'No one was spared': Sweida massacre leaves Syrians reeling

As the dust settles over IS attack that left 250 dead, some begin to wonder why the Damascus government allowed the disaster to happen 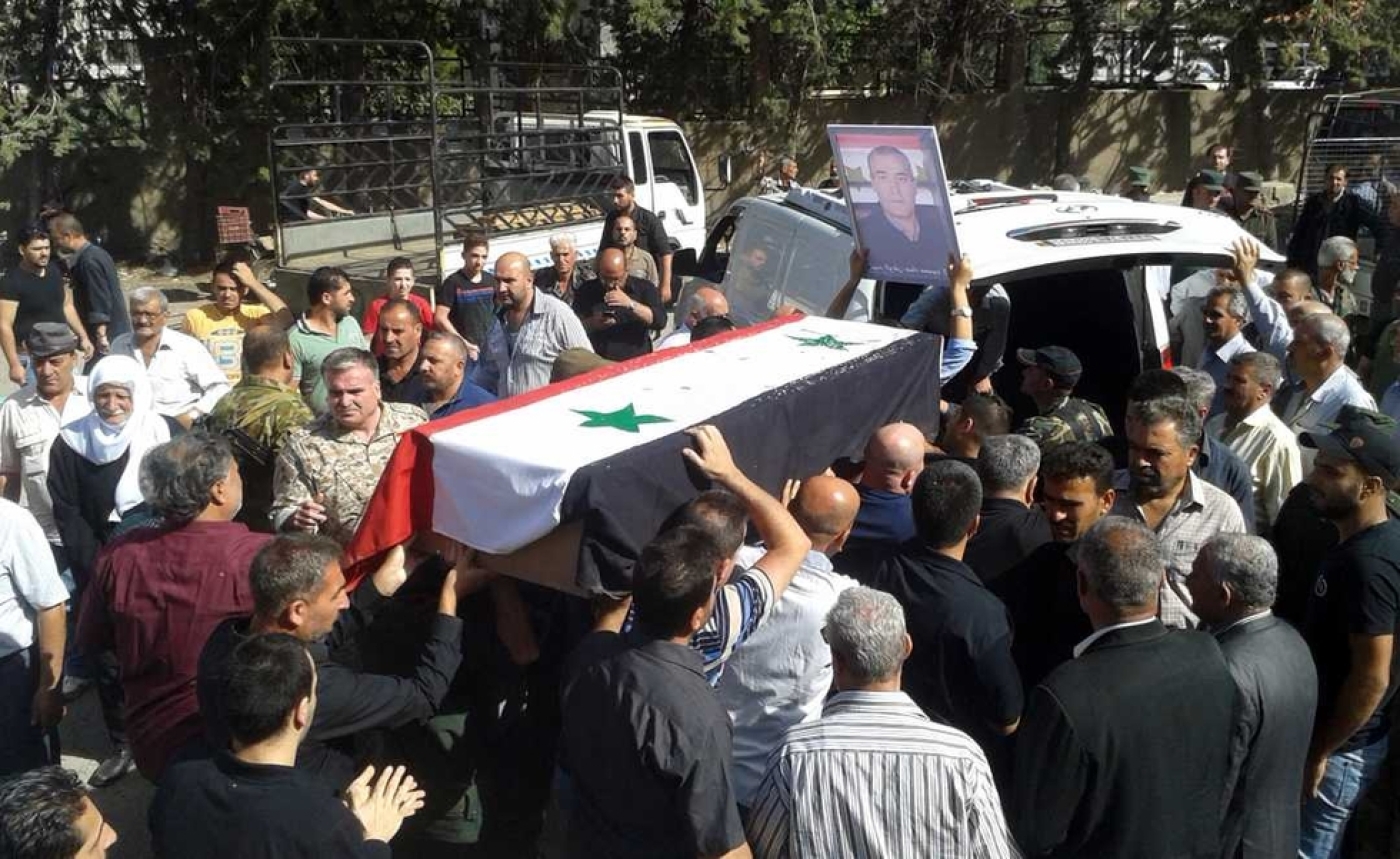 GAZIANTEP, Turkey- It was 6 am, and like any other day Asma al-Aswad was buying groceries for her family of five in the Syrian city of Sweida.

Walking down the road where she would typically buy groceries, a man parked his car and began selling fruit and vegetables.

Enticing people with his low prices, dozens began to approach the car. Aswad was one of those people, but, as she approached, the vehicle exploded.

"The man blew himself up and turned everyone who was near him into small fragments," 28-year-old Aswad recalled.

"I fell to the ground. The floor was full of dust and blood. Whoever did this wanted to kill as many people as possible. Most people would do their shopping at this time."

Assaults with guns and explosives followed the suicide bombing in the city of Sweida, on villages to its north and east. Government forces also killed two would-be suicide bombers, according to pro-Syrian government outlets.

A fourth blast hit the provincial capital later in the day. The Islamic State group (IS) claimed the assault hours later.

Aswad survived the IS attack on Wednesday. However, about 250 people were killed in the attacks that day, which marked the worst bloodshed to hit Sweida province since the civil war began in 2011.

According to the Syrian Observatory for Human Rights activist group, at least 45 IS militants died while carrying out the attacks.

But as Syrians inside Sweida come to terms with what took place, their anger is shifting towards Syria's government, which some believe turned a blind eye, letting the massacre take place.

Sweida, a province in southern Syria, is predominantly Druze. Since the outbreak of the civil war, the majority of the city has been under government control and seen relatively little fighting.

Survivors of this attack have begun to blame the Syrian government for "allowing" IS militants to come into the villages and cities of Sweida.

Hafez Karkot, a journalist and writer from Sweida city and now based in Holland, also said that residents had told him that the electricity was cut off during the attack.

"They [IS militants] entered 11 villages as far as we know. It was well organised - they marched while the electricity was down," 55-year-old Karkot told MEE.

"We don't know if the regime did that on purpose or not."

Since the attacks, residents have not shied away from expressing their frustration with the government for its lack of security in Sweida.

During a mass funeral to bury the dead, residents grew angry with the city's mayor.

Suspicions have also begun to mount that the government allowed the attack to take place so that it could remove the al-Aql brigade, a Druze militia in Sweida which claims to be "neutral" in the Syrian civil war, and take full control of the province.

The group has fought against al-Qaeda's one-time Syrian branch and has also had minor battles with government forces.

"Government military outposts in the area were unarmed and empty while the IS raids took place on villages," said Aswad. "Why did they allow this?"

Karkot also noted that the IS militants who stormed villages in Sweida had come from the northeastern border area where a Syrian government air base is based.

Civilians believe that the regime has blood on its hands

"Civilians believe that the regime has blood on its hands. Why is it that the fighters who killed those villagers in the north of the city came from the area which borders the al-Khalkhalah air base that belongs to the regime?" said Karkot.

"The government two months ago met the al-Aql leaders and told them to lay down their weapons," he said.

"But after that meeting, the Druze leaders refused to cooperate and instead vowed to protect its people and the city."

For now, Syrians like Aswad continue to grapple with the aftermath of Wednesday's attacks.

"The image of bodies has left me in shock and given me sleepless nights," she said.

"I now live my life in more fear than ever before, scared that the residents of Sweida will experience more brutal attacks.

"I can't go now to the shops. I have a constant fear that someone will bomb or blow themselves up."