Syrian refugees are not a ticking time bomb, but Lebanon’s exploitation of them is 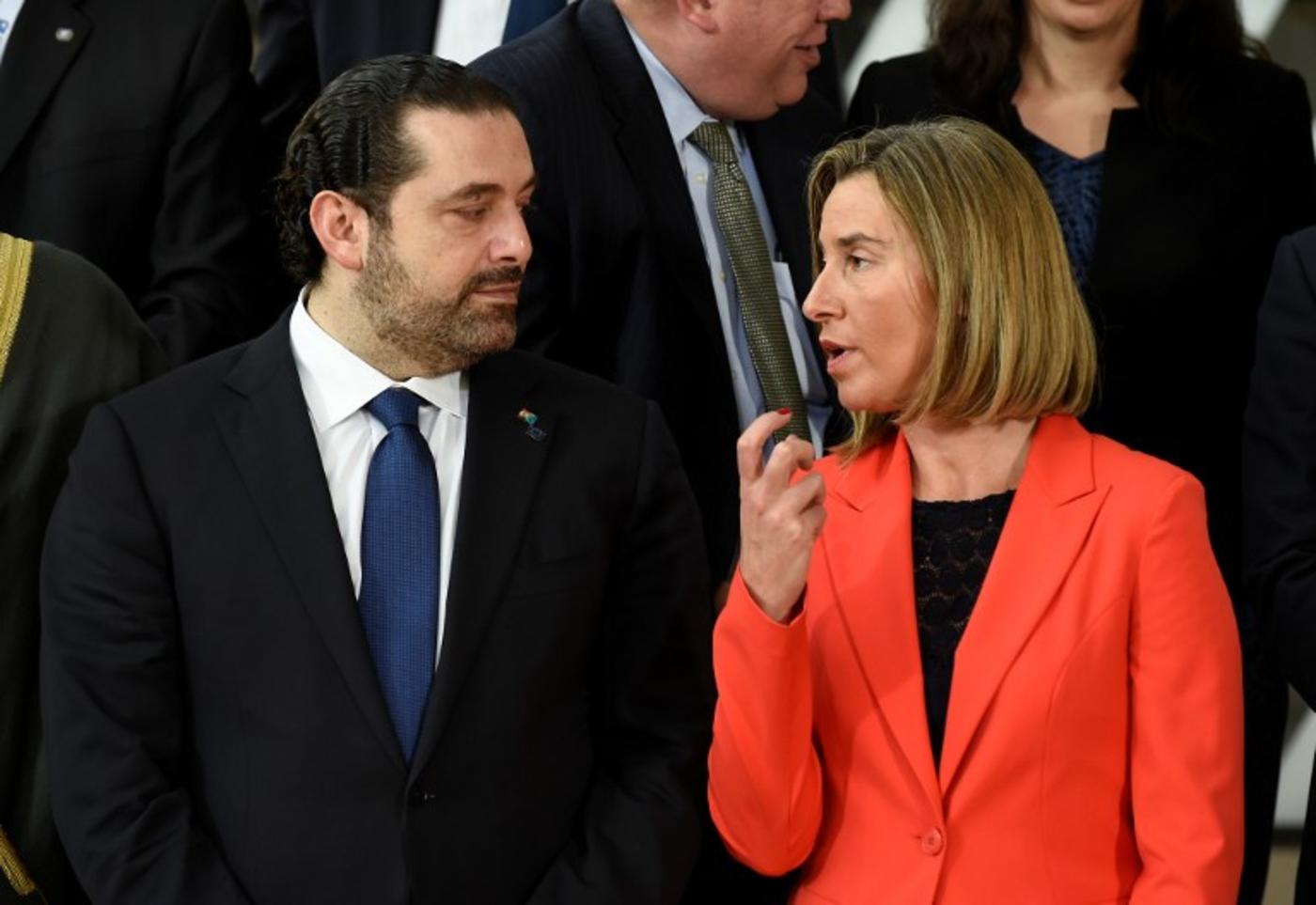 At the recent Syria conference which drew world leaders to Brussels to discuss how to support the refugees in the country, Lebanese Prime Minister Saad Hariri – on his first official European tour during his third stint as prime minister - discussed how they had negatively impacted the country’s economy and infrastructure.

"Invest in hope ... peace ... and support [Lebanon's] stability," Hariri said. “It’s not only about aiding refugees, it’s also about the future of Lebanon.”

And then he went in for the hard pitch: the international community should provide Lebanon with $10-12bn over the next seven years - otherwise Lebanon will refuse to keep them.

The following day at an event with the Hong Kong-based Silk Road Chamber of International Commerce in Beirut, he called on China to invest in Lebanon given the impact of the refugee crisis. “Investing in Lebanon today is preparing for the massive reconstruction of Syria,” he said.

And despite the government scrambling to agree on an electoral law which has all but extended the terms of MPs for a third time, Deputy Prime Minister and Health Minister Ghassan Hasbani announced this week that he will be meeting with World Bank officials in Washington DC on Wednesday to negotiate more aid. The money, he said in a press conference, will be used to rehabilitate Lebanese infrastructure and its health sector among others.

Trying to calm the protestors down, Hariri and his entourage were met with plastic water bottles raining down on them

Hariri and Hasbani's narrative is ideal for an international community that has shamelessly helped intensify the armed conflict in Syria while doing the bare minimum to take care of refugees who continue to suffer on land and sea.

But it is equally suitable to silence disgruntled Lebanese citizens that have become impatient, and rightly so, at the lack of public services, infrastructure, and social justice in their country.

Pitting the poor against refugees

In 2015, people took to the streets as a result of the garbage crisis – at least, that’s where headlines focused. But this went beyond trash. More broadly, protesters objected to government corruption, and the laundering and squandering of their tax money. Their complaints were met with teargas, water cannons, mass arrests, and rubber bullets.

When public sector workers escalated their calls for a wage hike through protests and strikes in early 2017, the government obliged, but then proposed new tax measures that would negatively impact the middle and working classes in Lebanon. A wave of protests took place, calling on the government to better manage public funds to fund the wage hike. Trying to calm the protestors down, Hariri and his entourage were met with plastic water bottles raining down on them.

Since his election last October, Lebanon's political elite have branded Michel Aoun’s leadership as a “new term” and an era of reform. In reality, while Lebanon's foundational components remain the same, the establishment has set in motion a demonisation campaign of Syrian refugees which has become integral over the past few months to policy planning.

While the government has adopted a rhetoric that promotes transparency and better financial management as a result of the wave of protests in 2015, the refugee crisis is always mentioned as a prime problem.

While Syrian refugees often work uncontracted jobs with no social security or insurance, they spend roughly $1.5bn in Lebanon per year

Energy Minister Cesar Abi Khalil’s justification for such a plan? Despite the lack of electricity and other basic public services agitating the public since the civil war ended in 1990, he said in February: “If it weren’t for the [Syrian] refugee crisis, Lebanon would have electricity 24/7.”

And in light of Lebanon’s increased security problems, notably the greater visibility of extremist groups like the Islamic State (IS), Jabhat al-Nusra, and groups affiliated with al-Qaeda, Hariri argued in Brussels that Lebanon’s security is “threatened” as a result of the socioeconomic impact of Syrian refugees.

The government has successfully convinced many people that Syrian refugees strain the economy. There are some pages on social media platforms that actively blacklist Syrian small businesses, encouraging "patriotic" citizens to boycott them.

However, the government fails to mention that while Syrian refugees often work uncontracted jobs with no social security or insurance, and receive pay roughly at half of Lebanon’s minimum wage, they spend roughly $1.5bn in Lebanon per year.

To add insult to injury, Syrian refugees in Lebanon are being systematically displaced across the country.

In February, the mayor of Hadath, south of Beirut, cracked down on Syrian businesses, implementing an order from Lebanon’s ministry of labour that limits the jobs Syrians are allowed to work. To make matters worse, Syrians residing in Hadath were forced to leave their homes too.

One month later, another town south of Beirut, Naameh, implemented the same measures. The mayor, who spoke to me on the matter, used the same justification: the Syrians are taking our jobs and oversaturating the economy. Syrian-owned small businesses were closed, and businesses employing Syrians with jobs that are not permitted under the ministry of labour were threatened to be shut down unless they fire them.

This is not a coincidence; the mayor told me that other towns will follow suit and have been in close coordination with each other.

Less than two weeks before the Brussels conference, the Lebanese army officially agreed to pull down 80-90 refugee settlements in northern Lebanon. While UNHCR says this will impact as many as 12,000 Syrians, activists estimate that up to 20,000 will be impacted.

Three thousand have been displaced thus far according to Human Rights Watch, also confirming that the military has not found another location for them.

This happens in light of Hezbollah and the Free Syria Army’s Saraya Ahl al-Sham’s negotiations to send Syrian refugees back through the Qalamoun Mountains to Syria.

In short, the Lebanese government is asking the international community for aid money while violating the principles of international law, namely forcibly returning those fleeing from persecution and violence.

Perhaps Hariri and other Lebanese political officials are right when they call Lebanon a ticking time bomb, but their causes for concern are a far cry from reality.

If Lebanon is to crash economically or experience a security crisis, systematic government corruption and the lack of transparent and effective state institutions will be the root cause, not helpless refugees fleeing war.

And while it is definitely no easy task to handle a refugee population that totals roughly a quarter of your country's populaton, the antagonising rhetoric towards them since day one indicates that perhaps that was the plan all along. Of course, the ideal scapegoats are those that are most defenceless.

The situation that Syrian refugees face in Lebanon is best described as tragic - because of Lebanon’s inability to look after them and because they have been used as a political tool by the ruling class to promote sectarian and xenophobic ideologies.

But most of all, their circumstances are tragic because of the way in which Lebanese leaders are willing to exploit the socio-economic suffering and security fears of both Syrian refugees and ordinary Lebanese people for their own gains.

Photo: Lebanese Prime Minister Saad Hariri speaks with High Representative of the Union for Foreign Affairs and Security Policy/Vice-President of the Commission Federica Mogherini during a conference on Syria and Region in Brussels on 5 April 2017 (AFP)