'Syrians are not ready to forgive': Without transitional justice, Syria cannot rebuild

Razan Saffour
The Assad regime is continuing its purge of all opponents, arguably more harshly than before 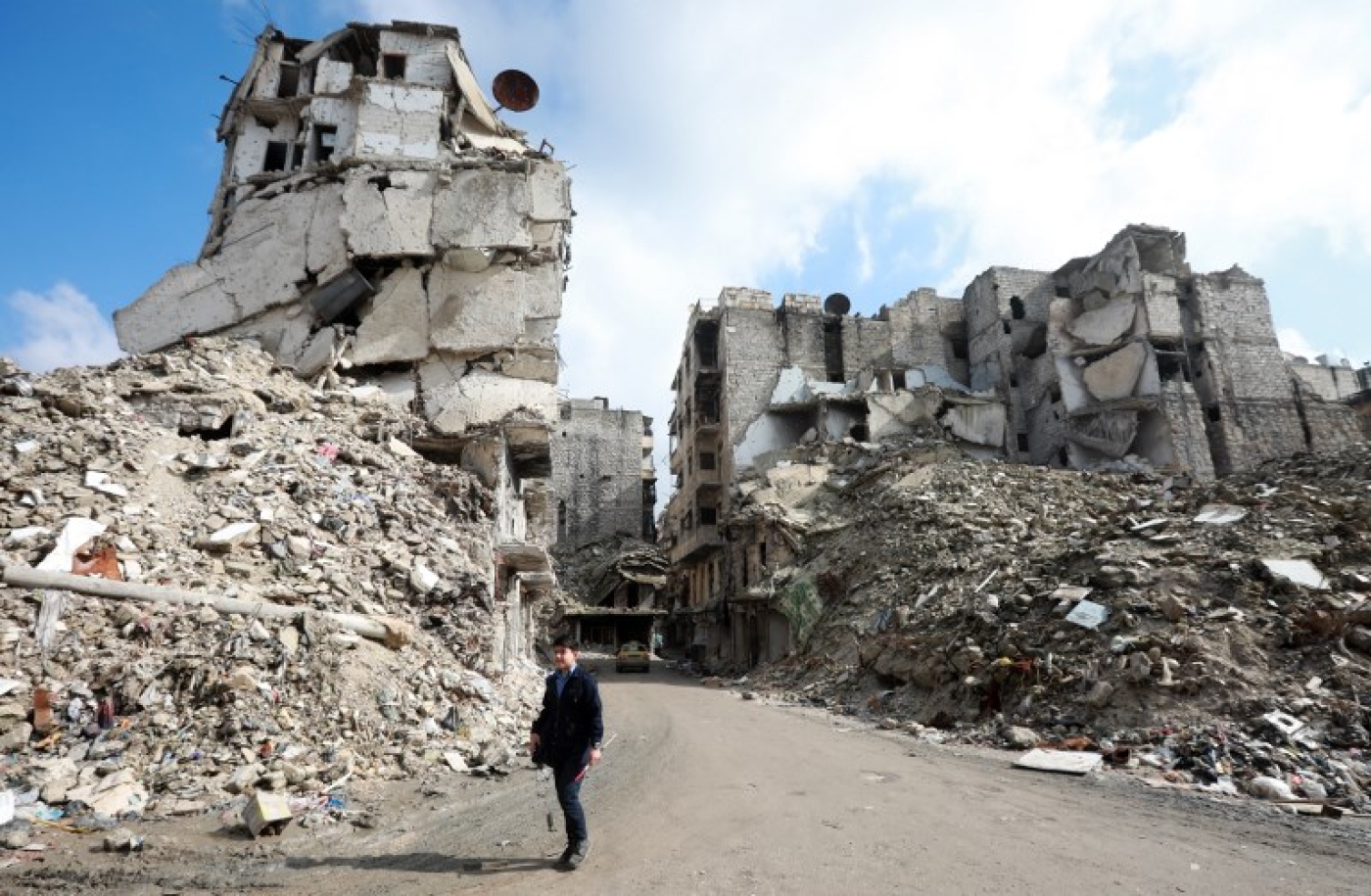 "How were you able to live together before justice was served? These people killed your family?" asked Sawsan, a Syrian urban planner in her late twenties and one of the participants of the Syrian Leaders Disapora programme.

The room fell silent at Sawsan’s question. All eyes intently focused on Eric, a former Rwandan footballer-turned-activist who watched his fellow colleagues massacred in front of him. We waited for the magical words to drop out of his mouth, so that we could recline back in our chairs, holding the key to peace in Syria in our hands.

But his answer didn’t satisfy the 20 young Syrians from different backgrounds, here to learn from the experiences of activists from war zones around the world. It was Sawsan who spoke up again: "I can’t sit by the mother of a dead soldier and understand her sorrows for the sake of unity. Her son killed my family and forced me out of my country, as I lived in a state of fear at having my asylum rejected and being sent back to my death. Before any type of reconciliation, I want justice.”

We all voiced our agreement, perhaps the first time we all found common ground during the workshop.

Transitional justice, the methods by which a country emerging from conflict seeks to redress human rights abuses, is a concept that tends to fall through the cracks as war gives way to less visible and more insidious forms violence, which international actors can ignore more easily.

The Assad regime is continuing its purge of all opponents, arguably more harshly than before, with housing laws decreed that render many Syrians homeless and at the state’s mercy.

Over the past two years, Syria’s civil society has pushed for transitional justice, while international actors and mediators have looked away

Over the past two years, Syria’s civil society has pushed for transitional justice, while international actors and mediators have looked away.

The eve of Valentine’s Day, however, brought a spark of hope, with the arrest of two former Syrian intelligence officers accused of crimes against humanity. This remains a belated start to something that should have taken place eight years ago.

Today, the United Nations is five years behind on an accurate death toll in Syria. The UN notes that it is difficult to verify the death toll, as though this is a reason for not continuing to record some of the biggest regime massacres in recent years. This has aided the Assad regime in further consolidating its rule after having destroyed the country, without a sense of justice or accountability.

Other countries should follow Germany’s example when it comes to prosecuting regime suspects. France has made efforts, issuing arrest warrants for some Syrian officials, but Rifaat Assad – the "Butcher of Hama" who, in 1982, led a massacre that killed up to 40,000 civilians – remains in France, facing corruption charges without a mention of this mass murder.

A trove of other lower-level regime affiliates have reportedly obtained asylum in Europe, many of whom are reported to have taken part in brutal crimes and possibly murder. Efforts should be made to track these men down and bring them to justice.

In what appears to be the international community finally taking a stance against the farce of President Bashar al-Assad’s “post-conflict” rebuilding and establishing himself as the winner of the eight-year war, the recent arrests come after the European Union issued sanctions against 11 prominent Syrian businessmen aiding the regime with its rebuilding propaganda.

Despite the EU sanctions, other governments, including in Lebanon, have moved in the opposite direction, giving citizenship by decree to several Syrian businessmen and officials linked to the Assad regime. The UAE also hosted a Syrian trade delegation led by Mohammed Hamsho, a close affiliate of Maher Assad who has been on the US Treasury sanctions list since 2011.

Since the Assad regime’s reconstruction project began picking up speed and demanding financial assistance, other stakeholder states have been more reticent, which is wise. Assad views this last phase of the conflict, which is being described by many as the "reconstruction phase", as an opportunity to consolidate and legitimise his position.

If transitional justice is to be taken seriously, accountability needs to be extended to as many regime officials and affiliates as possible.

At the recent Sochi summit, Russia, Turkey and Iran committed to continue working together to form a constitutional committee with an equal number of regime and opposition representatives.  This not only eases the normalisation for the Assad regime – championed by Iran and Russia, both complicit in the murder of Syrians – but fundamentally fails to address transitional justice.

It’s a concept that will not only be completely disregarded by the Assad regime, which has ignored any attempt by the international community to establish peace and transition, but also fails to understand the humanity that Sawsan – and most Syrians – hold. Syria war: Rebuilding in the middle of a cyclone
Read More »

An international community with no accountability measures has transitioned from a status of condemnation to acceptance, where regime propaganda is swallowed and the scale of its crimes remains unaccounted for.

While the UN has stopped counting deaths, Syrians haven’t. More than 500,000 Syrians have been killed over the last eight years, and most of the country’s infrastructure has been destroyed.

The speaker’s response to Sawsan’s question was simply that “we learned how to forgive from our hearts”, but Syrians are not yet ready to forgive decades of oppression.

Sawsan won’t accept a Syria without justice, and neither will the rest of us.

Razan Saffour is a British Syrian, currently working as a researcher at the TRT World Research Centre. She has completed a masters in history at SOAS, University of London and is active on Syrian matters. 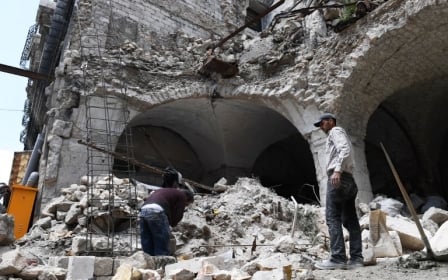