IS, terror and the moral hypocrisy of the West

Richard Silverstein
If the world shares Israel's outrage at the teenagers' deaths, why not the 500 Gazan kids? If killing three is terror, why is killing 2,100 not? 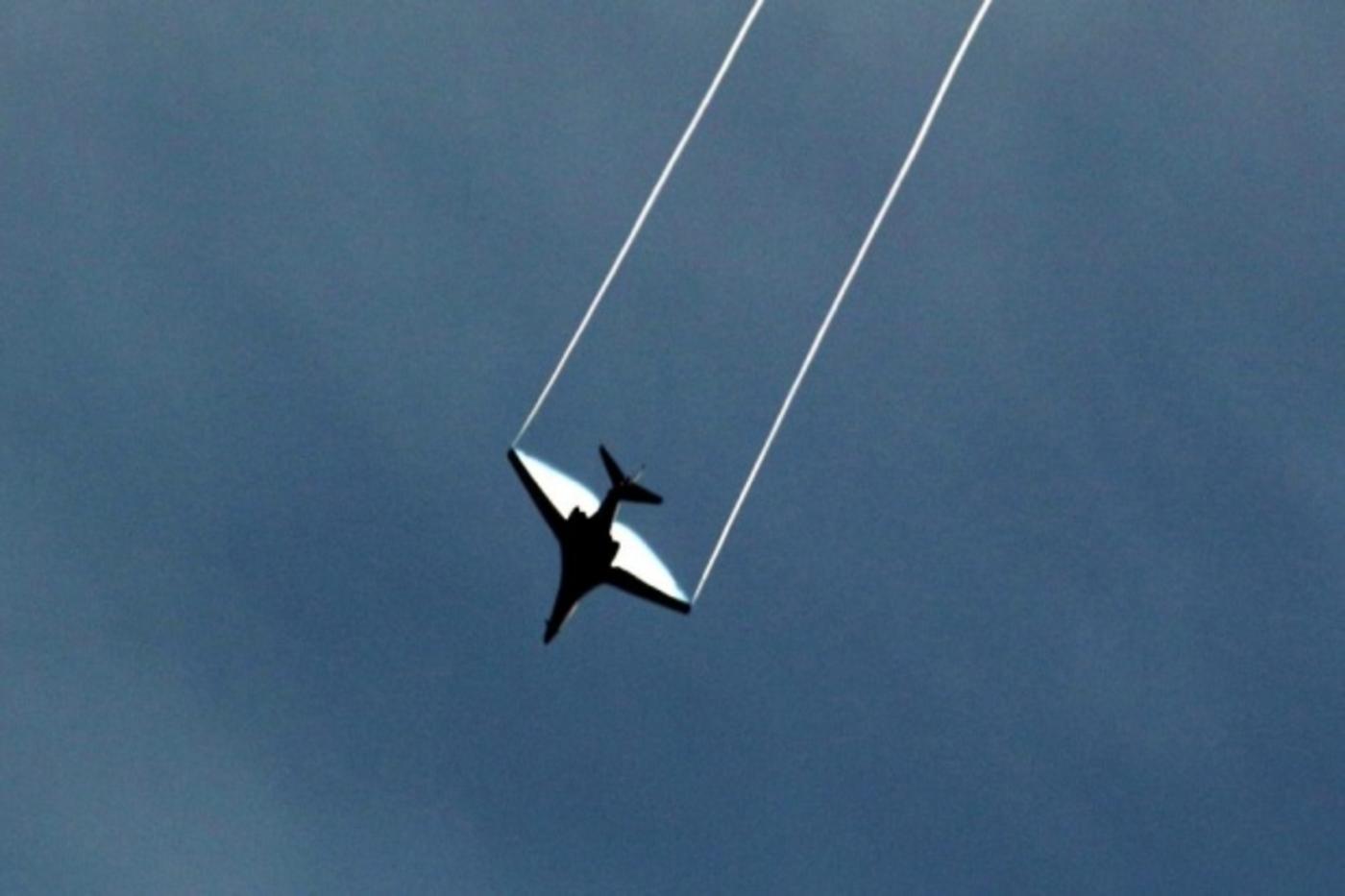 Over the past months the Islamic State (IS), which had been fighting the forces of Syrian President Bashar al-Assad and Syrian rebel groups, changed tactics and swept east from Syria and conquered vast swaths of largely-Sunni territory in western Iraq.  In the process, it massacred thousands of Shiites, Kurds, Yazidis and other minorities in its path.

More recently, IS developed a new tactic which both riveted and horrified the world. Gruesome videos of an IS executioner beheading westerners kidnapped in the violence of the Syrian civil war have swept social and mainstream media. These radical Islamists are odious. They ought to be, and have been rejected by the world, including Sunni Muslims themselves.

But there has been a strange transformation in the western attitude toward the group: when it was slaughtering Arabs and sweeping across hundreds of miles of Iraqi desert, we paid little heed. Yes, there were expressions of concern and security officials debated about the failure of the US strategy to prop up a dysfunctional Iraqi government whose army wilted in the face of IS. But there were no calls to arms. No vast mobilisation of international will to address the threat.

That only resulted from what, for IS, was a brilliant media tactic - airing and disseminating the executions of westerners via social media.  When one of our own was beheaded before our very eyes, then IS became something it hadn’t been while it was confining itself to killing Arabs: it became evil personified, an enemy of western civilisation, a force that must be exterminated. What had been merely a menace when it practically conquered an entire country (Iraq), became Satan himself when it killed three westerners. As a result, we mounted an international campaign costing over $400-million so far to roll back IS.

Less than a year before, in the midst of the Syrian civil war, foreign powers were falling all over themselves to fund and arm IS, the Nusra Front and Al-Qaeda offshoots. The Gulf States led the charge. Saudi power-prince Bandar ibn Sultan, who was its intelligence chief at the time, provided the radical Sunni fighters with hundreds of millions, if not billions, as Yossi Melman notes:

"…Myopia…afflicted Saudi Arabia, Qatar and the United Arab Emirates – all allies of the United States, driven by hatred for… The governments of these countries either turned a blind eye to the burgeoning al-Qaida branches, or even encouraged charity organisations and influential sheikhs to fund or provide religious support for the anti-Shiite struggle by al-Qaida."

"…The Saudi architect of this policy was Prince Bandar bin Sultan, the former ambassador to the US and until a few years ago chief of Saudi intelligence and its national security adviser. Approximately one year ago, when the Saudi royal family realised that it had helped create this uncontrolled monster, Prince Bandar was forced to step down – though his deteriorating health was given as the official reason for his resignation."

At one point, Bandar even secretly visited Israel to coordinate Saudi intelligence operations in Syria, Iran and elsewhere with his Israeli intelligence counterparts.

In other words, we helped make IS the monster it is. But once it escaped the bonds we created and began wreaking havoc like a golem, then we forget it was us who created it.

Drone War on the Muslim World

Our drone counter-terror strategy too has elicited outrage throughout the region. In our fervour to root out al-Qaeda, we’ve killed over 3,000 Muslims in Pakistan, Yemen, Somalia, Iraq, and Afghanistan. We are universally condemned for this. It only makes our purported enemies stronger, offering them an immensely attractive recruitment tool. But what do the drone killings offer us?  Only 4% of the dead are actual Al Qaeda militants. Most of the rest are civilians caught in the crossfire. What is it accomplishing?

And why is our rage for vengeance against IS pure and noble while the Muslim counter-reaction is bestial and uncivilised?

Let’s also not forget the millions of Iraqis and Afghanis killed during our invasions and occupations of their respective countries. Though some may claim there were important principles we were defending, it becomes clearer with each passing day that whatever those principles may have been, our expenditure in blood and treasure was for naught. Iraq is closer than ever to ethnic dissolution and God only knows what’s in store for Afghanistan as the Taliban becomes even stronger and challenges our allies there.

Do we believe the citizens of these countries will forgive and forget what we did there? Or that Muslims the world over will do the same?

When Palestinian militants kidnapped and murdered three Israeli teenagers a few months ago, Israel sent 10,000 soldiers to find them and track down the killers. This operation turned into a massive pogrom: 7 Palestinians were killed in protests, 500 were arrested, most having nothing to with the crime. Thousands of private homes were ransacked by the invading troops.

In a revenge attack, Israeli settlement youths kidnapped a 16 year-old East Jerusalem Palestinian. They beat him senseless with a tire iron, poured gasoline on his body and down his throat, and set him on fire. Though the killers were arrested and are being tried, and Israeli Jews expressed almost universal outrage, there was no mass movement to suppress the radical settler ideology that spawned this murder. Because that ideology is a powerful and mainstream political phenomenon in Israel. To do the right thing, Israel would have had to cut off its own right hand.

Israel’s mass violence in the West Bank spurred Hamas to launch rockets in solidarity against southern Israel. Though the aerial assault sent hundreds of thousands of Israelis into air raid shelters, the Palestinian ordnance caused only minor property damage.

Israel's response was to "go nuclear." Or, as they say in colloquial Hebrew, “the landlord went nuts.” It invaded Gaza, beginning a 50-day war that took 2,100 Gazan lives including 500 children. 70 Israelis died, almost all invading troops.

This slaughter was all for the sake of 3 Israelis who died in the original attack. This does not mean that those lives were not precious. Nor justifying the kidnapping and murder. But why are 3 Israeli lives worth 2,100 Palestinian? If the world shares Israel's outrage at the teenagers' deaths, why not the 500 Gazan kids? If killing three is terror, why is killing 2,100 not?

With regards to attacks committed by Hamas, some have argued that the original rapid growth of the Islamic movement was facilitated and encouraged by Israeli intelligence. Just as the CIA exploited the mujahedeen in the US Cold War battle with the Soviet Union, so Israel took advantage of the new Islamic group in its battle against Arafat’s secularist Fatah.  How quickly we forget, that in our hubris to promote our own interests, the monsters we create may, like Frankenstein, turn on their creators.

Returning to this past summer’s war, what did the world do in the midst of the carnage? Our State Department and virtually every other western government expressed shock and outrage at the Hamas rockets, but none at the massive killings by the Israeli army. Gaza today looks like Dresden after it was levelled by US bombers during World War II. Yet does anyone actually believe those generals who ordered the slaughter during Protective Edge will face the justice Nazi generals faced at Nuremberg? Or will they face no judgment, as the British and American generals who killed tens of thousands of Germans in the Dresden fireball?

In other words, there is a massive double standard here. Western lives are worth outrage. They are worth mounting a massive military campaign to oust IS. Muslim lives? Not so much.

Photo: A US-led coalition plane flies above the Syrian town of Kobane/Ayn al-Arab on 23 October, 2014 (AA)

A US-led coalition plane flies above the Syrian town of Kobane/Ayn al-Arab on 23 October, 2014 (AA) - See more at: http://www.middleeasteye.net/news/us-led-strikes-kill-more-500-militants-syria-135827284#sthash.DaT3x4zh.dpuf