'They started it' is getting us nowhere

Rachel Shabi
The cornerstone of this conflict is the occupation, an unchanging reality for the greater part of Israel’s existence as a state 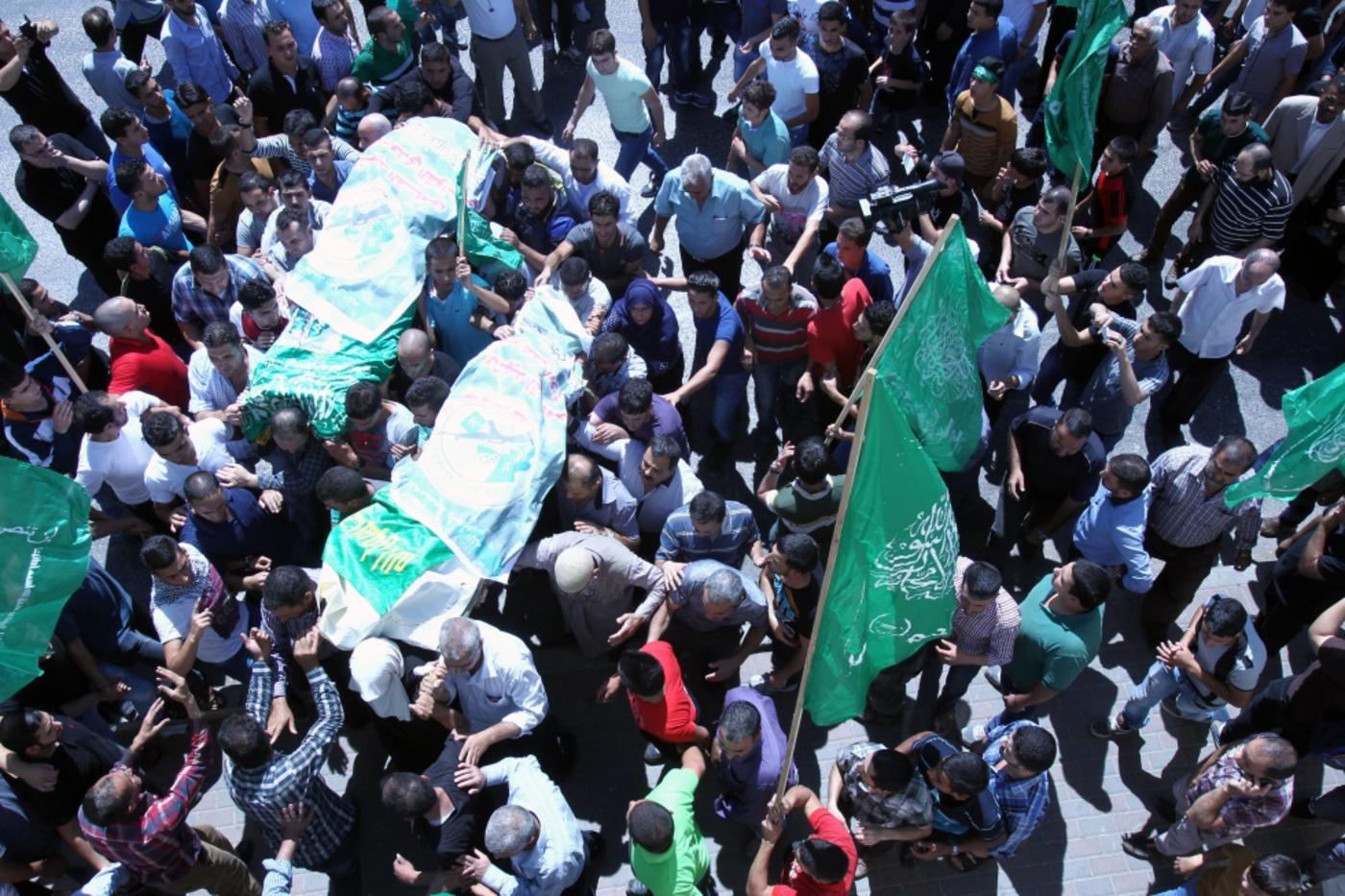 Perhaps because it happened on the same day that the US launched airstrikes in Syria, these killings didn’t get swaths of attention or analysis. Maybe because of the timing, Israel’s announcement that it had killed two Hamas operatives in Hebron, in the occupied West Bank, had the air of a footnote about it - a final entry before closing this particular chapter in an endlessly tragic story.

But still, it seems a little jarring, given the horrifyingly deadly events that preceded it.

On Tuesday, in what the Israeli army said was an exchange of gunfire, its forces shot and killed Marwan Qawasmeh and Amer Abu Eisha - two men Israel holds responsible for the kidnapping and killing of three Israeli teenagers in the West Bank in June.

Described as Hamas men, there is still no conclusive proof that they were given a direct order to carry out those shocking abductions by Hamas leadership. Just weeks ago, the New York Times stated that newly released documents related to the investigation provided “no evidence that the top leaders of Hamas directed or had prior knowledge of the plot to abduct the three Israeli youths.”

But from the start, Israel held Hamas directly responsible - Prime Minister Benjamin Netanyahu said as much, repeatedly. And the abduction of those teenagers was widely reported as the event that set off the latest terrible violence between Israelis and Palestinians (although the kidnapping was itself immediately preceded by the deaths of two Palestinian teens, killed by Israeli sniper fire on Naqba day).

In this sequence of events, the kidnapping triggered an Israeli crackdown in the West Bank, during which nine people were killed, 800 were arrested and tens of thousands hemmed in by security sweeps and closures - in what Amnesty described as “collective punishment.”

That, predictably, prompted rocket fire from the Gaza Strip - and then came Israel’s Operation Protective Edge, the huge military assault on the densely populated Strip that left over 2,200 Palestinians dead, a quarter of them children.

Given the terrible events precipitated by those deadly abductions, the Israeli army’s commentary on Hamas men it killed days ago is significant.

On Tuesday, BBC World Service asked Israeli army spokesperson, Peter Lerner, about the correlation between the abductions and the war in Gaza - and this is what he said:

“There is really little linkage except for the fact that both the rockets and the tunnels coming out of Gaza into Israel and the terrorists that carried out the attacks [abducting three Israeli teenagers], there is little linkage between the two incidents. The timeframe of course… we were carrying out an operation against Hamas in the West Bank, in Judea and Samaria, in order to catch the people who are responsible for this action and at same time, Hamas in Gaza decided to launch a huge barrage of rockets into the state of Israel.”

So now this trigger for the Gaza war is apparently unrelated after all.

And the direct order from the Hamas leadership to carry out the kidnapping? According to Lerner, operatives in the West Bank “don’t need a direct order to go and carry out an attack,”  because of the general atmosphere of terror. The thinking is that, since Hamas supports kidnapping, nobody needs to be told to carry out such acts. By this logic, you might also argue that Israelis didn’t need to be told to kidnap and burn alive the Palestinian teenager, Mohammed Abu Khdeir, because provocative and vengeful comments made by some Israeli Knesset members had created a “general atmosphere” of retaliation.

In some way, however, to dwell on this constant reframing of events would be to fall into a familiar trap. This discussion of “who did what and when,” in itself, plays into right-wing Israel’s favourite narrative, which is, “They started it.”

Think of the reams of column inches, energy and time dedicated to this pursuit: of who started which exchange of deadly firepower; of whose rockets were in response to what trigger; of who agreed to which ceasefire and who first broke it.

Of course facts matter; narratives count and historical chronologies are important. Reports and media scrutiny of events on the ground will always be vital. But what gets lost in all this back and forth, sometimes, is the corner stone of this conflict: the Israeli occupation, which has tragically and avoidably been an unchanging reality for the greater part of Israel’s existence as a state.

And there is an accompanying, inescapable truth about occupation, anywhere: its enforcers will do what it takes to maintain it, while those it is imposed upon will always fight and resist it. We can talk endlessly about everything else, but whichever route we take, however many diversions we throw in its path, the conversation will always come back to this essential point.

So in this sense, perhaps it is better that this last portion of the conflict’s summer of violence does not garner a deluge of back-and-forth debate. Forty-seven years into a military occupation, this stuck record scrutiny is becoming irrelevant. We are so far beyond “who started it;” the only talk worth seriously engaging with now, is how to bring about a universally just and peaceful end.

Rachel Shabi has written extensively on the Israeli-Palestinian conflict and the Middle East and is the author of the award-winning book, Not the Enemy: Israel's Jews from Arab Lands.

Photo: Mourners carry the bodies of Amer Abu Eisha and Marwan Qawasmeh during their funeral in Hebron on 23 September (AFP) 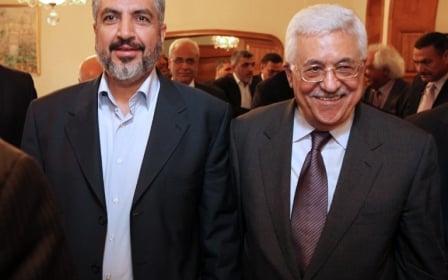