Trump's 'maximum pressure' strategy is dangerous and should end On 19 June, based on allegations from Iran’s archenemy Israel, the International Atomic Energy Agency (IAEA) adopted a non-obligatory resolution initiated by three European countries (Germany, France and Britain) calling for Iran to give inspectors access to two sites where the country is thought to have had nuclear activities two decades ago.

“Those who have made it a policy objective of destroying the JCPOA are now trying to … advance the same agenda,” Iranian Foreign Minister Mohammad Javad Zarif said, noting that the IAEA’s processes were being abused to undermine the nuclear deal, known as the Joint Comprehensive Plan of Action.

In May 2018, US President Donald Trump withdrew from the nuclear deal in an effort to dismantle the legacy of his predecessor, Barack Obama, and to bring regime change to Iran through a “maximum pressure” policy. The escalatory spiral in US-Iran relations intensified after the US sanctioned Iran’s supreme leader and foreign minister, and assassinated General Qassem Soleimani in a drone strike.

The chronology of US policies against Iran in recent months suggests that Trump is looking to drive the final nail into the coffin of the nuclear deal, ensuring he leaves no chance for the next US administration to revive it or engage in any form of rapprochement with Iran.

By destroying the deal, the Trump administration effectively dismantled the most comprehensive mechanism of inspection in the history of the NPT

Last month, Secretary of State Mike Pompeo announced that the US was terminating the remaining sanctions waivers enshrined in the nuclear deal. With that move, Iran now has every legitimate reason to enrich uranium to a level of 20 percent purity, instead of limiting it to under five percent.

It also gives Iran legitimacy to redesign its heavy water facilities at the Arak reactor. Kelsey Davenport, the director of nonproliferation policy at the Arms Control Association, has said that “ending waivers that allow Tehran to import fuel for the reactor hands Iran a justification to resume enriching uranium to 20 percent, a level that is below weapons-grade but poses a more significant proliferation risk than Iran’s current enrichment”.

Earlier this month, the Washington Free Beacon revealed that Congressional Republicans would unveil the largest package of Iran sanctions in history, with more than 140 new initiatives. Under the plan, the US government would be barred from lifting sanctions without first obtaining consent from the House and Senate.

The US has also presented a draft resolution to the Security Council to extend a UN arms embargo on Tehran. The real US strategy is to “snap back” all UN sanctions on Iran, with full knowledge that Russia and China would not agree to renew the arms embargo, which is a clear violation of the nuclear deal and UN Resolution 2231.

The Trump administration has imposed comprehensive sanctions against Iran, crippling its economy. Iran’s main source of foreign revenue, namely its oil exports, have plummeted from 2.5 million barrels a day to almost zero in the last couple of years, and its currency has hit record lows. Yet, Trump has achieved none of his political agenda.

Iranian President Hassan Rouhani has already informed the other parties to the nuclear deal that Iran may leave the Nuclear Non-Proliferation Treaty (NPT) if the nuclear file is referred to the UN Security Council.

Based on a report published this month by the Stockholm International Peace Research Institute, the nine nuclear-armed states - the US, Russia, the UK, France, China, India, Pakistan, Israel and North Korea - together possess an estimated 13,400 nuclear weapons, around 3,720 of which are currently deployed with operational forces and nearly 1,800 “in a state of high operational alert”.

The irony about nonproliferation and the role of the IAEA is that while Iran possesses zero nuclear bombs, and its nuclear programme is the most inspected in the world, the Iranian nuclear file has remained a priority of the IAEA and the US for the past two decades.

In 2019, Iran reportedly received 21 percent of all visits to nuclear sites around the world by IAEA inspectors, and more than 90 percent of the visits by inspectors to the 62 countries that have signed the Safeguards Agreement with the agency and its Additional Protocol.

As Obama has stated, the JCPOA contains the most intrusive inspection and verification system ever negotiated to monitor a nuclear programme. By destroying the deal, the Trump administration effectively dismantled the most comprehensive mechanism of inspection in the history of the NPT.

Conversely, by honouring the commitments under the deal, the next US president - which could be Trump, if re-elected - could ensure that Iran’s nuclear activities remain peaceful. It could also apply the accord as a workable model across the Middle East, where fears of nuclear weaponisation are real and present. The JCPOA was a significant credit for the NPT, and if fully enforced, could ensure a Middle East free of nuclear weapons. 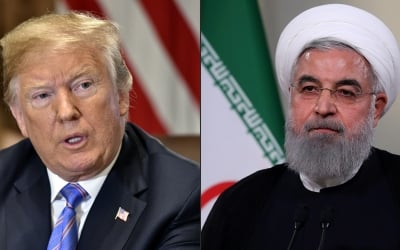 Recent developments suggest the White House and Israel are trying to confront Iran before the US presidential election in November, a path destined to escalate instability across the Middle East.

Trump’s withdrawal from the nuclear deal was illegal and immoral. Forcing the return of UN sanctions on Iran against the will of the rest of the council would tarnish the body’s credibility, undermine multilateralism and sabotage the role of the UN.

The “maximum pressure” strategy employed by the US has created a lose-lose outcome for both the US and Iran, along with the entire Middle East region and the international community. This vicious cycle needs to end, and it is high time the Trump administration recognises the folly of pursuing it.