Trump's Muslim ban: Iranian-Americans are treated like the enemy within 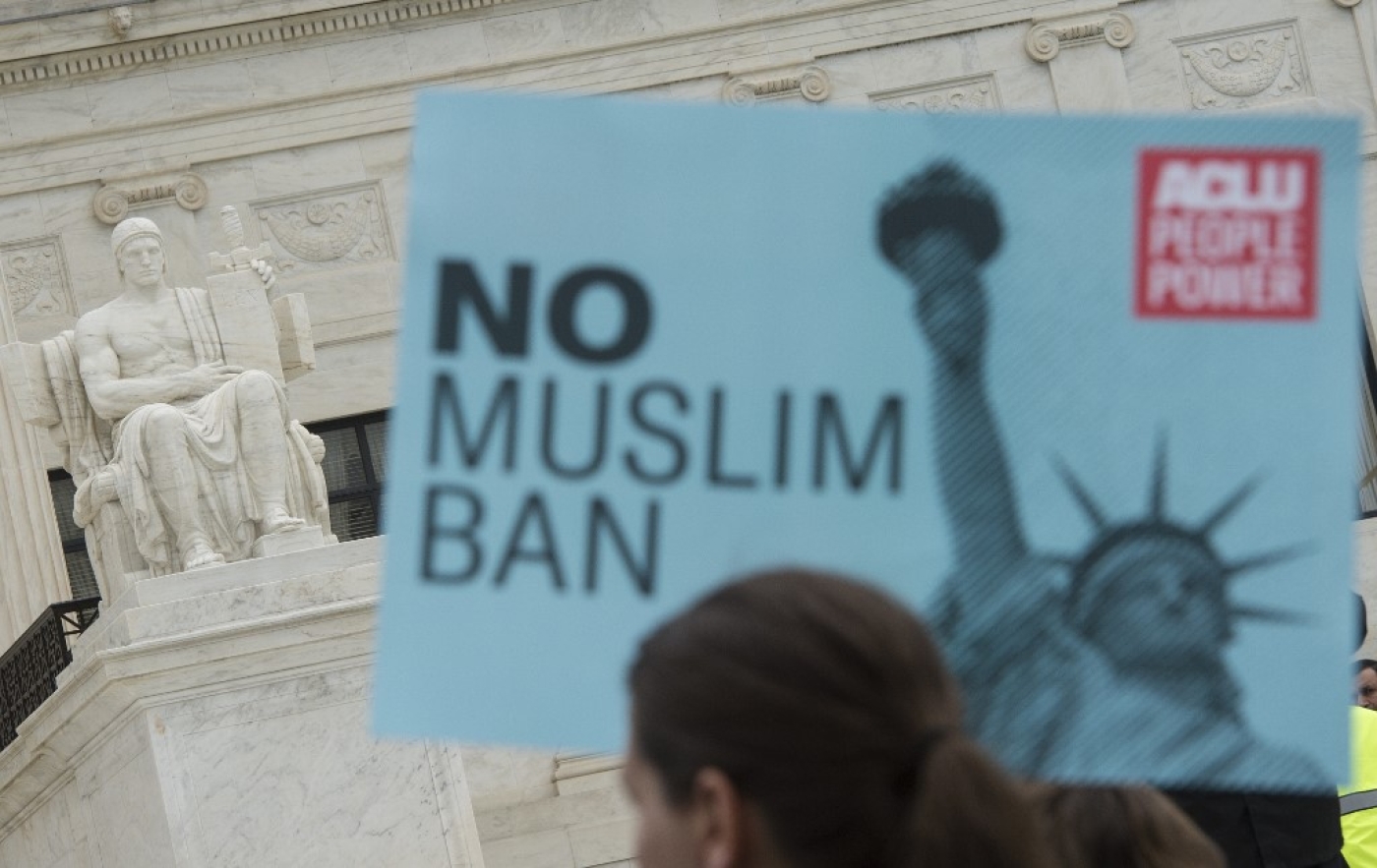 “I’ve stood with you since the beginning of my Presidency, and my Administration will continue to stand with you,” US President Donald Trump said on Twitter in Farsi last month, presumably talking to the Iranian people.

My reaction as an Iranian-American was one of sheer rage. This is a president who issued a ban targeting Iran and other Muslim countries, imposed devastating sanctions on the people of Iran, and threatened to bomb Iran’s cultural sites. His administration has detained and deported Iranian students with valid visas, and treated Iranian-Americans, including US citizens, as suspects.

The recent expansion of Trump’s Muslim ban only serves to show that this president is fully committed to his Islamophobic agenda. Anything coming out of his mouth about support for the people of Iran should be ridiculed and dismissed.

The US government has a long history of criminalising entire groups of people based on their descent or faith, even US citizens. This includes the infamous incarceration of 120,000 Japanese-Americans during World War II, and more recently, the discriminatory treatment of Muslim-Americans after 9/11, including roundups and deportations.

The "othering" of entire groups of people has only grown in mainstream media and politics. Trump became president on a platform charged with Islamophobia, demonisation of immigrants, antisemitism and racism.  Only a week after his inauguration, he enacted the Muslim ban, as he had promised during his campaign. Since then, hate crimes targeting Muslims have surged.

Despite Trump’s professed "love" for Iranians, his administration is rejecting Iranians’ applications for waivers under the Muslim ban more than nationals of any other banned country. It approved only 2.9 percent of applications by Iranians seeking to reunite with their spouses in the US between December 2017 and March of last year.

I, like many other Iranian-Americans, started the new year with a feeling of doom after the US government assassinated Iran’s top general, Qassem Soleimani. The realisation that the fate of 81 million people rested entirely on the whims of one man was unbearable. As a vocal critic of war, I started getting attacked immediately; someone accused me of “siding with the enemy”.

These feelings of despondency were heightened after hearing accounts of fellow Iranian-Americans being targeted by the government.

At the US-Canada border during the first weekend of January, dozens of people were held for secondary screening, including US citizens. Their passports were confiscated, with some held for 12 hours. Many were questioned about their backgrounds, recent time spent in Iran, occupations and political leanings.

According to a report in the Intercept, Crystal (a pseudonym) and her family, all US citizens, were held for 11 hours. When Crystal’s mother asked why they were being pulled over, the officer reportedly said: “It’s just a really bad time for you guys right now.” They were held in a processing office with at least 60 others, including children and elderly people. “There was only one toilet for all of us, and it was filthy,” Crystal said. “It ran out of toilet paper. It ran out of paper towels.”

Customs and Border Protection denied people were targeted because of their Iranian descent. But in an email obtained by the CBC, a border officer said they were in fact told to target Iranian-born travelers.

The officer said that the only reason Iranian-Americans were detained and questioned that weekend was due to their ethnicity, and that the operation was unethical and possibly unconstitutional, the CBC reported. The actual directive is now available.

On top of this, since August, more than a dozen Iranian students with valid visas pursuing higher education in the US have been detained for long hours and questioned extensively at various airports while being treated in a humiliating fashion, before having their visas revoked and being sent back to Iran. This, after having gone through a notoriously long vetting process. At least one student said he was forced to wear handcuffs and leg cuffs.

Mohammad Elmi, who was going to pursue a PhD at the University of California, Santa Barbara, said “they treated me like I was a terrorist”. He was reportedly detained for 24 hours and searched and questioned repeatedly, before being deported.

Another student, Amin, who was going to start a PhD programme at the University of Florida, said he was chained and taken to an immigration detention centre in Georgia, where he was imprisoned overnight. “The moment I entered the cell, I lost my spirit,” he said, according to a report in the New York Times. Shahab Dehghani, an Iranian student who planned to study economics at Northeastern University, was recently deported in complete disregard for a federal court order - an action that senators Edward Markey and Elizabeth Warren, along with Representative Ayanna Pressley, called “shameful, irresponsible, and completely unacceptable”.

At a rally at the Atlanta airport following the enactment of the Muslim ban three years ago, I posed the question: “Is being Iranian-American, Iraqi-American, Libyan-American a crime in Trump’s America?”

The same question still lingers in my mind and in the minds of many fellow Iranian-Americans and Muslim-Americans.

The assumption of guilt based on faith and descent is wrong and must be condemned forcefully. The Muslim ban - and all other discriminatory policies targeting Muslim-American and Iranian-American communities - must be repealed, not expanded.

Azadeh Shahshahani is the Director of Legal & Advocacy with Project South. She received her JD from the University of Michigan Law School. She also has a Master’s in Modern Middle Eastern and North African Studies from the University of Michigan. She has worked for a number of years in the US South to protect and defend immigrants and Muslim, Middle Eastern, and South Asian communities. She previously served as president of the National Lawyers Guild and as National Security/Immigrants’ Rights Project Director with the ACLU of Georgia. She also serves on the Advisory Council of the American Association of Jurists and on the Board of Directors of Defending Rights and Dissent. 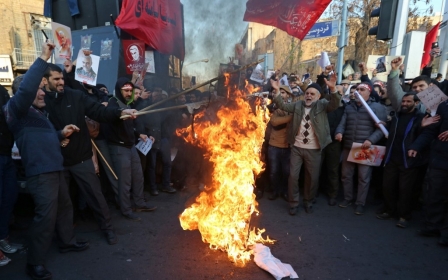