Basheer Nafi
Trump's election has mobilised an ultra-nationalist bloc against equality, free trade and multiculturalism that have defined modern America 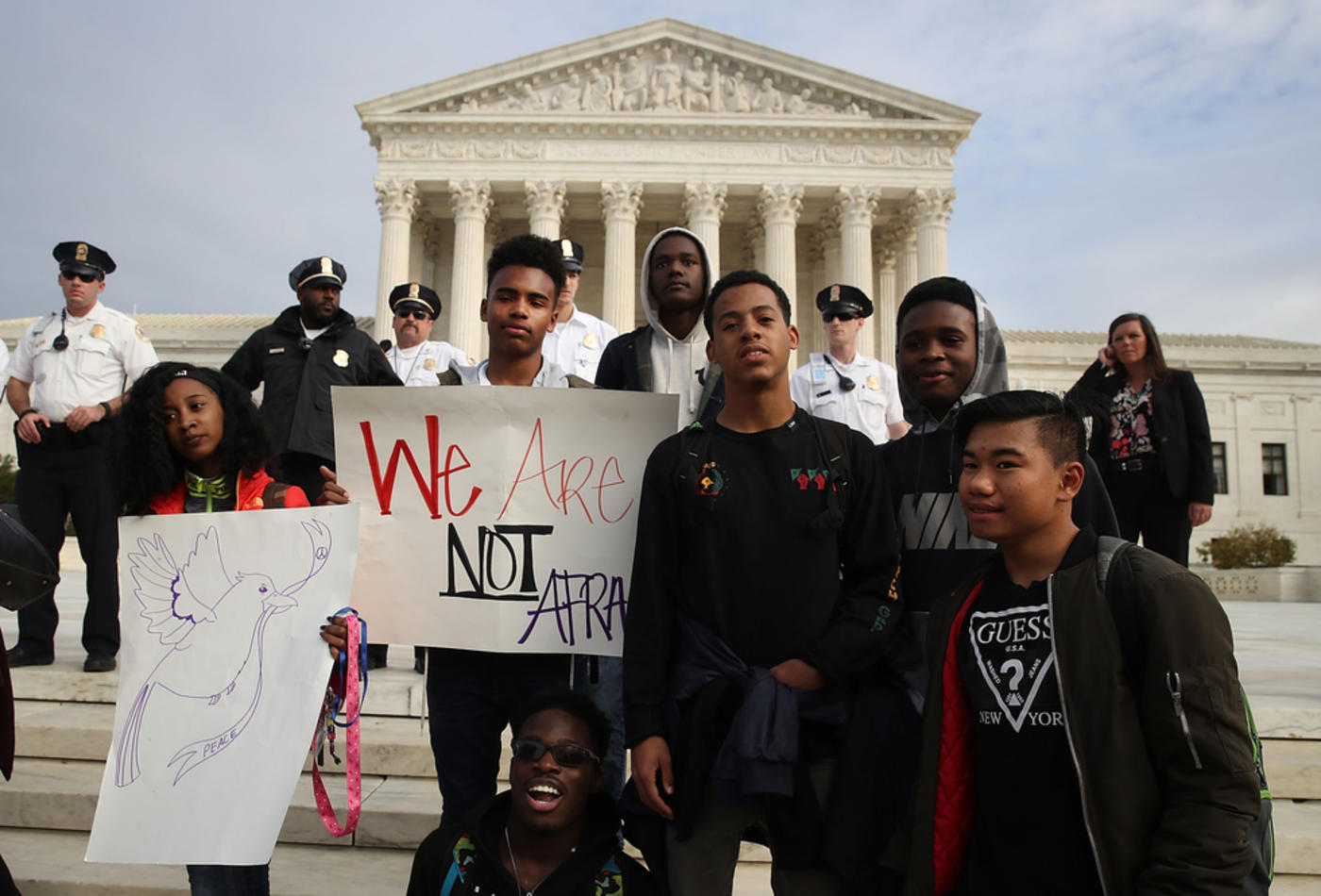 The election victory of American billionaire Donald Trump came as a shocking surprise for many Americans, including leaders and experts within the Republican party that he represents. But it was also a shock for the overwhelming majority of politicians around the world, including the allies of the United States themselves.

The surprise wasn't a result of mistaken opinion polls, because these forecasts are often wrong. Politics is not a science like physics or biology and polls do not enjoy the certainty of mathematics.

The shock came because of the huge gap between Trump’s discourse and promises on the one hand and what this country means in its liberal capitalist manifestation, the post-Cold War state, on the other.

READ: What will Trump do the day after his 9/11

For many Americans, Trump’s win is a burdening nightmare. He is the candidate who humiliated millions of Mexican immigrants describing them as drug traffickers, rapists and criminals; who pledged to expel more than 10 million unregistered Mexican residents; and who did not hesitate to designate Muslims as terrorists, promising to ban them from entering the country.

He is the candidate who made fun of the physically handicapped; who did not conceal his contempt for women, treating them as mere commodities for consumption; who viewed his opponents, more than half of the American population, as mere morally decadent liberals; and who, as a candidate, was not even able to win the majority of votes.

It is this man that will become the 45th president of the United States of America.

For Washington’s allies, the election was more frightening: not only did Trump not conceal his admiration of the model of the strong authoritarian leader, he also went as far as threatening to undermine the foundations upon which the Western liberal system has relied since the aftermath of the Cold War.

READ: For a glimpse of Trump's future torture regime, look how America abused this pregnant woman

Trump warned the US’s NATO allies that he would abandon the Alliance if the fail to meet his demands, including relinquishing the responsibility of defending countries that are threatened by Russia. In addition, he did not conceal his determination to abandon the Paris agreement for climate and environmental protection.

He also declared that he would seek to wage a commercial war against China (which is overtaking the US economy as he repeatedly remarked during his election campaign). He also said he would trash the nuclear agreement with Iran.

Throughout more than a year of election battle, Trump did not hesitate to reveal his radical nationalist inclinations. Within the American context, in the country of immigrants who came from all over the world, the most pluralistic and most ethnically, racially and religiously diverse country, radical nationalism assumes special meaning and significance: the manifestation of fascism and its implications.

Trump wanted to mobilise and motivate the white American bloc, which feels threatened by the rapid demographic changes in the land of migrants, the policies of equality among citizens and the profound economic changes brought by modern technology and international trade.

All American presidents, whether Democrats or Republicans, have adopted conservative policies in social, cultural or economic spheres.

But Trump is the first ever to express extreme conservative inclinations in all three spheres at the same time: an inclination hostile to international trade; a blind hatred for the majority of humans who are neither white, nor Christian; and an explicit call for abandoning the gains of equality and liberty made by the various constituencies of American society during the past few decades.

America is almost the only country in the world that was built upon an idea rather than an exclusive nationalist conception of a population inhabiting a specific territory.

Even as it uprooted the indigenous population and banished them from their homelands, as it enslaved Americans of African ancestry, as it waged one imperialist war after the other, not a single American president was able to revoke the promises of liberty, equality and human dignity that are enshrined in the Declaration of Independence, nor was any president able to rewrite the constitution according to his own whims.

Trump is the only complete contrast of the idea upon which American was built and of the promises enshrined in the US Declaration of Independence and in the US constitution.

There are, of course, reasons for Trump’s win. Trump was able, in specific and crucial states, to present himself as a spokesman for the plight of the working class and lower middle class white voters.

Traditionally, these groups were part of the election constituency of the Democrats. However, during the past few years, and especially in the aftermath of the 2008 financial and economic crisis, the Democrats left all these groups behind them. Not only did Trump manage to win all these to his side, but he also succeeded in mobilising them to cast their votes, raising the overall percentage of white voters from 60 to 70 percent.

The majority of these people are hostile to the rapid changes in global production patterns that have seen the closure of the factories where they have worked and a decline in job opportunities within traditionally industrial states.

As a result, they see themselves losing the historic privileges they have so far enjoyed. They believe that their loss is a result of the competition from cheap Chinese commodities and cheap migrant workers, World Trade Organisation agreements that are unfair to the US, and the seizure of power and decision making positions by liberals.

They feel they have lost their advantages to campaigners for equality among the whites and blacks, between men and women, between homosexuals and others, between Muslims and Christians and between Latino immigrants and those upon whose shoulders the USA was built in the first place.

Trump has fulfilled his duty toward the white working class bloc of voters as no presidential candidate has done before. He did not hesitate to formulate implicitly fascist messages that addressed their concerns and acknowledged their perception of danger.

Many Americans believe that their country is truly great for having elected a black president for two successive terms, and especially because this president managed to salvage the country from an economic abyss, deliver it from destructive wars and restore its image in the world.

However, Trump’s most prominent slogan in his election campaign was: “Let’s make America great again.” This would seem to imply that the liberal black president, Barak Obama, caused America’s collapse and the loss of its sources of empowerment.

Trump’s second outcry was: “Let’s take back our government.” This would seem to suggest that the black president and a bunch of Washington liberals stole the American state from its rightful owners, the block of white voters.

In other words, Trump succeeded in increasing the division within American society by raising concerns about the future, deepening hatred among the different components of American society and leading a full-fledged coup against promises of the Constitution and those of the Declaration of Independence.

But this is certainly not the end of the road. The modern state was born in the first place on the two sides of the Atlantic. Not only did the West succeed in democratising this state and making it more responsive to the will of the majority, but it also succeeded in reinforcing the institutions upon which the state is supposed to rely: the neutral bureaucracy, the rule of law, the separation of powers, the independence of the judiciary and the freedom of civil organisation.

These institutions, and not just election terms, play a huge role in rationalising the ruling authority and every president governs in accordance with their terms and conditions.

Trump should take into consideration the extensive liberal opposition to his discourse and proposed agenda. Irrespective of the reasons and significance for his victory, there is no doubt that American society is today much more liberal than it was a generation ago.

The rallies organised early on immediately following the victory of the New York billionaire may point to the beginning of a wide confrontation his administration will not be able to ignore.

Not much can be said with certainty about the manner in which Trump will rule or about the policies he is likely to adopt.

What is certain, however, is that his presidency will represent a period of fierce conflict between fascist tendencies on the one hand and state rationalism and the values of freedom, equality and human dignity on the other.

Photo: Washington DC area students protest the election of President-elect Donald Trump, in front of the US Supreme Court. The election of Trump as president has sparked protests in cities across the country (AFP) 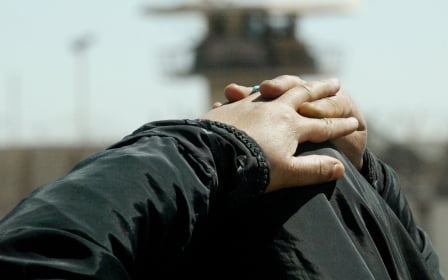 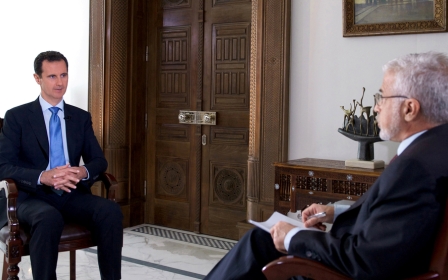 Syria War
Assad: Donald Trump is a 'natural ally' in fight against 'terrorism' 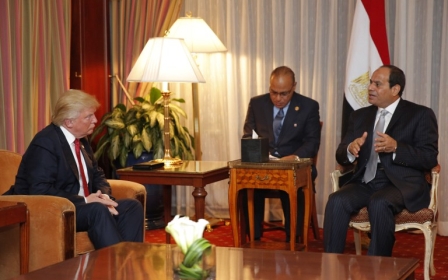