Nafeez Ahmed
Despite his rhetoric as a hard man against terror, Trump is happy to do business with governments that have links to extremists 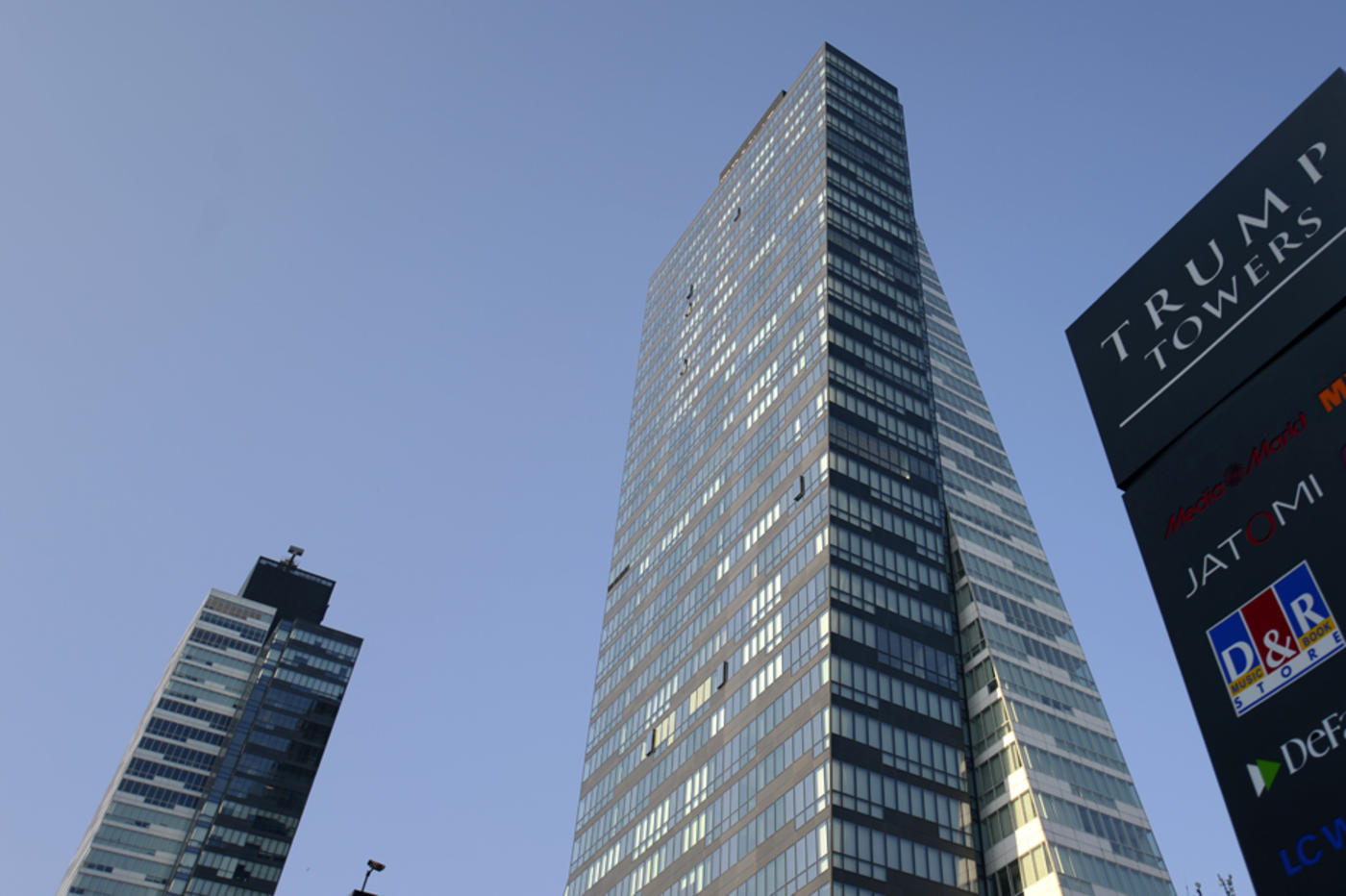 President-elect Donald Trump has gone out of his way to portray himself as a hard man in the fight against terror.

If Trump believes that the 9/11 terrorist attacks were sponsored by the Saudis, it’s clear that he’s quite happy to get into bed with America’s enemies, as long it means he can make a quick buck

He has threatened to ban oil imports from Saudi Arabia and other Arab allies unless they provide troops to fight IS.

“Who blew up the World Trade Center? It wasn’t the Iraqis, it was Saudi – take a look at Saudi Arabia, open the documents,” he told Fox News.

But Trump’s rhetoric is much like his orange spray tan: scary, unforgettable… and all too fake.

If Trump believes that the 9/11 terrorist attacks were sponsored by the Saudis, it’s clear that he’s quite happy to get into bed with America’s enemies, as long it means he can make a quick buck.

During his campaign last year, Trump registered eight new companies in Saudi Arabia. Federal Election Commission disclosures revealed that four of them were still active in May 2016.

Companies that he is listed as owning or being president of are called THC Jeddah Hotel Advisor and DT Jeddah Technical Services Advisor, and believed to be related to a prospective hotel development.

On the same day he had created the companies, Trump announced at a rally in Alabama: “Saudi Arabia, I get along with all of them. They buy apartments from me. They spend $40 million, $50 million. Am I supposed to dislike them? I like them very much.”

Trump’s lucrative relationships with the Saudis are longstanding. Three months before 9/11, Trump reportedly sold the 45th floor of Trump World Tower to the Kingdom of Saudi Arabia for $4.5 million.

That didn’t stop Trump and his surrogates from hypocritically using the Saudi issue to discredit their political opponents.

Rudy Giuliani, Trump’s top contender for secretary of state according to sources in his transition team, called on then rival Hillary Clinton to publicly apologise for receiving donations from Saudi Arabia.

Yet Giuliani is a paid lobbyist for the brutal Mujahideen-e-Khalq (MeK), which he campaigned (successfully) to be removed from the State Department’s list of foreign terrorist organisations in 2012.

“The MeK has plenty of American blood on its hands, as well as that of thousands of Iranians killed while the group was a strike force serving Saddam Hussein in the 1980s and '90s,” wrote Daniel Benjamin, a former State Department counterterrorism coordinator.

Giuliani also received speaking fees from MeK for speaking several times on behalf of the group in 2011 and 2012. It’s worth noting that Giuliani profited from his advocacy for MeK when the group was still listed as a terrorist entity. As Benjamin remarks, his lobbying for MeK may well have been illegal.

Yet lobbying for terrorists appears to be a regular pastime for Trump’s favourite appointees.

His national security advisor, Lieutenant General Michael Flynn, a former head of the Pentagon’s Defense Intelligence Agency (DIA), has been outed for signing a contract with a Dutch company operating as a front for a Turkish government contractor with close ties to the Erdogan regime.

In September 2015, Flynn’s company, Flynn Intel Group, signed a lobbying deal with Inovo BV, a front for Inovo Turkije. Both Inovos are founded by Ekim Alptekin, an Erdogan surrogate who chairs the Turkish-American Business Council, itself an arm of Turkey’s Foreign Economic Relations Board, whose members are designated by the economy minister and the Turkish Grand National Assembly.

During the contract, Flynn wrote an oped filled with gushing praise for Erdogan’s post-coup crackdown. He even parroted Turkish state propaganda claiming that the coup was orchestrated by the exiled cleric Fethullah Gulen – who he described as a terrorist.

Yet according to the Committee to Protect Journalists, Turkey now jails more journalists than any country, including China, while Erdogan’s political opponents are being arrested in their thousands – all on phony "terrorism" charges.

This month, the World Justice Project's rule of law index placed Turkey 99th out of 113 countries, just behind Iran and Myanmar.

“If Flynn knew about Alptekin’s ties to the Turkish government, he violated US law by failing to register under the Foreign Agents Registration Act (FARA), and declaring himself a foreign agent,” observes David Phillips, a former senior advisor to the State Department during the Clinton, Bush and Obama administrations.

But Flynn knows far more about Turkey’s duplicity than others. In August 2012, while he was head of the DIA, that agency acquired alarming intelligence proving that the “Gulf states and Turkey” were supporting the “insurgency in Syria” by supporting al-Qaeda in Iraq.

The DIA warned that the continuation of such support to Islamist rebels would lead to the creation of a “Salafist principality” in eastern Syria, and eventually the declaration of an “Islamic State… in Iraq and Syria.”

In interviews about the report, Flynn confirmed that this intelligence was completely accurate.

Despite claims of Turkish state sponsorship of Syrian jihadists, Flynn is happy to align himself with Erdogan.

Ban Muslims, but take their money

Trump himself has no qualms about investing in these regions.

To date, Trump has received royalty income of over $10 million for the licensing of his name on Trump Towers in Sisli, a 40-story residential tower in Istanbul.

Trump also likes taking money from the Gulf states, despite his own national security chief’s knowledge of their direct sponsorship of Syrian jihadists.

The state-owned Qatar Airways, for instance, rents space in a Trump tower for its New York headquarters. And Trump has a large real estate project in the United Arab Emirates. In 2015, the Trump Organisation told the Hotelier Middle East that its luxury line of hotels, Trump Hotel Collection, plans to build more major hotels in Dubai, Abu Dhabi, Qatar and Saudi Arabia.

Money talks. Trump knows this more than most. And so do his terror-sponsoring allies.