Francis Ghilès
Relations between Tunisia and Algeria on security issues have been strong for years, but Algeria is deeply hostile to the western military presence in the region 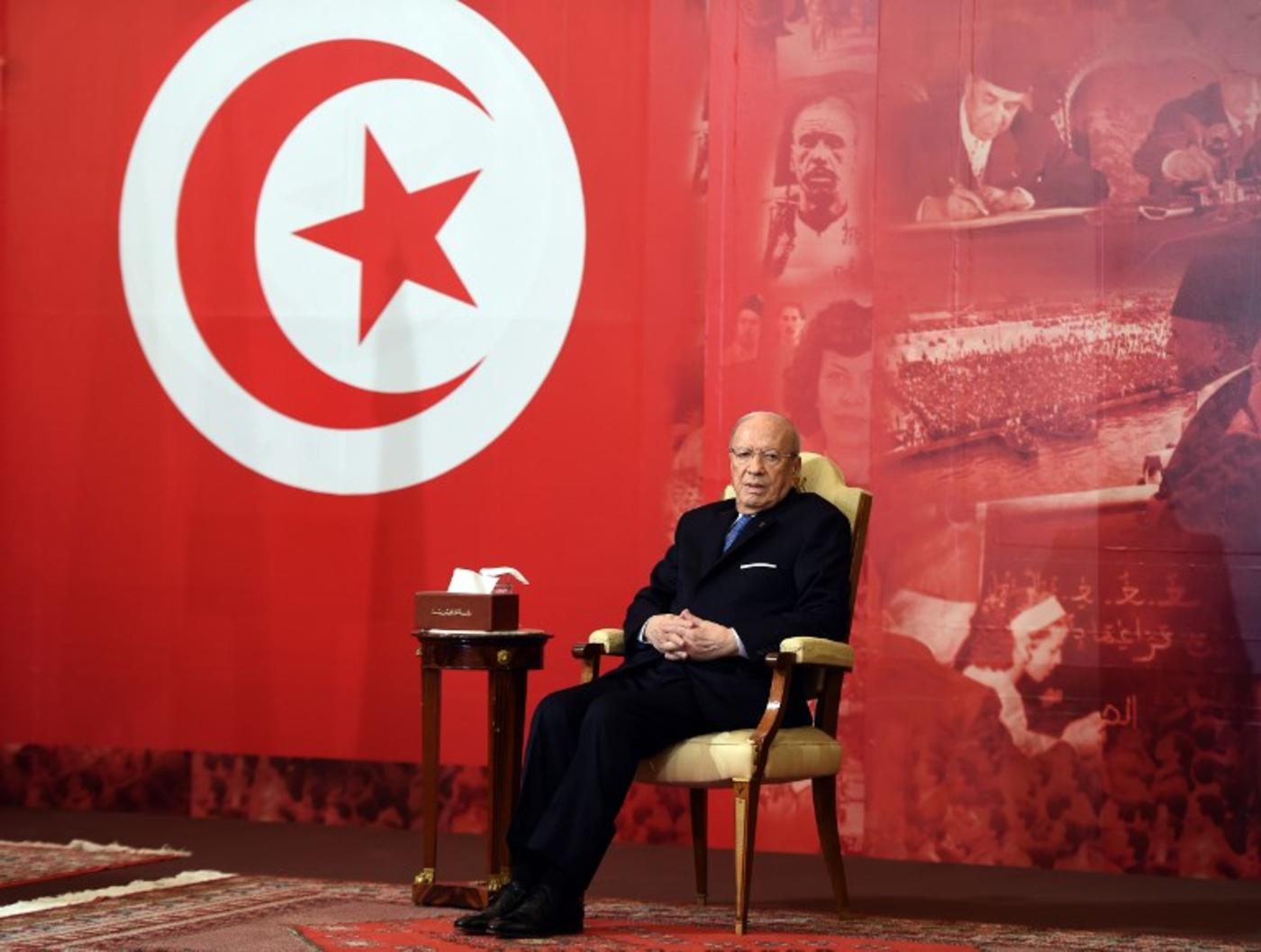 For many years Tunisia has expressed an interest in improving its security cooperation with Nato, which has been eager to engage more with a young democracy that it officially supports.

In 2014, three years after the fall of former President Zine El Abidine Ben Ali, Tunisia signed a partnership and cooperation agreement with Nato that focused on fighting terrorism and securing its borders with Algeria and Libya. This made Tunisia eligible for training, loans of equipment for cooperative research and development, and foreign military financing for commercial leasing of certain defence hardware.

Tunisia’s European and western partners, both military and diplomatic, are sometimes insensitive to the broader context of Tunisian and Arab public opinion

This development did not go down well in Algiers, which had stepped in to help Tunisia confront a surge in terrorism after the 2011 uprising. Algeria felt hemmed in between two countries - Morocco and Tunisia - whose ties with Nato were increasing.

When Tunisian Defence Minister Abdelkarim Zbidi recently told a parliamentary committee that his ministry had rejected a Nato grant of 3m euros ($3.4m) for the establishment of a joint command centre in the port city of Gabès, some western observers expressed surprise. After all, when former prime minister Habib Essid had visited Nato headquarters in 2015, the path towards closer cooperation seemed assured.

However, the proposed joint intelligence centre - which would have involved military and civilian agencies sharing intelligence and focusing on the phenomenon of Tunisian foreign fighters - is a delicate subject for several reasons.

For one, the estimated number of Tunisians who have joined the Islamic State (IS) varies depending on the source. How many have returned and how many remain scattered around the Middle East is anyone’s guess, and Tunisian officials are not happy to see commentators exaggerating the threat with little understanding of the regional context.

Loose talk around this issue by European politicians and media can harm the country’s reputation and its attractiveness to foreign investors and tourists. This is important, as foreign tourists are flocking back to the country’s coastal resorts three years after the 2015 attacks. Foreign investors are already deterred by the country’s economic difficulties; any hint of a renewed terrorist threat would add to their reasons not to invest.

Tunisia has offered selective support for US and Nato missions in Libya, including in the 2016 fight to rid Sirte of IS fighters. The US was able to conduct surveillance drone operations from a base inserted into the existing Tunisian airbase in the northern port of Bizerte.

Tunisian authorities were deeply embarrassed when news of this leaked, as the presence of foreign troops - especially US ones - is not popular across social classes and political parties. The country’s military at first denied the presence of US military personnel, but were soon contradicted by President Beji Caid Essebsi. Algeria was upset by the fact that Tunisia gave no forewarning of its intention to allow the US to set up a base.

Beyond security issues, Tunisia hosts millions of Algerian tourists annually and exports many goods to its western neighbour, whose gas pipeline to Italy offers Tunisia a precious source of natural gas. In addition, many Libyan nationals live in Tunisia, while Tunisians continue to travel to Libya and invest there.

Tunisia’s European and western partners, both military and diplomatic, are sometimes insensitive to the broader context of Tunisian and Arab public opinion. Algerian objections to an increased Nato presence might well have contributed to Tunisia’s decision on Gabès, but domestic public opinion also matters.

When the US State Department in 2015 said the Nato partnership agreement sent “a strong signal of our support for Tunisia’s decision to join the world’s democracies”, most Tunisians reacted with cynicism. Since when has Nato promoted “democracy” in southern rim Mediterranean countries?

Tunisia is, perforce, a reluctant partner of Nato. But bilaterally, cooperation has been good with the US, France, the UK and Germany. After the 2015 attacks, Britain helped to improve the security of airports, while the US and Germany helped to boost counterterrorism policy. German equipment is being used to improve surveillance at the Libyan border after a 2016 IS attack on the town of Ben Guerdane.

Relations between Tunisia and Algeria on security issues have been strong since 2011, and Algerian forces and equipment have often come to the aid of under-equipped Tunisian forces. After the 2011 uprising, Algerian support for counterterrorism came more quickly than anything offered by Nato or European countries. Algeria also offered greater financial aid than Europe.

Algeria is deeply hostile to the western military presence in northwestern Africa and eyes with great concern the growing US presence in Mali and Niger, where the Americans have a drone base. The growing militarisation of the Sahel does not seem to be diminishing security threats; indeed, quite the reverse is happening.

Since 2011, Algeria has provided a de facto guarantee of security to its neighbour, which surely reinforces the Tunisian military’s desire to keep its cooperation with the US and other western powers under the radar. According to Algerian defence expert Akram Kharief: “Algeria does not want to see any capacity-building for [air surveillance] close to its borders. It considers armed drones as an absolute red line, no matter who uses them.”

Several factors guarantee Tunisia’s security: economic reforms and faster growth to anchor domestic stability, the guarantee of stability provided by Algeria, and security and financial support from the US and Europe. Nato must be mindful that it is part of a larger, and very complex, jigsaw puzzle. This is a balancing act that Essebsi has managed with skill and guile; however useful Nato is, close cooperation with Algeria is a given.

US policies in the Middle East are not calculated to provide any comfort to Tunisia; indeed, they are privately viewed as reckless, a view shared by Algeria. Growing disdain for US President Donald Trump hardly makes more overt, closer cooperation with Nato an attractive proposition. US diplomacy in the Middle East is viewed in Tunis and Algiers, as it is in some European capitals, as a wrecking ball.

The aim of Tunisian leaders is to avoid getting involved in fights that do nothing to buttress its own security. This balancing act can be precarious

The aim of Tunisian leaders is to avoid getting involved in fights that do nothing to buttress its own security. This balancing act can be precarious.

Nato lent its support to the fight to topple former Libyan leader Muammar Gaddafi, but France, the UK and the US just walked away from Libya in the autumn of 2011, leaving Tunisia to cope with a massive refugee influx. They left a failed state and huge caches of modern weapons that then flowed into neighbouring countries.

At a time when Tunisia needed all its money, the threat of terrorism forced it to increase its security budget. Further militarisation of the region does not offer the best way forward.

Tunisia is a country that wishes to preserve its sovereignty - no easy matter in such a turbulent region, especially when domestically it faces the difficult economic and social challenges of establishing its roots as a young democracy.

Nato must tread carefully in North Africa and be sensitive to the way a country like Tunisia, however small, views its own security. As for Algeria, a glance at the map underlines a simple fact: Tunisia and Nato must take its views into account.

- Francis Ghilès is one of the leading European experts on the Maghreb. A senior associate research fellow at the Barcelona Centre for International Affairs, Ghilès specialises on security, energy, and political trends in North Africa and the Western Mediterranean.

Photo: Tunisian President Beji Caid Essebsi listens to the national anthem during a ceremony marking the 60th anniversary of Tunisia’s independence in Tunis on 20 March 2016 (AFP)