Turkey must do more to integrate Syrian refugees

Ahmet Alioglu-al-Burai
As Syria's war drags on, the government must work harder to alleviate the societal tensions and resentments stemming from the refugee influx But with the public’s attitude souring, either due to the growing number of refugees or because of nationalist candidates portraying them as an existential threat, xenophobia has been creeping in.

One prominent Turkish columnist described Arabic shop signs as an assault on Kemal Ataturk’s legacy, while Ilay Aksoy, an opposition candidate in the recent municipal election, vowed that she would not cede Istanbul’s Fatih district to the Syrians.

Istanbul’s new mayor, Ekrem Imamoglu, reportedly said that Turkey should protect the interests of its own people against the increasing refugee population, adding that refugees shouldn’t be allowed to change the colour of the city. On the night of Imamoglu’s victory, the hashtag “Suriyeliler Defoluyor” (“Syrians, get out”) spread across social media.

Among many other factors, the controversial presence of Syrian refugees in Istanbul cast a dark shadow on constituents’ voting behaviour. In the run-off election, Imamoglu defeated ruling-party candidate Binali Yildirim by more than 800,000 ballots, almost 10 percent of the votes cast. The result apparently indicates the evolution of a growing resentment towards the government’s refugee policy.

Considerable numbers of Syrian refugees are likely to remain in Turkey, despite the rhetoric of Turkish politicians

Certainly, Turkey has made intermittent efforts to control its borders and contain the refugee influx throughout Syria’s devastating, eight-year war. Although the Turkish president has long reiterated that his country can never turn oppressed Syrians back to the bullets and barrel bombs of the “murderer” Bashar al-Assad, Ankara’s policy changed after a series of deadly terrorist attacks in 2015 and 2016 claimed the lives of hundreds of Turkish citizens.

The government began serious efforts to limit the refugee flow.

Two massive, cross-border military operations were carried out, aiming to create a buffer zone to host refugees within Syria’s borders. A trilateral agreement on de-escalation zones was also struck among Turkey, Russia and Iran.

Turkey now hosts more than 3.6 million Syrians, the largest population of Syrians displaced by the war. Istanbul alone reportedly accommodates more than half a million.

While Istanbul has been a business destination for Turks from other provinces seeking job opportunities, the increase of cheap refugee labour has forced many to look elsewhere, fuelling resentment. The Turkish government has stressed that thousands of Syrians are returning home; a recent report cited nearly 80,000 Syrian returnees in the first half of 2019.

Meanwhile, Turkish authorities have embarked on a major campaign in urban centres to ensure the compliance of refugees with immigration laws, including deporting some non-registered Syrians to Idlib.

Interior Minister Suleyman Soylu recently noted that the historic city can no longer tolerate “irregular migrants”, but he also said the deportation of refugees would be to other Turkish cities where they were registered, not to Syria.

While many Turks hope the refugees will ultimately return to their homeland, this seems unachievable. Although the scale of carnage in Syria has diminished, bringing life back to devastated areas is not feasible in the short term. Considerable numbers of Syrian refugees are likely to remain in Turkey, despite the rhetoric of Turkish politicians.

A recent survey found that 79 percent percent of Turks do not foresee the Syrian refugees’ return, even after the end of the fighting in Syria.

In addition, 77 percent were preparing for another colossal surge of refugees from Idlib, which has been sheltering more than three million internally displaced Syrians and is sporadically the target of merciless bombardment by the Syrian regime and its allies. 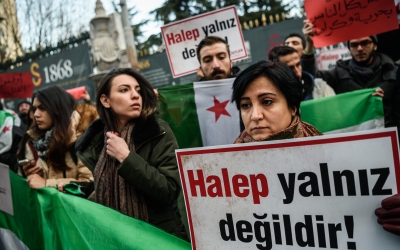 Syrian refugees in Turkey: What you need to know
Read More »

Even if the war ends, it would be extremely challenging for Turkey to track the millions of registered and unregistered refugees across the country, or to force them to return. As such, the refugee issue will remain central to Turkey’s political discourse.

The only solution is a policy of integration - an indispensable prerequisite for social harmony, coexistence and tolerance.

The Turkish government has undeniably taken concrete measures to integrate Syrian refugees. Its temporary education centres have successfully bridged the gap between the Arabic and Turkish school systems.

In addition, the government made a sound decision when it opted to abandon the idea of establishing more refugee camps, now home to less than four percent of Syrian refugees. The overwhelming majority of Syrians live in Turkish towns and cities.

Turkey says it has spent more than $37bn on Syrian refugees so far. An estimated 1.5 million Syrian refugees receive monthly allowances funded by the EU and passed through the Turkish government. Such expenditures only fuel the anger of opposition leaders.

The primary obstacle to any integration effort is the Turkish public’s perception of refugees. In a 2018 poll, 83 percent of Turks perceived Syrian refugees negatively, echoing another 2017 survey in which respondents saw Syrian refugees as “lazy”, “rude” and “dangerous”.

Istanbul’s recent election results mirror the brewing tensions and challenging choices that lie ahead for Turkey.

Refugees are the most vulnerable members of the population, and it’s up to the Turkish government - and the opposition - to alleviate these tensions and properly integrate them, to ensure they’re not susceptible to societal alienation. 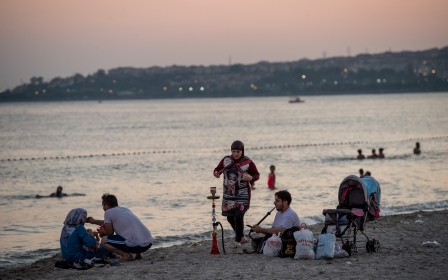 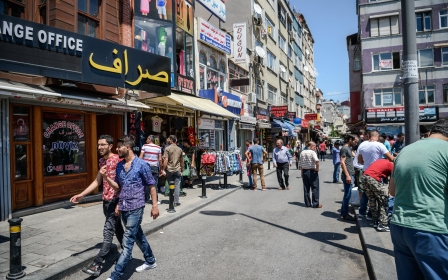