Turkey is using aid to Syrians as a political pawn 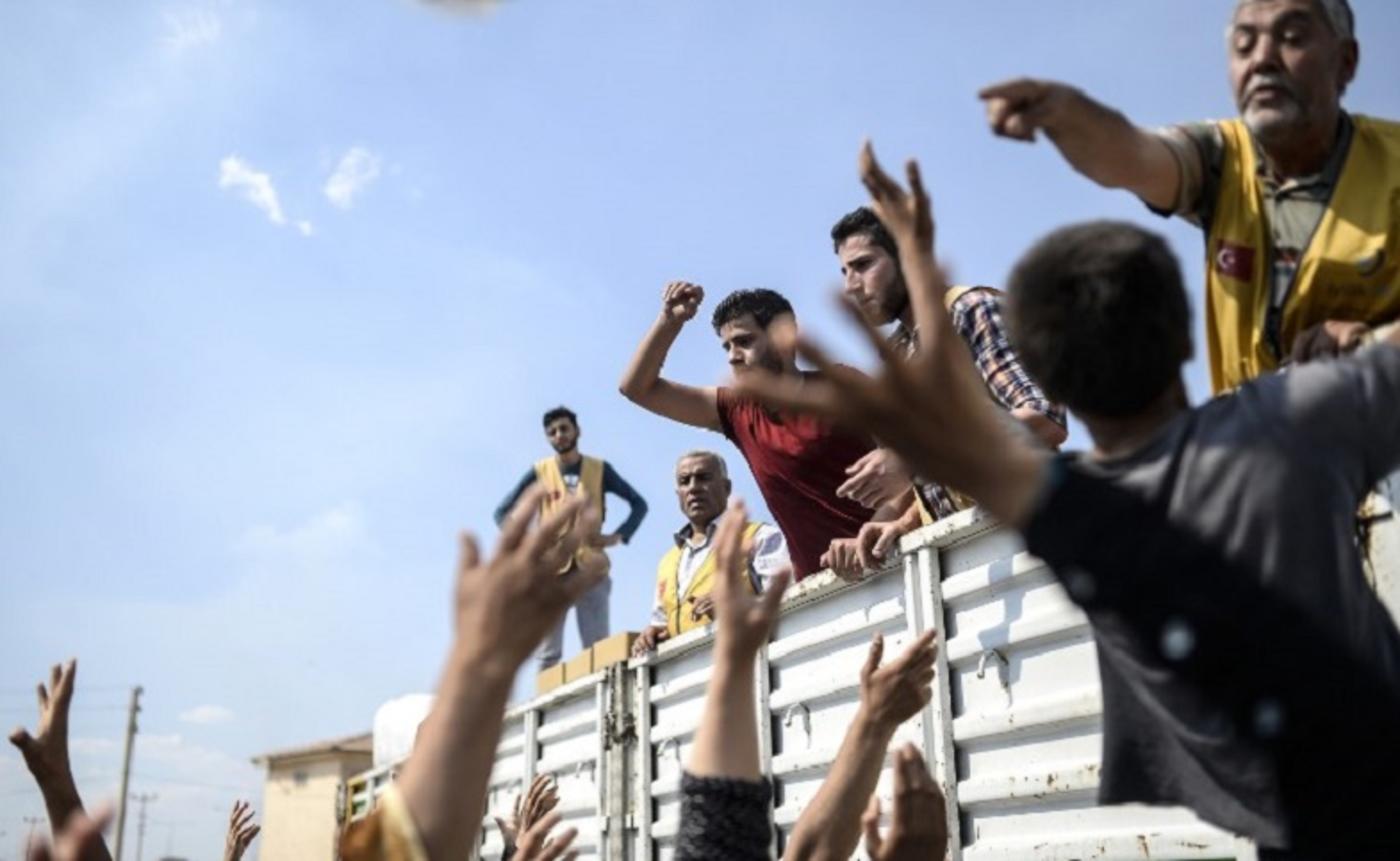 Turkey has recently implemented aggressive measures against humanitarian actors operating on its soil.

Several international NGOs were banned from working in the country, including the US-based Mercy Corps. More than a dozen of their aid workers have also been detained.

Observers fear that these restrictions are part of an even wider crackdown in the works by the Turkish government against Western NGOs working with Syrians.

Why clamp down now? Some analysts say that Turkey is attempting to prevent cross-border relief from ending up in areas controlled by Syrian Kurdish forces.

Others see the move as part of a wider attempt to achieve a monopoly over operations inside Turkey, amplifying the country’s influence over where aid is delivered and to whom.

The clampdown began in March with the expulsion of Mercy Corps, which had been running one of the largest aid operations for Syria from Turkey since 2012. Later that month, 10 employees with Denmark’s DanChurchAid were detained.

Turkish authorities cited problems in employment permits as the cause for the detentions, but Mercy Corps insisted that all their staff had valid work permits. Other NGOs were also banned recently from operating in the country.

On 20 April, 15 employees from the Los Angeles-based Medical Corps were detained by local authorities in the Turkish border city of Gaziantep. Four foreign nationals were deported five days later, but the remaining 11 Syrian employees are still in a detention centre, facing the risk of deportation.

According to local sources, the offices of more than a dozen humanitarian NGOs based in Gaziantep and another border city, Hatay, were also inspected recently by local authorities.

Many of the targeted organisations, which are largely well-established and respected, were US-based such as the International Rescue Committee, CARE International, International Medical Corps and Counterpart and Global Communities. Others were European.

“Many foreign organisations, especially Americans, were inspected recently and were asked to show their registration documents and the work permits of their employees,” said a UN official based in Turkey who spoke on the condition of anonymity.

'Many of us are scared that we will be next'

- Director of Syrian NGO based in Gaziantep

“At least two international organisations were instructed to re-apply for permission to work in the country. We are expecting the majority, if not all, of Western NGOs to also be instructed shortly to re-register in Turkey,” he added.

Syrian NGOs based in Turkey are also scared of being targeted by the same campaign. “It is not a secret that the Turkish authorities have been turning a blind eye towards Syrian humanitarian organisations that are largely not following the government protocol. Many of us are scared that we will be next,” said the director of a Syrian NGO based in Gaziantep who spoke on condition of anonymity.

Traditionally, Turkey has been suspicious of foreign actors operating on its territory.

But after the Syrian humanitarian crisis emerged, foreign NGOs were given significant leeway to bypass certain bureaucratic requirements and operate under more flexible mandates.

The recent restrictions, therefore, were seen by some as a sign that Turkey is restoring the kinds of restrictions and protocols it had in place before the war.

'If the channels are open and you are being told what you have to do, then it is very simple. A government expects you to abide by its regulations'

- Deputy permanent representative at the Turkish mission to the UN

That’s certainly what Berk Baran, deputy permanent representative at the Turkish mission to the UN in Geneva, seemed to suggest when he spoke at a conference last month.

“If the channels are open and you are being told what you have to do, then it is very simple,” he said. “A government expects you to abide by its regulations.”

One Western diplomat based in Istanbul, who spoke on condition of anonymity, said it was “difficult to know for sure whether the new restrictions are part of a systematic crackdown against foreign NGOs or just simple restoration of old policies”.

“That said,” he added, “pro-government Turkish media have been publishing allegation about a collusion between international NGOs, especially American, and Kurdish militants, which is why it is widely seen that Turkey is using aid as a leverage against Syrian Kurds.”

According to an internal document by the UN’s Office for the Coordination of Humanitarian Affairs (OHCA) leaked to Voice of America, which reported on it in March, Turkey was planning to cancel all existing international NGO registrations and ask international NGOs to resubmit registration requests, following new rules and regulations, within three months.

The document warns that the Turkish government is likely to use this process as a way to choose which organisations they want to keep in the country. If true, this move would allow Turkey to ensure the termination of cross-border relief to areas held by Kurdish forces.

Turkey’s decision to ban international NGOs from operating on its territory is disrupting the life-saving assistance to hundreds of thousands of Syrians in northern Syria as well as to 3.2 million refugees living inside Turkey.

Before its registration was revoked, Mercy Corps alone reported that it was sending relief to 360,000 Syrians inside Syria every month on top of 100,000 refugees and Turkish families inside Turkey.

Turkish NGOs will likely fall short of filling the gap left behind as their capacity has been impacted by post-coup purges that have led to the closure of roughly 550 domestic NGOs for alleged links to terrorist organisations.

The exact reasons behind the Turkish crackdown on international humanitarian actors remains unclear. But the disastrous impacts that this policy will have on hundreds of thousands of Syrians, who depend on the aid delivered by those banned international NGOs, is difficult to dispute.

Turkey and the international community should work together immediately to prevent such a catastrophe before it is too late.