Turkey’s AK Party must use victory to achieve lasting stability

Galip Dalay
By giving the governing party a majority and keeping the HDP in parliament, voters have provided an opening for ending polarisation 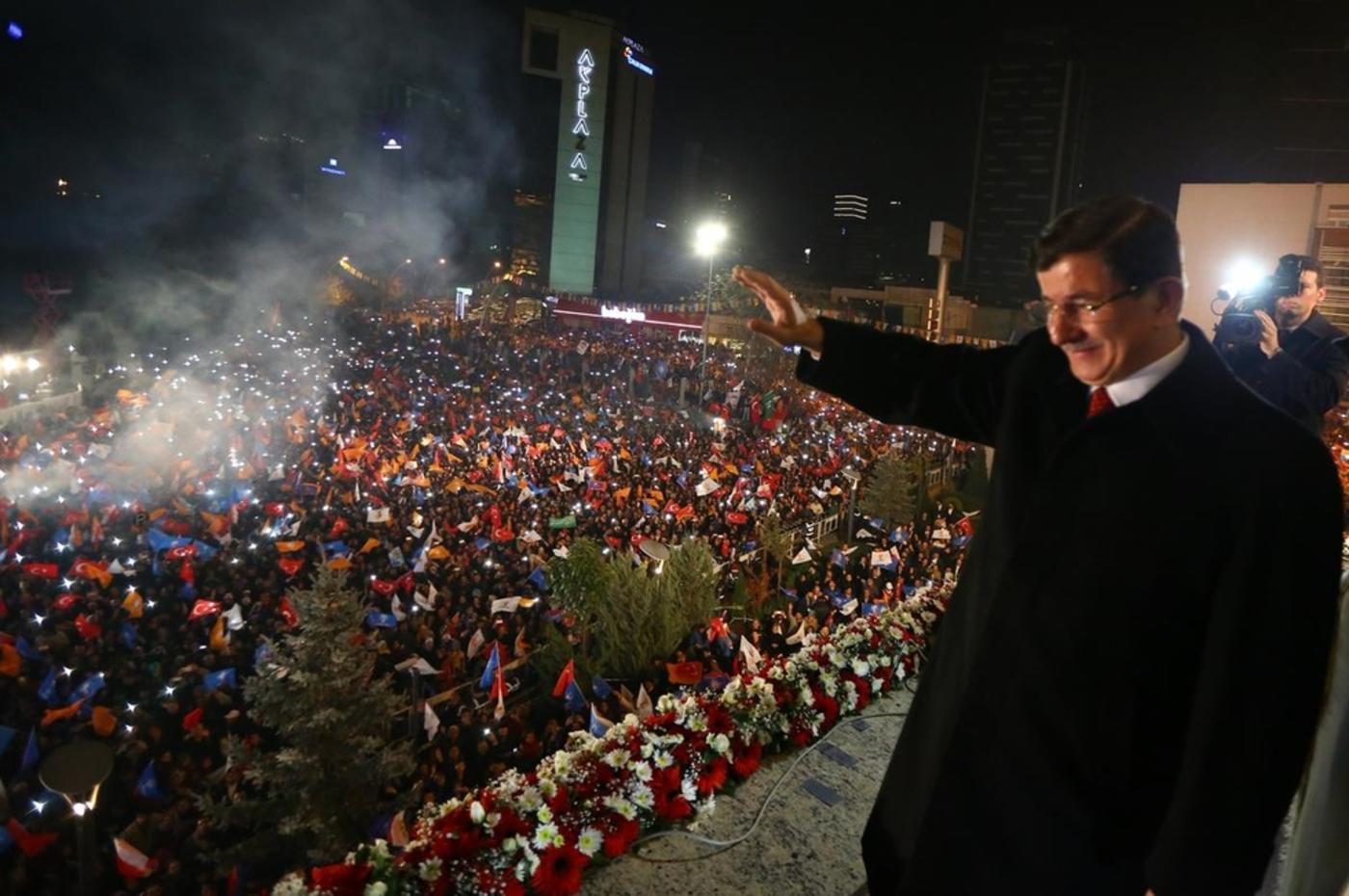 The big question of Turkey's 7 June election was whether Turkey would change its parliamentary political system to an executive presidential system. The voters’ verdict on this question was a "No" as they did not reward the governing AK Party and President Recep Tayyip Erdogan the required majority for undertaking such a systemic change.

Not only that, this summer's election also cost the AK Party its 13 years of uninterrupted rule as it remained short of acquiring the 276 seats needed to form a simple majority government. The coalition-building business followed this picture, which eventually failed. Turkey, thus, geared up for a 1 November repeat election.

The big question of the second election this year was whether the AK Party would be able to regain its majority in parliament to form a single party government or whether Turkey would enter a period of coalition governments. On this, the voter’s verdict defied all pre-election expectations. Almost all polling firms in Turkey failed in predicting the results or even coming close to it.

The most generous firm put the projected AK Party’s electoral performance barely above the minimum level, 276 MPs out of 550, required to form the single-party government. Yet the AK Party won a landslide victory yesterday by acquiring almost 49.5 percent of the votes, which approximately translates itself into 316 seats in parliament - well above the minimum required to form a single-party government.

In AK Party’s 14 years’ life span, 13 years of which it spent at the helm of Turkey, it received its highest level of votes in 2011’s general election by winning 49.8 percent of the vote. This was seen as the zenith of the AK Party’s power. Yesterday’s electoral outcome almost replicated this victory.

Therefore, Turkey's two big questions have been answered by the voters, irrespective of whether politicians like it or not. There has been an active campaign both on the ground and on social media by pro-AK Party and opposition groups in which they urged their supporters to vote. In fact, the turn-out was staggeringly high, approximately 87 percent.

The difference with Egypt's recently held election could not be starker. The empty polling stations, unenthusiastic and disillusioned citizens were the hallmark of Egypt’s rubbers-stamp parliamentary election, in which the voters’ turnout stood below 10 percent despite e heavy campaign by the coup regime.  The reason for this is simple and obvious. Whereas the Turkish citizens see their votes as the way out of political crises and political challenges, the Egyptians don't. The crude and cruel power that crushed the revolutions of 2011 also crushed people's belief in democratic procedures and enthusiasm for the ballot box.

The quality of Turkish politics and its ability to solve political problems has been exceptionally low in recent years. As the single governing body of Turkey, the governing AK Party bears prime responsibility for this. Fear-mongering replaced political vision. Previous politics of expansion and openings gave way to the politics of contraction and introversion. But now it is time for fresh thinking and new approaches towards Turkey’s major issues.

The fact that Turkey is entering its longest period without the pressure of an upcoming election, between 2015 and 2019, since the AK Party first came to power in 2002 is a major bonus. The Turkish political class, particularly the government, should capitalise on that to deal head-on with Turkey’s political problems. Among them two stand out as urgent: the political polarisation and the Kurdish issue.

On the question of polarisation, four elections (local, presidential, general and repeat elections) in a row held over the last two years has led the political parties to prioritise winning the next elections over all other issues and concerns. This was the case for almost all parties. Principles and political norms took a back seat to the goal of winning votes and solidifying the rank and file within each political camp. This atmosphere was one of the major sources of the polarisation in the country. Because one of the easiest ways to achieve political consolidation and gaining votes is to further focus on the identity-related themes or social fault-lines, hence further polarising the society. But this period is over.

For the next four years, Turkey will not have an election and smooth domestic governance will be a priority for the government, which in return requires a reduction in the level of political polarisation in the country. This can be achieved through genuine opening towards different segments of society. Besides the Kurdish issue, a meaningful opening towards Turkey’s Alevi community is long overdue.

Moreover, one of the major sources of polarisation was the prospect of a regime change from parliamentary system to executive presidency in Turkey. The fact this is not high on the agenda is another welcome development for the reduction of polarisation. All in all, the ground is ripe for the government to attempt to reduce the level of division through well-crafted political initiatives and openings.

This election has produced an ideal composition for the Kurdish peace process. It gave a strong single-party mandate to the AK Party while keeping the pro-Kurdish HDP above the 10 percent electoral threshold, hence in the parliament. The combined seats of both parties, 316 and 59 respectively, is sufficient to change the constitution within the  framework of parliament, which requires the support of a two-thirds majority (367 seats).  But this equation requires the Kurdistan Worker’s Party (PKK) to refrain from violence, since it has been highly irresponsible by reinitiating the conflict with Turkey in the aftermath of the 7 June election and as such significantly contributing to the pro-Kurdish HDP’s loss of votes, going from over 13 percent to just above 10 percent. Turkey’s voters, by rewarding the AK Party with single party government, keeping the HDP in parliament, and severely punishing the far-right Turkish Nationalist Action Party (MHP) facilitated a ripe ground for the relaunch of the peace process.

All in all, Turkey has charted its way out of the gathering political crisis through elections. Now it is time for Turkey to deal meaningfully with its major issues and challenges, and project its political vision both on domestic and external fronts. And  that requires political dexterity and wise governance.