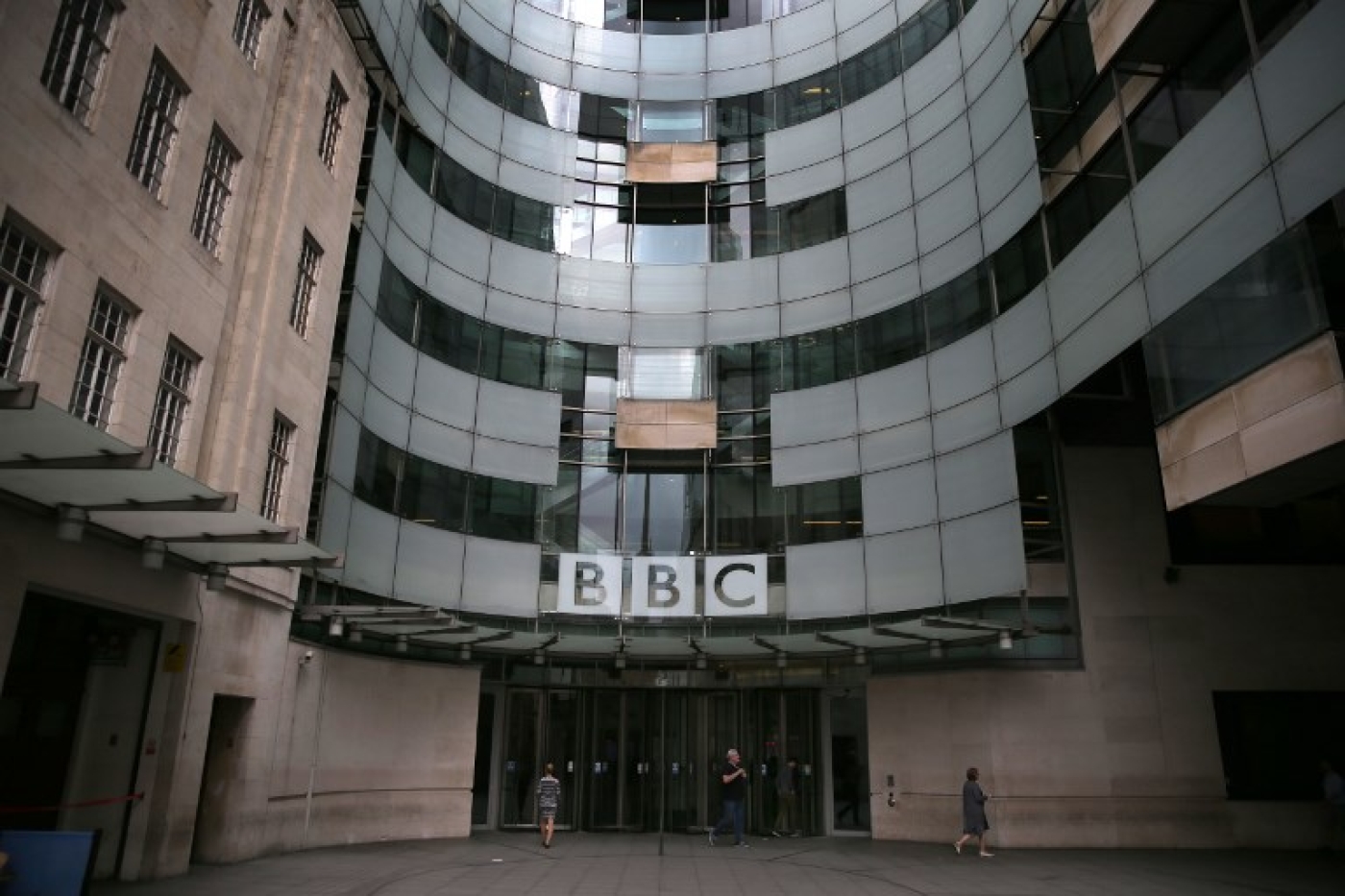 BBC Radio Four recently came up with a brilliant and insightful idea: a regular series to deal with the torrent of lies and falsehoods that dominate today’s mainstream media. Called The Corrections, its mission statement asserts that it “revisits news stories that left the public with the wrong idea about what really happened”. Its purpose is to investigate “how and why the narrative went awry”.

It has cast its beady gaze over the Times’ misreporting on a Christian child forced into the care of Muslims and the Daily Mail’s report of a vulnerable woman it alleged has been exploited by predatory charities.

So I was delighted when, in autumn of 2019, a producer rang me up and told me that The Corrections had resolved to examine media reporting on the so-called Trojan Horse affair: the media and political frenzy that followed reports of an Islamist plot to take over Birmingham schools, which reached a climax in the summer of 2014 and led to the suspension of more than a dozen teachers.

I eagerly looked forward to hearing the programme. Before Christmas, it was aired as a three-part series. But it is a poor piece of journalism that contains one inexplicable example of sloppy reporting, and it fails to inform BBC listeners about facts crucial to understanding the Trojan Horse story.

The programme tells listeners about the accusations made in the media, and by senior politicians, against teachers in Birmingham schools. Surely it had an obligation to inform them that the resulting misconduct case against those teachers collapsed three years later? The BBC did not do so.

Surely it had an obligation to inform them that the resulting misconduct case against those teachers collapsed three years later? The BBC did not do so

The BBC investigation concerns repeated media claims that “Islamists” plotted the takeover of schools in Birmingham. But it does not mention that the policy of having successful schools - such as Park View, which was at the centre of the Trojan Horse controversy - sponsor struggling schools was, far from being instigated by Islamists, actually encouraged by Michael Gove in his capacity as education secretary at the time. Surely this was relevant?

A third omission involves the role of collective worship. The BBC perpetuates the misleading claim - repeatedly made in the media - that the schools in Birmingham were secular state schools, which had been turned into Muslim faith schools.

Yet it failed to remind its audience that all state schools are required to hold daily acts of worship. In most cases, these are Christian, but schools can seek a special dispensation allowing different religions. At Birmingham’s Park View School, approximately 98 percent of children were Muslim. Far from being an Islamist takeover, as portrayed in the media, Islamic worship in this setting was a natural arrangement.

This is a noteworthy omission, as much of the misreporting on the Trojan Horse affair suggested there was something sinister about the “Islamisation” of Birmingham schools.

Just as strikingly, the programme did not look at the records of some of the national newspaper reporters who drove the story. This is hard to understand, given that the mission of The Corrections is to probe “how and why the narrative went awry”.

The most significant omission concerns former journalist Andrew Gilligan, now an adviser to Prime Minister Boris Johnson. Gilligan’s role in the Trojan Horse affair should be placed in the context of his wider reporting on Islam: five articles by Gilligan on Muslims have been subject to retractions and defamation payouts. 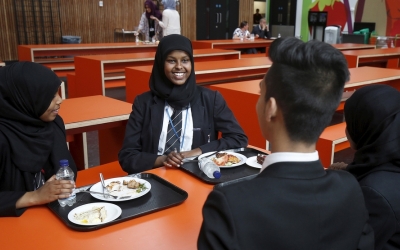 And yet, the BBC treats one of Gilligan’s storylines as proven fact: his Telegraph report in May 2014 that a male teacher at Park View School confiscated the phone of a 16-year-old student, hacked into it, and found images of the girl with a male student, which were then used by the school as evidence to suspend her. The girl’s mother reported the incident to police, according to Gilligan’s account.

The BBC appears to accept this story uncritically, without subjecting it to sceptical questioning or analysis, and without telling listeners that Gilligan was the reporter who broke the story.

In the BBC programme, Shaista Gohir, co-chair of the Muslim Women’s Network, references this incident and says that the teacher revealed the contents of the girl’s phone to her parents. “There was no regard for safeguarding … The school had put this girl at risk of forced marriage and honour-based abuse,” she said.

If the story was true, then Park View was clearly negligent. But while the story was reported in the Telegraph and the Daily Mail, no reference to it appeared in a subsequent Education Funding Agency (EFA) report on the school, nor was it mentioned in the later Clarke and Kershaw reports. Nor was it part of any of the case brought against the teachers in the subsequent misconduct tribunals.

School's side of the story

The BBC’s reporting of this incident bothered me, so I recently rang up the former headmaster of Park View, Monzoor Hussain. He told me that he remembered the incident well, but he told a different story than the one recounted by Gilligan and Gohir. Hussain said the girl’s phone was not hacked into, but rather that she showed the teacher a photo when requested, and it was of a lewd nature. He said the school informed both police and the safeguarding officer at the local council.

Hussain said police assured the school that it had acted correctly, and that the issue should be treated as an internal matter.

Most astonishingly, the BBC did not allow the school to put forward its side of the story. The BBC interviewed the chairman of governors at Park View School for the programme, but did not put the allegations about the alleged phone-hacking episode to him - or if it did, that section of the interview was not aired.

I approached the BBC with a series of questions about its reporting: Why didn’t it tell listeners about the collapse of the Trojan Horse misconduct case? Or that the “takeover” of schools was instigated by Gove? Or about collective worship guidelines, or the apparent failure of police to regard the alleged phone-hacking episode as a criminal matter?

I asked the BBC why it didn’t tell listeners that the alleged phone-hacking incident was not mentioned in the three subsequent reports, and why it didn’t ask the school for its side of the story. To all these questions, I received a short, terse response: “We stand by the journalism in this series which was an accurate and fair portrayal of the Trojan Horse affair. It meets the BBC’s usual editorial standards and this particular incident was verified by a number of sources.”

I repeatedly attempted to speak with Gohir by phone and email, but she did not respond. The Muslim Women’s Network eventually came back with a statement that “our trustees, including Shaista, take their roles very seriously and comments made to the media would have been made after careful thought and due diligence had been carried out. Please also be mindful of the fact we cannot be expected to jeopardise the health and safety of our service users or members of the public who put their trust and faith in us when they contact us. Their safeguarding is our priority.”

I am a huge admirer of the BBC, and The Corrections has done valuable work exposing media falsehoods and fabrications. But its refusal to answer basic questions about its series on the Trojan Horse affair doesn’t make sense to me.

The BBC needs to be better than this - much better. It's time to correct The Corrections

Professor John Holmwood, coauthor of Countering Extremism in British Schools? The Truth about the Birmingham Trojan Horse Affair, told me in an interview: “The editorial decisions were baffling. The court cases were the first time that the evidence that had appeared in the press - frequently leaked by the [education department] - could be answered by the teachers and be tested. The Corrections had access to the teachers and barristers involved. Shockingly, they decided not to tell this part of the story.

“It would have shown that the affair was not just a matter of different opinions and values. It was a story of journalists manipulated by politicians and willing to collude in the destruction of the livelihoods of teachers and the reputations of governors and the local community of British Muslims.”

There is an irony about this. The purpose of the Corrections is to expose biased reporting and correct false stories. Yet, its report on the Trojan Horse affair reinforced stereotypes about Muslims published in the Islamophobic, right-wing press. The BBC needs to be better than this - much better. It’s time to correct The Corrections. 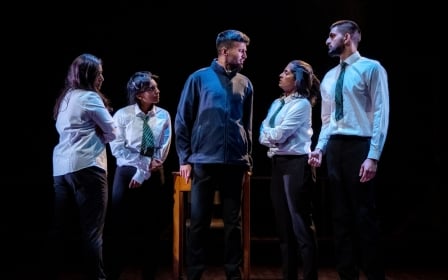 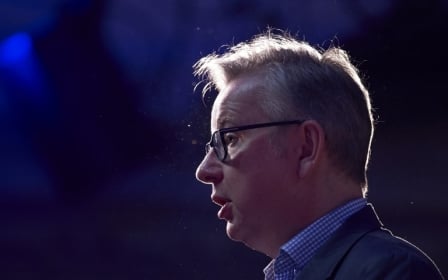