Boris Johnson and the decline of Thatcherism 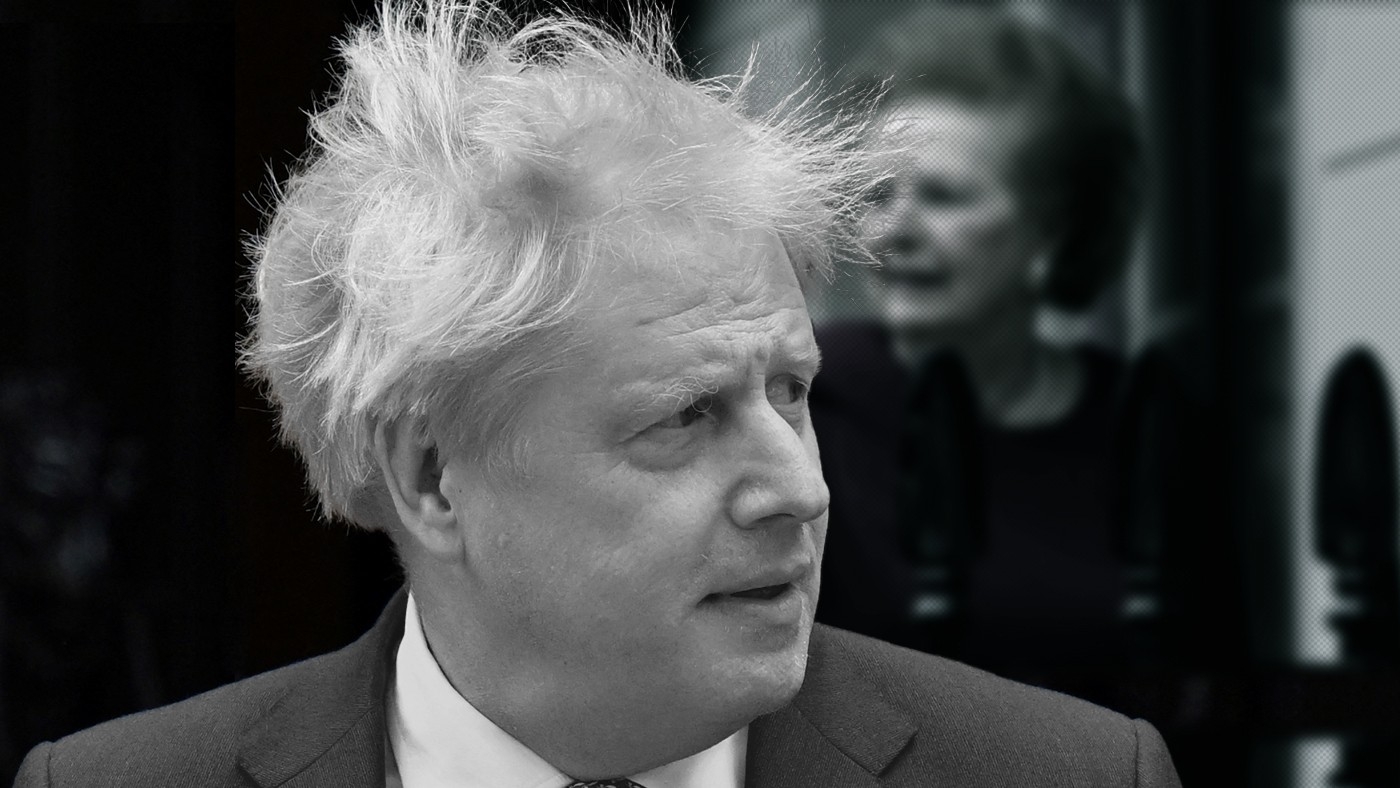 Many of us can point to the decade that formed us politically. In my case, it was the 1970s.

I was 12 when it started and 22 in 1980. Ten years of strikes, fuel shortages, economic failure, the three-day week, soaring inflation, and a national mood of failure and collapse.

The trade unions brought down Tory Prime Minister Edward Heath and, later, Labour’s Jim Callaghan with their “winter of discontent”. They blocked economic reform and imposed corrupt employment practices. Their industrial muscle meant they were above the law. That is why I, with millions of others, voted for Margaret Thatcher.

This time, it's not the over-mighty trade union barons. It's the feral rich. They own this Tory government

Half a century later, we in Britain face a similar - but not an identical - problem. This time, it’s not the over-mighty trade union barons. It’s the feral rich. They own this Tory government in the same way that trade unions owned the Labour government in the 1970s. When former Prime Minister Harold Wilson tried to reduce union power through legislation with his “in place of strife” reforms, the union barons humiliated him.

There are comparisons to be made with the way big Tory donors paid for the campaign to block former Prime Minister Theresa May’s EU deal three years ago - then went onto back Boris Johnson’s rise to power. Some donors later received government contracts, and others favours.

Back in the 1970s, Len Murray, a war hero who became general secretary of the Trades Union Congress, was the key intermediary between the Labour government and its trade union bankers.

Today, a comparable role is played by a figure who is almost unknown to the general public. One of Johnson’s first acts after becoming prime minister in July 2019 was to make Ben Elliot the Tory co-chairman.

Elliot, an old Etonian and nephew of the Duchess of Cornwall, Britain’s future queen, is at ease with the global super-rich. His business, Quintessentially, is a concierge service for oligarchs and other rich people who want introductions and invitations at the top level of British society.

As Tory chairman Elliot is the umbilical chord which links the Tory Party to its financial backers. Like many senior members of the government front bench, he’s done business offshore, jointly owning a film financing business that cropped up in the Pandora Papers.

In the days when trade unions called the shots, there were frequent meetings at 10 Downing Street between Wilson, Murray and the union bosses to thrash out counter-inflation policy over beer and sandwiches, which I've been told were often prepared in the tiny Downing Street kitchen by Mary Wilson, the prime minister’s wife.

Under the Johnson/Elliot regime, the prime minister and his cabinet meet their financial supporters at lavish London parties. The most recent of these plush events took place at the Victoria & Albert Museum last month, where prizes were auctioned off for Tory funds. An African safari trip reportedly went for £65,000 ($77,000), a shooting weekend for £37,000, a wine tasting for £30,000, and a dinner with Johnson and two former Tory prime ministers for £120,000.

What a message this sends out at a time when a growing number of British people don’t know how to pay for their next meal.

Few billionaires are soft touches. They tend not to write cheques out of the goodness of their hearts, so I suspect some want a return for their money: contracts, access, planning consent, legal changes.

Now let’s look at the Tory leadership campaign. The super-rich fought hard to keep Johnson, with 22 of the richest donors declaring “unwavering support” for the now disgraced prime minister as recently as a month ago. Meanwhile, some had been carefully nursing alternatives: an investigation for the Byline Times last week showed that 14 front-runners for the leadership contest had secured £307,000 in donations over the last 12 months.

That included £65,000 for Tom Tugendhat, with a large proportion from Lord Michael Spencer, a shareholder in GB News. Priti Patel, whose campaign flopped, received £140,000, including a £100,000 donation from oil trader Pierre Andurand. 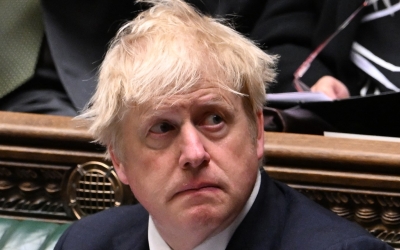 Meanwhile, the limit for spending on leadership campaigns has been quietly lifted to a prodigious £300,000. No wonder candidates are forced to hand out the begging bowl to donors.

Other candidates receive payment in kind. Aristocrat Baron Howard of Rising, a former private secretary to Enoch Powell, allowed candidate Liz Truss to base her campaign headquarters in his grand and convenient Westminster home.

The Tory leadership campaign has seen vicious personal infighting, but precious few policy differences. All accept Johnson’s policy of deporting migrants to Rwanda. None have challenged his attacks on the basic tenets of liberal democracy, including on judges and the rule of law.

None has spoken out against attacks on the European Convention on Human Rights, the privatisation of Channel 4, or the stealthy privatisation of the BBC. None has called out the stench of big donor money at Tory central office. It is perhaps significant that Rishi Sunak, the only candidate not to advocate hefty tax cuts, has a family fortune estimated at £700m, so he has no need for donor support.

For the Labour-supporting union barons 50 years ago, read today’s Tory billionaires. They have been allowed too close to power. They have too much power. It is the job of a responsible government to keep billionaires at bay, not to obey their orders.

This structural surrender to the interests of the super-rich, part of the wider problem of the Americanisation of British politics, has corrupted the Conservative Party. Not one Tory candidate has even dared to say this. When I rang one up to suggest he do so, he showed no interest, and brought our conversation to a speedy end.

The postwar era in Britain can be divided into two parts. In the wake of the Second World War, the Attlee government built a social democratic state, the National Health Service, the welfare state, and a mixed economy with trade unions given a seat at the top table. In the 1970s, partly because of the global oil crisis, that system collapsed, and Britain entered a period of mortal crisis that ended with the rise of Thatcher. She established a new system that some commentators labelled neoliberalism.

Thatcherism was so successful that it ended up being championed by former Prime Minister Tony Blair’s New Labour. But today, it is in collapse. It pains me, a onetime admirer of Thatcher, to acknowledge this. But the system she championed has degenerated into an obscene system of government by and for the super-rich.

Recently, I asked myself who I preferred: the Tory donors who pull the strings in the modern Conservative Party, or Mick Lynch, general secretary of the National Union of Rail, Maritime and Transport Workers.

The answer is Lynch. Every time. He’s loyal, palpably decent, straight-up, and stands up for his people. He knows what he talks about. He pays British taxes and isn’t based offshore. I suspect that most people feel the same.

There’s an enormous opportunity here for Keir Starmer’s Labour. Britain has already embarked upon the early stages of a massive - and hugely painful - economic and social crisis. It’s one measure of the irresponsibility of the Tory leadership battle that not one candidate mentions this. Nor does Starmer. The economic system created by Thatcher - and her disciple Blair - has finally failed. 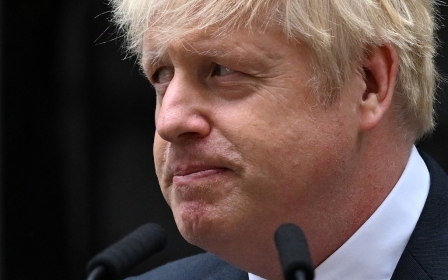 Politics
Boris Johnson is out. But his ugly brand of politics will go on
Peter Oborne 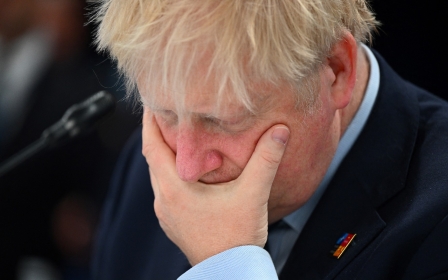 Politics
Boris Johnson is finished. But will billionaires' government go too?
Peter Oborne 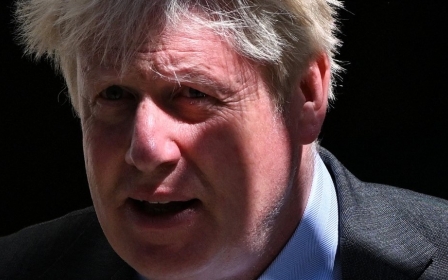