US and Israeli embrace of Iranian protests endangers real reform 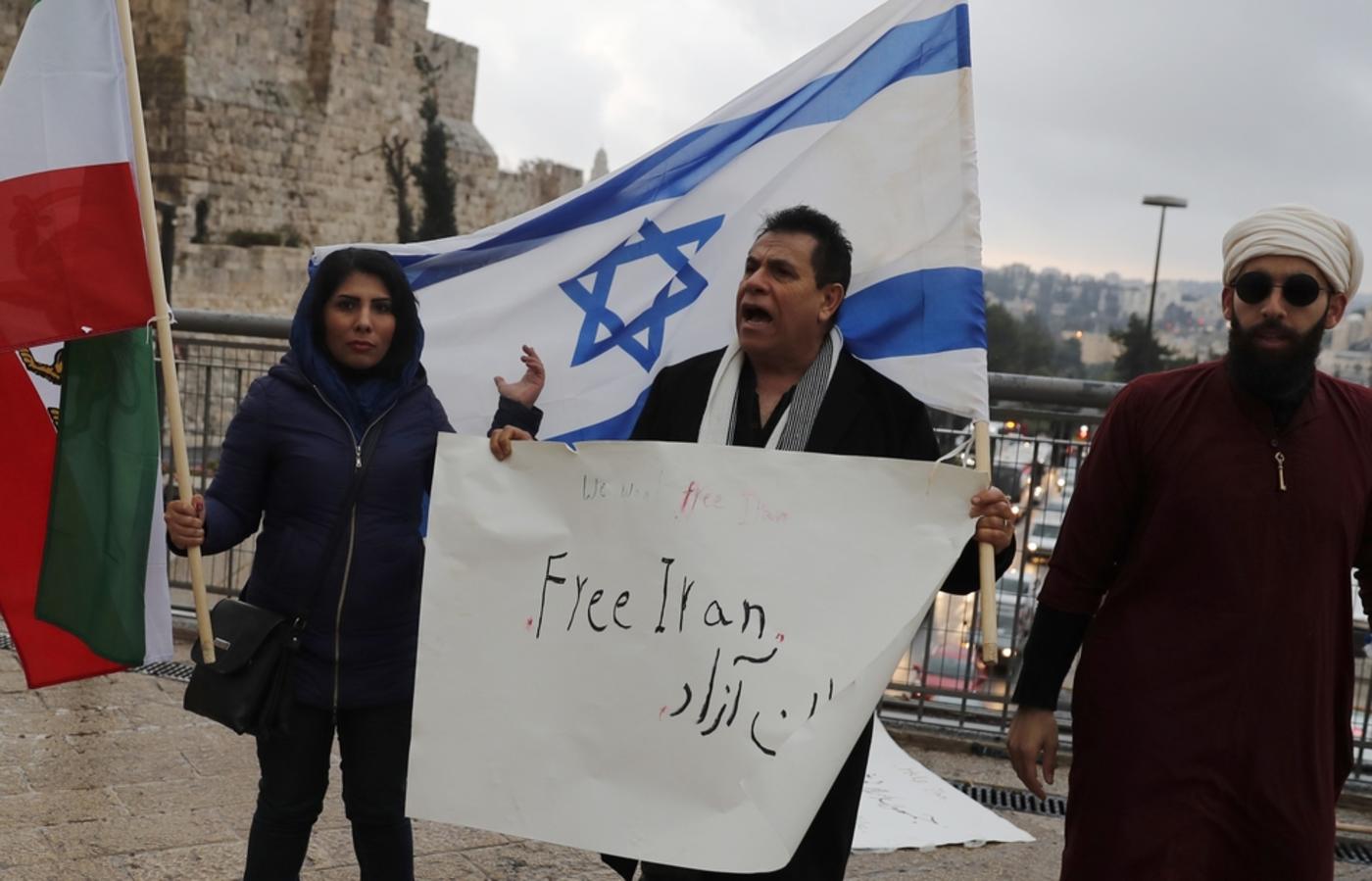 Though both Iranian and world leaders were caught off guard by the sudden eruption of protests in Mashhad, Qom and other provincial cities against dreary economic conditions, both US President Donald Trump and Israeli Prime Minister Benjamin Netanyahu took the news in style.

They immediately fired up their keyboards and video cameras and tweeted their enthusiastic support for the civil unrest. They couched their statements in terms which made clear that they supported not just reforms of the system to make the lives of average Iranians better but they favoured regime change.

Netanyahu prepared a Facebook video in which he lashed out at the clerical establishment: "I wish the Iranian people success in their noble quest for freedom. Brave Iranians are pouring into the streets. They seek freedom. They seek justice. They seek the basic liberties that have been denied them for decades. Iran's cruel regime wastes tens of billions of dollars spreading hate... When this regime finally falls, and one day it will, Iranians and Israelis will be great friends once again."

The last time Israel and Iran were friends was in the days of the shah. In effect, Netanyahu is calling for the return to power of Iran's discredited monarchist elite. Virtually no one inside Iran wants that. US Vice President Mike Pence was even more hardline than his boss in attacking Iran's government:

As long as @RealDonaldTrump is POTUS and I am VP, the United States of America will not repeat the shameful mistake of our past when others stood by and ignored the heroic resistance of the Iranian people as they fought against their brutal regime... (1/2)

While this reflects the sentiments of some of the Iranian protesters who have shouted slogans denouncing Grand Ayatollah Ali Khamenei and the entire clerical establishment, it enters into dangerous territory as far as the Iranian government is concerned. It is one thing to pronounce oneself a reformer who seeks to change the system from within. It is quite another to call for regime change.

At that point, one becomes an enemy of the state, which will root out such resistance brutally and completely. This is why security forces have begun a counter-assault killing 21 of the brave men and women who have taken to the streets. Five hundred have been arrested. I would expect to see show trials of these detainees in the coming months as happened after the 2009 demonstrations.

Though the leader of the Revolutionary Guards proclaimed that the "insurrection" had been quashed, protests continued in several cities as this story went to press.

By aligning themselves with the most extreme elements of those involved in the protests, Trump and Netanyahu have made the job of the security forces that much easier. The standard response has always been to blame such unrest on "foreign elements" seeking to destabilise the nation.

One of the cornerstones of authoritarian regimes is the call to rally the population against foreign enemies. Both Trump and Netanyahu make perfect cartoon villains for the Iranian hardliners.

A wise and prudent diplomatic response would have been to sit back and watch what happened in Iran. This is more or less what former US president Barack Obama did during the 2009 election protests. But current governments in Washington and Tel Aviv both see Iran as evil incarnate. So they find it difficult to sit back and stay out of the fight.

One of the primary rules of politics is to go silent when your opponent stumbles. Don't distract from his problems by inserting yourself into the mix. You want the public to focus on him in his hour of distress, and not on you.

Israel and the US have violated that primary rule of politics. Doing so could cost those opposing the Iranian government their movement, if not their freedom or their lives. But, in truth, neither Trump nor Netanyahu really cares about Iran and its people.

In truth, neither Trump nor Netanyahu really cares about Iran and its people

As Trita Parsi has written, their enthusiasm is meant for their domestic political base, not for an Iranian audience. And with their disregard, they display the height of cynicism.

Trump's hardcore followers are thoroughly Islamophobic and see Iran as the devil incarnate. They are also hawkish and receptive to the idea that America must use force to impose its will on the world. Netanyahu's base is ultra-nationalistic and sees Iran as an existential enemy prepared to exterminate Israel.

This monochromatic view permits no shades of grey and could lead inexorably to war.

The usual media suspects have "piled on" with their own commentary applauding the protest movement. Former Obama administration Iran-hand Ray Takeyh published the hardline anti-regime broadside The Islamic Republic of Iran Is doomed.

In it, he makes no distinction between pragmatic figures such as Iranian President Hassan Rouhani, whom he calls a "long-time functionary of the regime", and the most hardline clerical elements. One is as bad as the other according to Takeyh's unyielding, apocalyptic perspective.

Clearly (though he doesn't say it explicitly), the only way to rid the world of such evil is by an insurrection and foreign intervention. This is exactly what Iranians who wish for real change in their country don't need.

In Jerusalem, a ragtag group of Iranian-Jewish monarchists rallied on behalf of the ancien regime. Their leader proclaimed the undying affection of the Iranian people for Netanyahu. How she knew this, living in Israel in exile, was unclear. "The people in Iran like the Israeli people very much," she said. “They like the Israeli government - and especially Bibi Netanyahu. Many Iranian people told me to tell Bibi that we love him."

Another protester was Zvika Cohen, a fluent Farsi speaker whose parents came to Israel from Shiraz. He said the people in Iran are waiting for the regime to collapse.

"People there are suffering from poverty and famine. The regime takes money from people who have nothing to eat,” he said. "Where are the European leaders? Why aren't they helping the poor people of Iran? Do they care only about their own interests?"

The motto for those who wish a democratic Iran that returns from isolation to its rightful place on the world stage should be: hands off. Let Iranians fix their own country. Meddling by outside powers has never worked to the advantage of domestic dissidents seeking real change.

It is too early to tell what the result of this round of civil unrest will bring. As Parsi wrote, today's protesters are entirely different than those of the 2009 Green Revolution. The former are largely leaderless, disaffected, and apolitical (so far).

Their demands are sweeping and contradictory. We just don't know where they're headed. For this reason, the current protests, though smaller than in 2009, are perhaps more dangerous.

They could be like a winter rain in a desert wadi: starting out with a trickle and quickly turning into a flood that sweeps away everything it passes. Or they may fizzle out as quickly and suddenly as they began.

Photo: Israelis of Iranian descent protest in Jerusalem on 2 January 2018 in support of the current Iranian protests and against the Iranian government (AFP)

Heritage
Scars of war: The historic structures that fell during the Bosnian conflict
Politics
No 10 lockdown parties: Why the media are complicit
Jonathan Cook
Iraq at War
Tony Blair and Boris Johnson: A simple morality tale about western values
Peter Oborne Inside Iran
Will the Iranian protests lead to a popular uprising?
Shahir Shahidsaless