Biden Middle East visit: Why an Israel-led security pact is a paper tiger

Andreas Krieg
Without trust and a shared security vision, any 'alliance' in the region will be ineffective 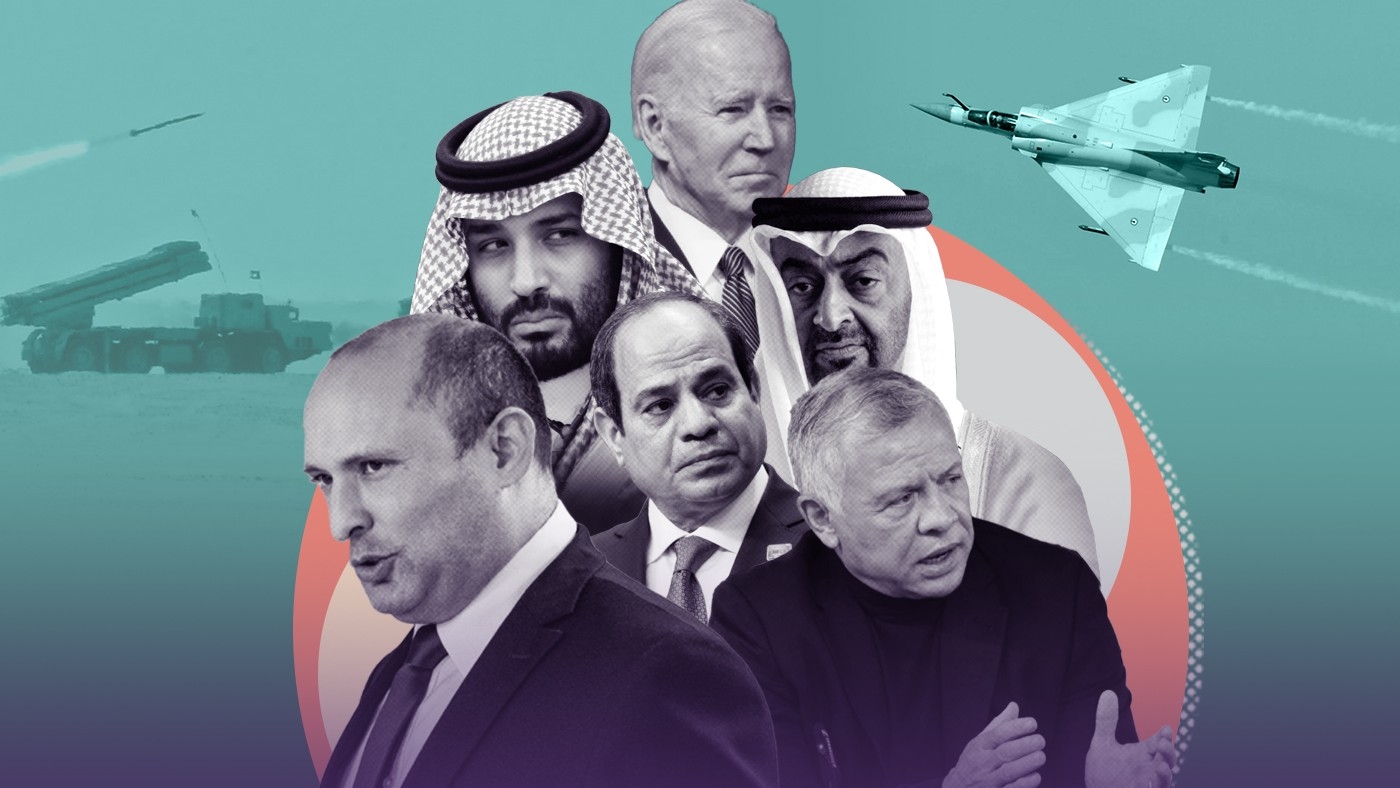 After months of back-and-forth, US President Joe Biden appears to have finally made up his mind to go to Saudi Arabia in July to meet Crown Prince Mohammed bin Salman.

His first presidential trip to the Middle East comes at a time of heightened tensions, as anti-Iran hawks in the Gulf and Israel are lobbying Washington to abandon talks on the nuclear deal and confront Iran head-on. The reality, however, is that there is no military solution to the Iran issue.

Demands by Israeli officials for a regional military build-up against Iran bring back memories of former President Donald Trump’s vision of an “Arab Nato” - a half-baked concept that was never realisable and would hardly have deterred Iran from engaging in its sub-threshold activities across the region, let alone persuaded Iran to give up its nuclear ambitions.

Calls for an increased US military footprint in the Middle East are also out of sync with the realities in Washington. Consecutive American presidents since Barack Obama have tried to reduce their commitments in the region, and instead to empower local actors to bear the burden of security. Biden is following that trend. For this administration, the Middle East must not become a distraction that ties down vital resources required in the pivot of US geostrategic attention to the Asia-Pacific.

The Iran nuclear deal would be a first step in creating a framework of positive regional integration built not around common enemies, but around common concerns and interests. Ideally, Washington would like to see the development of a regional security framework that includes Iran, and where Arab Gulf confrontation with the Islamic republic is replaced with direct engagement.

Against this backdrop, the US is unlikely to expand its current military footprint of around 50,000 troops in the US Central Command (Centcom) area. Still, disproportionate shares of the US military budget go into the Middle East, despite operations in Iraq and Afghanistan having widely ended: nearly $6bn annually, excluding the $2.7bn committed to Afghanistan. Israel tops the list of beneficiaries, having received more than $146bn of US military aid since 1946.

Thus, despite the US trying to reduce its heavy lifting in the region, it still foots the bill for regional security. Tens of billions of dollars worth of US military technology are provided to regional partners each year. Extensive US capacity and capability-building missions are ongoing.

Yet, despite all these efforts, the US has not managed to create a self-sustaining security infrastructure in the region which at least in the military domain could pull its own weight without US leadership - and much of this can be blamed on US local partners themselves.

Strategically speaking, there is no common ground or trust for a Middle Eastern security pact. For Iraq, Qatar, Kuwait and Oman, Iran is an integral part of the regional security infrastructure that needs to be engaged. More widely, threat perceptions and security definitions differ extensively between the various Arab states and Israel.

Even if a small group of states - including Saudi Arabia, the United Arab Emirates, Bahrain and Israel - might agree that Iran is the greatest menace to regional security and stability, the ways and means by which they are prepared to tackle this issue differ widely. None of the Gulf states would want to risk military escalation with Iran, because they would be on the front lines, bearing the brunt of any Iranian retaliation. Iran-sponsored attacks on the Gulf’s hydrocarbon infrastructure in 2019 demonstrated these states’ vulnerability.

Even Israel, which at least rhetorically seems to be the most hawkish anti-Iran lobbyist in the region, is extremely vulnerable to Iranian retaliation. Despite recent drills by the Israeli army and upgrades to its air force capabilities, this deterrence posture cannot belie the fact that any strike on Iran’s nuclear programme would not only have limited military effects, but would come at an extremely high cost.

It is thus not surprising that Israel has tried to keep the ongoing confrontation with Iran in the grey zone between war and peace, using cyber means and surrogate operations to achieve its objectives.

At the operational level, the lack of deep-seated trust between the various Middle Eastern states - including those of the Gulf Cooperation Council (GCC) - means that meaningful force integration and information-sharing is virtually impossible. While the al-Ula process might have brought an end to the Gulf crisis, trust between the competitors has still not been restored.

For 40 years, GCC members have struggled to integrate their military forces and commands. While a unified command infrastructure exists on paper, and the Peninsula Shield Force has troops assigned to it, the rift over opposing security visions among the GCC states post-Arab Spring means that rehearsed exercises aside, GCC militaries do very little jointly. Sensitive information and intelligence are not shared, despite a system of information-sharing being in place.

It is hard to imagine that many Arab states, other than the UAE or Bahrain, would invest in sharing intelligence and information with Israel. 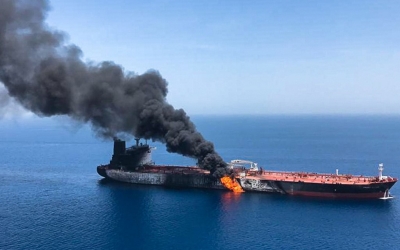 In terms of force integration, the GCC is also hampered by a lack of coordinated procurement programmes - a problem that would be exacerbated under a Middle East security pact involving less technologically advanced militaries.

The Middle East’s militaries are a mixed bag of different platforms and technologies that are not easily integratable. Just across the six GCC air forces, there are currently seven different fighter jet platforms in operation.

Hence, the answer to the question of how effective any Middle East security pact could be is “not very”. Any such pact requires a broader understanding of security beyond the military domain, involving grey-zone capabilities to effectively deter Iranian surrogate operations. It would also require US leadership to bring the various countries and their over-ambitious leaders together - a leadership role the US might not want to play in the long run, as geo-strategic priorities are pivoting away from the region.

Without trust and a shared security vision, any “alliance” in the region will be just another paper tiger, hopelessly out of depth to deal with Iran’s network-centric surrogate operations across the region. 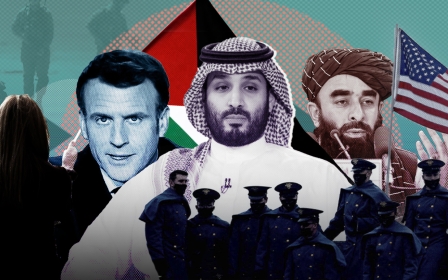 Politics
What does 2022 hold for the Middle East and the world? All bets are off
MEE Debate 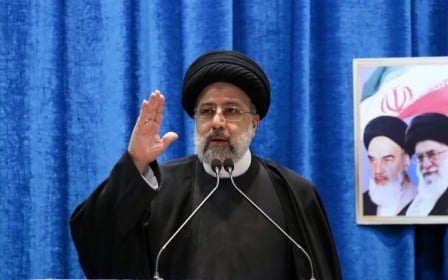 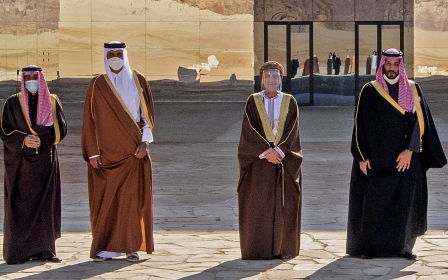 Politics
2021: The year of 'buying time' in the Middle East
Mahjoob Zweiri