Morgan Strong
The Iranians have caused great harm in their insistence to manipulate both Syria and Iraq, but the Obama administration, with the help of Saudis and ISIL, has now effectively squeezed Iran into brokering a deal 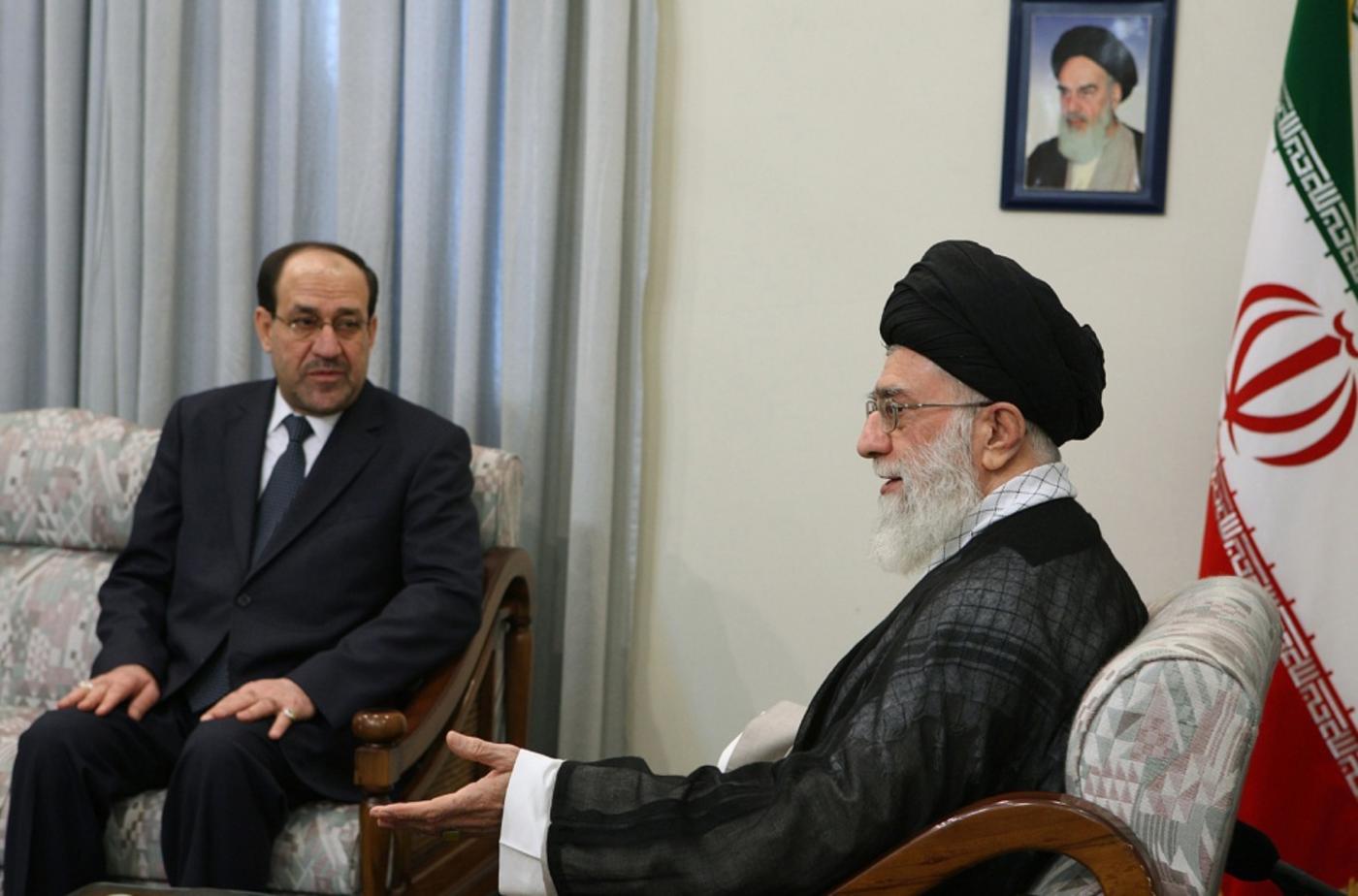 The militia of the Islamic State of Iraq and the Levant, or ISIL is funded and controlled by America’s allies:  Saudi Arabia, Kuwait, and Qatar. The funding of ISIL comes largely from private citizens of these states, who have a tangential connection to the governments of these three countries. These several governments make no attempt to prevent those individuals or groups, who support ISIL from contributing, directing or encouraging the group.

The ISIL invasion of Iraq is a deliberate act to weaken or overthrow the present government of Iraq and substantially reduce the power and influence Iran asserts over Iraq. There is an additional motive to limit further support of the Assad government in Syria through the shipments of weapons and troops from Iran through Iraq.  The invasion of Iraq by ISIL has the tacit approval of the Obama administration.

The prospect that a division-sized troop movement could move unseen across the border from Syria into Iraq - with all the intelligence gathering capabilities the US has in the region - is quite unbelievable. The administration had to have immediate, if not prior, knowledge of the invasion of Iraq by ISIL.

Prime Minister Nuri al-Maliki has allied Iraq with Iran and Syria, creating an untenable position for the United States. Secretary of State John Kerry said in March of this year that Maliki had allowed the transport of arms and fighters from Iran into Syria in support of the Assad government. Kerry had attempted to dissuade Maliki from continuing to allow the shipments, but without success. A senior official travelling with Kerry said the flights to Syria from and over Iran occur daily.

The Obama administration has been unable to persuade Iraq to block overflights of its territory from Iran, or even to perform regular inspections of shipments to Syria. Maliki insists that shipments to Syria are strictly humanitarian supplies.

Maliki’s relationship with the Obama administration has grown increasingly hostile as a consequence. Maliki moved to consolidate his power within Iraq, and has grown increasingly closer to Iran. Many Iraqi’s are equally disappointed with Maliki’s government. They point to the rising Sunni insurgency, sectarian tension, and a political crisis that led to Sunnis and Kurds boycotting Maliki’s Shiite-run government.

Maliki accused Saudi Arabia, Qatar, and Kuwait of funding ISIL for several months prior to the group’s invasion of Iraq. The Maliki government has, however, did little to address the complaints of the Sunni population despite their increasing militancy.

The Obama administration in a White House meeting with Maliki in November of 2011 had pledged continued cooperation with his government. The two men pledged to work together to ensure Iraq’s political stability and strengthen its national defence.

The president in response to questions from reporters in 2011 said he was concerned about Iran’s expanding influence in the region and warned Iran not to meddle in Iraq as the last US troops prepared to leave the country. The president in 2011 acknowledged tactical disagreements with Maliki over whether Syria’s President Assad should step down. The resident has repeatedly called for this, Maliki adamantly refused to support those efforts.

President Obama suggested last week that we need to think about new military options for Iraq and additional forms of US assistance. He also called for political reforms. Obama stopped short of calling for Maliki’s resignation, but was pointed in demanding political reform to provide for an inclusive government.

The immediate crisis in Iraq is a direct consequence of the Bush administration’s pronounced and deliberate policy of deceit which led to the invasion of the country by the United States and its allies. There now remains little doubt that the reasons the administration advanced for the invasion of Iraq were false and wilfully contrived. There were never any weapons of mass destruction present in Iraq, nor it appears was there any plan to acquire such weapons by the government of Saddam Hussein.

President Obama once described the invasion of Iraq as “dumb”. He was correct, and the consequences of the treachery of the Bush administration in leading the United States to that war are now reaching fruition. The United States suffered nearly 4,400 dead in Iraq and 32,000 wounded. The cost of the war was more than $1 trn. Iraq now remains more of a threat to the safety and security of the United States than ever before.

The insistence of the Bush administration that elections be held in Iraq in 2005 was to placate the American public through distraction. The elections were held only to reassure the American public that the invasion was justified, if for nothing more than providing the people of Iraq with a democratic form of government. Those elections were chaotic, and flawed, giving a majority of the seats in the Iraq parliament to the Shiite parties.

The minority Sunni population boycotted the election. The election served only to substantially disturb the fragile political balance in Iraq, and isolate and disenfranchise the Sunni population which led to the immediate dreadful circumstance.

The first Iraq prime minister, Ibrahim al-Jaafari, was forced from power in 2006 because of his ineffectual leadership. The Bush administration than became deeply involved in the selection of the new prime minister. Maliki was interviewed by the CIA to determine his possible ties to Iran. The CIA and the United States Ambassador to Iran, Zalmay Khalizad, declared Maliki to be free of influence by Iran. Maliki was effectively chosen as the new prime minister by the Bush administration in 2006. He has served in that office since.

Maliki was active in the Shiite opposition against Saddam Hussein. In July of 1979 when he was discovered to be a member of the outlawed Islamic Dawa Party, and was to be arrested by Saddam’s security forces, he fled the country for Syria. While he lived in Syria he developed close ties with Hezbollah and with Iran. He left Syria for Iran in 1982 where he lived until 1990.

The Bush administration and the CIA were seemingly unaware of his close connection to both Hezbollah and the Iranian government. New information claims that Maliki was the preferred candidate for the post of prime minister by the leader of Iran’s Quds Force, Qasem Soleimani.

Maliki visited Tehran in December of 2013 and met with the Supreme Leader Ali Khamenei. Khamenei expressed in a written statement: “What you [Maliki] are doing for your country is a step that deserves evaluation, but Iraq needs much more.” This message was seen as Khamenei expressing his dissatisfaction with the performance of Maliki, who was seeking a third term as prime minister.

Khamenei reportedly offered Iran’s assistance in providing intelligence regarding Sunni groups and their leaders in Iraq, leaving Maliki to deal with the Americans.  Maliki is little more than an extension of the Iranian theocracy, and functions as a supplicant to the Mullahs of Iran, and their insatiable demands for power.

The reluctance of the Obama administration to provide military assistance to the Maliki government is clearly meant to diminish his opportunities. He is, ideally, to be forced into political reform or resignation. Iran’s influence over Iraq it is hoped will equally diminished.

According to a report in the London, Guardian, Saturday last, Iran has sent 2,000 advance troops to Iraq in the past 48 hours to protect Baghdad.

ISIL Forces will be held at bay, stopped short of attacking Baghdad, until the US extracts concessions from Iran and Maliki - Iran has now agreed to meet with the Obama administration in an attempt to resolve the matter.

The Iranians have for the past several years been the power behind Maliki and they have caused great harm in their insistence to control and manipulate both Syria and Iraq. The Obama administration, with the help of the Saudis and ISIL, has now effectively squeezed Iran into brokering a deal, but for the short term only. Iran’s ultimate goal is to gain absolute control over the Middle East and impose a Shiite theocracy throughout. They will not be dissuaded from that end.

Iran controls and arms Hamas in Palestine, and controls Hezbollah in Lebanon. These two groups allow little hope of peace in either Israel or Lebanon. Neither group can hope to dominate in either country. They are in effect irritants and spoilers, but disproportionately powerful.

ISIL has continued to conquer territory in the Sunni enclaves of Iraq. The regions oilfields are now at risk, and may shortly be under the control of the group.

ISIL has served its purpose, indeed. The difficulty will now be to restrain them once they are no longer necessary. That will ensure the next crisis.

-Morgan Strong is a former professor of Middle Eastern History, and was an advisor on the Middle East to CBS News, 60 Minutes. Iraq at War
US: Iran sent 'small numbers' of operatives into Iraq