Sharif Nashashibi
The conflict in Iraq could become as overtly sectarian as in Syria, and Iran's actions so far have indicated that it is happier to be part of the problem than being part of the solution 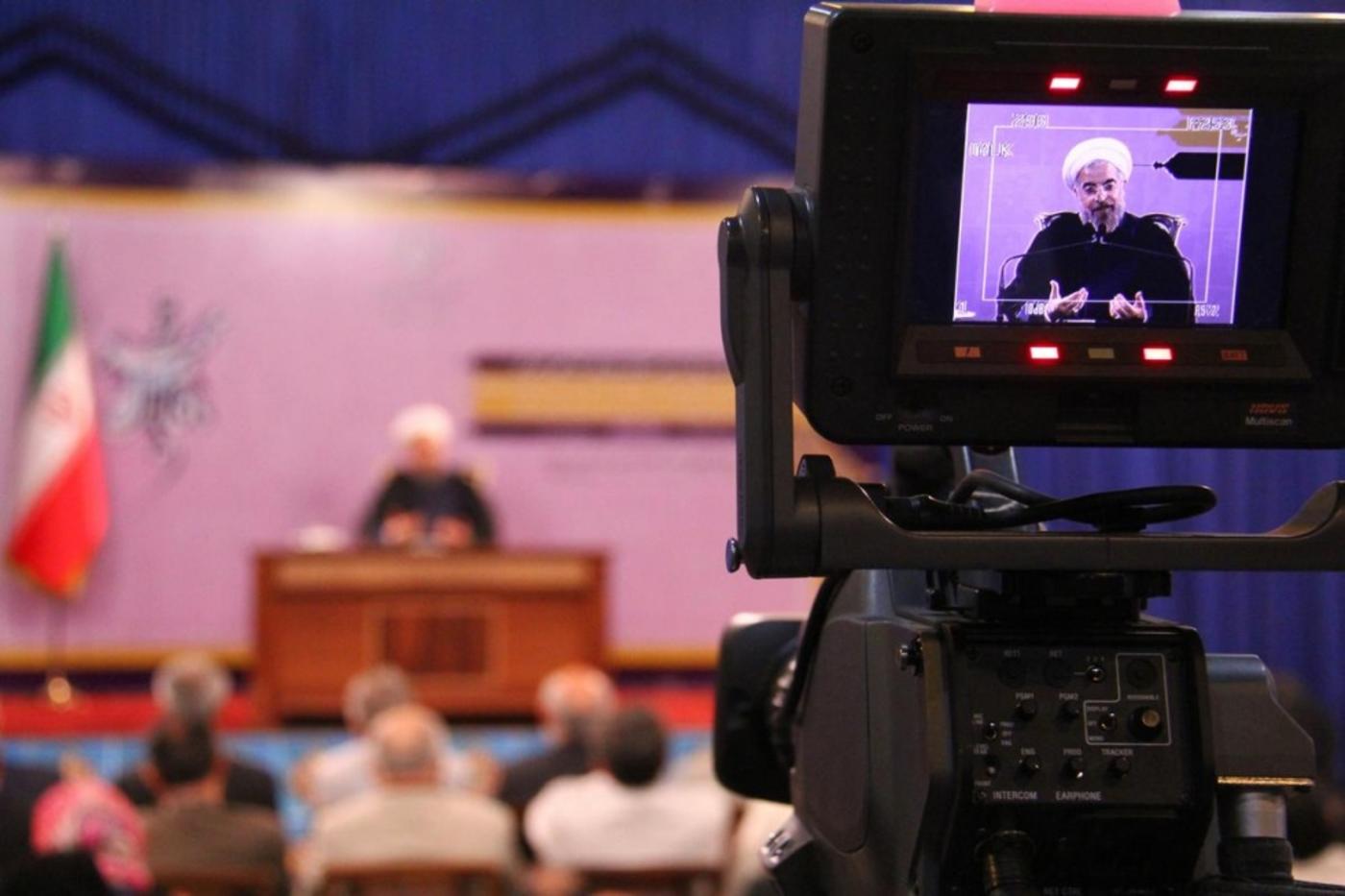 While people are rightly pointing out the folly of further Western military intervention in Iraq, there is a deafening silence about Iranian military intervention. Tehran has reportedly sent 2,000 advance troops to its neighbour, as well as the head of its elite Quds Force. As such, Iran now has troops in two Arab countries (Iraq and Syria), and a dominant proxy force in a third (Hezbollah in Lebanon).

This despite Tehran warning against "any foreign military intervention in Iraq," and making similar statements regarding Syria and Lebanon. Iran's expanding military presence in the region - against much Arab opposition, and amid alarming sectarian tensions - is worthy of attention and concern.

Tehran says its aim is to protect Shiite holy sites in Iraq, which Sunni militants have threatened to target. This is plausible, but undoubtedly a major factor is its desire to prop up its Shiite ally, Iraqi Prime Minister Nouri al-Maliki, whose position has quickly become very shaky.

This is reminiscent of Hezbollah claiming that the purpose of its military involvement in Syria was to protect Shiite shrines. It soon became clear that its real agenda was to crush the uprising against President Bashar al-Assad. It is duplicitous to justify the deployments of Hezbollah and Iran by saying they have been invited by Damascus and Baghdad, respectively.

These are not neutral missions of humanitarianism or stability, but support for regimes mired in sectarian, civil conflicts for which they are largely responsible. It is the same hollow justification used for Syria's involvement in Lebanon's civil war, which led to Damascus's prolonged, direct military domination over its neighbour.

Since the disastrous US-led invasion and occupation of Iraq, Iran has been accused of pursuing regional hegemony. These allegations have always been politicised, they have at times been exaggerated, and in some cases without foundation. However, developments over the last few years - particularly in Syria, Iraq and Lebanon - have made such claims hard to dismiss.

Iran's military support for Maliki will jeopardise recent efforts to mend ties with Gulf Arab states, who blame the Iraqi prime minister for the present crisis. On Wednesday, Saudi Arabia warned against foreign intervention in the conflict, in apparent reference to its regional rival.

"The toughening of rhetoric about Iraq by the Gulf's two top powers suggested that Tehran and Riyadh have put on hold recent plans to explore a possible curbing of their rivalry across the region's Sunni-Shi'ite sectarian divide," Reuters reported.

Iran's involvement threatens to draw in other countries, and will further alienate it from Maliki's many domestic critics - Sunni Arabs, Kurds and Shiites. In addition to Tehran's support, he has been bolstered by Shiite militias, and a call by Iraq's most senior Shiite cleric - Grand Ayatollah Ali al-Sistani - "to join the security forces." This call has reportedly been answered by thousands.

As such, Maliki seems to be ignoring increasing international pressure to carry out fundamental and genuine reforms. These calls are coming even from his allies, including what Reuters describes as a "growing chorus of criticism" in Washington.

Instead, Maliki has described the revolt as a "conspiracy" - a favourite excuse of Arab strongmen. He has also vowed to teach Sunni militants a "lesson," offered to arm civilians willing to fight them, and asked the US to launch air strikes.

Basically, Maliki is relying on a military solution to a political problem, and Iran is indulging him. Iraq's army is already seen by many of the country's Sunni Arabs as a sectarian force, and its many abuses are widely documented.

Given the current threats, determination, military prowess and atrocities committed by extremist Sunni militants such as the Islamic State of Iraq and the Levant, Shiite fear of their brutality and ideology is totally understandable.

However, swelling army ranks with Shiite volunteers, backed by Shiite militias and Iranian troops, will only make matters worse. It will be viewed by Sunnis in Iraq and elsewhere in the region as reinforcing Shiite dominance of the country at the expense of the Sunnis, whether via the army or its foreign allies.

This could stymie Sunni opposition to extremist militants, and may even galvanise their ranks if they start to be viewed as a bulwark against Shiite power. Certainly, their swift battlefield gains - in mainly Sunni areas - would not have been possible without widespread local disaffection towards the state.

Given the Sunni "awakening" that resulted in Al Qaeda's decimation in Iraq, extremists' ability to find fertile ground again is an alarming testament to the utter failure of Maliki's rule, and more widely to the devastating legacy of the US-led invasion and occupation.

Any developments that inadvertently swell the ranks of ISIL will be disastrous not only for Iraq but also for Syria, where rebels opposed to President Bashar al-Assad are engaged in open combat against the group.

"If there is to be support for Iraq, it has to be support for a government... of all the people" that "is representative of, and responsive to, all elements of Iraq," General David Petraeus, who led the American troop surge in Iraq, said in relation to Maliki's request for air support. "This cannot be the US being the air force for Shiite militias, or a Shiite on Sunni Arab fight."

Iran seems to have no such qualms. Its direct military support for Maliki will only ensure the prolongation and widening of the conflict, and the intensification of its sectarian nature. Tehran may well be emboldened by Washington's stated willingness to cooperate over Iraq - the two sides have already held talks over the issue.

Given ongoing negotiations over Iran's nuclear programme, and its influence in Iraq, it is understandable that the US feels the need to engage. However, the result may be growing quiet, rather than disquiet, about Tehran's meddling in Iraq and Syria.

Developments are fast reaching a point where the conflict in Iraq could become as overtly sectarian, regional and vicious as in Syria. Tehran has the potential to be part of the solution in both countries, but its actions so far have indicated that, like other players in the region and beyond, it is happier to be part of the problem.

Photo credit: Iranian President Hassan Rouhani speaks to the media during a press conference on June 14, 2014 in Tehran (AA)