Dan Glazebrook
When the West offers "support" for Nigeria against Boko Haram, or for Iraq against ISIL, they are offering protection against threats which the West created 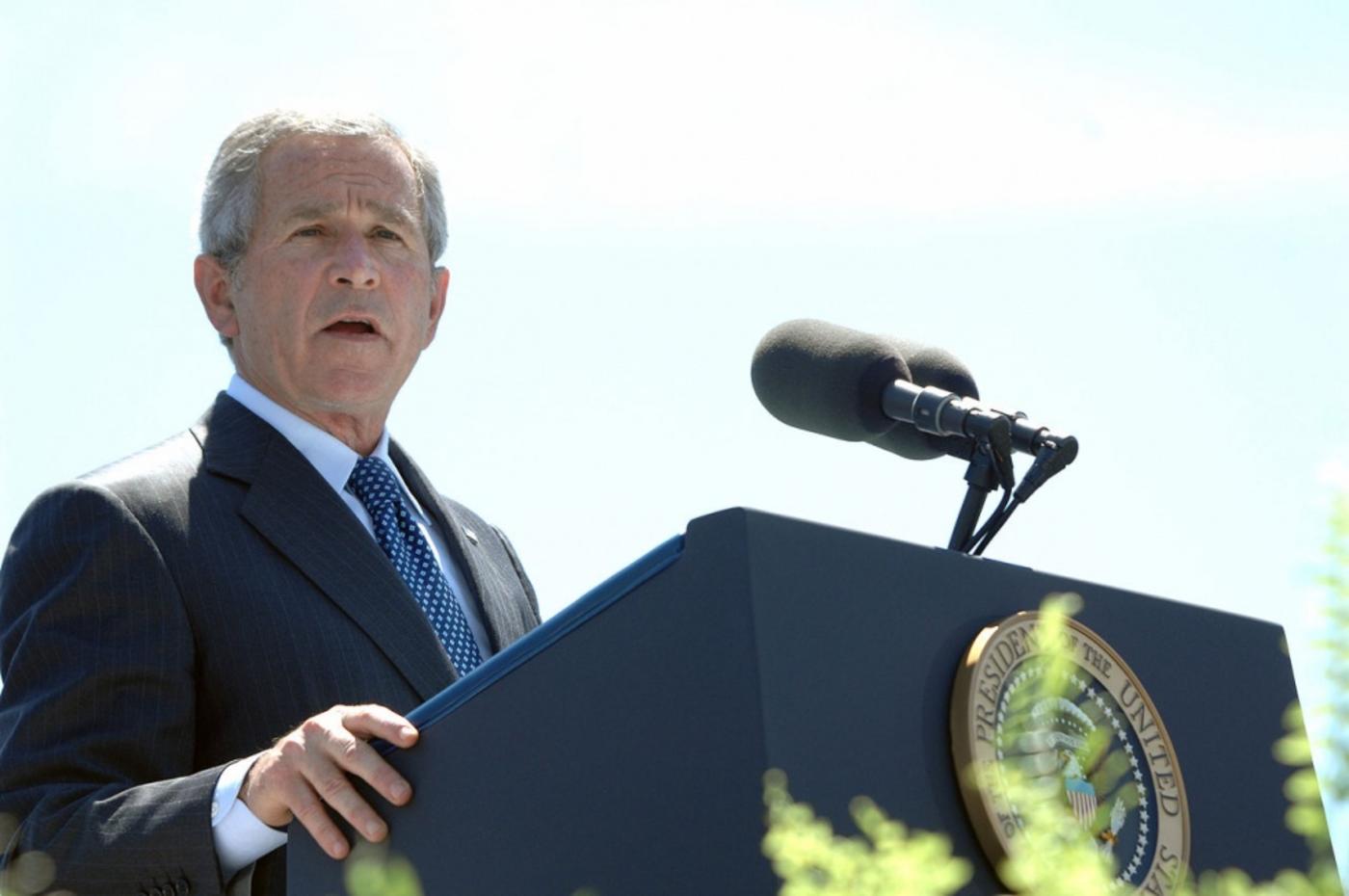 When former US president George W Bush set up AFRICOM - the US army’s "African command" centre - in 2006, he was unable to find a single African country willing to host the organisation’s HQ. In the end, the nearest he could get was Stuttgart, Germany, where AFRICOM is still based to this day.

This was a time when Africa was rapidly pulling itself away from the West’s orbit: the African Union, formed in 2000, was formed explicitly in opposition to the "neoliberal globalisation" that Western financial institutions had been foisting on the continent, and massive Chinese and Libyan investment was providing very real alternatives to the International Monetary Fund and its "structural adjustment programmes" that had proved so debilitating during the 1990s.

This meant that the West’s key "leverage" over Africa - its position as monopoly provider of loans and markets - was (and is) rapidly being destroyed. In the 1990s, the West had been able to impose neoliberal policies - such as the abolition of tariffs, the ending of subsidies and the cutting of social provisions - because debt-ridden African countries were effectively at the mercy of Western financial institutions.

These institutions were able to demand the implementation of such policies in exchange for "debt restructuring" - essentially the provision of new loans to pay off old (often fraudulent) ones. The problem for Africa was that such policies served to remove economic sovereignty and keep the continent tied into a neo-colonial division of labour, providing cheap minerals and crops whilst destroying its infant manufacturing industry and keeping wages low due to the resultant unemployment.

This arrangement was seriously challenged in the 2000s, as China began to offer both investment and infrastructure loans on terms far superior than anything being offered by the West. One example was the $6billion loan to the Democratic Republic of Congo arranged in 2010.

As Boyce and Ndukamana have written in their excellent book, Africa’s Odious Debts, “In exchange for copper and cobalt...the DRC [Democratic Republic of the Congo] gets railways, roads and other public goods. For ordinary Congolese people, the near-barter trade arrangement means that they can see, feel and touch the proceeds of the transaction... [This] looks good compared to oil-backed loans from Western bankers to African governments, the counterparts of which are cash in secret offshore accounts and guns to suppress the regime’s opponents”.

With loan-dependency being undermined, however, the Western nations which have grown so wealthy on the back of African labour and resources are now attempting to foster a new type of dependency – but this time in the area of military security.

Following the African Union’s rejection of AFRICOM in 2006, African opposition to Western attempts to replace its waning economic influence with military muscle have intensified. The AU’s election to the Presidency of Colonel Gaddafi – the man whose first move on coming to power in 1969 was to immediately throw US and British military bases out of his country – in 2009 was hugely symbolic of the organisation’s determination to resist neo-colonial designs, and to push instead for greater integration and independence.

In his year as leader of the AU, Gaddafi  began pushing for a single African currency, army and passport, as well as putting serious Libyan money ($30 bn) behind the creation of three AU banking institutions which aimed to further disentangle the continent from Western financial manipulation. In 2010, the AU set up five regional "African Standby Forces", designed to implement the Union’s 2004 Peace and Security Charter. Meanwhile, CEN-SAD, the 23 member Community of Sahel and Saharan states, under Libyan leadership, also facilitated security coordination across the region, which even the US ambassador (in a leaked memo in 2008)admitted was proving highly effective.

Thus, the US ‘offer’ to provide military and security ‘support’ via AFRICOM and initiatives such as the Trans-Sahara Counter-Terrorism Partnership (TSCTP) were invariably declined as unnecessary in the light of the increasingly effective security organisations of the African Union itself. Indeed, Libyan National Security Advisor Muatassim Gaddafi told Hillary Clinton bluntly in 2009 that the “Tripoli-based Community of Sahel-Saharan states (CEN-SAD) and the North Africa Standby Force obviated TSCTP’s mission”.

This was all before the invasion of Libya. Since 2011, these security gains have been put sharply into reverse, not only by the destruction of the Libyan Jamahiriya, the lynchpin of the Trans-Saharan security system, but also by the massive arming of dangerous sectarian militia groups in the process.

The Libyan Islamic Fighting Group (LIFG), who acted as NATO’s foot soldiers in the battle to oust Gaddafi, were given advanced weaponry and training by Britain, France and Qatar, and were ultimately able to seize Libya itself as a safe haven for operations across the region as a result. LIFG’s close links to other regional militia such as Al Qaeda in the Islamic Maghreb and Boko Haram are well documented, and as early as January 2012, the UN were issuing reports warning that NATO’s actions in Libya had greatly boosted the fighting capacity of Boko Haram and their allies.

So it is no surprise that both AQIM and Boko Haram have been able to launch much more audacious attacks in the wake of the NATO’s destruction of Libya. These groups have been massively boosted by the support and territory they acquired both directly from NATO and as a result of its actions.

In an excellent piece for spiked-online, Brendan O’Neill has thoroughly documented the indisputable link between NATO’s arming of sectarian death squads in Libya and the subsequent growth in capacity of Boko Haram, which has empowered them to organise attacks such as the kidnapping of almost 300 schoolgirls earlier this year.

But this growing chaos has provided a much more fertile environment for the West’s latest attempt to convince Africa that its military forces are now "needed" after all.

Effectively, Western foreign policy has become little more than a protection racket. In classic mafia style, the initial rejection of the US offer of AFRICOM "protection" was met with extreme violence (against Libya), and enabled destabilising militias to step up attacks on countries throughout the region, from Algeria to Mali to Nigeria. Now the West is able to repeat its offer – this time hoping for a more sympathetic hearing, having unleashed the very forces from which it is now offering protection.

The same is clearly the case in Iraq. Nuri al-Maliki, Iraqi prime minister, has grown increasingly distant from the West in recent years, signing huge oil contracts with China, maintaining good relations with Iran  and refusing to support Western-backed "regime change" in Syria.

Now he is facing a massive onslaught from the forces of ISIL (Islamic State in Iraq and Syria), a group not only empowered but created as a result of the West’s policy of sponsoring violent upheaval in neighbouring Syria. Now that upheaval has spilled over into Iraq, Maliki, like Goodluck Jonathan in Nigeria, is being offered "protection" by the US and the UK, the same governments that set in motion the forces they are now fighting.

In other words, when the US and Britain offer "support" for Nigeria against Boko Haram, or for Iraq against ISIL, they are offering protection against a threat which they themselves are responsible for.  The flooding of North Africa and the Middle East with armed militias – the overt and predictable consequence of NATO’s actions in Libya and Syria - aims to make Africa and the Arab world dependent on the West for its security needs.

African and Arab governments should not fall into the trap. The West aims to destabilise countries like Nigeria and Iraq not stabilise them. It would turn Nigeria into Libya if it could – a failed state unable to offer any kind of regional counterweight to Western influence, and whose resources are open to plunder by regional militias beholden to the West and protected by private Western security, rather than being a tool for national development. The whole strategy shows the violent depths to which neo-colonialism is prepared to go in its desperate bid to sabotage the world’s progress towards multipolarity. 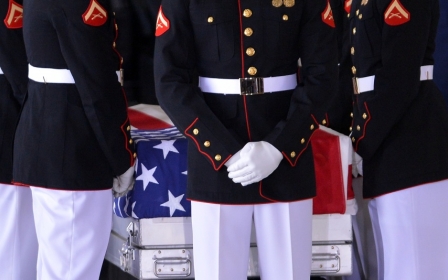 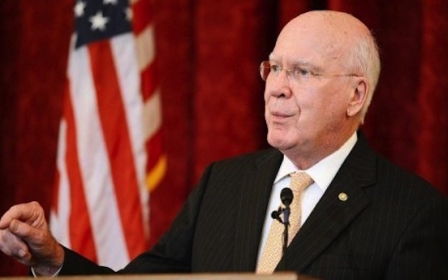 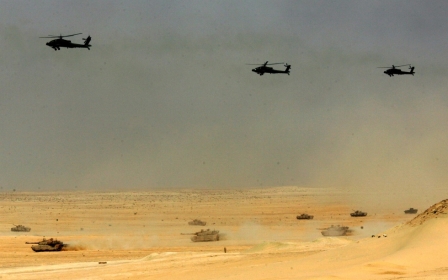