Mariam Barghouti
For far too long, our voices have been treated as secondary sources to bolster careers, rather than actually empower us 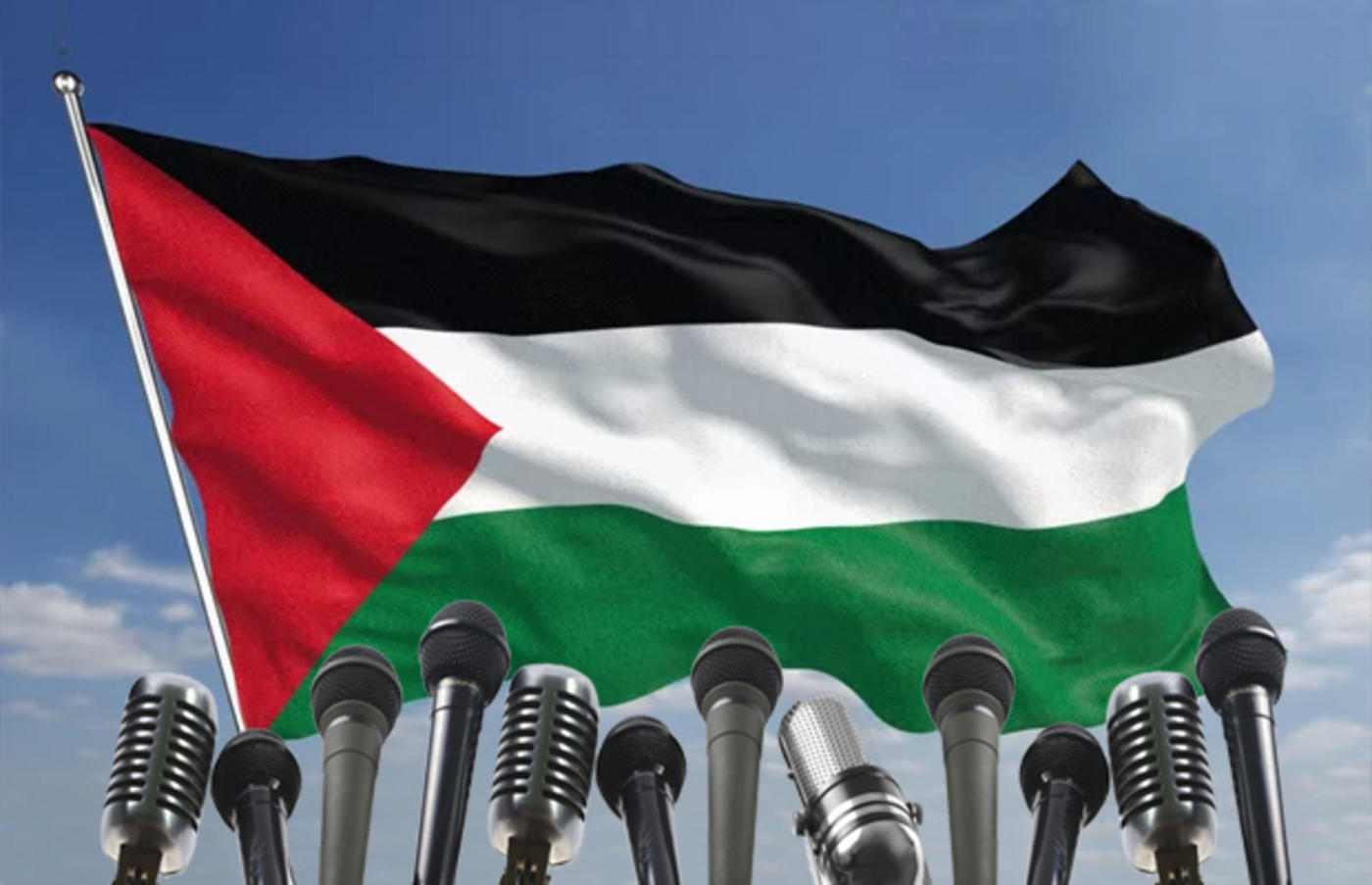 These days, there are far fewer internationals on the streets of Ramallah compared to the influx of foreigners, namely journalists, that came last October during the escalation of violence.

"We aren't newsworthy these days," a friend jests. We both burst into cynical laughter.

We have acted as translators, fixers, editors and interviewees for their stories, often without due credit

Our observations, however, also provoked a reflection on international journalists. After years of engaging with them, the fact that many visiting amateur writers have gone on to build careers after covering the Palestinian milieu warrants a necessary critique.

I find that, as Palestinians, our resentment towards these journalists is not only valid, but also inevitable in a sphere where our voices are inferiorised and our cause used by individuals as a tool to support their own personal agendas.

Opportunists using the efforts of resistance groups for their own private gain is not a contemporary phenomenon. Whether it is for recognition, political gain, or profiteering, the voices of defiant marginalised communities commonly invite Machiavellian abuse by opportunists.

In Palestine, this is evident in the careerism of international pro-Palestinian activists and, more insidiously, the opportunism of those dabbling in political analysis and journalism.

In an age with increased technology and mass-media dissemination, local voices from the global South are more muddled than ever. In Palestine, our voices are often heard only when we are suffering or in violent uproar.

In Palestine, our voices are often heard only when we are suffering or in violent uproar

Despite the ability of local individuals to produce nuanced reporting, we are instead reduced to annotative references. I have pitched stories on the region which were rejected only to find that an international journalist has been assigned to cover the very same topic.

It seems that publications are not interested in our professional voice often under the farcical aim of promoting objectivity.

In return, our opinions are carefully assorted in sound bites and decontextualised quotes for the use of international journalists crafting their perception of the region. In their seemingly innocent coverage of the Palestinian issue, they are also building their resume as conflict reporters.

I once met five separate aspiring journalists from the US and Europe in a single week. While they all came from different and diverse backgrounds, they seemed to share one thing in common: Palestine. It would be their first attempt to truly cover international news from a place that continues to reap international attention.

It’s noteworthy that a significant number of English-speaking Palestinians involved in the realm of Palestinian politics and activism have had some sort of encounter with international journalists. We have acted as translators, fixers, editors and interviewees for their stories, often without due credit.

We, the Palestinians, have used our credibility among local communities to vouch for the work of writers, analysts and reporters.

Because of this close proximity, over the years, our disenchantment with these visiting journalists multiplied and our bitterness increased. It is not uncommon to hear the word ajanib (literally translating to foreigners) used in a pejorative way when speaking about international journalists.

It is not enough that our narrative is being hijacked and appropriated by a colonial power, but we must also add to this the monopolisation of our misfortune by ambitious foreign novices.

Palestine as a stepping stone

It seems that while Palestinian resistance efforts create a notable impression – whether it is in the often condemned violence or non-violent efforts such as the Boycott, Divestment and Sanction movement (BDS) - the Palestinian endeavour to etch our own narrative continues to be eclipsed by internationals dominating the platform.

When scrutinised, it is clear that reference to the Palestinian question is caught betwixt the voices of international visitors or journalists as we continue to languish in our struggle for self-determination and justice.

That being said, I concede that international coverage of turmoil in the global South is essential, especially considering the complicity of the West with its imperial and colonial record. There is, however, a sinister element in the brute utilisation of our cause as a stepping stone for journalists’ bona fides in this competitive career path.

Unfortunately, Palestine has provided them with valuable credibility which validates their journalistic integrity when covering other places in the region. Their name, as credible and nuanced authors, analysts and commentators, is directly associated with Palestine.

It is as though, through Palestine, they secure the credentials to construct the narrative of other downtrodden places. Insidiously and dangerously, the exploitation begins to transcend Palestine including but not limited to Yemen, Bahrain, Syria, and Kashmir.

While affirming the above, it is important to note that this opportunism is not an individual effort. Palestinian solidarity groups have also assisted in this exploitation. There is a dangerous galvanisation of journalists who market themselves as cogent mouthpieces on the Palestinian struggle. There is also a blustering of egotism among opportunists who cover Palestine.

I have met American construction workers who became independent journalists and filmmakers purely after coming to Palestine. The privilege they possess allows them to enter places banned to local reporters ranging from Gaza or to Israeli government conferences, aiding the colonial effort to discount colonised voices.

While these visitor’s voices are lauded by international solidarity groups, who invite them as experts on the region - often favouring them over the voices of the natives - our input once more remains reserved to the “personal narratives”. Feeding off our emotionally evocative stories, it is these very journalists, on temporary assignments, who serve as the voice of reason and “neutral” analysis on what should be done in the region.

The message of this arrangement is that in order for our words to carry weight, they require the imprimatur of an outside voice to ‘legitimise’ our needs and demands. It is a structure which has opened avenues for dilettantes to use the global South, including Palestine, as a stepping pedestal for their inchoate journalism careers.

It is true that our struggle, as a perpetually dismissed cause, needs more international voices and journalists vocalising the pursuit of justice and dignity. But we must distinguish between Palestinians needing foreign journalists to echo our narrative and an international community which does not find our voices enough.

With the increase of turmoil in the Arab world, our agency continues to be stripped and our efforts for justice repudiated by prognosticating internationals. While our intricate lives continue to serve as footnotes on resumes, and international voices are still idolised, not only must we fight the oppression directly affecting us, but now also the brutish employment of our pain.

This system of exploitation carries with it a problematic co-optation and should not only be exposed but also rejected. It has further hindered our genuine solidarity efforts and indirectly contributed to the perpetuation of our subjugation. Our voices, as the people whose fate is directly affected, must be primary sources, not secondary. 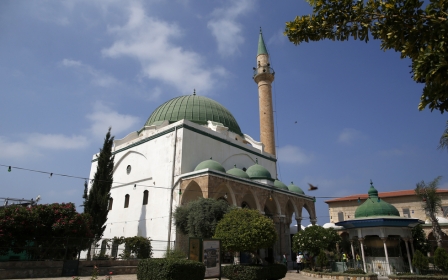 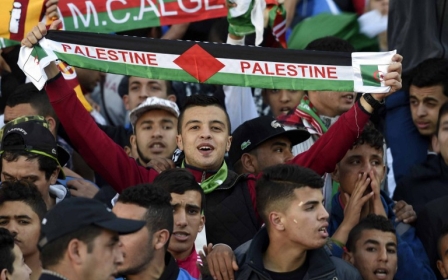 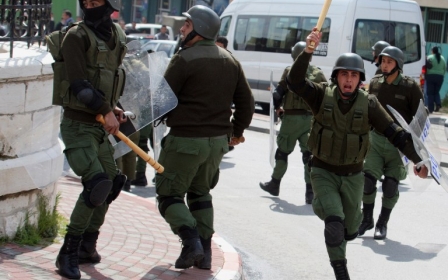