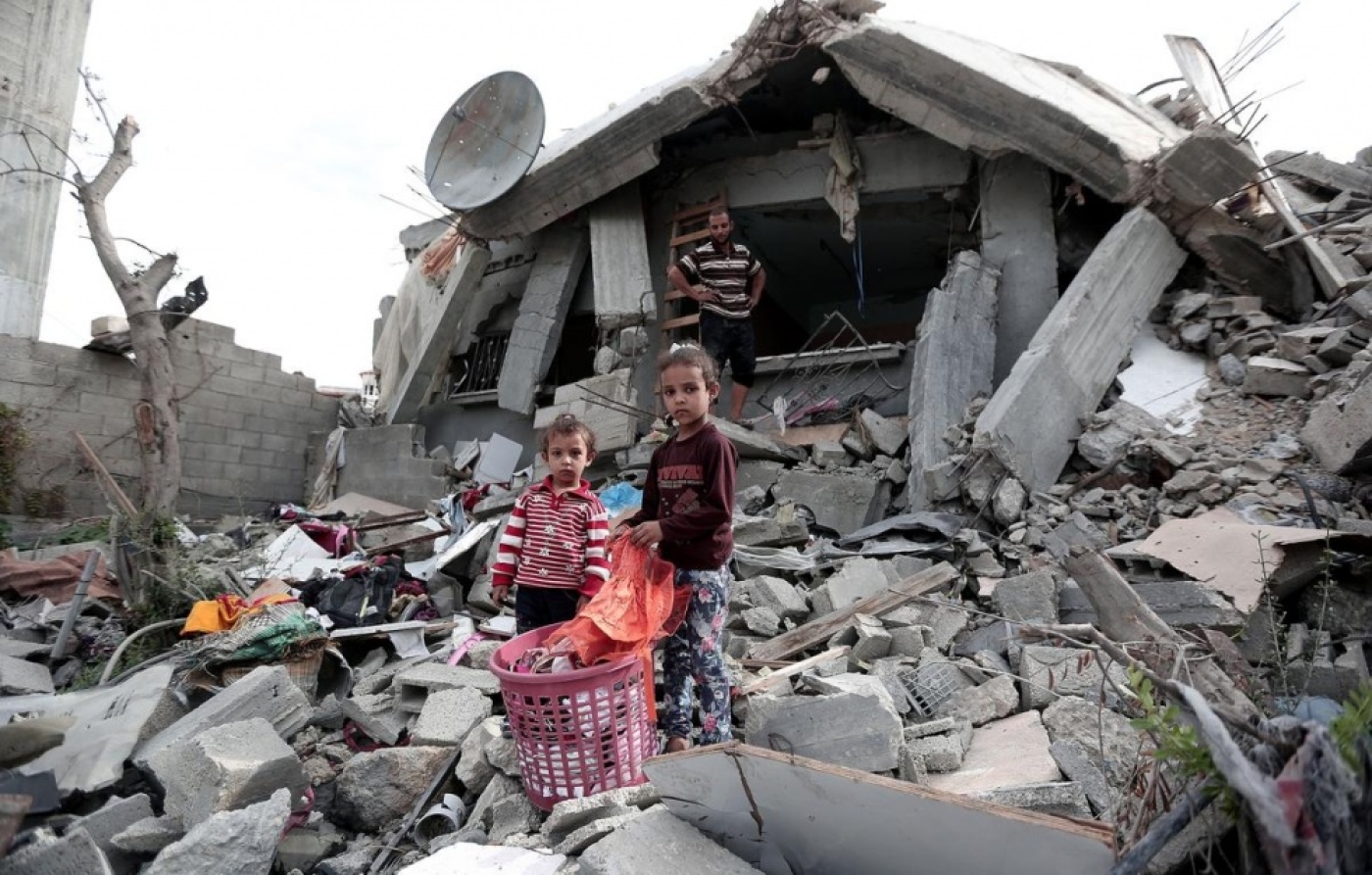 A newspaper’s convictions can be discerned by studying its editorials since these are where it articulates its positions on the central issues of the day. An examination of New York Times editorials on Israel-Palestine since July suggests that the paper’s editors value Palestinian life far less than they value Israeli life.

Times editors use strong, emotionally-charged words in their discussion of the November Jerusalem synagogue attack. The Times describes the killing of five Israelis as an act of “brutality”, “horrific”, a “tragedy”, and an example of “inhumanity” that there is “no comprehending”.

Comparable language is largely absent in Times accounts of Palestinian civilians killed during Operation Protective Edge. In a 15 October editorial on reconstructing Gaza, the editors write: “The recent 50-day war in Gaza killed over 2,000 Palestinians and 73 Israelis.” Note the plainness of that description. 2,000 dead Palestinians is evidently not tragic. It’s not brutal for Israel to kill so many. Neither is it horrific nor inhuman. And Israeli actions are perfectly comprehensible to the Times.

One might argue that the Times is especially moved by the Jerusalem attack, because synagogues are sacred and thus those killings are exceptionally awful. That still leaves unanswered the question of why the Times’ reaction is dissimilar in the far larger number of cases of Palestinian deaths that are exceptionally awful. Surely the killing of children is an example. But consider the Times’ 6 August editorial. It concludes by calling the Gaza war in general a “tragedy” but the deaths of Palestinian children mentioned eight paragraphs earlier earns no direct comment from the Times: “More than 1,800 Palestinians, a majority of them noncombatants, and 67 Israelis have been killed. United Nations officials said 408 Palestinian children were killed and 2,502 injured.” Here the death of 408 Palestinian children is simply mentioned without any modifiers.

A week earlier, Israel struck Jabaliya refugee camp and, in the words of UNRWA commissioner-general Pierre Krahenbuhl, “children were killed as they slept next to their parents on the floor of a classroom in a UN-designated shelter in Gaza.” On 3 August, three days before the Times editorial was published, Israel killed 11 people including three children, at a school in Rafah that was sheltering nearly 3,000 internally displaced Palestinians. These events don’t earn specific mention in the 6 August editorial; they’re simply subsumed under the number 408. The strongest condemnation of Israel in that article is: “Both sides are tallying the blame. In too many cases, Israel launched weapons that hit schools and shelters and failed to adequately protect Palestinian citizens. But Hamas….” Apparently hitting some Palestinian schools and shelters would be acceptable to the Times, though Israel deserves criticism for exceeding its school-attack and shelter-strike quotas. But the paper doesn’t consider killing Palestinian children in Jabaliya or Rafah brutal, horrific, inhuman, or incomprehensible.

Similarly, the Times’ 24 July editorial refers to 750 deaths, “a vast majority being Palestinian civilians.” Its most robust expression of concern for Palestinians is that “no one can be indifferent to the fact that innocents are paying an intolerable cost for being caught in the middle. It’s fair to ask whether Israel is doing enough to prevent that.” The Times uses this bland, passive writing even though less than a week before “intense Israeli bombardment of Shejaya killed more than 60 people, including at least 17 children.”  Moreover, three days before the 24 July editorial was published, “the Israeli military fired artillery rounds at Al-Aqsa hospital in Deir al-Balah,” killing four and injuring dozens. If some types of killing are so brutal as to merit unique levels of outrage, then killing people in hospital must certainly also be one of these. Yet neither of these cases leads the Times to use the fiery language it used in response to the synagogue killings.

On 18 July the editors demonstrate more distress about Palestinian civilian casualties than at any other point during or since Operation Protective Edge: “Innocent Palestinians are being killed and brutalized: four Palestinian boys playing on a beach; four children playing on a rooftop; a rehabilitation hospital, all destroyed by Israeli firepower. The United Nations says that of the more than 260 Palestinians killed, three-quarters were civilians, including more than 50 children.”

Each of the cases mentioned would have to be counted among any tally of exceptionally awful killings, but reading this passage in the context of the rest of article makes clear that the Times’ anguish over dead Palestinian civilians is limited. The first paragraph re-states Israel’s rationale for Protective Edge and mourns “innocent civilians on both sides” though at that time one Israeli had died compared to 214 Palestinian, including 164 civilians and 44 children. The second and third offer justifications for Operation Protective Edge.

The fourth paragraph is where Palestinian deaths are lamented while the fifth paragraph says that Hamas is largely responsible for these. The next three are concerned with what “serves Israel’s interests”, and lament how Israel missed “a chance to erode Hamas’s political standing” after Hamas agreed to a unity deal with the Palestinian Authority. The editorial then ends by suggesting that Palestinian civilians are “suffer[ing] the consequences”, not primarily of Israel killing them, but of Hamas rejecting a “ceasefire proposal” from two of its main enemies, Egypt and Israel. Thus, the only instance where Times editors offer something resembling grief over Palestinian civilian casualties during Protective Edge is buried in a piece that in its totality is an apologia for the state that killed them and an exploration of how that state might achieve its goals.

This all adds up to evidence that New York Times editors are outraged by the killing of Israel civilians and barely moved when Palestinian civilians are killed in much larger numbers. That this is the editorial stance of the newspaper with the highest circulation in the state that is both the world’s most powerful and Israel’s chief sponsor is a major reason that peace and justice elude the Middle East.

- Gregory Shupak is an author and activist who teaches Media Studies at the University of Guelph in Canada.

Photo: Palestinians stand amid the rubble of homes in Gaza (AFP) 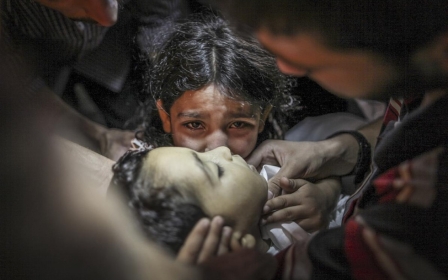