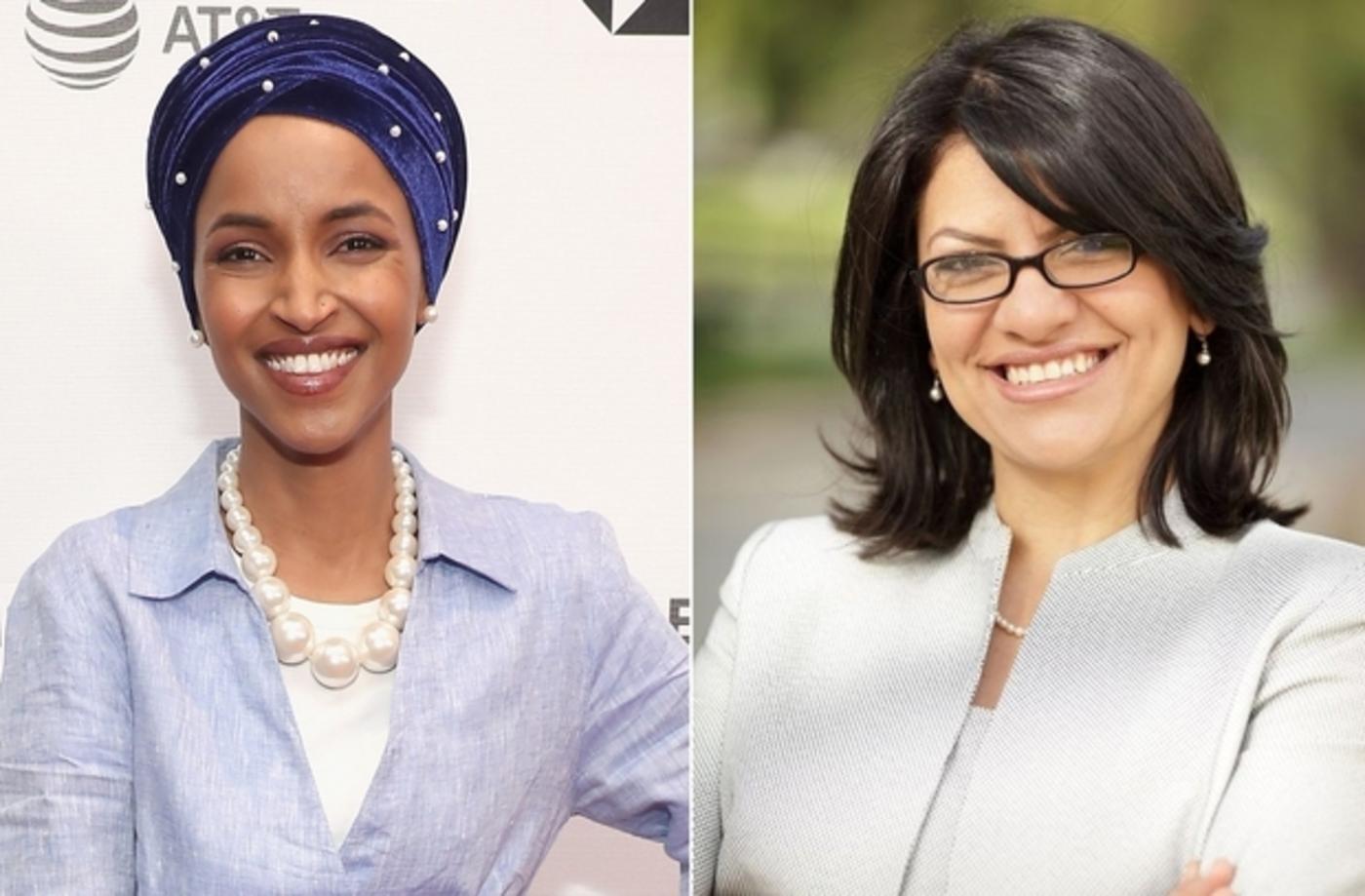 The record number of Americans who turned out to vote in the midterm elections last November delivered a sweeping repudiation of President Donald Trump, the Republican Party and the racist xenophobia that is constitutive of Trumpism.

Political commentators spoke of a “blue wave” – blue being the color of the Democratic Party – that swept away Republicans all over the country, except in the most rural parts of the United States.

Two Muslim-American women rode this blue wave to Congress, Rashida Tlaib, a Palestinian-American, and Ilhan Omar, a Somali refugee. The success of Tlaib and Omar, meanwhile, were only the tip of the iceberg of what was an unprecedented political mobilisation of Muslim-Americans and Arab-Americans in the 2018 election season.

The vast majority of these new candidates ran explicitly against Trump, presenting themselves as perfect exemplars of what America could be, simply by being everything that Trump hates: Persons of colour, non-Christian, and immigrants or their descendants.

The electoral victories of Tlaib and Omar were widely celebrated in the US as evidence that there continued to be a strong, even dominant, current of American political life that refused to abandon America’s promise as a pluralistic democracy in which all citizens, regardless or race, religion or ethnicity, are equal.

But, in the midst of all this joy, some voices of fear and resentment could be heard. A Christian pastor, who was a Trump supporter, claimed that Congress would now take the appearance of an Islamic republic. Most shockingly, however, were the Trump-supporting voices in the Arab world who joined in with right-wing Islamophobes to decry the electoral success of Muslim-Americans in 2018.

Even before the election results were complete, an Egyptian columnist in the pro-government daily al-Ahram was warning of an alliance between the "Muslim Brotherhood International" and the Democratic Party to bring down Trump.

Pressing claims that even the far right website Breitbart would be ashamed to make, the columnist stated that the Muslim Brotherhood already controlled several American states, including:“Florida, California, Texas, Chicago [sic], and Michigan”, and allocated $50bn to support the election campaign of its allies in the US.

About a month after the historical election results, another journalist published a piece in Al Arabiya English with the priceless headline: “Details of Calls to Attack Trump by 'US Muslim Sisters' allied to Brotherhood." Like al-Ahram's piece, it is the work of a fabulist, promoting international conspiracies to explain the success of anti-Trump Arab-American and Muslim-American politicians.

Once again, our President proves that you can’t buy a moral compass.

And Saudi Arabia proves that you can, on the other hand, buy a President. https://t.co/NC3X7umsGG

So shocked were Americans over the fact that elements of the Arab press were despondent over the success of Arab-American and Muslim-American politicians, that Newsweek published a piece by the unsuccessful Egyptian-American progressive Democratic candidate for governor of Michigan, Abdul El-Sayed. In his piece, El-Sayed attempted to explain to the American public why parts of the Arab press would be echoing the most crude Islamophobic lies of the American right.

The open embrace of American Islamophobia by anti-democratic Arab political elites reveals their deep affinities with the authoritarian right’s suspicion of anything that smacks of "globalism". Of course, the reactionary nature of these Arab elites is light-years beyond their Islamophobic compatriots in the West, who after all do endorse democracy for the privileged members of their societies.

The day of reckoning

But the anti-democratic Arab elites surpass their western allies in the vice of consistency: Just as they despise universal values, whether in the form of Islam or liberalism, they are also consistent in their rejection of any kind of democracy for their own people.

Instead, they dismiss claims for democratisation as itself evidence of the wicked alliance between the twin globalisms that must be resisted at all costs – liberal democracy, symbolised by the Democratic Party and its most recent leader, President Barack Obama, and political Islam, symbolised by the Muslim Brotherhood.

That states like the United Arab Emirates and the Kingdom of Saudi Arabia are hitching their fates to Trump displays a shocking ignorance of the realities of American politics, and the depth of Trump’s toxicity

Accordingly, every democratic movement, every democratic aspiration, every democratic demand, no matter how trivial or unthreatening, must be fought as a manifestation of these evil globalisms. It is no surprise, therefore, that the autocratic elites of the Arab world are the natural allies of Trump and see in Trumpism the savior for their wobbly regimes.

That states like the United Arab Emirates and the Kingdom of Saudi Arabia are hitching their fates to Trump displays a shocking ignorance of the realities of American politics, and the depth of Trump’s toxicity. Unless they move quickly to shed their relationship with Trump, they will very soon be permanently branded with that same toxicity.

And the reckoning is coming soon, very soon, with reports that Robert Mueller, the special prosecutor, has begun turning his attention to Trump’s relationships with Israel, Saudi Arabia, and the UAE. It is very likely, particularly after their vicious attacks on Arab-Americans and Muslim-Americans, that neither Saudi Arabia nor the UAE will find any domestic groups within the US to rally to their support when the inevitable post-Trump reckoning arrives.

A depressing state of affairs

The shocking willingness to attack Muslim-Americans and Arab-Americans, however, reveals a deeper and more depressing state of affairs between the Arab world and its expatriates. Instead of viewing the millions of Arab and Muslim Americans as a natural bridge, a reservoir of highly skilled human capital that could be used to improve the Arab world, the Arab autocracies view them, and their democratic politics, as an existential threat to their order.

The only existential threat facing the Arab world, however, is its stubborn refusal to democratise. Only democracies are capable of managing the complexity of modern life with a sufficient degree of competence, stability and decent respect for human rights. Democracies view their people as their most important resource, and therefore prioritise their well-being.

That does not make them perfect by any stretch of the imagination, but it does make them less likely to engage in catastrophic decisions whose consequences cannot be undone for generations. Autocratic regimes, by contrast, view the people as a potential, if not an actual rival, and therefore are reluctant to make sufficient investments in their well-being, especially if that is likely to lead to increased political demands.

But by under-investing in the human capital of their own societies, autocracies inevitably weaken these societies to the point that they risk sudden collapse. That is the true lesson of the revolutions of 2011, not the fallacious existence of a globalist conspiracy between the Muslim Brotherhood and liberal democratic activists.

For their own good, if not for the good of the region, it is time for the Arab autocracies to cease their slander of their fellow Arabs and Muslims in the West – who have more than their fair share of challenges – and look to us, and their own citizens, as equal partners in building a brighter future for the region and the world. Religion
The Saudi regime does not represent Muslims
Yehia Hamed 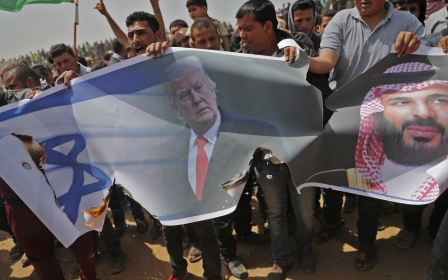