Why Turkey's military operation east of the Euphrates could reshape region 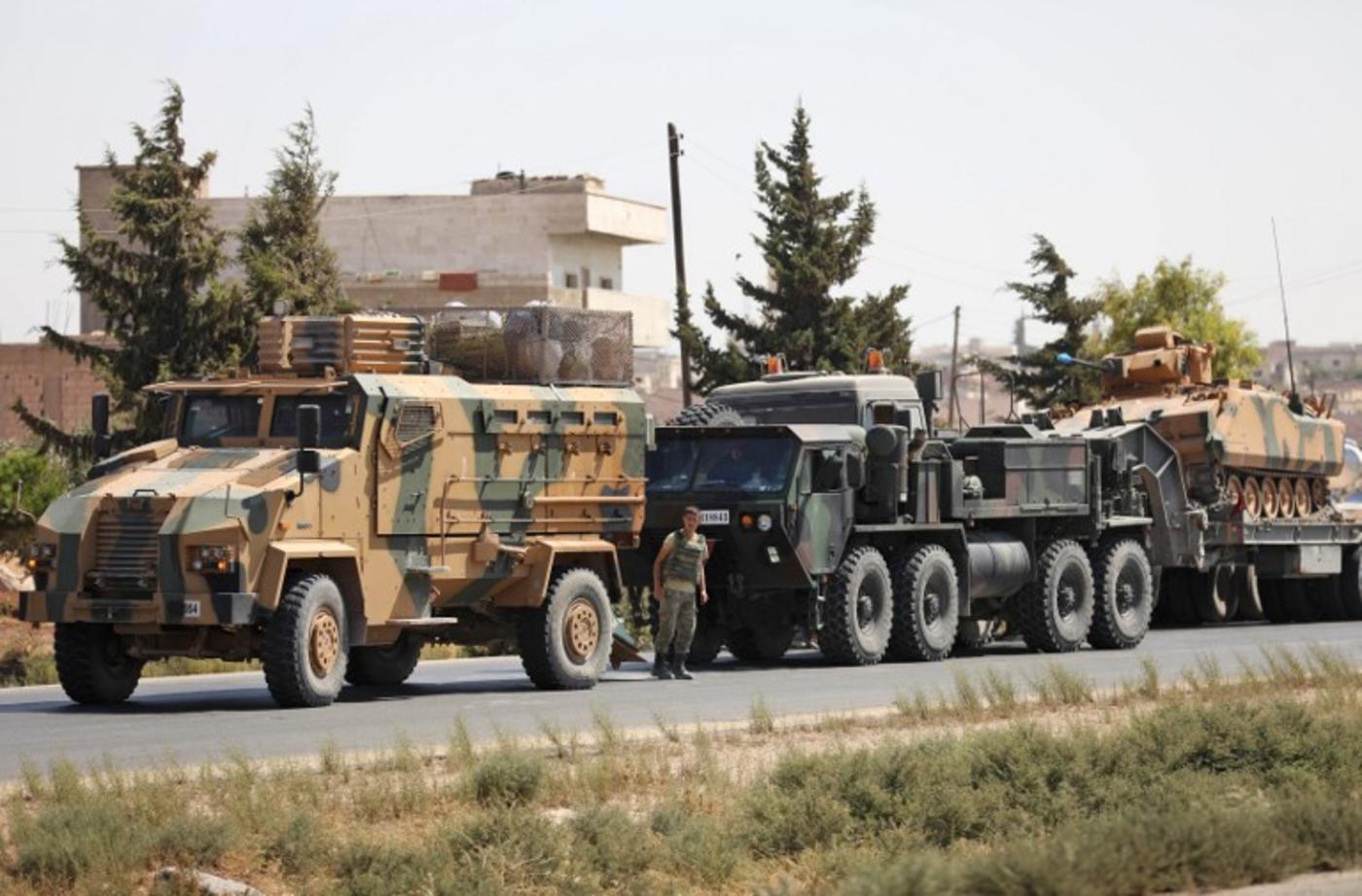 The phrase "red line" has become commonplace in the rhetoric of world leaders, referencing unacceptable actions or policies.

For Turkey, the presence of the People’s Protection Units (YPG) along its border with Syria is a matter of national security, coloured in the most vibrant shade of crimson.

While the US views the YPG as the backbone of its coalition partner, the Syrian Democratic Forces (SDF), Turkey sees it as the Syrian arm of the separatist Kurdistan Workers’ Party (PKK), listed as a terrorist group by Washington and Ankara.

Turkey has waged a four-decade domestic war on terror against the PKK. More than 40,000 people were killed in the conflict. Now, after months of voicing security concerns to his US counterpart, Turkish President Recep Tayyip Erdogan has finally announced that preparations are complete for a military operation east of the Euphrates targeting the YPG.

Turkey has always been wary of developments along its borders, monitoring the PKK and its affiliates closely. The formation of a YPG-controlled statelet in northeastern Syria would be a security and foreign policy nightmare for Ankara.

But are the Turks just paranoid, or do they have reason to be concerned? Power vacuums have a tendency to create ideal situations for non-state actors to flourish. The conditions in today’s Syria are reminiscent of what happened in northern Iraq during the late 1990s and early 2000s, leading to the recognition of an autonomous region run by the Kurdistan Regional Government in 2005.

The YPG ... continues to embrace the ideology of the terror group’s founder, Abdullah Ocalan, and as such may soon find itself in the crosshairs of the Turkish army

One can draw close comparisons between the 1991 “no fly zone” in northern Iraq - which allowed the Kurdish Peshmerga to establish themselves in the area - and the deconfliction line in northeastern Syria, which has given the YPG an opportunity to settle into the region. Both the Peshmerga and the YPG were trained and equipped by the US as proxies to fight Saddam Hussein and the Islamic State (IS), respectively.

However, the Kurds of northern Iraq were able to diplomatically achieve autonomy without sparking a strong Turkish reaction by successfully distancing themselves from the PKK - even becoming an important trading partner for Ankara. But the YPG, which many US officials admit is the Syrian offshoot of the PKK, continues to embrace the ideology of the terror group’s founder, Abdullah Ocalan, and as such may soon find itself in the crosshairs of the Turkish army.

Earlier this year, NATO allies, the US and Turkey agreed on a roadmap to address the latter’s security concerns regarding the YPG presence west of the Euphrates, in the city of Manbij. The deal gave Ankara hope for a diplomatic solution to its problems, which could potentially be replicated east of the river to avoid a military operation.

However, constant delays in carrying out the agreed-upon US-Turkey joint patrols, along with the continued YPG presence in Manbij and news that Washington is setting up observation posts along the Turkey-Syria border, have many in the Erdogan administration believing that the roadmap is leading to a dead end.

Another reason for Turkey delaying its incursion into northeastern Syria was the fact that the YPG, as a key component of the Syrian Democratic Forces (SDF), was battling IS, and Ankara did not want to hamper US coalition efforts to neutralise the terrorist organisation.

But now, as hope for a successful US-Turkey collaboration in Manbij wanes, and with US President Donald Trump proclaiming that IS has been defeated, Ankara believes the timing is right to address its most pressing security concern.

US cooperation in Syria with the YPG is a decision that dates back to the Obama administration. Washington has heavily invested over the years in outfitting and training the group, which has become a lynchpin in the US campaign against IS. Recent statements from US officials also signal plans to utilise the SDF as a force to contain Iran-backed Shia militias operating in Syria.

Now, in case of a clash between its NATO ally and its Syria coalition partner, the White House will be faced with a tough foreign policy decision. Will Trump side with Erdogan and allow Turkey to neutralise elements it views as a security threat, or will he protect the YPG and create a huge hurdle for Turkey, which could result in an irreparable break in bilateral relations?

On Monday, Erdogan suggested that Trump was more receptive to Turkish plans to move east of the Euphrates River than his own US Department of Defense. “We officially announced that we will start a military operation to the east of the Euphrates,” Erdogan said in a speech in the central province of Konya. “We discussed this with Mr Trump and he gave a positive response.”

The US presence in the region also poses complexities for Turkey. With around 2,000 US troops and 20 military bases in the region, an extensive military operation runs the risk of an accidental showdown between US and Turkish troops - a worst-case scenario that both Washington and Ankara want to avoid at all costs.

Turkey will also face a much larger YPG force than it did in its previous military operation in Afrin, with around 40,000 fighters in the region. But when it comes to Turkey’s national security, seeing the PKK and its affiliates establishing a stronghold along its borders has always been a red line.

Erdogan has set the countdown in motion, and the ball is now in Trump’s court: Washington’s response could shape not only the future of US-Turkey relations, but also the territorial makeup and demographics of the region for decades.

Photo: Turkish forces are seen in a convoy near the northern Syrian town of Saraqib on 29 August (AFP) Diplomacy
Will meeting of Erdogan and Trump in Paris mend US-Turkish ties?