Why the US and Iran aren’t cooperating against IS 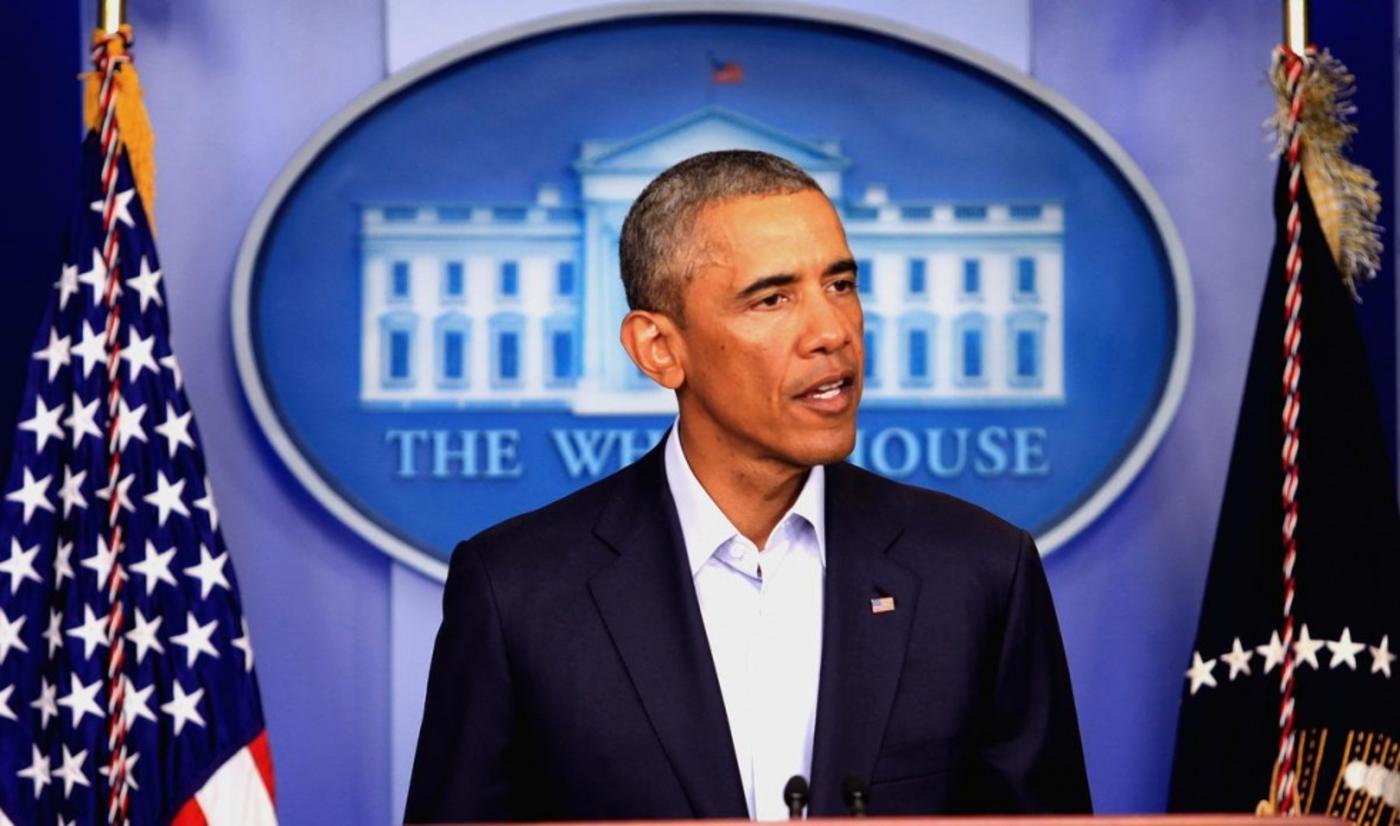 By the logic of geopolitics, the United States and Iran ought to be cooperating to contain and weaken the Islamic State (IS). Both countries have declared that the group is a very serious threat to their own security and to the security of the entire Middle East.

Indeed, it has become evident to all - besides those who are determined for their own reasons not to see it - that the army intent on setting up an Islamic caliphate has the potential to dissolve the basic international order that has governed the Middle East for a century. So the logic of Iran-US strategic cooperation against Daesh (as the IS group is referred to in Arabic) is no less compelling than was the logic of the Nixon administration in reaching an understanding with Maoist China to counter-balance their common Soviet adversary.

But that logical development isn’t happening, contrary to the fears of some and hopes of others, and it isn’t likely to happen any time soon, despite the nuclear agreement and the Obama administration’s success in beating back the unprecedented campaign by the Israel lobby to defeat it. The reason is that it is not the logic of geopolitics, in the end, that is governing the problem.

It isn’t the Iranian side of the equation that is failing to follow the geopolitical logic. Contrary to the constantly reiterated propaganda theme of the anti-Iran forces in the region and in the United States that Iran’s ruling elite simply wants “death to America,” Iran has publicly signalled to the Obama administration repeatedly that it was open to such cooperation. But the Obama administration has refused to reciprocate, for the simple reason that it is not capable of formulating a regional policy on the basis of an objective analysis of strategic interests.

To understand the why the international politics of the Middle East are now so profoundly dysfunctional, one must begin with the contrasting modes of Iranian and American foreign policymaking. The dramatic differences between the two approaches to defining interests and policy toward the region has produced a fundamental mismatch between the US and Iranian ways of responding to the rapidly deteriorating situation in the Middle East.

For Iran, geopolitics does indeed shape policy toward the region and the US. Iran, as a middle power that is vulnerable to threats from enemies in the region, cannot afford to base its policies on anything but a realistic appraisal of the threats and opportunities. Specifically, Iran has been facing explicit threats of attack from both Israel and the United States since the mid to late-1990s. Now Daesh and al-Qaeda are on the offensive in Iraq and Syria, threatening the twin pillars of Iran’s security strategy.

Under those circumstances, Iranian officials know that they must take advantage of any possible opening to improve relations with the United States. Iranian officials have made it clear that they are prepared to take advantage of any possibility – even if slight – of reaching an historic agreement with the United States that could lead to strategic understanding on the threat from Daesh.

One of the conceits of the US political and national security elite is that the real power in the Islamic Republic is held by Supreme Leader Ali Khamenei and the Revolutionary Guard leadership, and that their interests lie in continuing hostility toward the United States. But that convenient belief is belied by Khamenei’s own public position. On 9 April, Khamenei clearly articulated the view that Iran is ready to cooperate with the United States on regional issues if the US would indicate some willingness to change its policy. In the context of the negotiations on the nuclear issue, Khamenei declared: “If the counterpart stops its bad behaviour, one could expand this experience to other issues, but if the counterpart continues its bad behaviour, it would only reinforce our experiences of the past and distrust in the United States.”

Iran has made it clear that it is prepared to think creatively and flexibly about a modus vivendi with the United States. Last December, the Secretary of the Supreme National Security Council, Ali Shamkhani, recognised that the United States was unlikely to cooperate explicitly with Iran, because of its continued support for Israel. But he suggested that a change in US policy toward Israel was “not impossible” and then raised the possibility of something less than explicit cooperation. “The two can behave in a way that they do not use their energy against each other,” he said, and he called the nuclear agreement “crucial in this regard”.

In the final round of negotiations on the nuclear agreement from late June to mid-July, Iranian officials in Vienna confirmed to me that Iran and the United States had not discussed regional issues during the nearly 18 months of negotiations. But senior Iranian officials were still holding out some hope, however slight, that the Obama administration might soften its hostility toward Iran sufficiently to make at least tacit cooperation possible once the agreement was reached and approved by Congress.

The Iranians were basing their hope on an analysis of the objective situation in the region. One official told me on 2 July: “The United States doesn’t have any reason to trust its allies in regard to Daesh.” He was alluding to the well-established fact that major funding for the terrorist organisation had come from Gulf Sunni regimes and that they were clearly more interested in taking down the Assad regime than in stopping Daesh. But the same official also said: “Some in the United States may see Daesh as a source of pressure on the Syrian regime.”

But while Iran acknowledges the need for a change in US-Iran relations to ease regional security threats, the United States has not made a move toward any such acknowledgment. US policy toward the Middle East has long been defined primarily not by threats originating in the region but by much more potent domestic political interests, both electoral and bureaucratic. The power of the Israel lobby in Washington, primarily but not exclusively over Congress, is well known, and that has imposed a rigid political and legal framework of hostility toward Iran on the US government for two decades, beginning with a complete trade embargo that remains in place and creates major obstacles to any shift in policy.

What is seldom acknowledged, however, is that the interests of the Pentagon, the CIA and the NSA have become tightly intertwined with those of the anti-Iran coalition in the Middle East. A set of mutually reinforcing bureaucratic interests now binds US policy to an alliance structure and military and intelligence programmes in the Middle East that have come to replace objective analysis of regional realities in determining US policy.

The first is the imperative for the US military of holding on to US air, naval and land bases in the region, all but one of which are located in states that are part of the anti-Iran coalition. Continuing long-term control of those bases is the coin of the realm for US military institutions that trumps possible competing policy concerns. Similarly, arms sales to Saudi Arabia, the other Gulf sheikhdoms and Israel are a primary interest of the Pentagon, its arms contractor partners and its congressional allies. And the determination of that same set of domestic interests to continue the bonanza or research-and-development spending on a missile defense system requires a continued identification of Iran as primary regional adversary and threat.

Finally, the US national security state has never given up its ambition to regain primary influence in Iraq, despite the political legacy of the Iraq war and a Shia-dominated regime in the country. That quite unrealistic interest reduces still further the space for any cooperation with Iran in the region.

The interaction of all those dynamics leave the Obama administration in a position where it cannot adopt a real Middle East strategy that reflects the gravity of the current situation. The paradoxical result is that, instead of responding to the regional crisis by applying creative diplomacy involving an opening to Iran, the Obama administration is reduced to manoeuvring within the tight constraints imposed by the dominant political interests in cleaving to the status quo.