Will the heavens smile on Saudi when it defeats Qatar?

Jamal Khashoggi
Even if Qatar does what the Saudi-led bloc of four wants, it will not make the Muslim Brotherhood or the people's aspirations for freedom and dignity disappear 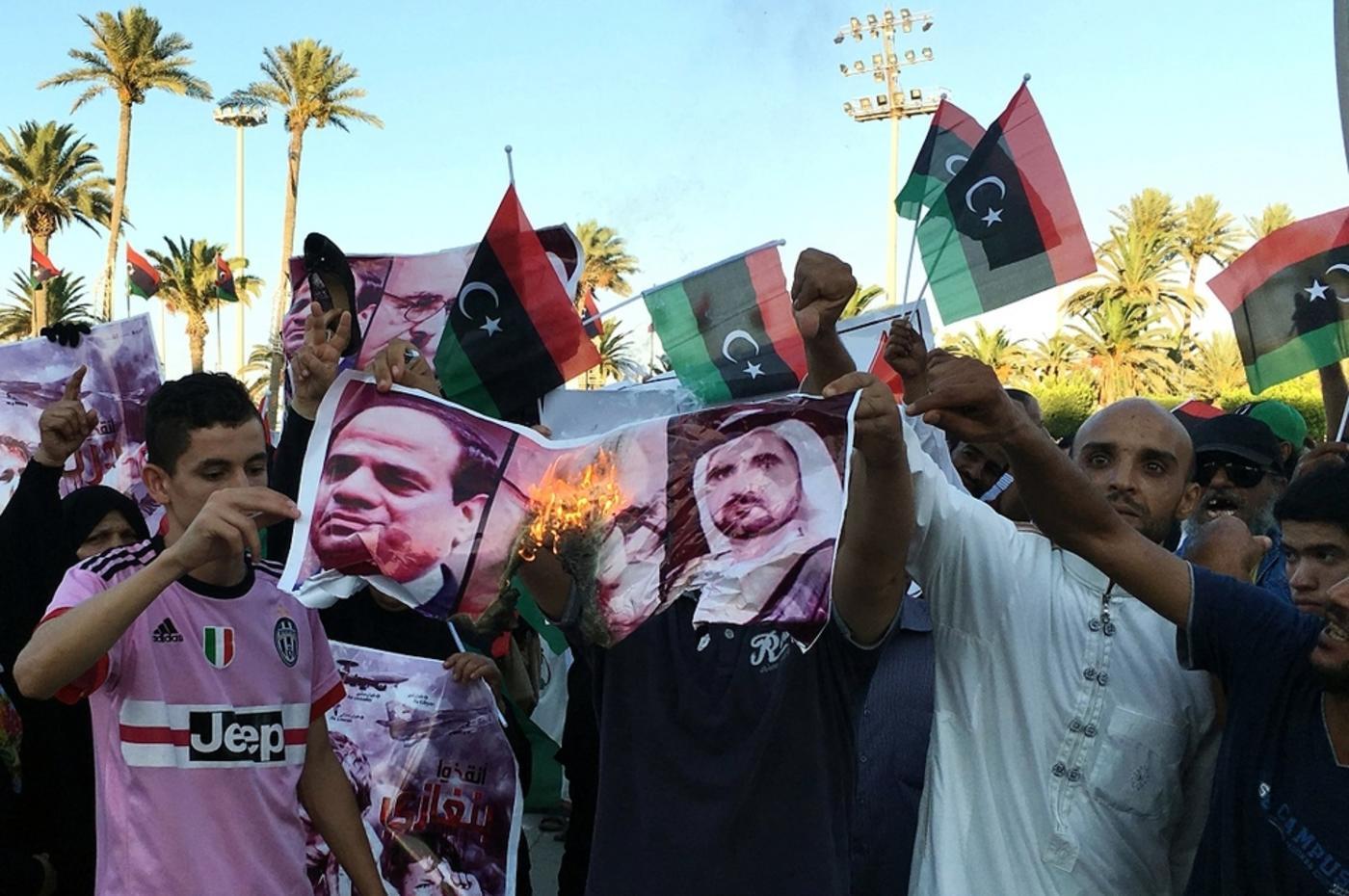 Suppose that Qatar succumbs to the conditions laid out by the bloc of four countries led by Saudi Arabia and becomes just another "Bahrain" that listens and obeys. It suspends its alleged support to the Muslim Brotherhood, acknowledges that Sisi is the best president sent by God to rule Egypt and gives him billions in aid.

It joins the four countries in supporting General Khalifa Haftar in Libya, stops publishing news showing the atrocities and daily destruction he is committing in his own country, and supports him to become the new dictator, in addition to depriving the Brotherhood of the five minutes they receive daily on Al Jazeera or even shuts the channel down completely.

The problem is not with Qatar but with General Sisi, his friend Haftar and those like them in Yemen and Syria

Would the Brotherhood disappear, along with "some" of the Arab peoples’ aspirations to freedom and dignity, which are seen by the heads of the four countries as a mere conspiracy? Would stability reign in Egypt, Libya, Yemen and Syria?

Of course not. The problem is not with Qatar but with General Sisi, his friend Haftar and those like them in Yemen and Syria. They represent the failing old Arab regime, which the bloc of four insists on reviving. Yousef al-Otaiba, the UAE’s ambassador to the US, declared in an interview with US TV presenter Charlie Rose that the difference between Qatar and the bloc of four is their two different perspectives on the Arab world. They want it to be "secular" while Qatar wants it to be "Islamic". He pointed out that there are representatives of Hamas, the Taliban and the Muslim Brotherhood in Doha.

But what about "democracy and people’s right to choose?" The problem is not with the identity of the Arab world we imagine but rather with how to govern it. We certainly know the preferred ruling method of Sisi in Egypt, Haftar in Libya and Bashar al-Assad in Syria. This is where the problem lies.

The Arab people who rose up in 2011 did so because of the way their countries were ruled, which proved to be a failure. Their rulers failed to achieve a prosperous economy or good education but rather a low standard of living on top of repression and tyranny.

Sisi has enjoyed a golden opportunity to rule Egypt on his own for the past three years. He is about to complete his presidential term without having added a single penny to the common Egyptian citizen’s wallet. Instead, he took from it and made Egypt’s economic situation worse despite the unprecedented billions showered upon it by the Gulf states.

The problem here is that Sisi does not know how to revive Egypt and address the causes behind the 2011 revolution because, to put it simply, he is ruling alone. He does not understand the economy and does not accept advice from economists.

What is the bloc of four’s interest, then, in the return of an old regime whose failure has been proven?

The UAE, which was optimistic at first about his rise to power and dedicated Sultan al-Jaber, a minister well-versed in the economy, to assist Sisi, soon found that it could not make him follow Jaber’s advice. The latter finally withdrew without making any comment. Hopefully, he will write an article one day explaining his experience.

Sisi is clearly a dictator, like his predecessor Hosni Mubarak, like Saddam Hussein in Iraq, Hafez al-Assad and his son Bashar in Syria, Muammar Gaddafi in Libya and Ali Abdullah Saleh in Yemen. They know how to control all the structures of power but do not know how to run an economy or achieve development. What is the bloc of four’s interest, then, in the return of an old regime whose failure has been proven?

Even if Qatar agrees with the bloc, Egypt will only be better off if democracy is restored in order for all the political forces to share in the responsibility of rebuilding the country. This is not one of the options considered by the bloc of four.

Moreover, General Haftar will not be able to rule Libya and eliminate any role for the Muslim Brotherhood and political Islam in the country (which is the main objective of his movement) unless he destroys democracy completely, rules alone and throws all his opponents into prison. He will only be able to achieve this abhorrent goal if the ongoing civil war continues so that he can destroy what remains of Libya. The negative effects of this will certainly reach the northern shores of the Mediterranean.

Democracy and political Islam are linked

If the Qataris exclude themselves from the political game, this will not destroy the Brotherhood and political Islam. They have found that even before Qatar existed as an independent state, a huge cross-section of the people of the region believed in this choice and were willing to vote for it in free elections. This means that there is a direct relationship between democracy and political Islam.

The Muslim Brotherhood does not need billions in order to survive. They are not an army but an idea, and ideas do not die out even if the people carrying them die or are imprisoned or exiled

It would be necessary to rule out democracy entirely in order to exclude political Islam from government or from any participation in it and ensure that secular forces govern as the bloc of four wants, and as ambassador al-Otaiba said in his interview with PBS.

This method has already been tried for more than half a century in the Arab world. Indeed, political Islam was excluded, either through imprisonment of its adherents, exclusion or exile, but with the first breakthrough of freedom and democracy, it returned.

The Muslim Brotherhood does not need billions in order to survive. They are not an army but an idea, and ideas do not die out even if the people carrying them die or are imprisoned or exiled. I have said this sentence a thousand times before but some people do not listen.

Therefore, the demands of the bloc of four are futile and will only lead to more crises in the region, the collapse of the GCC and a strained relationship with Western countries. Even if they win, neither the Brotherhood nor the advocates of freedom in the Arab world will disappear.

Looking for a miracle

Moreover, the performance of Sisi, Haftar and Bashar will not improve. It would be better if they looked for another way to counter political Islam and stop Arab demands for change, such as by showing them a success story in Egypt, for example, and teaching Sisi how to achieve an economic miracle before Egypt collapses or another revolution erupts.

Who will convince the bloc of four that their policy will not achieve its objectives in the region?

Even if we ignore its moral defects, the problem is that even the West has lost its moral compass, with some losing their faith in democracy and giving greater importance to the benefits of commercial contracts and major arms deals at the expense of the interests of the people. In the long run, it would be more worthwhile for them to bet on freedom-loving Arabs.

Photo: Libyans wave their national flag and burn portraits of Egyptian President Abdel Fattah al-Sisi (L) and the ruler of Dubai Shiekh Mohamed Bin Rashid al-Maktoum during a protest in Tripoli's Martyrs' Square against French military intervention in Libya and General Khalifa Haftar, who is aligned with the Tobruk-based authorities, on 5 August 2016 (AFP) 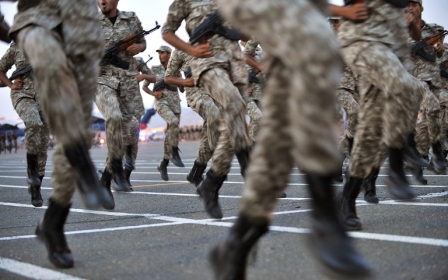 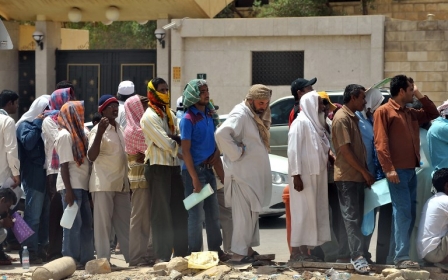 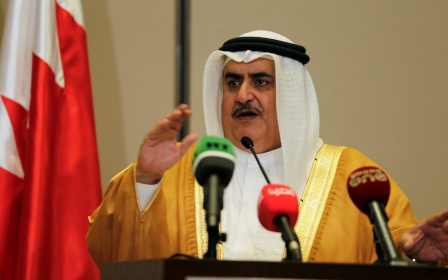