Will Israeli voters do the right thing?

Meron Rapoport
Most Israelis regard themselves as right-wing. So how do they consider voting for the left-leaning Herzog? Maybe because ideology has died 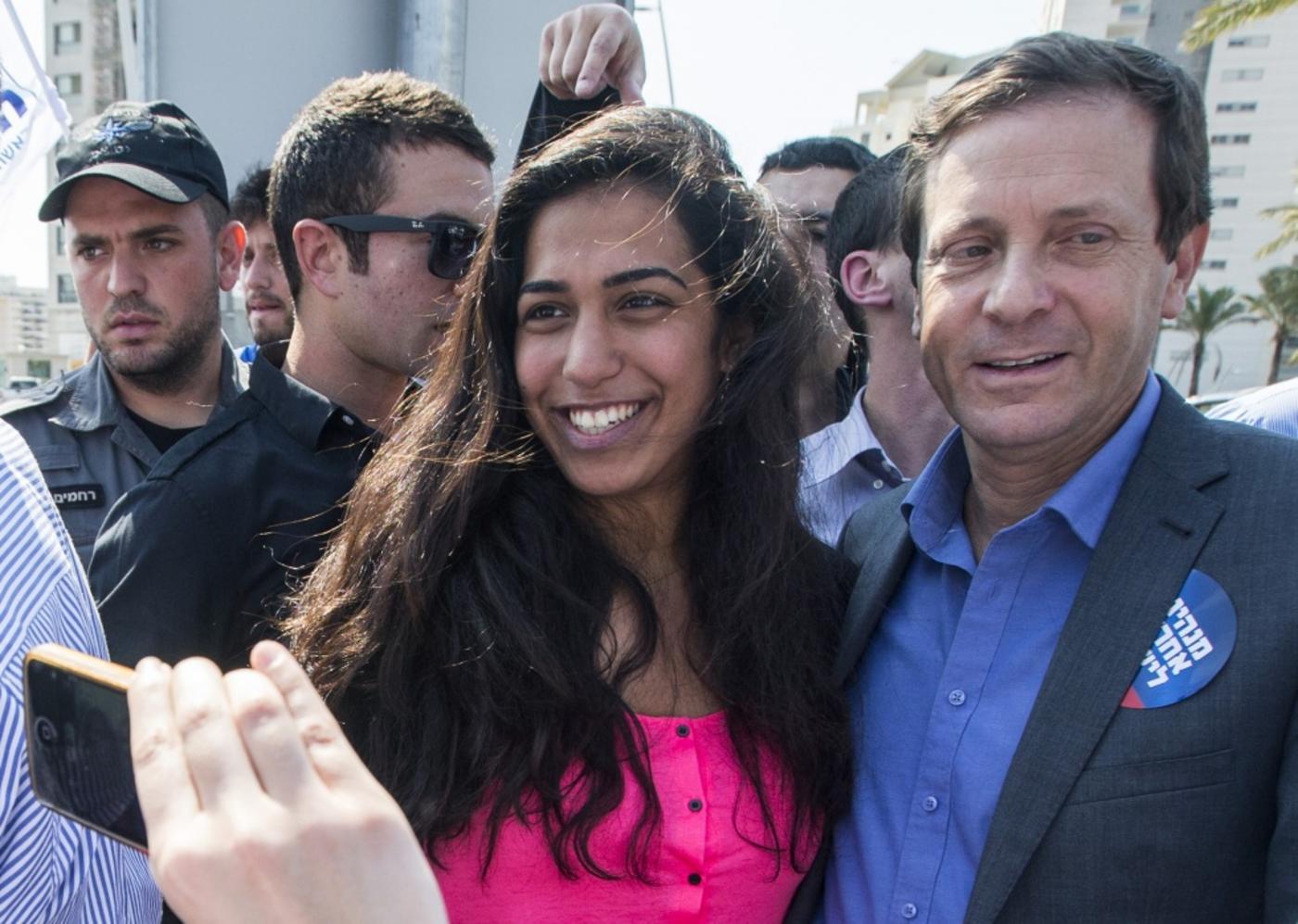 All opinion polls published on Friday in Israel, the last date on which it is allowed to publish them prior to Tuesday’s general election, give more or less the same results: Isaac Herzog's Zionist Camp is leading Benjamin Netanyahu's Likud by three to four seats (25-26 seats for Hertzog, 21-22 to Netanyahu), while Aymen Odeh's Joint List, Yair Lapid's centrist Yesh Atid and Naftaly Bennett's extreme right Jewish Home compete for the third place with 11 to 13 seats.

If these are the results on election day, Netanyahu will be able to form a narrow right-wing government with 65 seats (the required majority is 61 seats) but it will be extremely difficult to pull off. Herzog's path to the prime minister's office is also not easy, but he will need less manoeuvring to reach this goal. Taking into account the strong trend towards Herzog and against Netanyahu in the last week, it is quite probable that next week Israelis will elect a Labor candidate to head them for the first time in 15 years.

This may seem a normal turn of events as in any functioning democracy around the world. But it is not. Israel is predominantly a right-wing society. In all polls where Israelis are asked to define themselves on the political scale, more than 50 percent respond that they hold right-wing views, 30 percent define themselves in the centre and only 20 percent admit that they belong to the left-wing camp. So how does a man who comes from the dovish wing of the centre-left Labor party stand a fair chance to win the coming elections?

The first answer has to do with personality. The Israeli public, right or left or centre, is fed up with Netanyahu. When he appeared for the first time on Israel's political scene in the beginning of 1990s, Netanyahu brought with him the personal way of doing politics he learnt during his long stay in the Unites States. Above all, he knew how to use television better than any other leader in Israel in those days. He spoke in short and concise sentences,   expressing simple (often simplistic) ideas and he looked much better than the old generation of Israeli politicians.

Now the personalised politics which helped him sky-rocket into the prime minister's office in  record time is turning against him. He is attacked from all over the political field for his personality. Ex-aides have left him one after the other. At best, they keep their mouth shut but usually they describe him in unflattering terms: weak, hesitant, detached from reality.

Their stories about the extravagance in which Netanyahu leads his life at the expense of the public, with huge sums paid on haircuts, pistachio-flavoured ice cream and expensive hotels, have filled the press, above all in the large circulation and powerful Yediot Ahronot daily newspaper. The last report published by the state comptroller just three weeks ago about Netanyahu's exaggerated personal expenses just confirmed what was common knowledge before.

Righty or wrongly, Netanyahu is now largely perceived by the public as corrupt, leading an emperor-like life style, far away from the hardships of everyday Israelis. With his American background and education, Netanyahu was always regarded by the public somehow as a stranger. Now he is looked upon as an alien.

Caught out by Israel's 2011 spring

All these revelations about Netanyahu's private life took place while the political mood towards social issues in Israel has changed dramatically since the vast protests in the summer of 2011. These demonstrations called for a stop to rising prices and rents and for a return of the lost welfare state. Netanyahu, a true believer of neo-conservative economics who tries to "cure" the Israeli economy by sharply cutting public spending and welfare benefits, was caught unprepared.

His supporters continue to claim that during the last six years of Netanyahu in office, the Israeli economy has grown faster than most Western countries, unemployment fell below six percent and salaries have gone up. But the fact is that when Netanyahu was reelected in 2009, it took 103 monthly salaries to buy an apartment in Israel. Now it takes 137 monthly salaries. The dream of having your own home, so deeply entrenched in the minds of every Israeli, just slipped away. Netanyahu is generally conceived as the main culprit.

In distress, Netanyahu turned to what he deemed is his strongest point: his tough stand against all external threats, from Hamas in Gaza to the Iranian nuclear programme. His speech in front of the US Congress ten days ago was supposed to be the turning point after which the Israeli public would (re)understand that it has only Netanyahu to count on against such ominous dangers. To no avail. The high prices in the nearby supermarket seemed more urgent to most Israelis than the nuclear plant in Bushehr, Iran.

Adding to Netanyahu's difficulties was the sharp criticism addressed to him by dozens of ex-senior functionaries in the military establishment, many of them associated in the past with right-wing views. They competed with each other in describing Netanyahu as a danger to Israel's security, whether because he was not decisive enough in crushing Hamas or because of his constant quarrels with the US administration. He is unfit to govern Israel, was their common bottom line.

To be right is to be Israeli

But there are deeper reasons for the shift to Labor than just Netanyahu's personality. In the last few years, the ideological differences between right and left have been blurred. Ron Cahlili, a well-known Israeli documentarist, says the very term "right-wing" has lost much of its political content.

When an Israeli identifies himself as right wing, remarks Cahlili, he does not necessarily endorse classical right-wing ideology like support for Greater Israel or for a pro-market economy. Declaring yourself right wing is just another way of saying "I am an Israeli" or "I support the Jews,"  in contrast with being a "leftist," which has become a pejorative term.

Thus, a right-wing Israeli might vote for a Labor candidate, as long as this candidate does not stress his left-wing ideology. This is exactly what Herzog did in this electoral campaign. This may also explain why the Palestinian issue was almost totally absent from this campaign, with the exception of the Joint List - formed of the parties of the Palestinian minority in Israel - and the settler-controlled party of the Jewish Home.

This blurring of ideological lines may also explain why Netanyahu's alarmist propaganda of the last days of the campaign, calling on right-wing voters to gather behind him in order to prevent the "Left" from gaining power and "selling Israel to the Palestinians," does not seem to work as it did in previous election campaigns.

"Israelis feel despair," says Yuval Elbashan, a dean for social development at Ono Academic College and an old-time political activist. "They see corruption everywhere, they have no hope to fare better than their parents, and their personal security is jeopardised, especially after the last war on Gaza. They know all the tricks and all manipulations and this is why the threats do not work on them anymore. They say: let's try something new.”

It is hard, of course, to predict who will eventually win the election. It is even harder to predict how this falling of barriers between right and left will influence a possible Herzog government's ability to bring a change in Israel's relations with the Palestinians.

Ravit Hecht, a commentator in Haaretz, wrote on Friday that even if Netanyahu loses, his legacy has already won as Israelis have become convinced that the Palestinian issue is not relevant to their lives. She is maybe right. But it could work the other way around. A tired and less ideological Israeli public may accept a settlement with the Palestinians which it would have refused years ago, as long as it guarantees Israelis a more stable and prosperous future. Herzog may have more room to act. But this maybe wishful thinking. 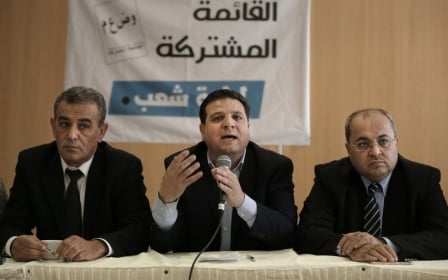