Will the last US soldier out of the Gulf please turn off the lights?

David Hearst
Tehran wasn't looking to kill on Tuesday night. It was sending a message to its Gulf Arab neighbours instead 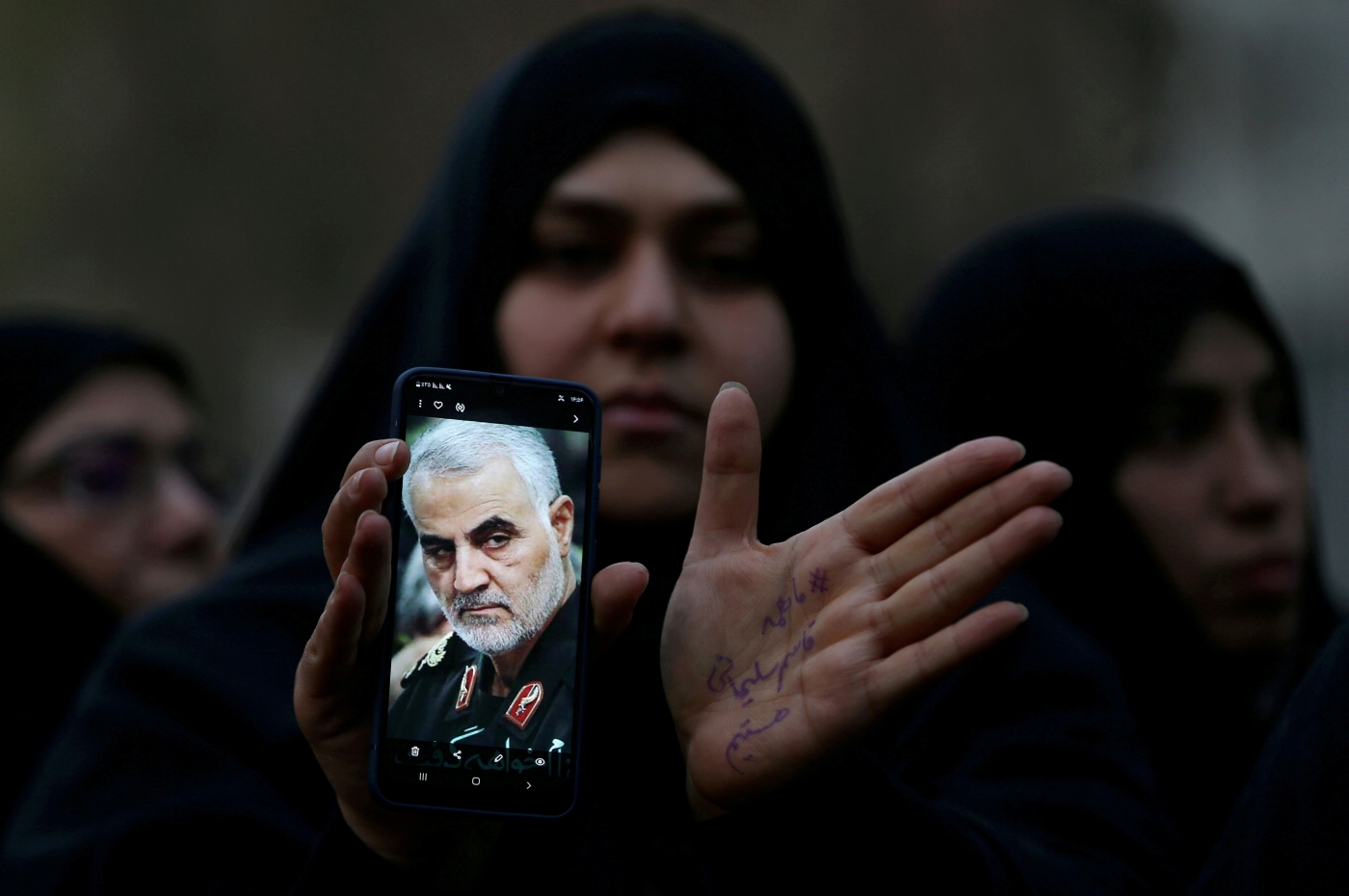 In the early hours of Wednesday morning, Tehran was on a hair-trigger.

The Revolutionary Guard had just fired 13 missiles at Ain al-Asad, America’s second-largest air base in Iraq, and other rockets at a base in Erbil.

According to the commander of the Guard’s aerospace force, Brigadier General Amir Ali Hajizadeh, they had prepared several hundred more for launching

As reports were coming in of US planes taking off from air bases in the United Arab Emirates, Iran’s Foreign Minister Javad Zarif attempted to draw a line under the missile strike by tweeting that the missiles “concluded” Iran’s initial response to the targeted assassination of its top General Qassem Soleimani. 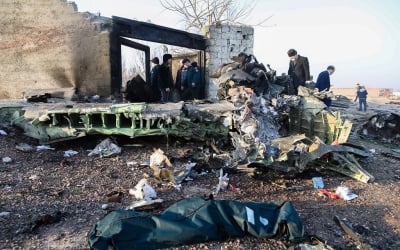 Iran plane crash: What we know - and what we don't
Read More »

Later, it was rapidly made clear by the Islamic Republic’s supreme leader, Ayatollah Ali Khamenei, that the missile strike was just “a slap in the face”, and other responses would follow.

All that time, Tehran’s international airports functioned as normal. There were consequently several civilian airliners in the skies above and around the capital, as it braced for a US response.

Whatever tragedy befell Ukraine International Airlines flight PS752 - whether, as the US and Canada now claim, it was downed by Tehran’s air defences, or whether it developed engine trouble as Iran’s civil aviation chief continued to insist on Thursday - it is clear that the Iranian state acted with considerable restraint in response to the killing of what it considered its greatest war hero of modern times.

First, Iran warned Iraq of the impending strike, several informed Iranian sources have told me. This almost certainly means the Pentagon would have had prior warning and been able to prepare the targets accordingly.

Second, while Iranian state television claimed there were tens of US personnel killed and wounded casualties were being ferried to Israel and Jordan on nine C-130 transporter planes, the fact that there were none means that that Revolutionary Guard aimed (or even agreed with the US beforehand) to miss.

Iran did not “stand down” from confrontation with the US military, as Trump claimed on Wednesday. Rather, it was the other way round.

The US military backed off and kept its head down. Even if it had the means, the US did not attempt to shoot the incoming Iranian missiles down, though five may have misfired.

There is little doubt that had the Revolutionary Guard intended to create mass US military casualties, they could have done.

Hajizadeh said as much on Thursday: “We were not after killing anyone, although tens of US troops have likely been killed and wounded.”

He went on to say that had Iran intended to kill the American forces, “it could have planned high casualty operations to kill 500 US military men in the first step and 4,000 to 5,000 others in the second and third phases within 48 hours”.

There is little doubt that had the Revolutionary Guard intended to create mass US military casualties, they could have done

The missile strike had another purpose.

This was to deliver a message to the US’s closest Gulf allies - Saudi Arabia, the United Arab Emirates and Bahrain - the very people who had encouraged the idea of an alliance against Iran, an Arab NATO.

If the penny had not already dropped when tankers off the port of Fujairah had been struck by military mines, or when Aramco’s plants at Abqaiq and Khurais were temporarily disabled by drone strikes, it dropped this week.

It was to say this: “If the Pentagon cannot defend its own bases and troops from our missiles, they certainly cannot defend yours. All your bases, ports and pipelines are vulnerable. Be warned.”

Four decades of sanctions and three years of Donald Trump have not brought Iran to its knees. Its rocket forces functioned well enough on Tuesday night to establish its own deterrence in what it considers to be its back yard.

In a statement issued immediately after the attack, the Revolutionary Guard threatened all states hosting US bases that they would be targeted if those facilities were used to launch attacks on Iran.

The end of an Arab NATO

This effectively puts to a premature end the idea of an Arab NATO.

First and foremost, a US-based Gulf security apparatus like an Arab NATO cannot defend itself, even if it had (and I am not sure that it does) a US president engaged enough to lead it.

The attacks also bring to life the idea of new regional security architecture which could be created as the US military winds down its combat presence in the Gulf. Iran has suggested its Hormuz Peace Endeavour (HOPE), but there are other versions of the same idea, such as the Russian and Chinese versions.

This week, at a conference of diplomats arranged by the Iranian foreign ministry in Tehran, HOPE got a surprisingly enthusiastic reception from senior officials from Iraq, Qatar, Oman, Pakistan and China. Even western diplomats present did not write it off.

As Zarif himself has repeatedly said in conferences like this in Doha and Rome over the last few months, no one state in the region should be fooled into thinking it can buy its own security. Security of one state can only be obtained by the security of its neighbour.

The missiles this week were definitely not the last word from the Islamic Republic in response to the killing of Soleimani.

In death, Soleimani has transcended the rank he held as a major-general in the Revolutionary Guard’s elite Quds Force, and achieved the status of a Persian paladin or warrior hero to be ranked among others in a 3,000-year history like Rostam.

Soleimani’s face is on every billboard in Tehran, on every desk, at every hotel entrance. He is in civilian clothes and smiles in a way which tells every Iranian that he is religious, moral and incorruptible. In death and martyrdom, Soleimani has become the outlet and cypher of the fate and struggle of Iran itself.

For this reason, if no other, Iran will not let his death rest. Nor can Trump now do with Iran what he has tried to do with North Korea. No Iranian leader will now meet him face to face. A Trump version of the JCPOA is off the table.

Any reading of the recent speeches and statements of Hezbollah leader Hassan Nasrallah, Khamenei and the Republican Guard makes it clear that this week’s missile strikes were only the “starting point of a great operation”.

US military personnel will be considered legitimate targets wherever they appear in the Middle East - in Iraq, northern Syria, Lebanon, Egypt and all over the Gulf. The death of Abu Mahdi al-Muhandis, the deputy leader of the Hashd al-Shaabi Iraqi paramilitary, has yet to be avenged.

In Iraq, the outgoing government of caretaker Prime Minister Adel Abdul Mahdi will now prepare to enact the parliament’s call for the withdrawal of US troops. However, the call itself is non-binding, and it’s up to Abdul Mahdi himself to decide the means he has to achieve this new policy - and how long he has to do it.

Deputy Iraqi Foreign Minister Moayed Saleh stressed in Tehran that Washington is a close friend of Baghdad, and Iraq wishes to keep that friendship in the long term.

US military personnel will be considered legitimate targets wherever they appear in the Middle East - in Iraq, northern Syria, Lebanon, Egypt and all over the Gulf

He added, however, that parliament had spoken “and Iraq has to have respect and the ability to defend its sovereignty and security”.

“So there is no way out of that. But the means by which the will of parliament will be applied may be different.”

Asked whether he implied a non-combat US presence in Iraq, Saleh said: “We have had enough war in Iraq. We really do not want any more.”

Not every major player in the region is rushing to the “troops out” movement. Even regional powers drifting away from Washington’s orbit, like Turkey, are wary. Ankara has nearly double the number of troops in Iraq and will not be persuaded to pull those out any time soon.

Pro-US allies like the Kurds are also deeply concerned. Trump’s action has left them split from their Shia political allies.

However many times Iran reminds the Kurds in north Iraq that Soleimani went to Erbil’s defence when the Islamic State group was 20 kilometres away, their Peshmerga fighters asked the US and Turkey first for help, and got no response.

The other variable in all this is the quixotic, gut-driven, temperamental, biddable, undependable, moody personality of America’s commander in chief Donald Trump, a man supremely unfit for the office he holds.

A number of congressmen are under pressure from the pro-Israel and evangelical movement to finish the job on Iran.

What they and Trump don't get, is that whether its war or peace, the sun is setting on  American imperium in the Middle East.