Yemen faces a new war in the oil-rich south

Fernando Carvajal
The confrontation brewing in Shabwah is not a conflict between President Hadi's government and the STC, but rather between the STC and the Islamist al-Islah Party 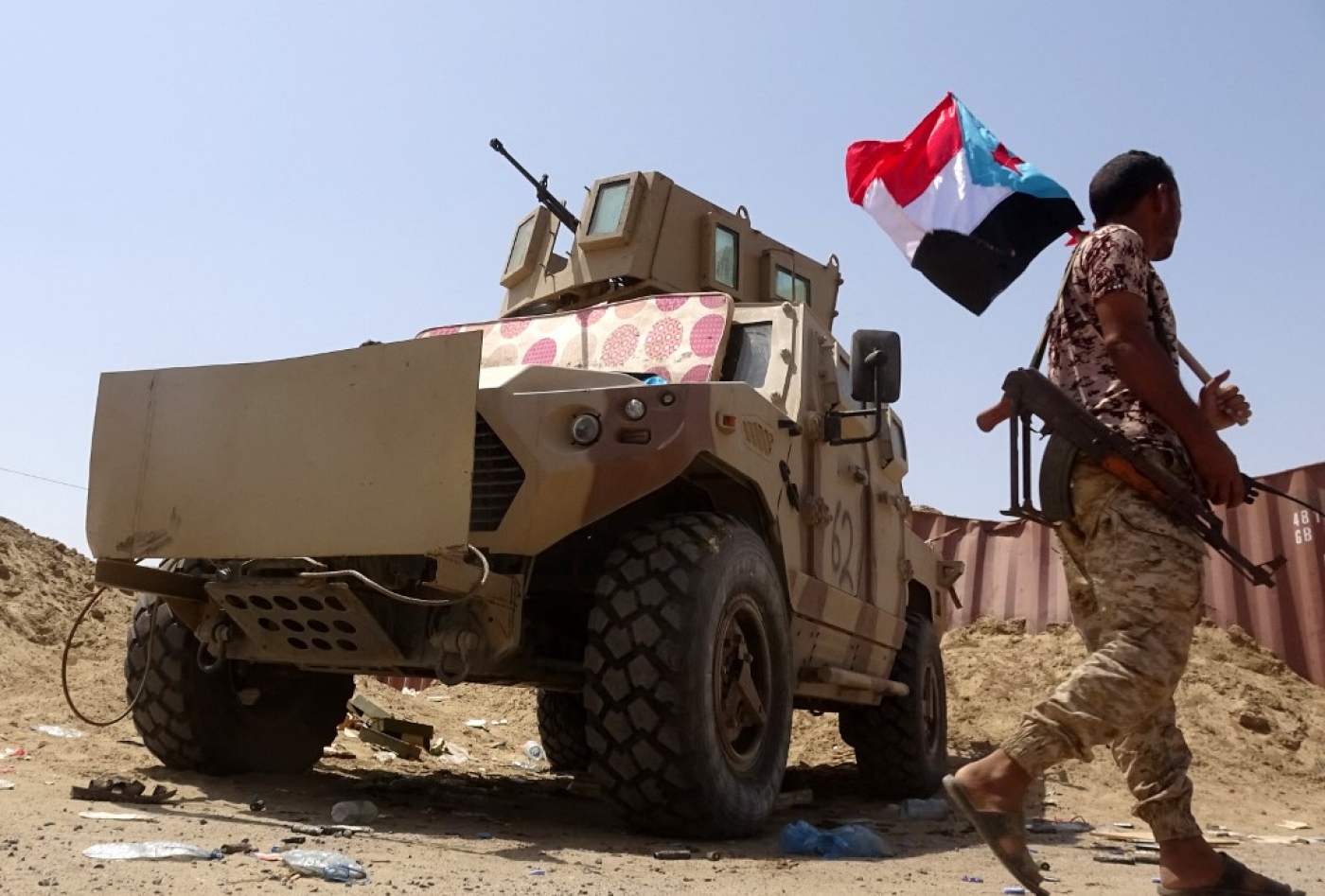 Southerners see troops of the government of Yemen, under President Hadi, as an extension of the Muslim Brotherhood-affiliated al-Islah Party

While Houthi military gains capture current headlines, the conflict brewing in Shabwah threatens the continuity of the Saudi Arabia-sponsored Riyadh Agreement of 2019, and the opening of a third Yemeni fighting front, beyond Marib and the Red Sea coast, in the south of Yemen.

The withdrawal and redeployment of pro-government troops into central Shabwah, which has several oil fields and the country's sole liquified natural gas (LNG) terminal, to counter Houthi pressure is seen by the Southern Transitional Council (STC) and its allies as an escalation in violation of the Riyadh Agreement, renegotiated in December 2020.

Southerners see troops of the legitimate government of Yemen, under President Abd Rabbuh Mansour Hadi, as an extension of the Muslim Brotherhood-affiliated al-Islah Party, and their concentration in Shabwah as a new form of occupation of the south by northern forces.

The movement of pro-government troops after withdrawing from al-Bayda into western Shabwah comes after weeks of tension brewing over the presence of pro-STC Shabwani Elite Forces at the government-controlled LNG terminal at Balhaf. The latest movements of government troops seeking a Shabwah refuge adds to a fragile environment, including the fight by parties over oil resources.

The success of the 2019 Riyadh Agreement in reducing tensions between the STC and Hadi’s northern-centred government depended on de-escalation across southern provinces and inclusion of southern forces under the northern-dominated Ministries of Defence and Interior. It included the withdrawal of government troops from Abyan and Shabwah provinces to avoid unintended confrontations with STC-aligned southern security forces.

For the STC and southern security forces, the Riyadh Agreement was also aimed at restraining al-Islah’s use of the command and structure of the pro-government armed forces to advance and secure al-Islah’s interests, such as access to oil and gas resources. For al-Islah, this is preferable to fighting Houthi forces alongside the Saudi Arabia-led Coalition to Restore Legitimacy. 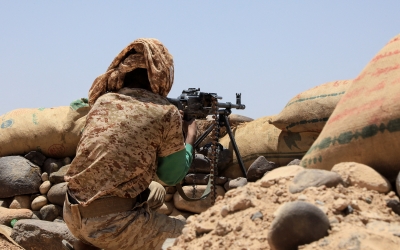 The nature of the confrontation brewing in Shabwah is not a conflict between the legitimate government and the STC, which is a part of the cabinet, but rather between the STC and al-Islah.

The rivalry between the al-Islah Party and the STC now converges in Shabwah. The oil- and gas-rich southern province maintains major LNG and oil pipelines from Marib to the Gulf of Aden at the LNG Balhaf terminal, Qatan and Bir Ali ports.

The region is highly fragmented along tribal lines, an environment that facilitates patronage relationships with influence-wielding regional powers. The fight for Shabwah involves access to safe refuge, natural resources and direct access to the sea as well as just territory.

Its geographic location makes Shabwah a highly coveted region. To the west, Shabwah shares borders with Abyan and al-Bayda, Marib to the north and Hadhramaut in the east. Shabwah has 160km of coastline. Yemen’s most important LNG pipeline runs from gas fields in Marib through Jardan, al-Rawdha (east of Ataq)  and Mayfa’a to the French Total Gas and Oil operated Yemen LNG terminal at Balhaf on the Gulf of Aden coast.

The monopoly of resources

The Balhaf terminal is regarded as “the largest foreign investment on Yemeni soil”, and security for it fell to the UAE, a member of the Saudi-led coalition, after the liberation of the province from Houthi forces in 2015. The facilities at Balhaf have been at the centre of tensions between al-Islah and the UAE since the province was cleared of Houthi forces, and further exacerbated by the UAE's handover of security responsibilities to the SEF a year before Emirati troops withdrew in 2019.

Balhaf is vital to Yemen’s economic infrastructure. Security at the terminal has been a top priority for the Saudi-led coalition and southern forces aligned with the STC. Just before the start of the current war in March 2015, France’s Total Gas and Power declared force majeure at the terminal at Balhaf due to increasing security threats against the facility and personnel.

Threats from Houthi forces have not been the only concern for the coalition or the STC - AQAP has also claimed attacks on Balhaf as recently as April 2021.

While the al-Islah affiliated Shabwah governor, Mohammed Saleh bin Adio, and his followers specifically target the UAE as an occupying force at Balhaf, the small group of coalition military advisers remains an asset to the SEF amid a surge in AQAP activity since the militant group was expelled from al-Bayda province by Houthi forces this year.

The Yemen government has been unable to realise its 2020 pledge to increase energy output by 25 percent as a result of deteriorating security in Marib and Shabwah. Instability across Shabwah, exacerbated by an influx of AQAP militants and the amassing of al-Islah-affiliated troops around Ataq following withdrawal from al-Bayda and western Shabwah, is contributing to escalating tensions between STC forces and al-Islah.

The opening of Qana port, near Yemen’s third most important oil export terminal at Bir Ali, has also contributed to these tensions. The STC claims Qana remains outside the authority of the Ministry of Oil. The STC accuses al-Islah affiliates of smuggling thousands of barrels of crude oil through al-Islah-controlled Qana. Security of the energy stream through Shabwah is vital to the economic interests of all Yemenis, including parties to the conflict.

Government troops have lost a large amount of territory to Houthis this summer in al-Bayda, Taiz and Marib governorates. As a result of fragmentation within the Hadi government military forces, the bulk of the forces which lost this territory are associated with the al-Islah party and with Vice President Ali Mohsin al-Ahmar. 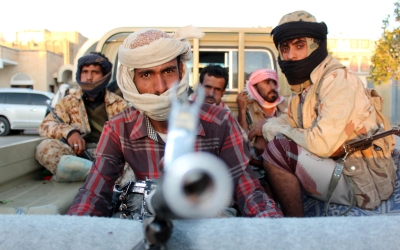 The concentration of troops in Shabwah directly contributes to conflict between al-Islah and the STC. Over the past two years, STC southern secessionists in Shabwah have been at the forefront of opposition to al-Islah and the massing of government troops in the province. The STC has warned against a heavy-handed approach by the al-Islah-affiliated governor of Shabwah, using security forces and military troops to quell protests across the province, raising complaints with Saudi Arabia over the targeting of STC officials in Shabwah.

The intensity of the rivalry in Shabwah between al-Islah and the STC is also fuelled by leaders like Abdul Rahman Almasri, a journalist and moral guidance officer in the pro-government army. This has led to a new civil society campaign highlighting the crimes committed against civilians by al-Islah-affiliated forces in Shabwah.

The failure of Hadi’s government to address tensions in Shabwah will continue to spill onto the streets and escalate the media war between al-Islah and the STC, drawing the parties closer to direct armed clashes.

International focus remains on the situation in Marib, but more attention on southern provinces is required if Yemen is to see any progress on the United Nations-led peace track.

A collapse of the Riyadh Agreement, primarily focused on escalating tensions between al-Islah and the STC, would damage prospects of a de-escalation of violence and the establishment of peace. Heightened tensions in Shabwah would further fragment the government’s position and grant Houthis more opportunities to leverage rivalries between al-Islah and the STC in their favour.

Fernando R Carvajal (@carvajaF) served as an armed groups and regional expert on the UN Security Council panel of experts on Yemen between April 2017 and March 2019. He has worked and lived in and out of Yemen for 20 years. His research includes state building, democratic systems, tribal systems, US foreign policy and security in the Middle East. Follow his blog ‘Diwan’ at @Yemen_2016 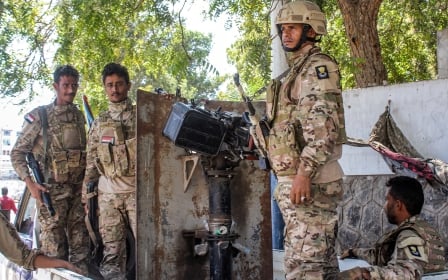 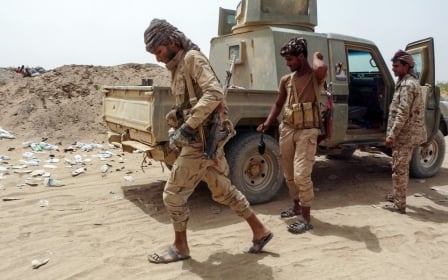 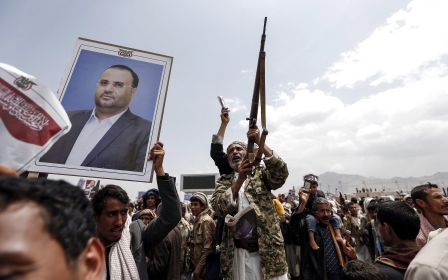