The Barbarossa brothers and Sayyida al-Hurra: Three Muslim corsairs who took on Europe

Starting in the 15th century, Ottoman navies and Barbary pirates engaged an alliance of Christian states for supremacy in the Mediterranean 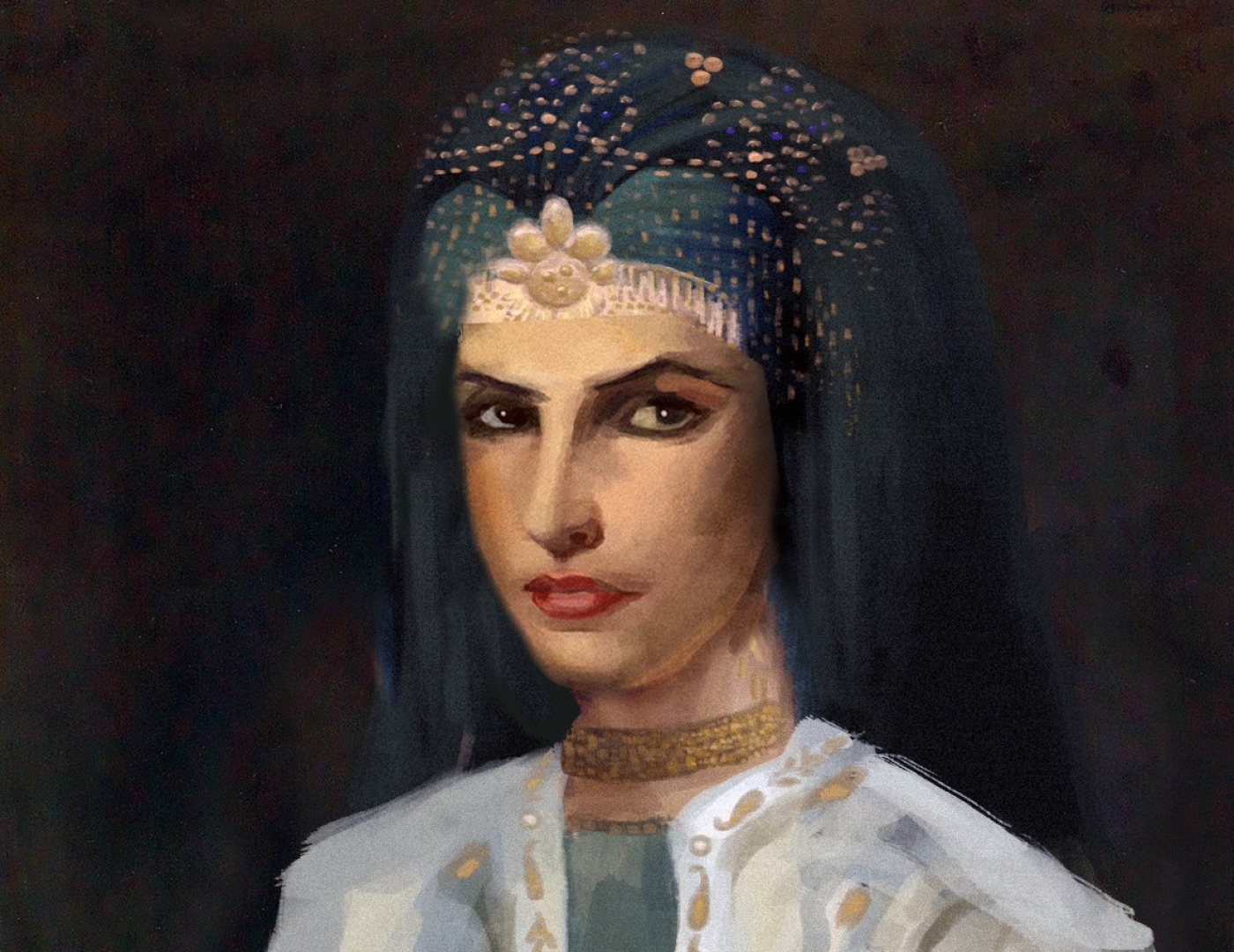 The second half of the 15th century was a dramatic period in world history with Constantinople falling to the Ottoman Turks under Sultan Mehmet II, the Reconquista in Iberia, and Columbus accidentally finding out that there was something on the other side of the Atlantic.

With the invasion of the Americas, Europe conquered rich new lands and began to develop trade routes that would fuel its rapid economic and military development for centuries to come. 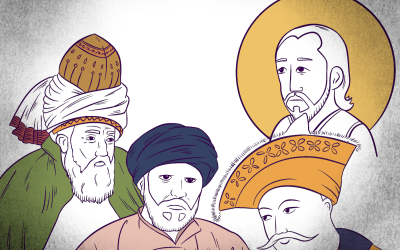 Until the development of trans-Atlantic transport networks, however, the focus for southern European powers was closer to home.

Mehmet II established the Ottoman Empire as the most powerful military force in Anatolia and Eastern Europe and his successors set about exercising that strength across the Mediterranean.

That brought the Turks into conflict with the Venetians and Crusader orders, such as the Knights of St John, who sought to limit the spread of Muslim power on Europe's southern shores.

Ottoman navies were bolstered by irregular forces in North Africa, known as the Barbary Pirates, many of whom were descendants of Muslims expelled from Spain.

Fought over the course of decades with related conflicts continuing for centuries, the wars for the control of the Mediterranean were an exhaustive series of conflicts for both sides, which involved mass death at sea, the taking of slaves and other atrocities.

They would leave a mark on both European and Turkish cultures with Voltaire describing battles with the Ottomans in his novella Candide and Shakespeare using the conflicts as a backdrop to Othello.

In Turkey, naval vessels still take the names of admirals who led naval battles during the wars for the Mediterranean.

Sometimes referred to as Aruj or Baba Aruj, Oruc Reis was an Ottoman admiral and corsair who later became the sultan of Algiers.

Likely born sometime in the 1470s on the Ottoman island of Midilli, which today corresponds to the Greek island of Lesvos, Reis was the second of four brothers, all of whom took to the sea first as traders and later as corsairs in the service of the Ottoman Empire. 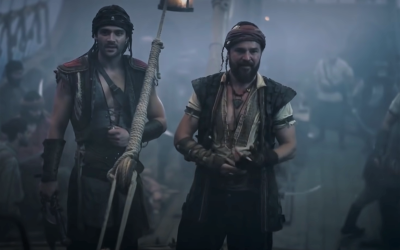 Oruc went on to become one of the most famous Barbary pirates in history, learning to speak Italian, Spanish, French, Greek, and Arabic during his trading expeditions.

While returning from a trading expedition, Oruc and his brother were attacked by a group of templars from the Knights of St John in Rhodes.

Oruc lost one of his brothers in the attack and was wounded, captured and held captive for several years.

After being rescued by his brother Hayrettin Barbarossa, and taken to Antalya in southern Turkey, Oruc received the patronage of Shehzade Korkut, a son of the Ottoman Sultan Bayezid II.

With Korkut's support, the two brothers became privateers countering the threat posed by the Knights of St John, as well Portuguese and Spanish ships.

Among his supporters, Oruc gained a reputation as a fatherly figure, earning the name Baba Oruc, after helping Jewish and Muslim refugees escape from Spain to North Africa after the Reconquista.

It is widely believed that the name Barbarossa is either a romanticised version of Baba Oruc or that he was nicknamed so because of his red beard - "Barbarossa" means “red beard” in Italian.

To this day, Hayrettin and Oruc are known as the Barbarossa brothers, and the pair have inspired numerous depictions of pirates since.

In 1516, Oruc conquered Algiers, expanding Ottoman power in North Africa at the expense of Spain and its Moorish allies.

Oruc died fighting against the Spanish in 1518 in Tlemcen, Algeria, but full Ottoman control was slowly restored over the coming decades.

After the death of his older brother, Hayrettin became the sole Barbarossa brother and continued the fight in the Mediterranean, carrying the name and the mission of his brother.

Oruc Reis's legacy is still going strong in Turkey with Ankara naming a number of naval and research vessels after the famed admiral.

Barbaros Hayrettin Pasha, also known as Hizir Hayrettin and Hizir Reis, established his reputation alongside, and independent of his brother.

Like Oruc, Hayrettin's primary nemesis was the Spanish empire and his hatred of the Spanish monarchy was no doubt fuelled by the expulsions of Muslims resulting from the Reconquista.

His naval successes against the Spanish made him into one of the most famous corsairs in history and were enough for the Ottomans to make Hayrettin the grand admiral of their navy.

The seafarer's dedication to avenging the Muslim defeat in Spain and his treatment of refugees expelled from Iberia earned him the honorific "Hayrettin", from the Arabic Khayr ad-Din meaning: “the goodness of faith”.

Hayrettin was given the role of governor of Algeria after pledging loyalty to the Ottoman Sultan Selim I. He subsequently used the North African territory as a base to attack European vessels and conduct rescue missions, including the ferrying of refugees from Iberia to North Africa.

His successes against the Spanish earned him enough of a reputation for the Ottomans to charge him with leading their naval forces during their conflicts with the Venetians and Habsburgs.

The legendary corsair led the Ottomans to victory at the Battle of Preveza in 1538, against an alliance of Christian powers, known as the Holy League, which included Spain, Portugal, Venice and the Papal states, among others.

He was also pivotal in establishing Turkish rule in Tunisia, as well as Algeria.

Under Hayrettin, the Ottomans became the dominant power in the Mediterranean, a situation that lasted long after his retirement in Istanbul in 1545, where he would die a year later.

The Barbarossa brothers are the protagonists of a Turkish drama, produced by public broadcaster TRT, which is called Barbaros: Sword of the Mediterranean. In the Pirates of the Carribean franchise, the name of the fictional character "Hector Barbarossa" also derives from the names of the Turkish pair.

In her new home in what is now Morocco, Sayyida married Sidi al-Mandri II, the governor of the city of Tetouan in modern-day Morocco, who entrusted her as his de-facto deputy.

Fluent in multiple languages, Sayyida had a flair for strategic advice, becoming her husband's go-to consultant when it came to governance and diplomacy.

After his death in 1515, she took over as governor, and embarked on a career avenging the new rulers of her homeland for their treatment of conquered Muslims.

Sayyida, along with most Granadans, never really got over the loss of their home. Her husband had fortified Tetouan in order to use it as a base in fighting against the Spanish and the Portuguese.

The once Andalusian refugee made contact with Barbary Corsairs and then assembled a fleet of her own with the help and support of the Barbarossa brothers.

They forged an alliance that seriously limited the activities of the Spanish and Portuguese empires in the Mediterranean.

Backed by her Ottoman allies, Sayyida's fleet earned a great amount through booty and ransom money gained from their battles and raids. While the exact numbers are not known, there was enough wealth to bring about the flourishing of Tetouan as a major North African city.

So powerful was her naval force that the Spanish and Portuguese considered her their main point of contact for negotiations with Muslim forces.

Towards the end of her career and her life, Sayyida married the king of Morocco, who was said to be impressed with her from first sight.

She continued to rule Tetouan and managed corsairs under her control while she was married.

Her rule came to an end after a coup d'etat carried out by her stepson, the son of al-Mandri, who deposed her. 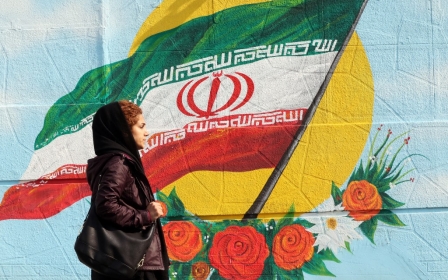 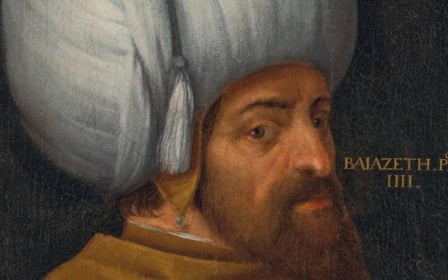 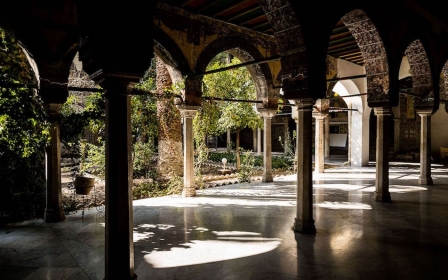 Heritage
In pictures: Inside the home of the last Ottoman Bey of Constantine