Cannes film festival 2019: The good, the bad and the ugly 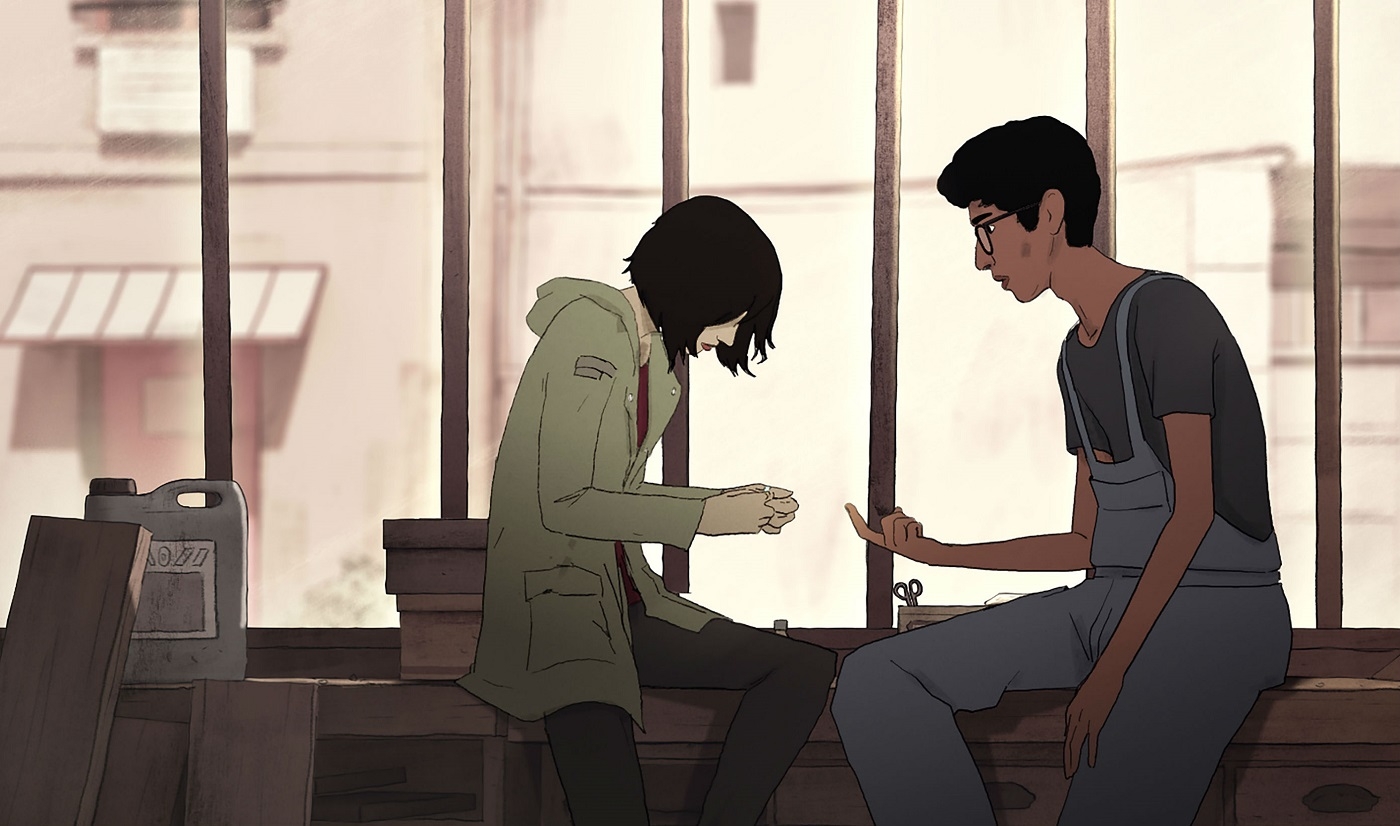 The animation feature "I Lost My Body," which won Critics’ Week, was bought by Netflix during Canne (Xilam)
By
Joseph Fahim
in
Cannes, France

No other moment was more telling at the 72nd edition of the Cannes Film Festival than the grand reception that Thierry Fremaux, the festival director, accorded to Quentin Tarantino's Once Upon A Time ... In Hollywood.

Breaking habit with most red-carpet premieres, Fremaux introduced each of the actors – Brad Pitt, Leonardo DiCaprio, Margot Robbie – separately before the Pulp Fiction director stormed the 2,400-seat Grand Theatre Lumiere to cheers. The queues seeking to get in were the longest this writer has witnessed at the festival.

This was a statement of intent from Fremaux: that Cannes, which of late has lost substantial clout to Venice and Toronto, can still attract the biggest names; that Cannes remains the biggest hub for the world's most important productions. It felt like an act of desperation: self-congratulatory grandstanding for successfully luring Tarantino, a one-time winner of the Palme d'Or.

Outside the Cannes Palais, the festival hub, a man held a sign. It read: "Give me an invitation, or I spoil Game of Thrones' ending". It was a cruel reminder that cinema is no longer at the centre of global cultural discourse. Cannes is a place fully engaged with the realities of the world, yet also detached from a rapidly evolving film culture. And this is not just due to the festival's ongoing row with Netflix.

Cannes, after all, is an awfully classist festival that segregates the press into groups defined by the number of hits their publications receive; that continues to coerce its female guests into wearing high heels for the Lumiere gala premieres; and whose line-up is largely fed by mega French distributors with enduring ties to the Cannes hierarchy.

For many of the regular professional attendees – press, programmers and producers – a growing weariness and frustration shrouded their experience this year.

Cannes also has the 60-year-old Marche du Film, the world's biggest movie market and the ultimate place for film-makers to network. Everyone is there forging deals, especially for art-house features: it's become almost impossible to get a project off the ground without tapping somehow into the Cannes market, be it a French co-producer or French sales company or some other element.

The competition was not without its masterpieces - including Once Upon A Time … , Céline Sciamma's Portrait of a Lady on Fire and Bong Joon-ho's Parasite – but there were hardly any surprises.

The official line-up at Cannes is not really a place of discoveries. It hasn't been for a long time. It is not trendsetting. It is not a place to showcase revolutionary aesthetics or narrative innovations. Everything at Cannes is calculated.

Every competition entry this year had prior Cannes ties: of the 21 films in competition, 13 were directed by film-makers who had appeared before. The two debut features did not emerge out of nowhere: for example, Atlantique, Mati Diop's Grand Prix winner, is distributed by French powerhouse MK2.

Why Arab cinema is resurgent

This festival and market context applies to the Arab film-makers who make it to the festival, just as it does to film-makers the world over. The path to official selection is familiar, anchored by producers and sales agents with enough leverage to have their work watched by Fremaux and his selection committee.

The surprise inclusion of Yomeddine, the low-budget indie by Egyptian director Abu Bakr Shawky in 2018, for example, wouldn't have transpired without the involvement of Wild Bunch, which bought sales rights a few weeks before the selection was finalised.

The space that has opened for Arab stories at Cannes in recent years is not a coincidence: rather it is a by-product of the rise of co-productions, and the emergence of funds across the region, particularly from the Gulf.

One common factor this year was the Doha Film Institute (DFI), which backed six of the seven Arab productions across the festival.  During the past five years, the DFI has emerged as possibly the most influential Arab player on the international circuit, thanks to strong ties with programmers worldwide, as well as sheer dedication in pushing its films to premiere on the best possible platforms.

The increasing Arab presence at Cannes reflects, in other words, the success of Arab cineastes at establishing themselves as key players. But it does not, however, mark an improvement in the quality of the stories or productions.

Great Arab films have been made for more than half a century. The difference between cineastes past and present is that the latter are more adept and savvier at playing the international festival game.

The present political climate has, admittedly, boosted the appeal of Arab and Arab-related stories for Cannes and their ilk. While the festival has always been unabashedly political, this year's selection felt even more so. The vast majority of the competition was informed by a palpable urgency derived by strong political content - including the rise of fascism, class conflict and the dominant male gaze - tackled in different forms.

A central theme that emerges in many of the competition entries is the disenfranchisement of minorities, be it poor Muslims and French-Africans in Les Miserables, Ladj Ly's gritty and grim crime thriller which links the raging violence in a poor Parisian suburb to police brutality; or in Atlantique, Diop's dreamy Senegalese fantasy-drama that links neo-colonialism, illegal immigration and prevalent traditionalism.

Arabs and Muslims were a common domain in many of the competition films, including Arnaud Desplechin's Oh Mercy! which acknowledges the racial stereotyping of Arabs as criminals by both the white middle class and the police.

Several French-language films ventured to explore different facets of the Arab experience in Europe. Hafsia Herzi, a French actress of Tunisian and Algerian descent, paints a post-racial picture of France in You Deserve a Lover, an ethnically diverse romantic comedy that treats French Arabs with no distinction from their white European counterparts.

In I Lost My Body, Jeremy Clapin’s animation feature, which was the Critics' Week winner, focuses on a twenty-something character whom we first meet as a happy child, leading an idyllic life in an unnamed North African country, before he's jettisoned to an alienating Paris after his parents are killed in a car accident.

Alienation is also evoked in the under-rated gem Ghost Tropic by Belgian Bas Devos. It's a tender, deeply humanistic look at Khadija (Saadia Bentaieb), a 58-year-old veiled North African cleaning lady, who embarks on a nocturnal journey on the outskirts of Brussels after falling asleep when her train reaches the end of the line.

Returning home, she is subjected to casual gestures of racism as well as acts of kindness. Less elliptical than his Berlinale entry Hellhole, if equally introspective, Devos interjects Khadija's journey with long still images of an empty suburban Brussels, resulting in a warm and evocative urban portrait.

The Dardennes and the art of cliche

Not all Arab-centred stories at Cannes this year were as progressive. The most offensive, most insensitive and certainly the most Western was Jean-Pierre and Luc Dardenne's The Young Ahmed, another snapshot of troubled youth that misguidedly attempts to tackle Islam but ultimately falls on its face.

Newcomer Idir Ben Addi is the young eponymous Arab Muslim hero who, as the film starts, is already radicalised and ready to murder his "moderately Muslim" teacher for promoting a more "liberal" version of Islam, whatever that means.

When Ahmed's clumsily executed murder plots fails, he is arrested and installed in a reform centre, where he eventually falls for a white girl who awakens his "impure" sexual desires.

The Dardenne brothers, two-time Palme d'Or masters of realism – who bafflingly won the best direction prize this year – cram The Young Ahmed with every conceivable cliche about Arabs and Islam, including the reductive dichotomic depiction of Islam as either radically violent or tolerantly liberal; the warning about the derivativeness of the hadith; and the allusion that all Arabs are Muslims.

Islam is treated with suspicion, presenting no counter arguments to Ahmed's naive fundamentalist doctrine, which has been explored and parodied to death since 9/11.

But more problematic is how the brothers refrain from providing tangible psychological validations for Ahmed's radicalism, transforming him into a deformed spectacle for the laughing upper middle-class audience at Cannes' Grand Theatre Lumiere.

Equally problematic is the outsized conclusion that only through a divine or fateful intervention can Ahmed be cured of his radicalism; and that kindness and love are no foil for Ahmed's homicidal tendencies, which developed only a few weeks earlier.

On the flip side of Arab representation was French-Tunisian Abdellatif Kechiche's Mektoub, My Love: Intermezzo, the scandal of the festival.

A sequel to Kechiche's Canto Uno, which received mixed reviews when it premiered at Venice two years ago, here Kechiche takes his leery gaze to a different level, populating his 206-minute project with infinite butt shots that have been extensively discussed in every review and report of the film.

Kechiche's Palme d'Or win in 2013 for Blue Is The Warmest Colour shook French culture. Its frank look at a same-sex relationship was not only penetrating and uncompromising in its emotional nakedness, but was also a rare instance of a French Arab being allowed to explore white relationships (esteemed American scholar B Ruby Rich wrote that the controversy surrounding its explicit sex scenes could be attributed to the fact that Kechiche is Tunisian).

Yet Kechiche's shameless survey of his actresses' physiques has undeniably been present in nearly all of his films. In Intermezzo, Kechiche's gaze is without context, as his camera runs amok, like an old Arab man with an unfulfilled sexual fixation on attractive young white women.

Intermezzo, which follows the same aimless young characters of the first movie as they spend an evening in a 1990s dance club that lasts three hours on screen, solidifies the myth of the virile, sexually irresistible Arab male who can attract any of the sexually promiscuous white women populating the film.

Kechiche has said in his widely ridiculed press conference that his film is "a celebration of the body". Yet, of course, these bodies are strictly of young, attractive, fit people who only exist in the movies.

The few (mainly male) fans of the film who say that it reminisces about the freedom and hedonism of the 1990s have clearly not been in a dance club during the past 10 years.

Intermezzo is the work of a film-maker gone down the rabbit hole, an ugly picture built on objectification and contempt for the audience. Without palpable drama or sexual tension, the tantalising dance-floor experience that Kechiche strives to recreate never materialises.

Amin (Shain Boumedine), the passive central character, could go home with any of the willing girls seducing him, eliminating any of the desired build-up, and transforming the eternally twerking young women into frantic zombies.

As with excessive violence, the audience steadily grows numb to the repetitive, joyless sexual gestures, including the much-publicised unsimulated oral sex scene. Intermezzo is a work of sheer intellectual bankruptcy by a film-maker who may have lost his credibility for good. 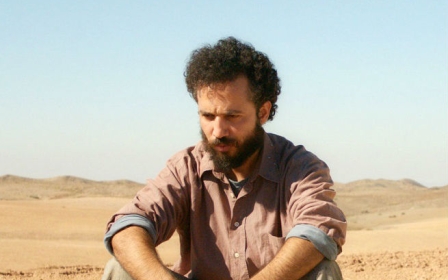 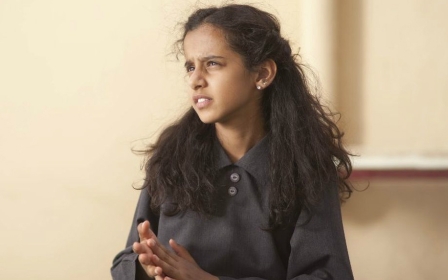 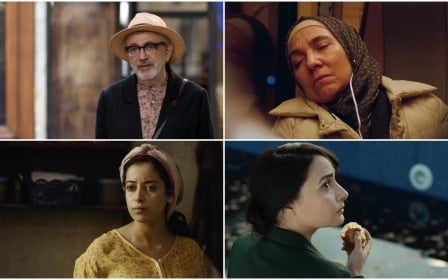