Around the Middle East in six coffees

From Turkey to Morocco, Middle East Eye takes you on a tour of the world's favourite drink in the Middle East and North Africa 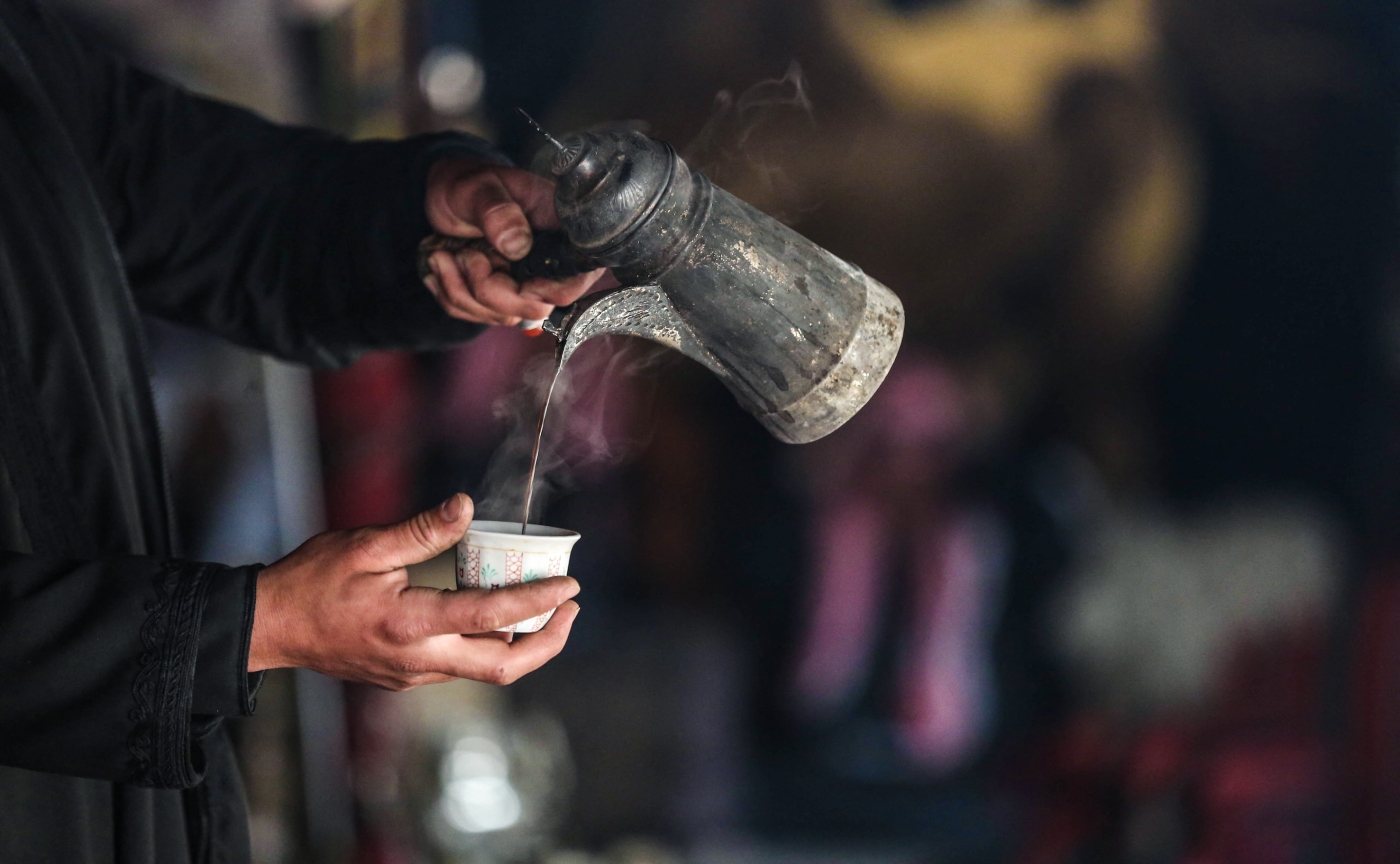 The Middle East has long had a special relationship with coffee, with the beverage forming a staple in living rooms and cafes across the region.

While it originated in the Horn of Africa, the drink extracted from the seeds of the coffee plant made its way to the rest of the world through Yemen around 500 years ago.

Initially its stimulatory properties were prized by Sufis, who would spend coffee-fuelled nights awake in prayer. But it soon reached the masses, first in the Ottoman Empire and later across Europe, after the Turks invaded Hungary in 1526.

The first documented coffeehouse is recorded to have been in Istanbul in 1554 and the European words for "coffee" find their origins in the Turkish kahve, which itself was a borrowing from the Arabic qahwah.

Given the rich ties between the region and the world's favourite drink, Middle East Eye profiles some of the most popular varieties found in the area.

Turkish coffee is so ingrained in the country’s culture that “Turkish coffee culture and tradition” is listed in Unesco's intangible cultural heritage list.

The rich, aromatic drink is prepared in a special pot called a cezve, which is made of either copper or brass and has a long handle.

At least one teaspoon of coffee per cup of water is added to the cezve. Then the water and coffee are stirred briefly before the cezve is placed on the stovetop. Slowly, the coffee is brought to boil over a medium heat.

As the coffee brews, a foam will form on the top. This is known as the "face” of the coffee. Using a spoon, this should be transferred to each of the coffee cups. Then, as the coffee comes to a boil, it is poured over the foam into small, ornate cups.

Alternatively, Turkish coffee can also be brewed in hot sand. For some, this method gives a rich aroma and taste, as it takes longer to brew.

Turkish coffee also has distinct social traditions associated with it. For example, it has become part of the traditional wedding custom in the country. A bride-to-be might prepare and serve coffee to her potential in-laws when they come to visit.

As a test of the groom’s temperament and to gauge his character, the bride will use salt instead of sugar in his cup. If he is able to drink it without any obvious displeasure, it is assumed that he is good tempered, and therefore, a good man to marry.

Turkish coffee also makes an appearance in the world of fortune-telling. For this, the person who wants their fortune told will drink their cup of coffee. Then, their cup is turned upside down and placed on a saucer to allow the liquid to drain away. The fortune teller will look at the patterns formed by the residue inside the cup and any symbols they see will reveal the fortune of their customer.

The Levant has taken the traditional Turkish coffee and put its own spin on it. Although the coffee is prepared in almost exactly the same way, in Syria, Jordan, Palestine and Lebanon, the dark, rich beverage is usually served spiced with cardamom and typically unsweetened.

The coffee is often made without the layer of foam known as the “face,” which is popular in Turkey.

Both in Turkey and across the Levant, the coffee is served accompanied with a glass of cold water, to clear the palate.

Arabic coffee, otherwise referred to as qahwa or gahwa, is most popular in Saudi Arabia, Yemen, Iraq and the UAE. Qahwa can be spiced with a mixture of cardamom, saffron, cloves, and sometimes even cinnamon, giving it a delicate but distinguished taste.

Unlike the rich dark coffee native to Turkey, Arabic coffee has a distinctively light greenish-brown colour. This is a result of using very lightly roasted green coffee beans.

More often than not, the beverage is served unsweetened. Instead, Arabic coffee drinkers will pair the drink with dates or Arabic sweets such as baklawa to offset any bitterness.

The aromatic drink is served in a large ornate pot called a dallah or kanaka, and is enjoyed in a small cup with no handle.

Coffee is a key part of hospitality and generosity in Arab societies, so much so that it too makes an appearance on Unesco’s intangible heritage list.

Coffee is an indispensable part of daily life for the people of Sudan, who share a coffee-making process with both Ethiopia and Eritrea.

This coffee begins with raw green coffee beans which are hand-roasted, typically on a charcoal-powered stove. Once roasted, the beans are transferred to either a steel or wooden mortar to be crushed into a fine powder.

After the water is boiled, it is added - along with the milled coffee beans and spices such as ginger, cinnamon and cardamom - to a clay flask known as a jabana, the namesake of the beverage.

The result is a strong thick drink that can be likened to Turkish coffee. The addition of ginger distinguishes Jabana coffee and allows for an extra kick to wake the drinker up.

Iced coffee has taken the world by storm and is especially popular in the summer, when it serves as cool relief in the sweltering heat. But Algeria holds claim to being the birthplace of “the original iced coffee”. Algeria’s mazagran coffee is served sweet and with copious amounts of - you guessed it - ice.

The origins of this style of coffee are debated, though most agree that the drink was first invented in the middle of the 19th century. Some believe that in 1837, French colonial troops consumed the beverage at the Mazagran fortress in northwestern Algeria.

It has also been speculated that French Foreign Legion soldiers who were in Algeria during the siege of Mazagran in 1840 were forced, due to the absence of milk and brandy, to use water in their coffee. They would opt to serve the coffee cold in order to counter the Algerian heat.

Today in France, coffee served in glasses is referred to as mazagrin.

To prepare Algeria’s take on a cup of joe, you will need to fill a narrow, tall glass with ice and pour a strongly brewed cup of black coffee over it. Then, add a freshly squeezed lemon and the sweetener of your choice. If you want to give your drink an extra sour edge, garnish the glass with a slice of lemon.

Popular in Morocco, nous nous literally means “half-half" and is traditionally served in a glass, the drink consisting of half milk and half espresso.

According to some traditions, nous nous is typically ordered by women, with men preferring to opt for a cafe noir, a small cup of espresso.

To make nous nous you will need to start with half a cup of milk, which you can froth with an espresso machine or a hand foamer.

Then, slowly pour half a cup of espresso over the frothed milk. You can serve it with sugar on the side for a sweeter experience and, there you have it, the perfect nous nous. 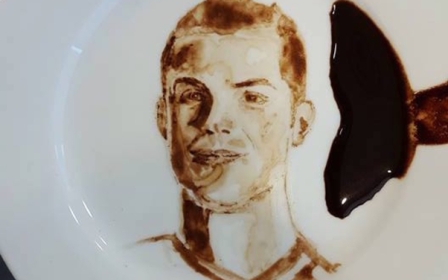 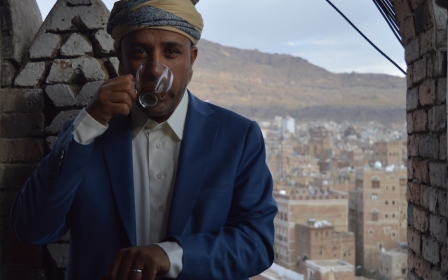 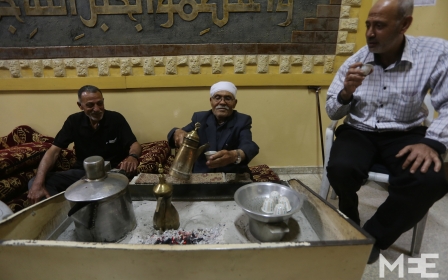