For the love of couscous: North Africa's favourite dish added to Unesco list

As with the "hummus wars", couscous is the subject of intense rivalry with Algeria, Morocco and Tunisia all claiming to be its true home 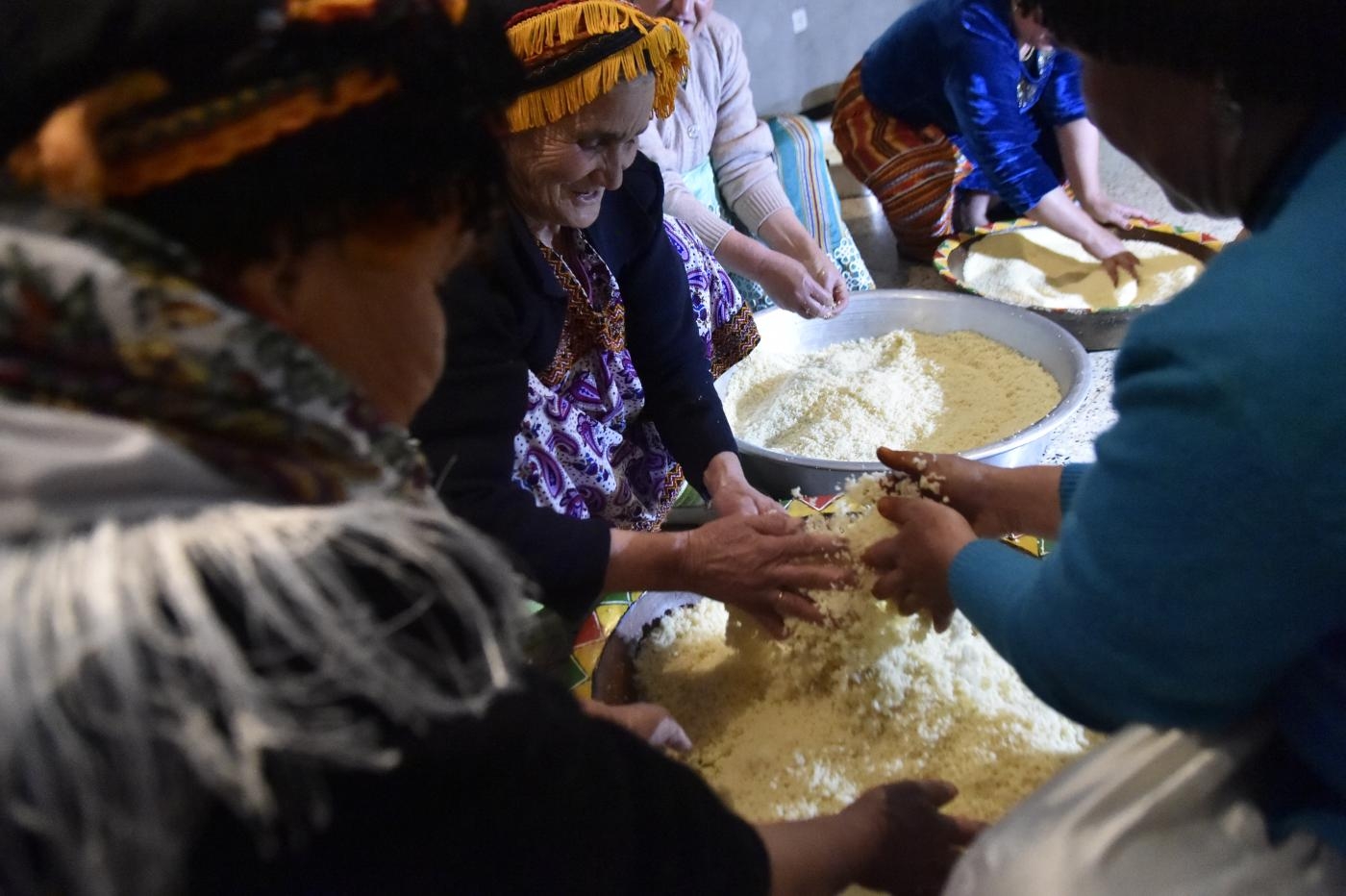 Made out of semolina, couscous is served with spiced vegetables, meat or fish, and is a popular dish the world over (Ryad Kramdi/AFP)
By
Yasmina Allouche

After years of debate and campaigning, Unesco announced on Wednesday that it has included the national dish of the Maghreb, couscous, on its intangible cultural heritage list.

The “knowledge, know-how, and practices linked to the production and consumption of couscous" were added after Algeria, Mauritania, Morocco, and Tunisia filed a joint application in March 2019 to have the dish recognised. 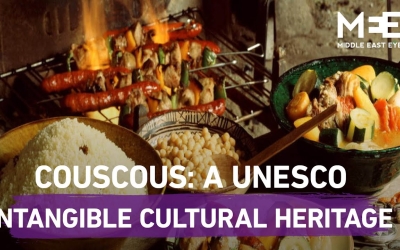 Made out of semolina, couscous is served with spiced vegetables, meat, or fish, and is now a popular dish the world over.

As with the "hummus wars" over the popular Middle Eastern staple, couscous is the subject of intense rivalry, with Algeria, Morocco, and Tunisia all claiming to be its original home.

“Couscous is a dish that marks the life of the populations of these four countries, and well beyond: there is no wedding, party, or family reunion without couscous,” Unesco wrote on its website.

Unesco praised the way in which “the common inscription of a shared heritage” - like couscous - “illustrates how intangible cultural heritage can be a subject on which states come together and cooperate."

That cooperation has not come easy. In 2016, Algeria announced a solo bid to win protected status for the dish, which outraged Morocco. It took years of negotiations for the dossier to be jointly presented to Unesco by Algeria, Mauritania, Morocco, and Tunisia.

"It's the first time that four North African countries have come together to file a joint application," Morocco's ambassador to Unesco Zohour Alaoui said at the time.

Many reacted to the Unesco decision with celebration and humour.

THIS IS A INTERNATIONAL LEGAL MANDATE TO ERADICATE SAD GRAIN SALADS FRAUDULENTLY KNOWN AS ‘COUSCOUS’ https://t.co/ydgsh81YLF

Translation: The couscous in the intangible heritage of Unesco. Where do we explain to these people that my grandmother's fish couscous must be the eighth wonder of the world?

Couscous first originated among the region’s Amazigh people and its name is derived from the Tamazight word “seksu”, meaning “well-formed”.

According to archaeological studies on cooking utensils found in North Africa, couscous dates back to the 10th century, with one of its first references appearing in a 13th-century North African cookbook. After the 12th century, couscous spread from Morocco, Algeria, and Tunisia to Mauritania, Libya, Egypt, and sub-Saharan Africa.

Since then, couscous has become an intrinsic feature of North African society, thanks largely to the efforts of Maghrebi women who have passed down the tradition of making the dish from generation to generation.

Translation: Couscous existed long before the appearance of the word "Maghreb". This dish is proof of the deep Amazighi [nature] of all of North Africa. Like those fabulous designs that women in North Africa put on their pottery, the same designs, since the dawn of time.

Some users online expressed concern that recognition by the international body will encourage restaurants around the world to produce inauthentic versions of the dish.

Translation: This Unesco statement will rush uninspired restaurateurs to adapt the horrific 4-season pizza concept (???) to offer a 4-region couscous. You're just digging in when suddenly there's an octopus.

Does this make what UK supermarkets sell and call couscous salad a crime against humanity? https://t.co/kaKaYTFVNN

Some took issue with the fact Unesco failed to mention Libya when making the announcement, despite it not being one of the four countries that filed the request a year ago.

Great! Why is Libya missing though? https://t.co/scXwNwLZY7

Others expressed hope that the UNESCO designation could bring about more unity within the Maghreb amid heightened tensions in the Western Sahara and Morocco’s recent normalisation deal with Israel.

Translation: Despite the war in the Sahara, the normalisation with Israel, the tensions, etc, couscous has brought us together and that's beautiful.

Some good news for a change. Finally, countries from the Maghreb region are united and agreed on something! Couscous aka the glorious amazing Berber dish was listed intangible world heritage by @UNESCO. It makes me so happy. https://t.co/dMECbWuDzg

Since 2006, Unesco has stated that its aim is to “build bridges between peoples, to bring them closer together through practices and knowledge that they have in common” and to protect "the practices, representations, expressions and know-how transmitted from generation to generation within a community" .

Couscous was one of 16 multinational nominations submitted to the Intangible Heritage Committee of Unesco for consideration in its 2020 listing. Others included traditional Al Sadu weaving in Saudi Arabia and Kuwait, camel racing in the United Arab Emirates and Oman, and the making and practice of the oud instrument in Iran and Syria. 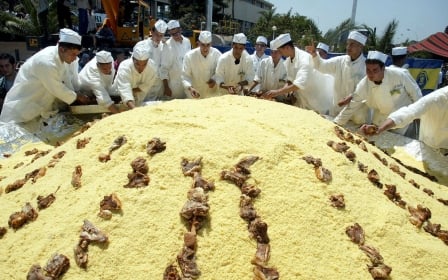 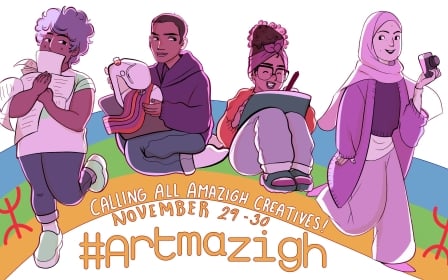