Marking the exodus of the Israelites from slavery in Egypt, what else makes the holiday one of the most important in the Jewish faith? 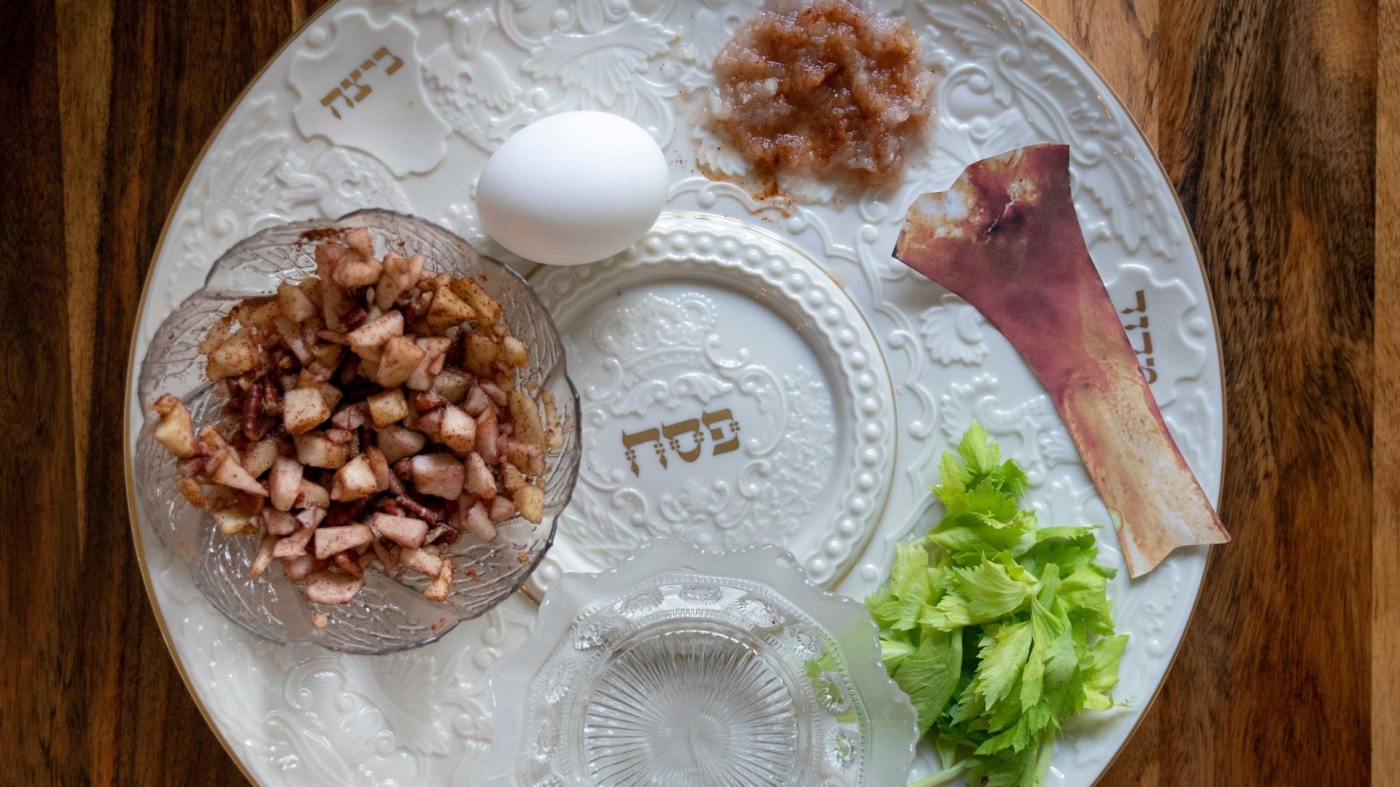 A seder plate, which is a key part of Passover, is symbolic of the story of Exodus (Reuters/USA Today)
By
Nadda Osman

Millions of Jews across the world are preparing to mark Passover, the celebration of the Biblical story of Exodus, in which the Prophet Moses leads the Israelites out of slavery in Egypt.

The occasion is one of the most important religious events in the Jewish faith, and is marked by a number of distinct rituals that are symbolic of the events recounted in the Torah.

Coinciding with the start of Spring, the mood of the occasion is festive, bringing families together and reminding the faithful to be grateful for their freedom, as well as celebrating the strength and determination of their ancestors.

What is Passover and when is it marked?

Passover, sometimes called Pesah or Pesach in Hebrew, or referred to as the "Festival of Unleavened Bread", is a celebration that marks the Israelites being freed from slavery in Egypt, a story that is recorded in the Hebrew Bible or Tanakh.

The name of the festival refers to the "passing over" of difficulty and the annual celebration is marked every year during Spring. It takes place on the 15th day of Nisan, which is the first month of the Jewish calendar.

Lasting seven days - or eight for Jews living in the diaspora - the date of Passover changes slightly every year as the Jewish calendar does not match up with the commonly used Gregorian calendar.

This year, Passover will start on the evening of 15 April.

What are the origins of the festival and its religious significance?

Passover is mentioned in the Torah - the name given to the first five books of the Hebrew Bible -  where the word pesach refers to the Passover sacrifice and the idea that God passed over the homes of Jews when he sent down a plague upon their Egyptian oppressors.

The festival is centred around the story of Exodus, in which the Pharaoh forced Jews living in Egypt into slavery and ordered that Jewish baby boys be killed.

Jews believe that an infant Moses was saved by his mother, who set him afloat in a basket down the River Nile, after which he was found and adopted by the Pharaoh's daughter and raised in the royal court.

After killing a slave master and fleeing to the desert, Moses encounters the burning bush, where God orders him to lead the Jews out of slavery.

Each time the pharaoh rejects pleas by Moses and refuses to let the Jews flee, God sends down a plague on Egypt.

Upon the tenth plague, which causes the death of the firstborn sons of each Egyptian family, the Israelites flee with Pharaoh and his armies in pursuit.

When the Israelites reach the Red Sea, God parts the waters, allowing the Jews through to the land on the other side where they wander the harsh desert for 40 years and are sustained with heavenly food known as "manna".

How do Jews mark the festival?

On the evening of the first night of Passover, Jews will hold a family meal, where the Seder is held. At this family meal, different foods are served, all of which hold symbolic significance. Prayers are recited at the gathering and family members will also sing together.

During the Seder meal, a number of items will be served, including four cups of wine, vegetables dipped in saltwater, matzah bread, bitter vegetables accompanied by charoset - a paste made from nuts, apples, pears, and wine - as well as a meal made from chicken or fish.

The four cups of wine represent the four times Jews believe God promised freedom to the Israelites.  The charoset paste reminds Jews of the mortar used by the Israelites when building bricks as slaves in Egypt.

The bitter herbs on the plate, like the charoset, is symbolic of the suffering faced by the Israelites as slaves in Egypt. Typically, people will choose horseradish or lettuce as the bitter herb, known as "maror" in Hebrew. What is Sukkot? The Jewish celebration explained
Read More »

The vegetables soaked in salty water are connected to the Spring harvest and the tears of the Israelites as slaves. A lamb bone is also placed on the seder plate, representing the lamb that was sacrificed and brought to the temple the night before the Israelities were liberated from Egypt.

A hard-boiled egg is also found on the plate, serving as a reminder of the destruction of the Temple in Jerusalem as well as the strength of Jews in their faith in the face of hardship.

The foods are arranged on the seder platter, which is also referred to as the ka’arah. During the meal, the story of the Exodus is related, from a book called Haggadah, meaning narration.

While the occasion is festive, there are some rules that believers must abide by. One is that it is forbidden to eat leavened food products, including bread, cakes, and pasta, as Jewish tradition states that Jews did not have enough time to wait for bread to rise while escaping from Egypt. This is where the tradition of eating Matzah, or unleavened bread, comes from.

Another symbolic tradition is opening the front door of the family home to receive the Prophet Elijah. The act is done in order to allow his spirit to enter the home. According to Jewish tradition, Elijah will reappear to announce the coming of the Messiah, which will take place during Passover. In some homes, verses from the Book of Psalms are also read out loud.

A much-loved tradition, particularly among children, is to find the "afikomen", the largest piece of matzah, which is then broken into three on the seder and is wrapped in cloth and set aside.

At some point, as the evening progresses, an adult member of the family will hide it and the children set out to try and find it, with the one who discovers it rewarded with a prize.

The search for the afikomen can last anywhere between minutes to hours and is often one of the most memorable parts of the occasion.

Many Jews will take Passover as an opportunity to remember other Jews living under oppression, as well as express gratitude for their own freedom.

Some will spend their time at a synagogue, where special readings take place every day of the festival. The readings touch on biblical stories, such as Moses receiving the ten commandments, the parting of the Red Sea, and the Children of Israel crossing the River Jordan.

What are some of the foods people eat during Passover?

As well as the foods served on the seder plate, it is common for Jews to also eat traditional meals.

For many, these foods have become synonymous with the occasion, and have a nostalgic feeling for Jews who grew up eating such hearty dishes with their families during festive occasions.

Some of the most commonly eaten foods during Passover are gefilte fish and matzah ball soup.

Brisket is also typically served, as well as tzimmis, a dish made from sweet potatoes, carrots, and prunes. Once cooked on a low heat, the dish is covered with a layer of honey or sugar. The sweetness of the dish is symbolic of happy occasions and used to wish for a blessed year ahead.

Another popular meal during this time of year is kosher klugels - a baked casserole type dish that is commonly made from egg noodles or potatoes. The dish is mostly eaten by Ashkenazi Jews and served on Shabbat and other Jewish holidays.

For breakfast, many will go for matzah brei, comfort food made from matzah and scrambled eggs. The dish can be eaten salty or sweet and accompanied by different side dishes. Depending on where you are in the world, people will top off the dish with different things, from sour cream to chives and apple sauce.

Is Passover a public holiday?

In Israel, the first day of Passover is a national holiday as well as the seventh day of the occasion.

In countries such as the UK, Passover is not considered a public holiday, however Jewish families and businesses may choose to take the day off from work. Religion
What is Sukkot? The Jewish celebration explained 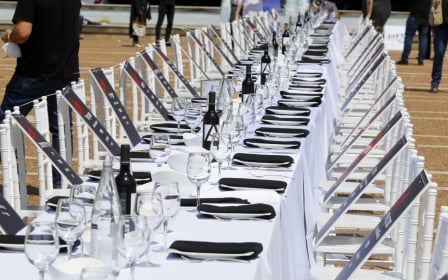 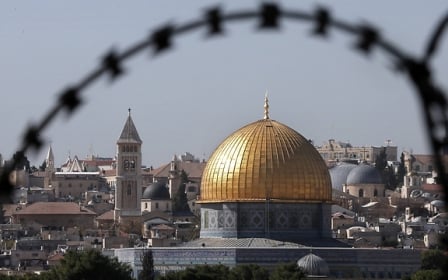