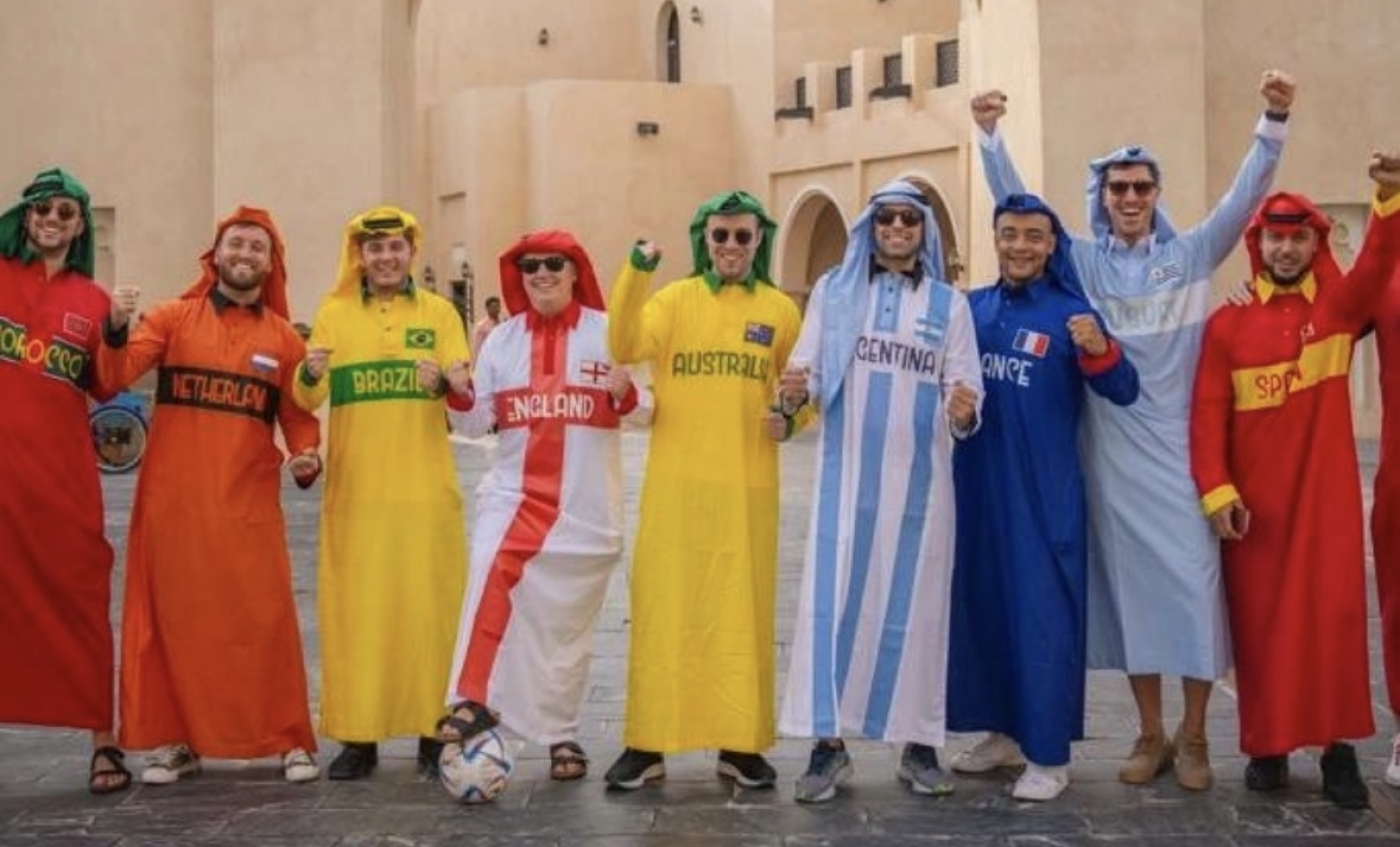 Typically seen in a demure and classic white colour, the thobe is a traditional ankle-length robe donned by men around the Middle East and North Africa.

It can be worn casually for day-to-day errands, to the mosque, or even for special occasions, with minor style variations denoting the wearer's country of origin.

Many fans who have flocked to Qatar for the World Cup this year have immersed themselves in the local culture and have been seen sporting the thobe in bright colours, with their country’s names and emblems emblazoned on them.

The colourful outfits have grabbed the attention of onlookers and have been seen all over the capital, both in the stadia and the country's tourist sites.

The national dress of the country has had a major make-over to mark the World Cup, with fans showing an interest in engaging with the local culture.

In an effort to celebrate the culture and give people an opportunity to try the country’s traditional clothing, one company has capitalised on the world tournament and the tens of thousands of fans it has brought to Qatar.

Giving only his first name, Diego, the co-founder of WCTQatar, a company which sells the flag-themed thobes, says that he wanted to showcase the country’s culture to international fans that are visiting the country.

The Spanish-born entrepreneur, who lives and works in Qatar, launched the company in November ahead of the World Cup and operates out of a location in Doha's West Bay, as well as Stadium 974.

“It's the first time a lot of people from around the world come to the Middle East. Most people will see the thobe and think 'what is this?'” he told Middle East Eye. “We wanted to combine the cultures with the football for people coming,” he added.

Many of the thobes come with a matching ghutra, also known as a shemagh or keffiyeh, which was traditionally worn around the Middle East to protect wearers from the sun and sand in harsh climates.

The idea behind the thobes came to Diego after he, his friends and family sat together and discussed contributing something new to the World Cup, which has been hosted in the Arab world for the first time.

“We wanted to do something unique for this year,” he says.

The thobes, which are custom-made in Qatar, have all been designed by Diego and his friends.

After settling on the design, they went in search of a tailor and manufacturer in Qatar to have them made. So far, sales of the thobes have been strong with the business selling a large number on a daily basis.

“People have loved the designs so far, the fans that have bought from us have said a lot of people appreciate the thobes,” Diego says.

Many of his customers have also told him that they get stopped in the street and questioned on where they purchased the thobes from.

“It gets people’s attention because it's the clothes that they rarely see but with their flag on it. And people really want to try that.”

🤩Look at these fans rocking the thobe!

With the most popular thobes so far being the Argentinian and Mexican thobes, Diego says that he has enjoyed seeing people get creative with how they are supporting their chosen teams.

His personal favourite? “The England thobe is my favourite,” he tells Middle East Eye. 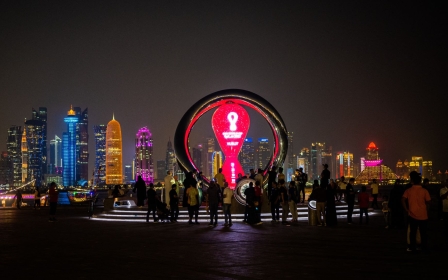 Qatar World Cup 2022
Quiz: How much do you know about World Cup host Qatar? 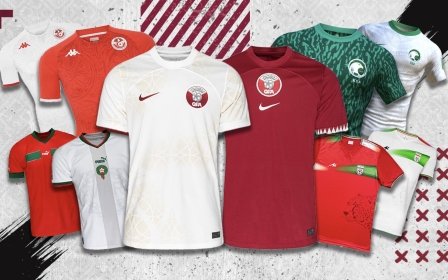 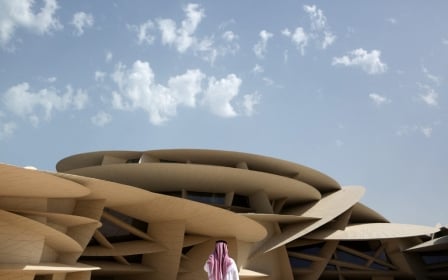