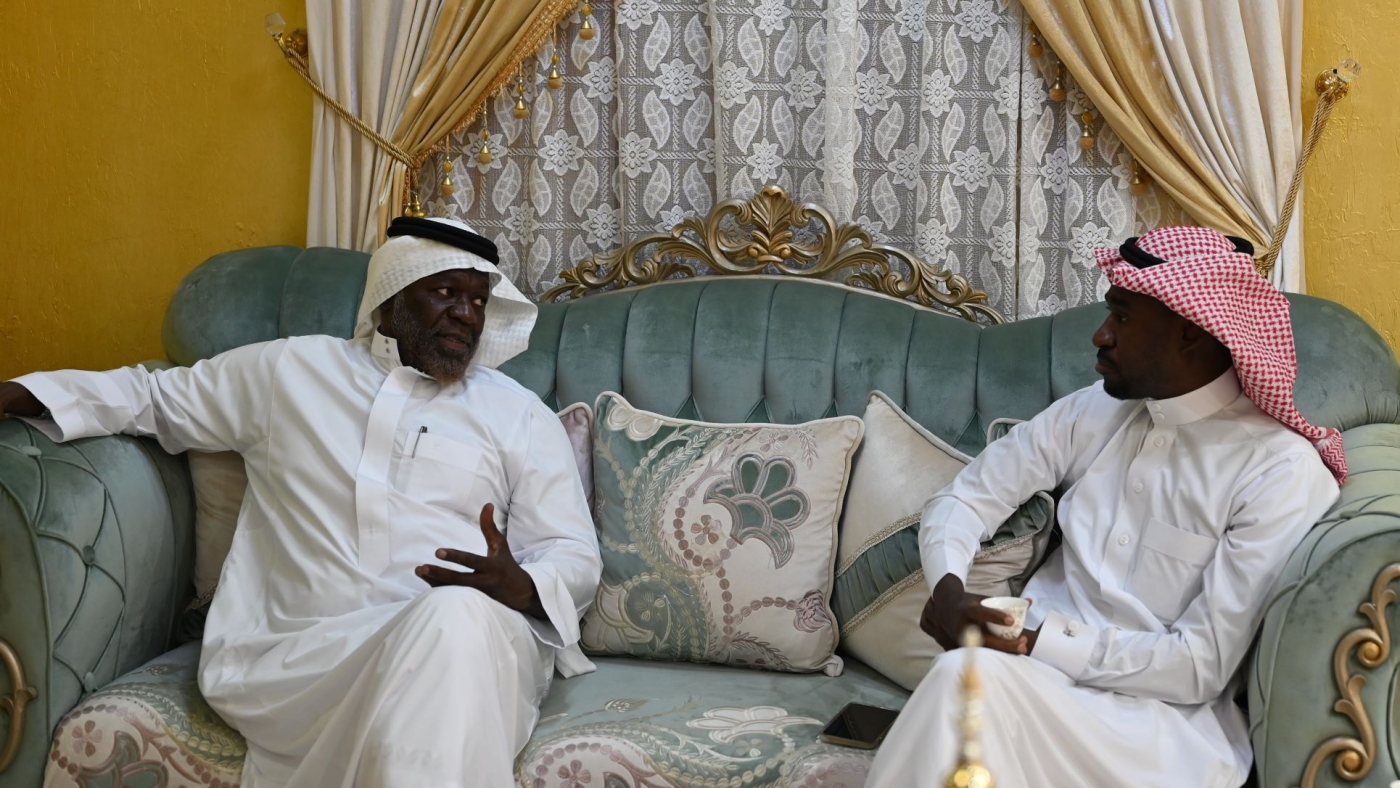 Hausa have assimilated into modern Saudi Arabia, and their ancestors helped to form its first government (Courtesy: Sada Malumfashi)
By
Adama J Munu

The population of the Arabian Peninsula stems largely from the Bedouin tribes that have been living in the region for thousands of years. What’s less well known is that the area has long attracted migrants from across the Islamic world, including Muslim communities as far west as the Niger basin.

Sada Malumfashi is an artist and filmmaker from the northern Nigerian city of Kaduna. He specialises in Hausa culture and history, including that of the Hausa diaspora in the Arab world, who are the focus of his documentary Hawsawi, which means Hausa in Arabic.

Numbering more than 50 million, the largely Muslim west African ethnic group are spread across a number of countries, although are found mainly in Nigeria and Niger.

While the number of Hausa in modern Saudi Arabia is relatively small, the story of their origin provides a glimpse into an important episode in the group's history, namely the responses among west African Muslims to British colonialism.

At 29, Malumfashi has already established his intellectual authority on Hausa culture and heritage. He is the director of the Hausa International Book and Arts Festival, which was inaugurated last year around the theme of “Spaces” - exploring the “origins of Hausa literary spaces” and their “notions of gender, identity, culture and politics”.

Since then he has continued to work on preserving the vast and rich history of the Hausa.

“I read literature written in Hausa from the 30s and 40s. They were the first set of novels published in Nigeria,” Malumfashi tells Middle East Eye. “My father was a professor of Hausa literary history, so naturally, these are the stories I was surrounded with. It prompts the way I do things now.”

The British Empire and the ‘hijra’

In May 2022, Malumfashi was one of dozens of international artists who won a spot on the Albalad art residency in Saudi Arabia, organised by the country’s Ministry of Culture.

“It was my first time going to Saudi Arabia. The perception I had of the country came from pilgrims who mainly visited Mecca and Medina,” he says.

It was during this visit that he first encountered Saudi citizens who were not of Arab origin.

“During my stay in Saudi Arabia, I was interested in understanding the Hausa diaspora who have been there for centuries, and I wanted to know the crux of that,” he says. 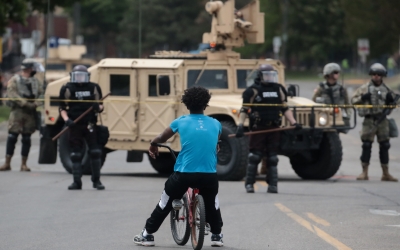 “I did not know how that research would take form, but I thought a documentary would be a good idea,” he tells Middle East Eye.

“I learnt that it [Saudi Arabia] is not limited to the holy sites and that there are other people of colour that are non-Arab. Also, it opened me up to the world generally.”

Migrations from western and sub-Saharan Africa to the Hijaz region of the Arabian Peninsula have been happening since the dawn of Islam.

Many arrived as pilgrims and decided to stay on, and others - particularly from the Swahili coast - were brought in by slave traders. The descendants of both these groups would eventually assimilate into local populations.

But the recent relationship between Saudi Arabia and communities from present-day Nigeria, however, can be understood against the backdrop of British colonialism in west Africa in the late 19th century.

British naval patrols preventing transatlantic slave trading, made illegal in the Empire from 1807, coincided with Britain’s growing desire for commerce in palm oil and cotton in west Africa.

Initially, this took the form of stronger relations with local powers, such as the Sokoto Caliphate, but it soon became about imperialist power-play. This came with the removal of local rulers and the propping up of puppet rulers.

Armed resistance, such as that led by Fulani Islamic scholar Usman dan Fodio, was one response, while religiously sanctioned migration, known as hijrah, was another.

“After the British came to northern Nigeria, then part of the Sokoto Caliphate, a lot of religious scholars decided to emulate the Prophet Muhammad and perform hijrah to a place they thought was holier,” Malumfashi explains.

“The British came with instruments of colonisation, such as Christian missionaries. The idea these [Muslim] emigrants had was to travel east - to Mecca, Medina and Jeddah. They could already speak Arabic, so it was very easy for them to assimilate. In a way, it was both a forced and willing migration.”

The Hawsawi of Saudi Arabia are the descendants of the first wave of Hausa migrants to the Hijaz region.

There were other west African communities, such as the Fulani and Kanuri, who also migrated and who in Saudi Arabia go by the names Falaata and Barnawi respectively.

“From my research, I knew that there were Hausa people there who know about the language but cannot speak it," Malumfashi says. "But what struck me was, I thought they would be a peculiar group, a community separate from the Arabs, but they’ve assimilated and have now become Arab.”

There were also Hausa emigrants who never made it to the Hijaz. Those who did not reach the birthplace of Islam settled along the route to the Arabian Peninsula, and they can be found in large numbers in Sudan, and in southwest Eritrea, where they are known as Tokharir.

“If you went by foot, you would travel through the Old Sudan, across the Nile, and the Red Sea, and then arrive at Jeddah, which was the main port. There was already a route they could follow, like the trans-Saharan trade route, which covered the Arabian Peninsula and the interior of Africa,” Malumfashi says.

Preserving the threads of Hausa identity

One of Malumfashi’s most interesting discoveries during the production of his documentary was the collective nostalgia felt by Arab Hausas towards their west African homeland - even in cases where they were Arabised.

Such sentiment stemmed from a lingering bond sustained by an oral culture.

“The Hausa descendants’ idea of their origin comes from oral tales. Many of them have not been to Nigeria. For some there is nostalgia; for others Africa is just a place where their forefathers come from,” he explains. 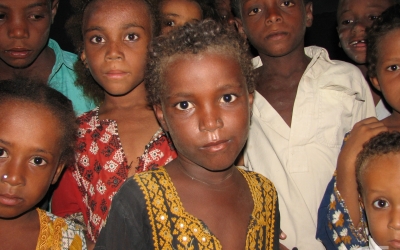 'We are Iranians': Rediscovering the history of African slavery in Iran
Read More »

Older interviewees, who had stronger collective recollections of the early Hausa migrations, appeared to be more interested in their origins.

“He wants to visit Africa, where his great-grandfather came from,” Malumfashi recalls.

“When pilgrims come from Nigeria, he interacts with them, which has helped his Hausa [language skills].

“You can see that, over the years, he has not let go of that African nostalgia, fed by the people that come for a pilgrimage.

“The first thing he asked me is whether I have traditional clothes or keepsakes. It is a personal interest in that he wants to know more about his identity.”

Younger generations have a more diverse position regards their identity.

“They see themselves as Arabs and that’s the identity they’ve chosen,” Malumfashi notes. “They have greater access to technology, so you would assume otherwise, but they’re interested in pop culture, soccer and contemporary politics, not the nostalgia of the past.”

The filmmaker says that alongside the Hausa’s process of Arabisation, their native language was not readily passed on to their children.

“Of course, something will always give you up, like the colour of your skin, but you try to use language to overcome that,” he says.

There is an irony in the idea that Hausa migrants fled their homeland to maintain their culture, only to give up significant aspects of it in the Arabian Peninsula, but Malumfashi says that religion helps to explain why the Hausa do not look back on the process negatively.

“Even growing up in northern Nigeria, it is a privilege for someone to speak Arabic because it is the language of the Quran. We do not see it as colonisation, although it can be interpreted in that way,” he says.

“I can assume it was important for these people to teach Arabic to their children because fleeing British colonialism was [also] about liberation in a spiritual sense.”

The Hawsawi are part of a much larger Black Arab community comprising citizens of African descent, including recently arrived sub-Saharan African refugees and migrants. As elsewhere, Blackness in the Arab world sits at different intersections of identities.

While the Hawsawi may not be considered technically indigenous to Saudi Arabia, the idea of Arabness is intrinsic to how they see themselves. Part of that could be attributed to their role in the formation of the modern Saudi state.

“I was speaking to one of the elders in the community, who mentioned his grandfather was a leader of the Hawsawi who pledged allegiance to King Abdulaziz. His grandfather was among the first to do so. It is why he feels very Saudi, because his ancestors were among those who formed Saudi Arabia’s first cabinet,” Malumfashi tells MEE.

In a post-George Floyd world, robust conversations on global Black solidarity have surged. In one sense, the Middle East no longer sits on the fringes of that discourse, after a CNN report on slave auctions in Libya in 2017, human trafficking of east Africans in Kuwait and Oman, as well as the 2019 revolution in Sudan all became prominent news outside the region.

But for groups like the Hawsawi, racial solidarity is not a major preoccupation, and this affected Malumfashi personally.

“I could not dig deeply into Blackness as a concept, but generally it's shied away from,” he says.

“You also find incidences where Black Saudis see themselves as different from [other] Black Africans. I do not know where that comes from, but they feel they are Arabs first and then Black.

“It’s the other way around for me, and that is a radical difference, because anywhere I go, I am Black first."

The idea that two sets of people with the same origin in west Africa, several hundred years ago, see themselves in such starkly different ways was a hard thought for the filmmaker to get used to.

“It was difficult to mentally reconcile that we have the same colour of skin but have completely different world views,” he says. “That we might have started with the same ancestors, but a little deviation from migration can impact different lines of the same family.”

Hawsawi premieres on 2 December at the Hausa International Book and Arts Festival in Kaduna, Nigeria. 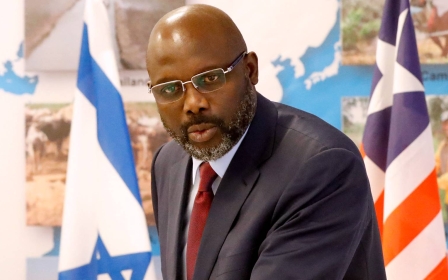 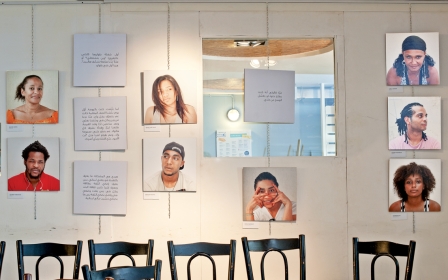 Hidden in plain sight: Life as a mixed-Lebanese 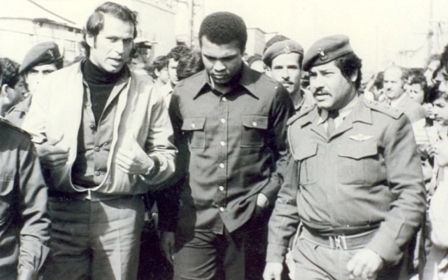