Sham el-Nessim: A guide to the Egyptian spring festival 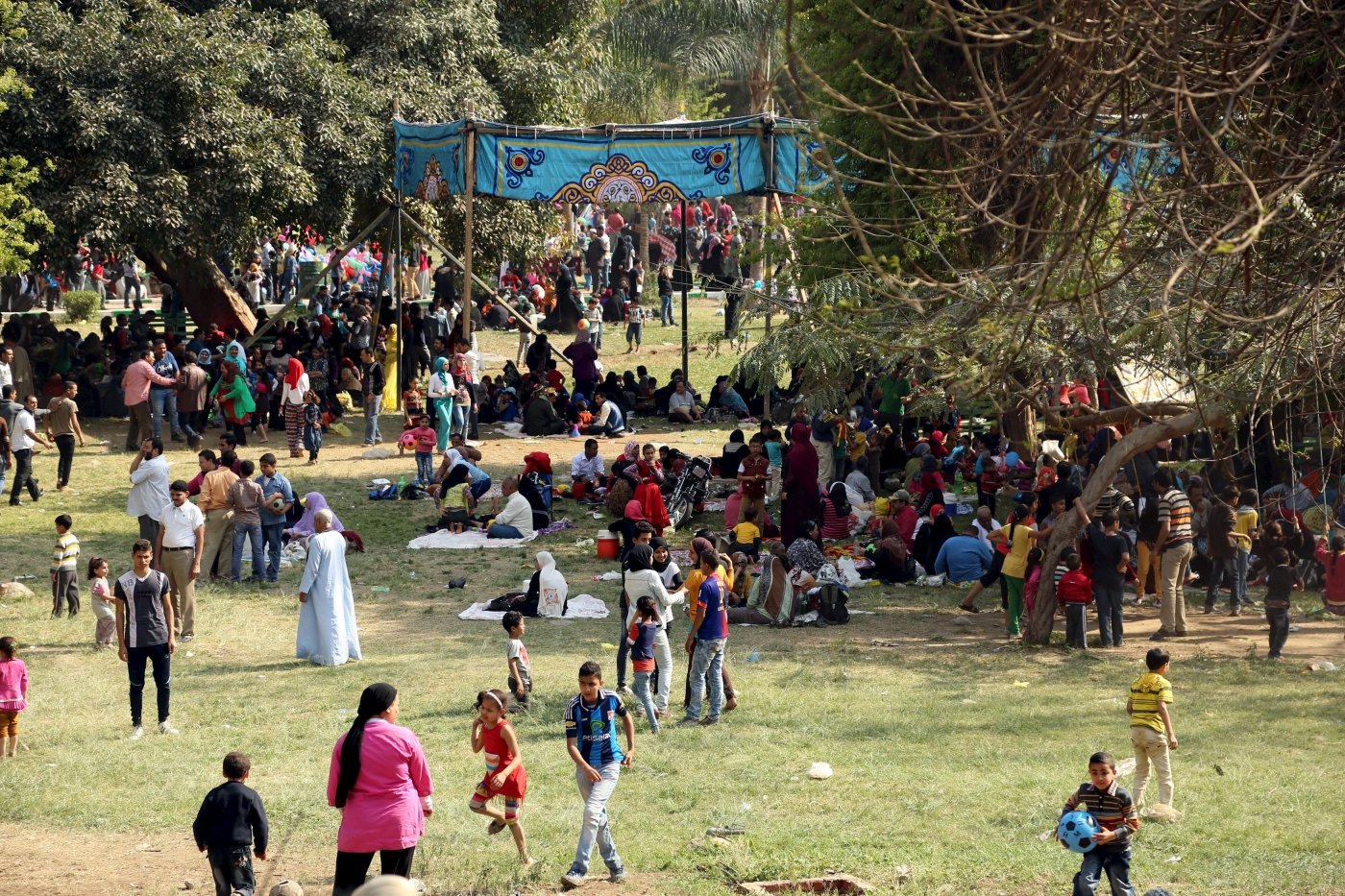 Every year, Egyptians of all religions and backgrounds welcome spring with the celebration of Sham el-Nessim - meaning "smell of the breeze".

The national holiday, which has roots in Pharaonic traditions, is similar to the more widely known Iranian festival of Nowruz, which also symbolises the beginning of spring and renewal.

Here, Middle East Eye answers some questions you might have about one of Egypt's oldest festivals.

This year, Sham el-Nessim falls on 25 April. Every year, the celebration is marked one day after Coptic Easter.

Among western denominations, Easter typically falls between 22 March and 25 April in accordance with the Gregorian calendar. However, Coptic Christians celebrate Easter according to the Julian calendar, meaning the religious event is held later. This year they and other eastern denominations will mark Easter Sunday on 24 April.

The Sham el-Nessim celebration lasts for one day only, although people prepare for it days in advance by making traditional foods and planning outings.

What are the origins of the festival?

Sham el-Nessim dates back to around 2700 BCE, when  it was known as Shemu. During the springtime festival, ancient Egyptians would offer salted fish and other foods to their gods, to coincide with the spring equinox.

During this period, which corresponds to the era of the Third Dynasty, the arrival of spring was a significant event for Egyptians, as the changing of the seasons had significance for the sowing, growth and harvesting of crops.

Following the introduction of Christianity in Egypt in the first century CE, the celebration became associated with Coptic Easter, and was held annually on the day after Easter Sunday.

The name Sham el-Nessim derives from the Coptic language, which is itself derived from the ancient Egyptian language. The original pronunciation was "tshom ni sime", which means  garden meadows. As Egypt became Arabised, the name was phono-semantically changed to "sham el-nessim", which means "smelling the breeze" in Arabic.

The occasion was also called "feast of shmo" by some, meaning the revival of life.

Everyone. Sham el-Nessim is one of the very few festivals that is celebrated by Egyptians regardless of their faith, because it predates both Christianity and Islam.

How do people celebrate Sham el-Nessim?

Families and friends welcome the warmer spring weather by meeting for picnics in open spaces, such as gardens and parks, and even by the banks of the Nile.

While picnicking, people often play music and compete in games. One of the most popular songs associated with the occasion is El donya rabee (It’s Springtime) by popular Egyptian actor and singer Soad Hosny, who was known as the “cinderella of Egyptian cinema” when she ascended to stardom in the 1950s. Another popular song is Adi el rabee ad men tany (Here is Spring Once Again) by singer and composer Farid al-Atrash. He was sometimes referred to as the "King of the Oud", as he recorded over 500 songs and starred in over 30 films. He was considered one of the most influential and important figures in 20th-century Arabic music.

Others celebrate the day by visiting zoos or beaches, or one of the many fairgrounds that pop up around the country for the occasion, with slides and rides to entertain children.

Another tradition during Sham el-Nessim is painting and decorating boiled eggs using dye. Typically, families will boil the eggs the night before, and spend the day adorning them with various designs. The use of eggs symbolises rebirth and renewal. Some people choose to write wishes on the eggs and hang them on trees or their houses, in the hopes that they will come true.

What do people eat on Sham el-Nessim?

There are a number of foods quintessentially associated with the holiday. One of the most popular is fisikh - a fermented and heavily salted grey mullet fish. This delicacy is so pungent, most families will not consume it indoors or in their homes.

Every year, warnings are issued by Egypt’s Ministry of Health about food poisoning during Sham el-Nessim. If it is not made carefully, fisikh can be rotten and can cause botulism – reports state that 18 people died from eating it in 1991. Advice issued by officials encourages people to eat fisikh in moderation and inspect it for any signs of contamination or rotting.

The fish is prepared by drying it in the sun, and it is often left in salt from several months to a year before consuming. Although traditionally people made fisikh in their homes, many now buy it ready-made from shops to avoid making their homes smell.

Around the holiday, specialist shops will increase their sales of fisikh, due to high demand for the food. A person that specialises in making the food is called a fasakhani. People often choose to eat the fish with bread, and squeeze lemon juice on it to make it more digestible.

Alongside the fisikh and other types of salted fish such as herring, people will eat spring onions and lettuce. The greens are thought to aid digestion and act as a balance to the high salt levels in the fish.

Many believe that the tradition of consuming fish on the holiday dates back to Pharaonic times, when people would offer the food to their gods in the city of Esna in upper Egypt. The city’s original name, Latopolis, is believed to derive from the word for fish before it is salted.

According to Egyptian legend, the tradition of eating onions originates in an incident where the Pharaoh's daughter was believed to have an incurable disease, and onions were used to help cure her condition. Others say it wards off evil spirits.

For those who can’t stomach fisikh, stuffed vine leaves are a popular option consumed across the Middle East, with various twists made to the dish depending on the region.

A popular snack eaten by Egyptians during Sham el-Nessim is termes - or lupin beans. People snack on these while taking walks by the Nile or a beach, and many enjoy them as a snack while having guests over or watching a film, as an alternative to popcorn.

The street-food snack is usually sold by street vendors and carts across Egypt, and is typically served in paper cones with a dash of lemon and chilli flakes.

To make termes, the lupin beans must first be soaked overnight. After boiling, the beans turn to a bright yellow colour. They are then left in fresh water and topped with salt and lemon juice. To eat them, the outer shell is peeled off, leaving only the bean inside. 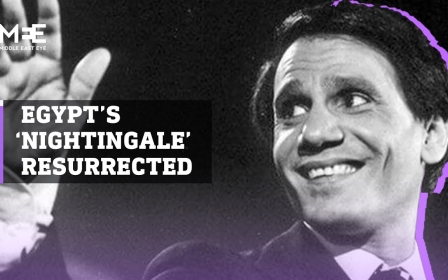 Recipes
How to make stuffed vine leaves from the Levant