World Arabic Language Day: Seven facts that will surprise you 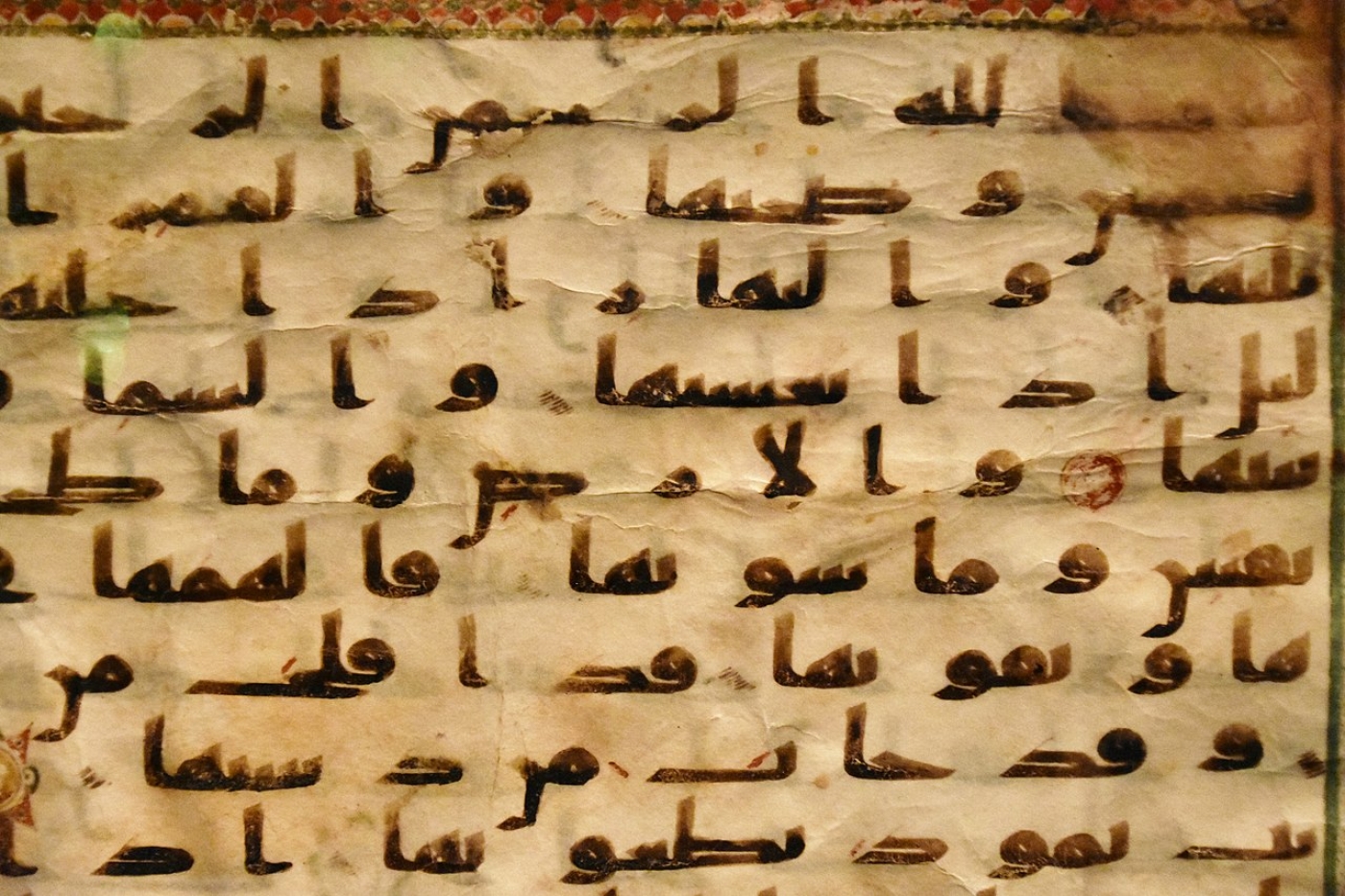 On 18 December the UN will mark World Arabic Language Day to honour the role the language has played in the development of human civilisation.

Spoken by around 400 million people across the globe, the Arabic language in its classical form is also the liturgical language of Islam, the world's second largest religion with at least 1.6 billion adherents.

Marked every year since 2012, the date was chosen based on when the UN General Assembly recognised Arabic as one of the organisation's official languages in 1973.

In a statement released ahead of the occasion, Audrey Azoulay, Unesco’s director-general, said: "Throughout the centuries, Arabic has been at the heart of exchanges between continents and across cultures."

She added the language was "used by so many great poets, thinkers, scientists and scholars".

To mark the occasion, here are some facts about the language, which you may not have known:

1. There's no agreement on how old the language is

Depending on who you ask, the earliest records of Arabic appear as far back as the second millenium BCE, around the eighth-century BCE or as late as the fourth-century BCE.

The reason for the debate is establishing what constitutes the Arabic language as we know it today.

Languages spoken today are evolved versions of languages that were spoken thousands of years ago, but determining at what point a language becomes so distinct from its ancestor that it can no longer be considered the same is up for debate.

Such disagreements are not unique to Arabic; in English, even though it is established that the modern dialect is a descendant of Old English, the two forms are so different it is unlikely a modern speaker would understand all but a few words from the ancestor language.

Classical Arabic, which is almost the same as the Modern Standard Arabic used today, is attested to around 1,500 years ago and is the register in which the Quran, Islam's holy text, is written.

The Nabateans, who lived in an area that today roughly corresponds to Jordan and northern Saudi Arabia, spoke a dialect of Arabic in around the fourth-century BCE.

A 2014 discovery by a French-Saudi-led team unearthed the world’s oldest known inscription written in the Arabic script – "Thawban Ibn Malik" were the three words etched into stone, alongside what is thought to be a Christian cross.

The stone slab was discovered in Najran in ­Saudi Arabia and is said to date from around 470 CE.

The text is thought to be written in an early version of the Arabic script known as Nabataean-Arabic, which evolved from historic Nabataean and Aramaic scripts.

The Nabataean kingdom lasted from around the 4th-century BCE to 106 CE and is famed for the structures Nabataeans carved out of rock formations, such as the one found at Petra in Jordan.

3. Arabic is related to Hebrew and Amharic

The Semitic family includes languages still spoken today, such as Hebrew in Israel and Amharic in Ethiopia, as well as extinct languages that were once widely spoken, such as Akkadian and Phoenician.

Belonging to a language family means that at some point the languages evolved out of a common dialect.

While there are no records of the original language, there are enough similarities between languages such as Arabic and Hebrew to make it clear that their origin is the same.

One of the most notable features of the Semitic languages is the triliteral root system, in which words are formed out of a combination of three consonants.

4. There are dozens of Arabic dialects

Modern Standard Arabic remains a unifying dialect across the Arab world and is used in formal broadcasts, religious sermons and literature, but in day-to-day life Arabs speak a diverse array of dialects.

Sometimes differences between dialects can be so big that two native Arabic speakers cannot communicate without resorting to formal Arabic or a more commonly understood dialect, such as Egyptian or Levantine Arabic.

There are at least 30 Arabic dialects and the differences between any two are generally more stark the more geographically separated they are.

There are many reasons for such dramatic differences in dialects.

As Muslim conquerors took over vast tracts of land between Morocco and Iraq, they encountered people who spoke other languages. As those people interacted with their new rulers, they had an effect on the language the new arrivals spoke.

There are also other factors, such as the influence of subsequent conquests by Turkic and European rulers and the independent evolution of languages separated by geography over long periods of time.

In that sense, the Arabic dialects are similar to the Romance languages, such as French, Spanish and Italian, which developed out of spoken Latin.

Maltese, the national language of Malta, was given official language status when the island joined the European Union in 2004, and is the only Semitic language to have that designation.

The country’s 450,000 natives speak a language that has its roots in Arabic, as it was spoken when the nearby island of Sicily was ruled by North African Muslims.

Although it grew out of North African dialects of Arabic, the Maltese language has taken on a lot of vocabulary from Romance languages, such as Italian, and is considerably distinct from Arabic as it is spoken today.

Nevertheless, the similarities will be obvious to an Arabic speaker. Greetings, such as merhba (welcome) and questions, such as x’jismek? (shi-yismek/what is your name?), will be instantly recognisable to an Arab.

6. Arabic was once spoken as far east as Central Asia

After the founding of Islam, successive Arab empires established control over a territory that spanned from Morocco in the west to the borders of what is now China.

This led to mass movements of people from the interior of the Middle East to areas on the periphery of the Islamic world to work as soldiers, administrators, religious leaders and merchants.

These new migrants brought their language with them and even in areas that did not become fully Arabised, their descendants continued to speak Arabic until very recently.

One such example is in Central Asia, where a variety of Arabic was spoken among some communities until the late 19th-century.

While thought to have numbered in the tens of thousands of speakers in the early Islamic era, today these populations have been assimilated into neighbouring Persian and Turkic-speaking populations.

Many descendants of these Arabic-speaking communities are still aware of their roots despite having forgotten their original language.

7. Arabic loanwords are found in many languages

Alcohol, arsenal, algebra, coffee, gauze, mascarade and safari are just a selection of words used in everyday English that have their roots in Arabic.

Some languages owe more of their vocabulary to Arabic than others. Turkish and Persian were heavily influenced by Arabic due to geographic proximity and conquest by Arab rulers, as well as the movement of Arabic speakers to areas where those languages are spoken.

Those additions are not always welcomed by nationalists in those countries and efforts have been made at various points to remove Arabic influence.

One of the most intense efforts in that regard was by the founder of the Turkish Republic, Mustafa Kemal Ataturk, who began a process of Turkification to replace Arabic words in the Turkish language with Turkic equivalents. 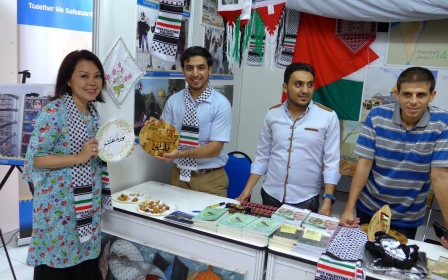 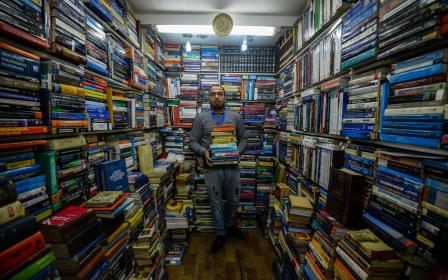 Books
From Babel to Berlin: How Arabic literature can unite the world 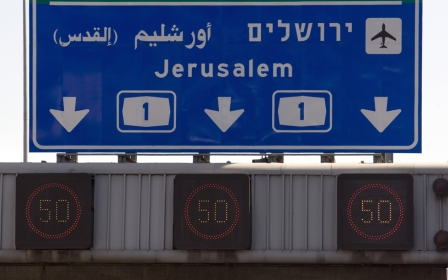