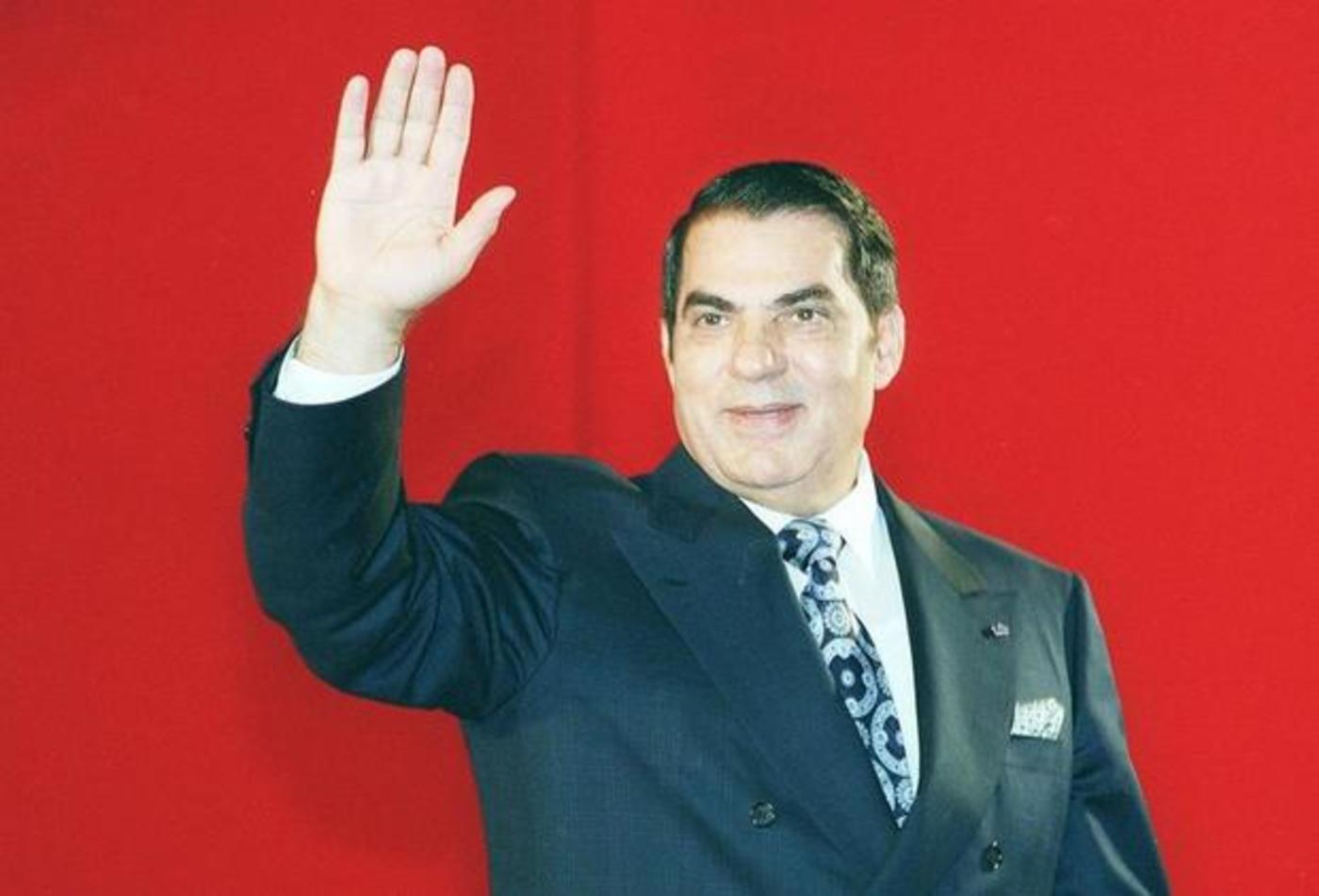 TUNIS – On 14 January 2011, at 4pm, Tunisian aircraft commander Mahmoud Cheikhrouhou, a pilot with over 30 years of experience, received a phone call from Nabil Chettaoui, president of Tunisair, the national airline.

“He said: ‘Get ready, the president is taking a flight for Jeddah’,” Cheikhrouhou told Middle East Eye, speaking at the Forum for National Memory hosted by the Temimi foundation for scientific research in Tunisia.

An hour later, the presidential flight took off from the military airport in al-Aouina with the president on board accompanied by his wife, their six-year-old son Mohamed, their 18-year-old daughter Halima and her fiancé Mehdi Ben Gaied, as well as two “Asian nannies and a butler,” the pilot said.

The fall of Tunisian President Zine el-Abidine Ben Ali was in motion, but the protesters demanding an end to his rule did not know it yet.

'From the outset, the flight plan was clear. We were to fly directly to Jeddah, without stopping off'

Tunisian television announced that Ben Ali would not run for another term in 2014 and that he would hold free legislative elections in the next six months while major protests were planned for that day.

The previous day, he made many promises to the people including political freedom, freedom of speech and uncensored access to the internet, but the protests continued following weeks of clashes with security forces and the killing of at least 100 demonstrators.

Once news of the flight reached the media, many rumours started to spread. French media reported that president Nicolas Sarkozy had rejected Ben Ali's request for exile in France.

Another rumour stated that the flight was going to stop off at Malta so as to seek protection with Libyan leader Muammar Gaddafi. Another stated that he would only seek refuge in Djerba off the coast of southern Tunisia.

But Cheikhrouhou clarified that these rumours were mistaken.

“From the outset, the flight plan was clear. We were to fly directly to Jeddah, without stopping off and by the quickest possible route, flying over Libya and Egypt.”

No tears or sadness

Several hundred metres above the ground, the atmosphere aboard the flight was tense. Ben Ali entered the cockpit just once to check if the pilot had authorisation to fly over Libya and Egypt.

“He wanted to be sure that we had all of the necessary flight authorisations but I didn’t see any tears or sadness on his face,” the pilot recalls.

'I didn’t see any tears or sadness on his face'

At this time, Cheikhrouhou was more concerned by what he could read online regarding the developments in Tunisia, as the presidential flight had an internet connection.

At 6pm, prime minister Mohamed Ghannouchi announced that he would take over as interim president, based on article 56 of the constitution, which allows the prime minister to act as the head of state in the event of any “temporary impediment”.

As the protests on Avenue Bourguiba at the heart of the capital in Tunisia continued to grow, unusually the rain poured heavily on the presidential plane during its flight to Jeddah.

“It was pouring down when the plane arrived in Jeddah. And so beneath the torrential rain Zine el-Abidine, now the former president of Tunisia, was welcomed by officials from the official pavilion at the Royal airport,” Cheikhrouhou said. “Before leaving the plane, he told the crew to 'go and rest, I will call you when we leave'."

At this time, Ben Ali intended to return home. His advisors had convinced the president to seek shelter for his family in Saudi Arabia and to wait for the situation to calm down before returning.

In Tunisia, the family assets had been destroyed by the protesters and 33 members of his family and his wife's family were arrested in January 2011.

After Bin Ali left, the crew stayed at Jeddah airport for a while, following the events back home on television, which made the planned return of Ben Ali to Tunisia look increasingly unlikely.

“The rain was so heavy that the roads had flooded, it was impossible to get to the hotel,” Cheikhrohou remembers. Watching the evolving situation in Tunisia on television and given what they had read on the computer aboard the flight, the crew organised a meeting following which Cheikhrouhou took the decision to call the CEO of Tunisair.

'A captain who abandoned his vessel'

“I asked him if we could return to Tunisia. After having consulted, he gave us the go-ahead.” This was a decisive moment, since by leaving they effectively sealed Ben Ali's exile in Saudi Arabia.

In total, the presidential flight did not stay on the tarmac at Jeddah airport for more than two and a half hours. After arriving at around 1am, it left again in the middle of the night. Even if the final order did not come from him, the request made by Cheikhrouhou to Tunisair to return was decisive – whether positively or negatively – according to several participants of the Forum for National Memory.

To justify his decision, Cheikhrouhou compared Ben Ali to a “captain who abandoned his vessel,” unlike himself.

Upon their return to Tunisia, soldiers entered the plane to ensure that everything was in order and that no member of the "new pariahs" of Tunisia were on board. Cheikhrouhou was not debriefed. It was only later when he stood before the military court that he would be officially questioned for the first time about the momentous day.

Did he know that he had made history on that day?

“It is necessary to take quick decisions in these situations. This is what was done. The plane, belonging to Tunisair, had to return,” the captain answered, adding that he and the crew were happy about their decision to return to Tunisia.

This article was originally published on Middle East Eye’s French page and translated by Stiil.