Reports suggest 100 former army soldiers are already in Yemen and set to take up 'frontline positions' in Aden, with more expected to follow 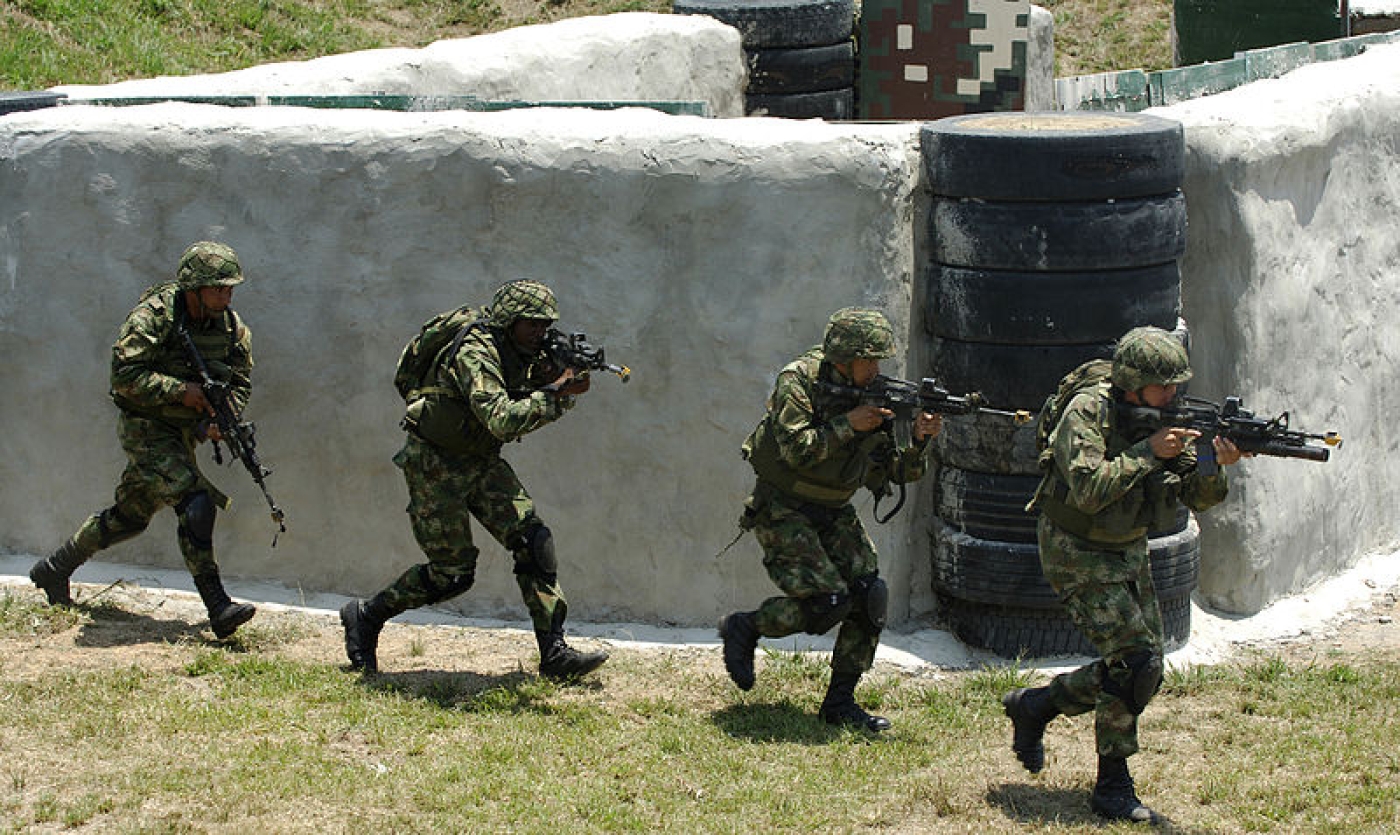 The Saudi-led coalition has contracted hundreds of former Colombian soldiers to fight in Yemen as part of their battle to push back Houthi rebel fighters, according to reports in South America.

The pan-Latin American channel TeleSUR reported on Monday that up to 800 Colombians will “take up frontline positions” in the southern port city of Aden, which is currently the scene of a power battle between coalition forces and rival militant factions separately linked to al-Qaeda in the Arabian Peninsula (AQAP) and the Islamic State (IS) group.

Colombian daily El Tiempo reported that around 100 Colombians had arrived in Yemen in early October, with more soldiers due to follow.

According to a former Colombian army special forces commander, the soldiers are being lured to Yemen by a good salary and better conditions than they endured during years of fighting at home against FARC, the left-wing armed group that battled the Colombian government for decades but announced a ceasefire earlier this year.

“Despite the heat [in Yemen], it is not the same fight [as in Colombia], because there is unrestricted air support, equipment, and new weapons,” the retired officer told El Tiempo. “And there is the certainty that if they (the soldiers) do not return, the future of their families are secured.

“We are called mercenaries, traitors, cowards and opportunists. We are nothing like that. We are men who made a decision in response to the lack of [financial] guarantees [at home].”

Local news site Colombia Reports reported that the mercenaries would be paid $1,000 per week more than at home, for three months of frontline service in Yemen.

A Saudi-led coalition of Arab states launched an air campaign against Houthi rebels and their allies in late March to support President Abd Rabbuh Mansour Hadi.

In September last year the Houthis descended from their northern mountain stronghold of Saada and took control of Sanaa, the capital, eventually forcing President Hadi into exile in Saudi Arabia.

Riyadh is directing the air campaign against the Houthis but it is the UAE which appears to be leading coalition efforts on the ground, where the Colombians will be deployed to support operations to seize control of territory from a variety of different groups.

It is not clear which of the Arab Gulf States has contracted the Colombian mercenaries. TeleSUR reported that it was Saudi Arabia, however, Colombia Reports said that mercenaries who completed their contract would be "granted instant citizenship to the UAE".

The UAE has a history of recruiting soldiers from the South American country. It emerged in 2013 that top Colombian soldiers had joined a US-led mercenary army in the UAE under the command of Abu Dhabi Crown Prince Mohammed bin Zayed al-Nahyan.

The New York Times revealed in 2011 that the mercenary army was set up by Erik Prince, the wealthy founder of controversial security firm Blackwater. Prince was given $529m to set up the UAE’s Reflex Responses force, which was charged with, among other duties, undertaking “anti-terrorism operations”.

The force has its own air and navy force, as well as an 800-man private army, staffed at least in part by Colombians who were initially smuggled into the UAE posed as construction workers.

Prince sold Blackwater to a group of investors in 2010 after a series of controversies involving his mercenaries, including in Iraq, where they were accused of wantonly killing civilians.

Analysts have previously commented that Arab Gulf states favour Colombian mercenaries because of their experience fighting FARC and because their salaries are lower than Western counterparts.