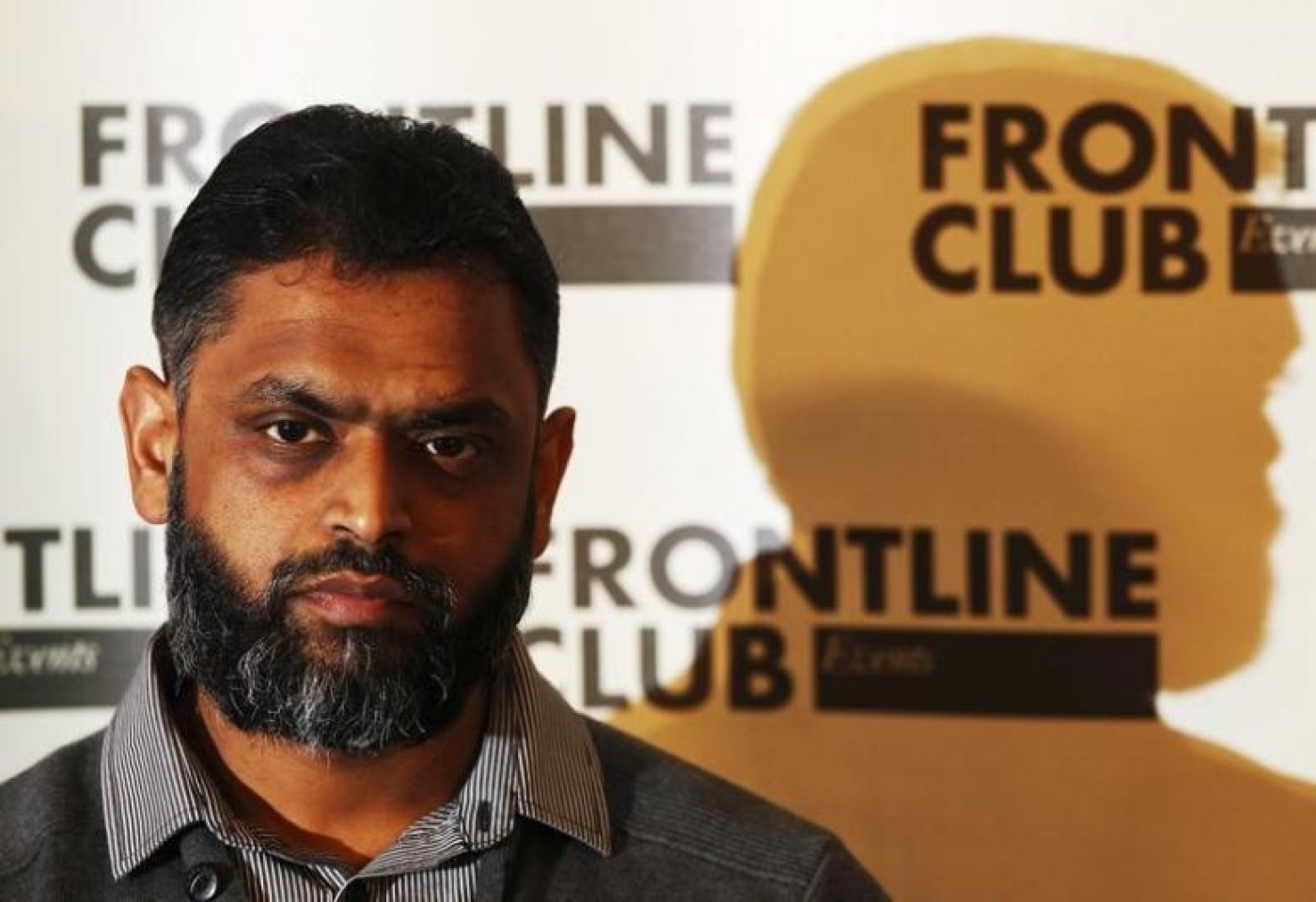 Moazzam Begg, a former Guantanamo detainee and prominent human rights campaigner, is named in a university Prevent training presentation intended to advise staff how they should "manage" an event on campus "at which extremist views may be represented", Middle East Eye can reveal.

A case study included in the presentation poses the question of whether a speaker from Cage, the advocacy organisation of which Begg is a director, should be allowed to speak on campus.

Accompanying trainer notes state that Cage and Begg are highlighted because of their campaigning in opposition to Prevent itself, which is cited in the presentation in a “list of views that may be regarded as extremist but are not illegal”.

MEE last week highlighted how the same presentation listed topics including support for Palestine and criticism of western foreign policy in the Middle East among issues that needed to be "risk-assessed and managed".

While the presentation advises that a Cage representative should be allowed to speak "with appropriate mitigations in place", those who choose the answer "Yes - we must support free speech" are told that such a view is "incorrect".

The creators of the presentation, which is hosted on the Safe Campus Communities website, say that it is intended to uphold freedom of speech by encouraging universities to ensure that "topics that may be seen as controversial" could be "debated in a safe environment".

But Begg told MEE that it was indicative of a "securitisation" of campuses since the introduction in 2015 of the Prevent Duty, which requires university staff to monitor students vulnerable to being drawn into terrorism.

He said that Islamic societies and Muslim students were also being subjected to disproportionate vetting procedures being rolled out at universities across the country that were undermining free speech and causing fear and confusion. 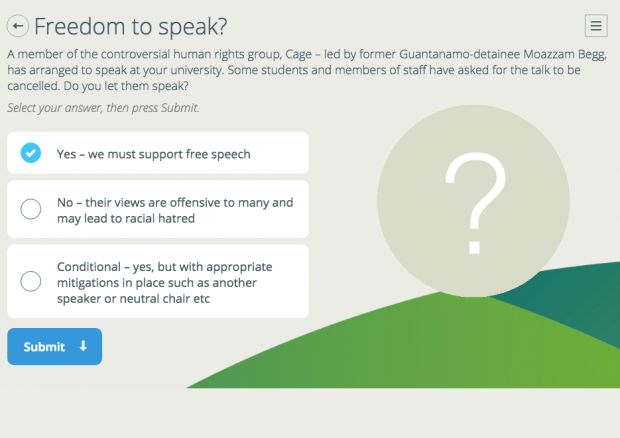 Begg said he was now regularly required to give at least a month’s notice before speaking at universities and was now categorised as a “high-risk speaker” which might require student societies to put extra security measures in place and limit attendance to students only.

“This has only happened since the Prevent Duty was implemented. Up until 2015 maybe one or two out of hundreds of university invites were cancelled,” he told MEE.

He also said that the conditions imposed on an event at which he was due to speak often varied according to who had invited him.

“The Islamic societies, when they invite any Muslim speakers they have to go through a disproportionate vetting process. I was invited to one university to speak to the Amnesty society and there were no problems.

"I was invited by the Islamic society to do essentially the same talk and the spots and checks and scrutiny that they faced was shocking. Some universities are more stringent than others but this is happening across the board.” 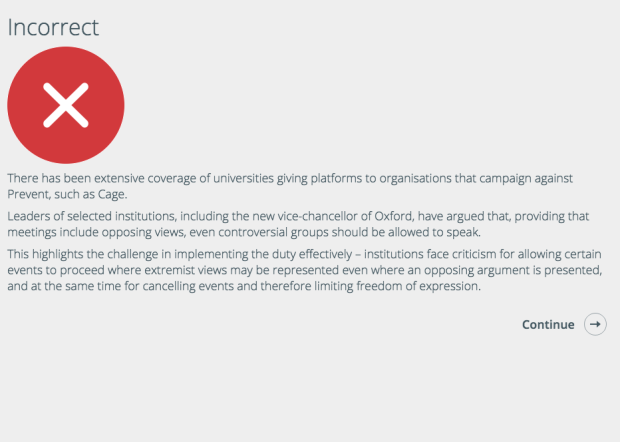 The Prevent Duty, part of the government’s Prevent counter-terrorism strategy, requires university staff and other public sector workers to "have due regard to the need to prevent people from being drawn into terrorism".

“I don’t think anyone within academia is happy about Prevent at all,” said Begg, who regularly featured on panels of speakers last year as part of the “Students Not Suspects” anti-Prevent campaign backed by the National Union of Students and the University and College Union (UCU), which represent more than 100,000 university staff.

“There has never been such a mechanism, such confusion and such fear as there has been since the implementation of the Counter-Terrorism and Security Act [in 2015 which introduced the Prevent Duty for public sector workers]. The level of fear, the securitisation of the universities is something that we as a nation should be very sad about.”

Yusuf Hasan, vice-president for student affairs at the Federation of Student Islamic Societies, told MEE that Begg’s concerns were shared by many Islamic societies around the country.

“If the politics society wants to do an event they could put their speakers form in or book their rooms a couple of days before and it would be completely fine, whereas the vast majority of Islamic societies will be required to put their form in up to four weeks before an event,” said Hasan.

“It is deeply unfair and disproportionate, and deeply concerning.”

He cited a case in which an Islamic society at a London university had been required to fulfil a long list of conditions in order to stage an event intended to challenge myths surrounding Islam and raise awareness about Islamophobia.

Conditions included the attendance of the chair of the student union and university officials to ensure that the event was not gender segregated; the talk had to be in English with excerpts from the Quran translated in case anything extremist was mentioned; extra security had to be put in place at the society's expense; students attending the talk had to present their identification cards at the door; and members of other societies had to be invited to attend to challenge the speaker.

“Being an Islamic society president can often be a job in itself just dealing with the bureaucracy. These are things that most full-time event coordinators would find hard, let alone students also trying to do degrees at the same time,” said Hasan.

Concerns about the limits on freedom of speech on campuses have also been cited this week following the cancellation and postponement of several events organised by student Palestinian societies as part of the global Israeli Apartheid Week campaign.

In a letter published in the Guardian newspaper on Tuesday, 243 academics highlighted a letter written by Jo Johnson, the government minister responsible for higher education, encouraging universities to be watchful for anti-Semitism in relation to Israeli Apartheid Week events this week.

“These are outrageous interferences with free expression, and are direct attacks on academic freedom,” the letter said. “It is with disbelief that we witness explicit political interference in university affairs in the interests of Israel under the thin disguise of concern about anti-Semitism.”

Begg and Cage, which describes itself as “an independent advocacy organisation working to empower communities impacted by the War on Terror”, have previously been accused of promoting extremism by the government and its supporters.

In 2015, then-prime minister David Cameron said that Cage had told people to “support the jihad in Iraq and Afghanistan” in a speech setting out the government’s counter-extremism strategy. Cage called the remarks “simply false” and said it was seeking legal advice.

Cage and Begg were also named last month in an article about Islamist extremism by government-backed counter-extremism campaigner Sara Khan published by Hope Not Hate, an organisation which monitors hate groups in the UK.

Cage said in response that the article was “a government-sponsored smear directed at dissenting Muslim individuals and organisations. The tactic to smear by association cheaply disguises the reality of how Cage operates. Cage has always defended principles, regardless of people, in accordance with the rule of law”.

The presentation describes Cage as a "controversial human rights group" and says: "There has been extensive coverage of universities giving platforms to organisations which campaign against Prevent, most notably Cage.

"This highlights the challenge of implementing the [Prevent] duty effectively - institutions face criticism for allowing certain events to proceed where extremist views may be represented even where an opposing argument is presented, and at the same time for cancelling events and therefore limiting freedom of expression."

Begg said he rejected the idea that opposing government policy could be regarded as an extremist position.

“I refuse to accept any notion that challenging any government policy is somehow regarded as extreme. And even if that is the case then the trajectory, according to the government, is that once you are extreme you are only one step way from being violent and extreme, which is a huge stretch which we have to reject completely.

“Our opponents assert that CAGE’s views should not go unchallenged on university campus. We’ve always been prepared to debate anyone who’d like to argue in favour of the raft of anti-terror measures that have targeted Muslims since the outset of the war on terror, beginning with kidnap, false imprisonment and torture. Effectively, this means Prevent would open a public platform to a war crimes apologist.”

In a statement, the Higher Education Funding Council England (HEFCE), which is responsible for overseeing the implementation of Prevent in universities, said that the case study mentioning Begg was included to demonstrate how universities could “effectively mitigate risks to enable events that may have been assessed as higher risk to go ahead”.

“The slide that refers to Moazzam Begg and Cage is included in the section about freedom of speech. We would not normally expect any provider to answer that they would cancel the event; rather, consideration should be given to how it can be allowed to go ahead by mitigating any identified risks, so balancing responsibilities under the Prevent Duty with upholding the principle and commitment to free speech.” HEFCE said in a statement.

A spokesperson for Universities UK said: "Universities have a difficult balancing act between protecting students from abuse or intolerance, while also allowing legitimate protest and free speech within the law. This is particularly relevant when Israel and Palestine are being discussed.

"All universities have protocols and procedures that have to be satisfied before external speakers are given the green light to speak at a campus event. Universities must continue to be places where controversial subjects can be discussed openly, and flawed or dangerous ideas challenged.” 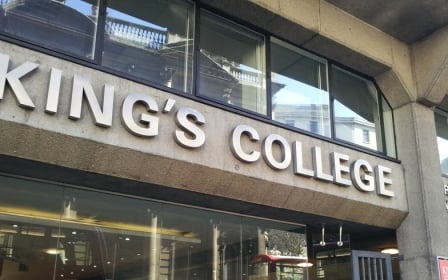 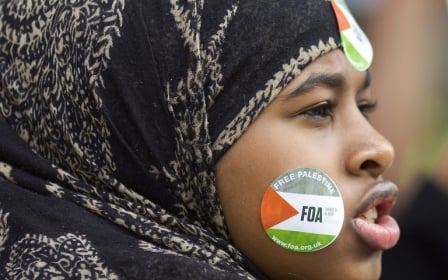