Saudi Foreign Minister Adel al-Jubeir speaks during the Manama Dialogue Security Summit (AFP)
Par
MEE and agencies
Saudi Foreign Minister Adel al-Jubeir has held talks in Oman, a traditional mediator in the region, on the conflicts in Syria and Yemen where Riyadh has taken sides.
Jubeir and his Omani counterpart Yussef bin Alawi reviewed "the situation in Syria and Yemen and means of strengthening cooperation" among the six Arab states in the Gulf, the Saudi foreign minister said late on Thursday after their meeting in Muscat.
He told Oman's ONA news agency that "the view is one" between Saudi Arabia and Oman on "all the matters discussed today".
Unlike its Gulf neighbours, Oman maintains good ties with Iran - a key backer of Syrian President Bashar al-Assad.
It is also the region's only Arab monarchy not to have cut ties with Damascus.
Saudi Arabia has taken an active role, supplying arms to anti-Assad rebel groups and leading an Arab coalition battling rebels in Yemen.
Alawi, for his part, said the sultanate was "exerting diplomatic efforts to find a peaceful solution in Syria and Yemen".
Oman is seeking through "calm diplomacy... rapprochement among all parties to achieve long-lasting political solutions," Alawi, who met Assad in Damascus last month, told ONA.
He said Riyadh and Muscat had "shared goals" on regional conflicts and "agreed to look forward and break from the past concerning regional issues".
His visit to Damascus had been "necessary," Alawi said, adding that the meeting with Jubeir had been scheduled before his talks with Assad.
Historically, Oman and Saudi Arabia have not always seen eye to eye on regional issues, with Oman resisting moves to cede powers to the Saudi-dominated Gulf Cooperation Council.
Oman's discreet diplomacy has contributed to several breakthroughs this year, including the release in August of a French hostage held in Yemen and Iran's nuclear deal with world powers in July.
The sultanate has also hosted closed-door meetings between Yemeni rebel leaders and US officials. 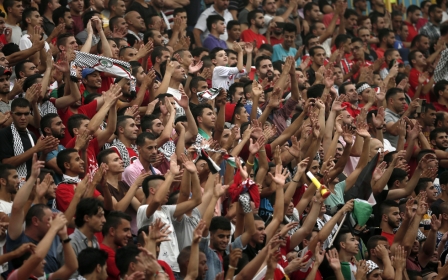