Dr Burhan al-Chalabi
The UK has failed to pursue its own interests due to allegiance to US foreign policy. It's time for a change, but not the one Eurosceptics want 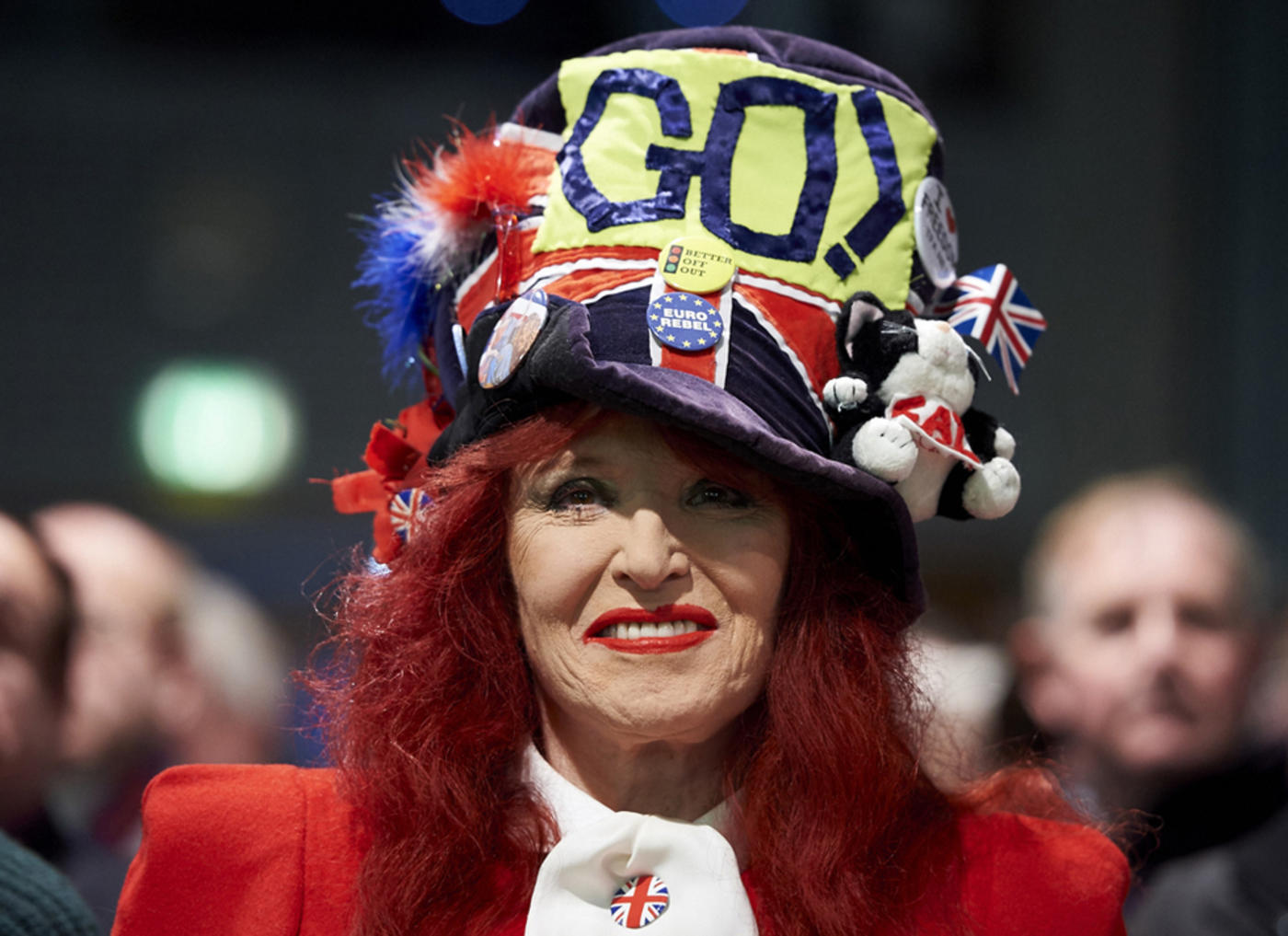 On 23 June 2016, the United Kingdom will ask the British public whether it wants to leave or stay in the European Union.

This is the wrong question, as membership of the EU reinforces a perceived disadvantage to the UK by Eurosceptics. The question should be: "Does Europe need the UK?"

This question embraces the economic and security advantages to all European countries in the single market union.

To date, no valid economic case, supported by facts and figures, has been made by critics to justify an exit.

Current UK exports to the EU are worth £187bn a year, making some three million jobs dependent on the EU. This export revenue could rise to £277bn by 2030 and European markets for transport, energy and digital services combined with global trade deals could add £58bn a year, which would increase the GDP by 2.8 percent.

This increase in the GDP could deliver 300,000 additional jobs by 2020, with 790,000 more by 2030, according to a study, The Impact of the UK Being in the Single Market, by the Centre for Economic and Business Research.

Current employment security and the potential for job growth cannot be replaced overnight with trade deals with other nations. There is no political or economic justification for it. Also, neither the UK nor the EU has a coherent economic plan B for the partial or total break-up of the European Union.

The case to leave Europe promoted by sceptics has, so far, been entirely based on nostalgia. These emotions are completely irrelevant. Sovereignty is being wrongfully exploited to undermine British and EU interests and national security.

Today the UK faces different challenges to those faced during last century's world wars. Terrorism and young people turning to al-Qaeda and the Islamic State group are among the most pressing challenges of this century.

The rise of these threats has been caused by the consequences of US military intervention in Iraq, Libya and currently Syria. The influx of refugees from North Africa and the Middle East and other challenges can only be successfully confronted collectively with the UK as an integral part of Europe.

In this context, there is a strong case to coin the phrase “the UK's special relationship with Europe”.

The conflicts of the 20th century led the UK to cultivate a special relationship with the US - a relationship centred on shared histories and values as well as common ancestral and religious roots, one that after two world wars has become the cornerstone of British foreign policy.

But this relationship is fundamentally flawed, and it does not really serve the UK's interests as it once did. The UK continues to lose political credibility from being known in the councils of the world as "Washington's poodle".

Therefore, if the UK reaffirms its European credentials, it would gain a little more independence of mind and a greater readiness to "play its politics" as a part of Europe.

Since the collapse of the Soviet Union, the UK's only visible foreign policy has been to support US action abroad. In the Middle East, in particular, the US continues to destabilise the region through intervention and regime change in pursuit of its objectives to create a "New World Order," as part of a project for the "New American Century".

As well as being detrimental to Arab interests and national security, US foreign policy has left the Middle East weak, divided along sectarian lines and in danger of losing its Arab identity. It has also created the platform to relentlessly demonise Islam and associate the faith with terrorism. In all of this, the UK has been a complicit and unquestioning partner.

While the UK might benefit from privileged access to US intelligence and weapons, it is a privilege that has certainly cost the UK much in terms of its independence in foreign and defence policy.

Many suspect that the UK has failed to pursue its own interests effectively because of its allegiance to the US. In adhering to US policies around the globe, it has forsaken old friends and old relationships.

Therefore, at some stage, the UK needs to assess the cost of maintaining such a relationship. There must be a threshold beyond which the UK cannot continue to sacrifice its national interest in pursuit of this special relationship.

The choice becomes harder when an alternative option of being European will offer the same political and economic attractions.

This status quo is borne out in the Middle East where the UK has, in its uncritical deference to the US, sacrificed British trading, commercial and diplomatic benefits with countries like Libya, Iran, Iraq, Sudan and Afghanistan. The UK is not at war with these countries, and none has any quarrel with the UK. Yet its support of US foreign policies still adds a veneer of prestige to US intervention.

Thus, it is not unrealistic to assume that at some time American interests may become incompatible with those of the British.

In today’s global political environment, the only sound case to protect the UK's interest and national security is that Europe needs the UK as much as it needs Europe. At a time when Europe is facing extreme political and economic difficulties, the idea of one of the most successful economies leaving the EU will politically be judged as dishonourable as well as being economically disastrous for all parties concerned.

Liberated from its moral commitment to blindly support US foreign policy, the UK in Europe will have the opportunity to promote a common policy of political stability and trade, a policy based on the exchange of energy for technology for the mutual benefit of Europe as well as its neighbours in the Middle East.

The undoubted political and economic advantages of the UK remaining in the EU also ensures that messianic, crusader fantasists will never again be able to wreak death and destruction on innocent people in the name of the British people.

-Dr Burhan al-Chalabi, FRSA (Fellow of the Royal Society of Arts), is the former chairman of the British Iraqi Foundation, and the publisher of  The London Magazine.

Photo: A pro-Brexit campaigner smiles at a public meeting in London on 19 February, 2016 (AFP). 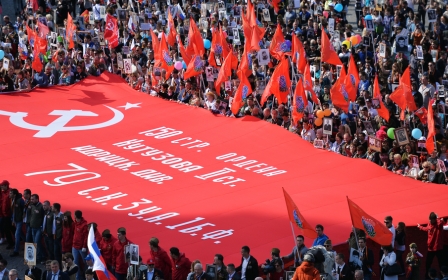 Refugees
Bring on the refugee crisis in Europe: The Middle East needs it
Hafsa Kara-Mustapha 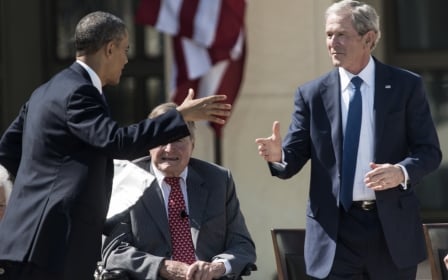