Analysts say that Gaza has bled too much to accept an easy truce with Israel, but fear this will usher in a "horrendous tragedy" that will further compound Palestinian suffering Israel is pulling out of talks in Cairo on extending a truce with Hamas after a 72-hour ceasefire ended and violence resumed on Friday, an official said.

"Israel will not negotiate under fire," the official said on condition of anonymity, noting Israel had informed Egypt of its willingness to extend the truce by another three days before "Hamas breached the ceasefire".

Middle East Eye asked experts what will be the next stages of the conflict: The hope that a 72-hour truce in hostilities between Israel and the Hamas would lead to a more permanent ceasefire collapsed with a barrage of rockets fired from Gaza at Israel today, and was followed by Israeli air strikes in retaliation. Even more worrying was that the negotiations in Cairo between the two came to an abrupt end with no agreement or even progress in sight.

From the beginning of this war the decision makers in Jerusalem and Gaza should have known, considering past experiences, that by the end of it neither of the sides would cave in to the others demands, or achieve any decisive military result. The longer it continued, the more entrenched both sides became in their initial positions. The price that both sides paid in this conflict in terms of casualties, destruction, deterrence and international reputation, forces them to harden their positions in the negotiations in order to justify the heavy costs of war.

For the more sober observer, there is only one conclusion. Violence can achieve very little in this conflict. Only a genuine political process that addresses the root causes of this conflict and resolves it in a manner which provides security and rights to everyone will reduce the motivation for war and marginalise the extremists from both camps. For the Israeli public a ceasefire means they can return to living normal lives and pretending the occupation and the siege of Gaza don’t exist. For the Palestinians in Gaza, it will mean the suspension of their lives within the pit of misery.

Time is a torture weapon for the Palestinians in Gaza. With hundreds of thousands displaced, essential civilian infrastructure destroyed and the entire population of 1.8 million suffering severe electrical, water and medical shortages, ceasefire or not, every single minute that passes under siege is an act of brutal war and aggression.

There is widespread consensus amongst all Palestinians now that if the siege isn’t lifted, the Palestinian armed groups with the support of the population will return to armed resistance.

Israel insists on its demand to demilitarize Palestinian factions. But Palestinians are convinced they need to be able to protect themselves.  No one has intervened as Israel pounded Gaza with Canons, tanks and F16s.  The only ones that stood up to the assault were the armed Palestinian groups who were able to push back the world’s fourth most powerful army.

Convincing Palestinian resistance to surrender their weapons now is likely to be met with rejection not just from the militant groups but the general Palestinian public.

Moving forward, the only break to this impasse is likely to happen if Egypt stepped up to the plate and agreed to open the Rafah crossing and if other significant players demanded that Israel live up to its obligations under International Humanitarian law or face sanctions.

If the Palestinian team returns from Cairo without achieving at minimum an end to the siege, Palestinians will be left with only one option and that is a return to armed resistance which will be a horrendous tragedy that will further compound Palestinian suffering.  We have heard from many in Gaza this past month a repetition of the same phrase:  we want to live free or die here.

Jonathan Cook, a British journalist based in Nazareth since 2001, is the the author of three books on the Israeli-Palestinian conflict The overlooked story in Israel’s attack on Gaza is Hamas’ remarkable military achievements. Its fighters used a network of tunnels to ambush Israeli soldiers, killing more than 60 of them – half the number of fatalities inflicted on Israel in Lebanon in 2006 by Hizbullah, a much better equipped force. Hamas even launched a daring raid on a military post inside Israel, killing five soldiers.

It also continued to fire rockets into Israeli cities throughout the fighting, even briefly shutting down Israel’s only international airport. The damage to Israel’s economy is estimated at some $4.5 billion so far.

Faced with Hamas’s stiff resistance, Israel was effectively beaten by the clock. The US and European states can only turn a blind for so long to killing on the scale Israel inflicted on Gaza’s civilians. Benjamin Netanyahu also lost his stomach for a deeper ground invasion, one in which the costs in soldiers’ lives was sure to rise.

Hamas has achieved too much, and Gaza paid too high a price, for it not to insist on the realisation of the one demand that unites everyone in the enclave: an end to Israel’s stifling blockade.

But Israel’s military humiliation means it cannot afford to let Hamas regroup and hone its skills. Israel’s new watchword for Gaza is “demilitarisation”, to keep out all materials that could assist Hamas in the next confrontation.

The current or future talks will have to find a way out of this impasse. The temptation for both sides will be to use long-range blows – rockets from Hamas, shelling and air strikes from Israel – to step up the pressure on the other for a deal, as we saw happen as soon the ceasefire deadline expired this morning.

Ironically, the solution for Netanyahu may be provided by Hamas’ recent agreement to a reconciliation with the Fatah party of Mahmoud Abbas. It was their unity government that Netanyahu has been trying to disrupt with his attacks on Hamas in the West Bank and Gaza.

He can agree to an easing of the blockade, giving Hamas a partial victory, but only on condition that Fatah and Abbas return to police Gaza. Then Netanyahu can turn the screws on Abbas to demilitarise Gaza on Israel’s behalf.

The sheer use of the word 'ceasefire' is insulting. It depicts an artificial symmetry that the Palestinians have fell for, even though reality on the ground is totally contrary.

For a fragile, non-representative, Palestinian unity delegation to be engaged in 'ceasefire' negotiations with their military occupier (it means little if done directly or through intermediaries) sets up Palestinians for an Oslo-like phase, where, no matter what is agreed, the Palestinian side will be signing away rights that have been stripped from them by Israel for decades.

These rights, first among them protection, should be secured by Third States under their obligations toward the Fourth Geneva Convention, without the need for 'resistance' or 'ceasefire' talks.

A 'ceasefire' simply reinforces the false impression that there is some hint of symmetry between Palestine and Israel. There is not! Furthermore, to be conducting these 'ceasefire' talks in the capital of a country that participates in the siege of the Gaza Strip should be an embarrassment to every member of the Palestinian negotiating team, first among them Hamas. 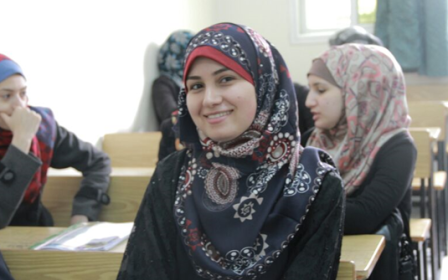