ANALYSIS: What does a Turkish-Saudi alliance say about Middle East conflicts? 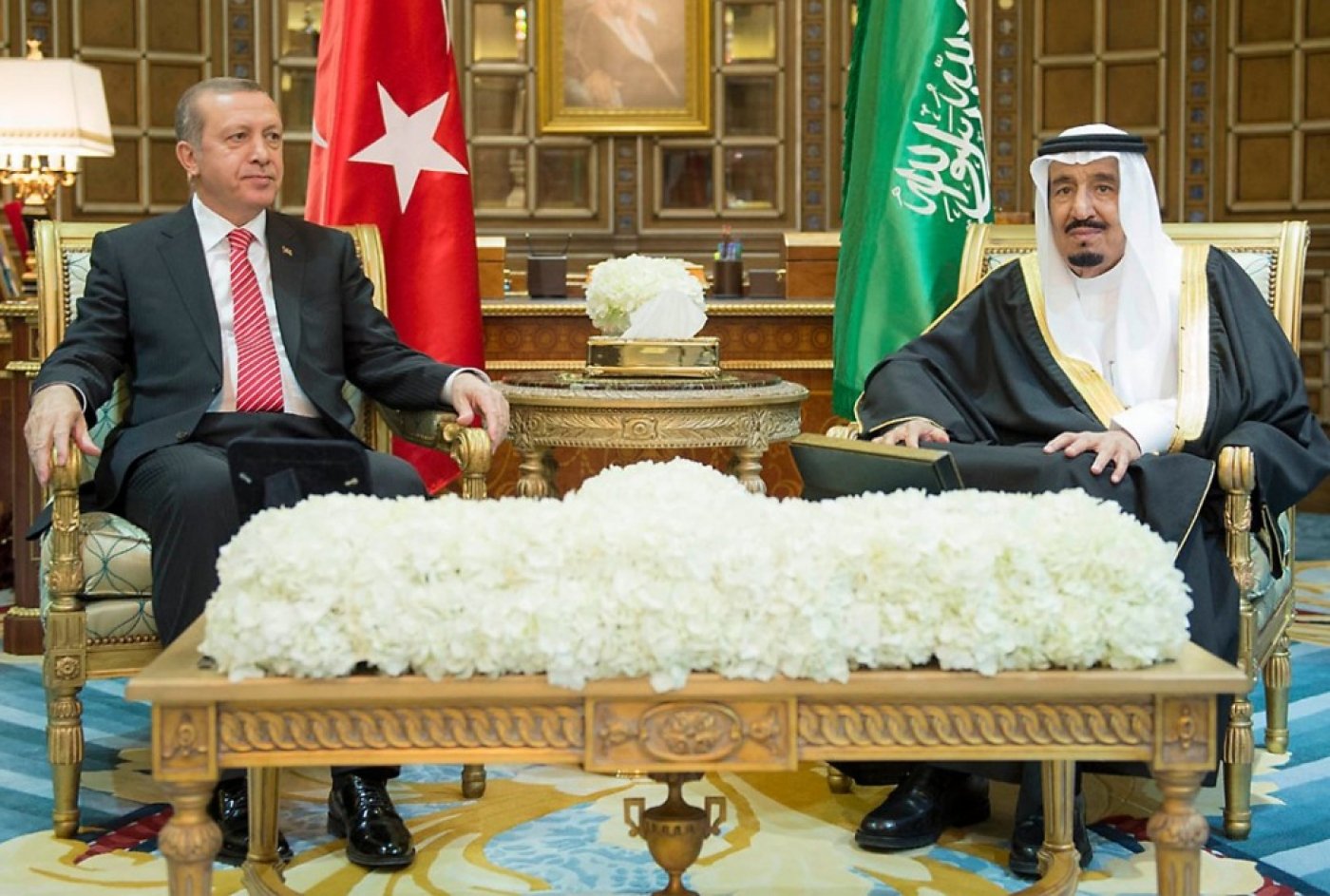 ISTANBUL, Turkey - The dynastic reshuffle in Saudi Arabia in the early days of 2015 unleashed a more interventionist kingdom during the first half of the year. A hostile counterbalancing attitude towards Iran, military intervention in Yemen, increasing engagement in the proxy war in Syria and a less embracing attitude towards Abdel Fattah al-Sisi's Egypt were the hallmarks of the first five months of King Salman bin Abdulaziz's reign.

On the Turkish and Egyptian side, when President Recep Tayyip Erdogan and his Egyptian counterpart Sisi paid separate official visits to Saudi Arabia on successive days in February, Erdogan signalled a potential for reconciliation with Egypt. "Egypt, Saudi Arabia and Turkey - this trio - are the most important countries of the region. We all have duties to carry on for the peace, calm and welfare of the region," he told reporters.

Since the coup in the summer of 2013, relations between Turkey and Egypt were frozen due to the toppling of the country's first elected president, Mohammed Morsi, and Turkey's amicable relations with Egypt went down the drain. The prime minister of the day, Erdogan, strongly rebuked the Egyptian military and recalled its ambassador.

Since Saudi King Abdullah's death, however, it appears that a multi-dimensional equation is at play. While Saudi Arabia - a country that is well cognisant of the Iranian influence on the Shiites in the region - is now actively working to counterbalance Iran under the leadership of King Salman, Turkey is the first and most influential regional power that would let this happen.

"The Saudis, well aware of Iran's influence on the Shiites and other non-Sunni Muslims, want to pull in Turkey and Egypt to the bloc they want to form. Yes, that's right - they want to make use of the vast Sunni population of Turkey, an ... [early] member of the Council of Europe, a member of NATO and a candidate for European Union [membership]," Murat Yetkin wrote in his daily Radikal column in March. "Saudis want to attract Egypt and Turkey to this anti-Iran front."

Although it is evident that the new Saudi administration under King Salman's rule has adopted a proactive foreign policy, the circumstances that brought Turkey on board the Sunni alliance should not be understated.

Fed-up with the international community's sole focus on the Islamic State (IS) group's gains in Iraq and Syria, and their unwillingness to tackle the Assad regime, Turkey has long been campaigning to initiate an assault on the Syrian president for an eventual regime change.

Pushed into isolation since the conflict-turned-civil-war in Syria, Turkey sought its NATO allies' support to launch attacks on the Assad government. Far from becoming a reality, the international coalition opted to fight IS instead, leaving Turkey alone in its campaign to eliminate Assad.

While the support for the "moderate" Syrian rebels gathered momentum over the past months, thanks to the train-and-equip programme coordinated by Turkey, the US, Saudi Arabia, Jordan and Qatar, the northern neighbour of Syria also allegedly developed its own means to tackle the Syrian administration.

Under these circumstances, the Sunni bloc that the Saudis are seeking came into existence on multiple platforms. The growing reach and influence of Iran, fear of which sparked the Saudi intervention in Yemen, has kept Salman busy forging a new alliance in the region with the help of Turkey.

Meanwhile, it offered Turkey a deeper engagement opportunity in supporting anti-Assad elements on the ground, especially sending weapons and ammunition to favoured factions in Syria. Some reports claim that Saudis and Turks forged an alliance to go further with direct air strikes against Assad's army positions and even planned for the deployment of ground troops.

Ahead of the 7 June general elections in Turkey, such an operation is far from becoming reality aspublic opinion in the country is strongly against any type of military intervention in Syria. According to a survey that was conducted in late 2014, more than 60 percent of the Turkish population opposes military intervention in Syria, even as a part of a US or NATO-backed coalition force.

The Turkish government's anti-Assad discourse is not a secret, but its clandestine attempts to support some of the armed factions in Syria could not be kept entirely in the dark. For some time, allegations of Turkey's role in supporting al-Qaeda affiliates, especially the al-Nusra Front, pushed the Turkish government onto the defensive, but they adamantly denied those allegations.

A big story - with domestic repercussions - has been keeping Turkish public opinion busy since January 2015. When trucks belonging to Turkey's National Intelligence Organisation (MIT) were stopped by the local gendarmerie, and soldiers revealed the cargo full of arms and ammunition, the Justice and Development Party (AKP) government was accused of sending weapons to the hardline rebels in Syria.

The arrests of military personnel in the aftermath and the government's tendency to conceal and cover up the "combustible issues" raised suspicions, but was turned into another crack at the Gulenists by the AKP. Led by the government's former ally, Turkish Muslim cleric Fethullah Gulen, the elements of this loose organisation are, according to government sources, allegedly orchestrating dissent against the AKP.

On 29 May, Turkish Cumhuriyet daily published leaked documents on the contents of the MIT trucks, confirming reports that the cargo was in fact weapons and ammunition destined for Syria.

Against the backdrop of increasing cooperation between Turkey and Saudi Arabia, and intertwining objectives, some analysts underline the rationality of this rapprochement as a win-win situation.

According to Oytun Orhan, a researcher at the Ankara-based think tank Centre for Middle Eastern Strategic Studies (ORSAM), the Saudis have finally come to realise that the kingdom can no longer tackle long-standing issues with old methods.

"Iran acquired tactical superiority against Saudi Arabia in the region through its proxies in Iraq, Syria and Lebanon," Orhan recently wrote. "[Against Iran] Yemen, was the first testing ground, and beyond the financial support, the Saudis now undertook the role of military leadership."

Realigning Saudi foreign policy is not reserved to its proxy engagement against Iran. Sisi's Egypt and their anti-Muslim Brotherhood efforts are no longer the main driving force behind the Saudi support to this country. Observers note that newly appointed Crown Prince Muhammad bin Nayef and King Salman's Egypt vision differs significantly to that of their predecessors.

According to Abdullah Aydogan Kalabalik, the Cairo representative of Ankara-based think-tank SETA, the main danger in the region for Saudi Arabia is now Iran, not the Muslim Brotherhood. "The Houthi advancement in Yemen culminated [in] the Iranian threat for the Saudis and that was reflected in the changing priorities when treating Egypt," Kalabalik argued.

"The new administration in Saudi Arabia supports the Yemeni offshoot of the Muslim Brotherhood against Iranian-backed Houthis. It is for this reason that the Saudi foreign ministry is already revising its relations with the Turkey-Qatar axis."

Kalabalik further argued that the Turkish-Saudi relations would continue to improve, but warned that the kingdom would not form this anti-Shiite alliance at the expense of losing a strategic ally like Egypt. In other words, although Turkey is not signalling a potential reconciliation with Sisi's Egypt anytime soon, Saudi Arabia would not soften its stance against the Brotherhood.

Turkey-Egypt reconciliation in the long run could be a prospect, but in the meantime, Turkish support for the Saudi operation in Yemen and Saudi's backing of Turkey in Syria appear to be the skeleton of the anti-Shiite alliance.

However, according to some Turkish foreign policy analysts, the anti-Shiite bloc could be a slippery ground for Turkey. For Al-Monitor columnist Semih Idiz, Erdogan's mixed reactions towards Iran regarding the sectarian strife in the region and his initial support to the Saudis in Yemen is confusing.

"It is noteworthy that Erdogan has been trying recently to actively distance himself from any suggestion that he harbours Sunni sympathies against Shiites," Idiz said.

"This approach contrasts with his affront against Iran not so long ago, when he accused Tehran of vying for regional dominance, and pledged diplomatic and logistical support to the Saudi-led operations against Houthi rebels in Yemen that are backed by Iran."

Being a part of this anti-Iran front, according to daily Radikal's Murat Yetkin, is against the principle of the Turkish state's "peace at home, peace in the world" motto. Yetkin argued that Turkey's long-standing peace with Iran should not be undermined, as the two countries have been sharing an undisputed border since 1639.

The formation of a Saudi-Turkish - and potentially Turkish-Egyptian - alliance could be something that Sunni Arabs, Israel and the US wants, but its effects on Turkey's relations with Iran could have serious repercussions as Turkey has much more complex and deeper relations with its eastern neighbour compared to the other parties of the alliance. 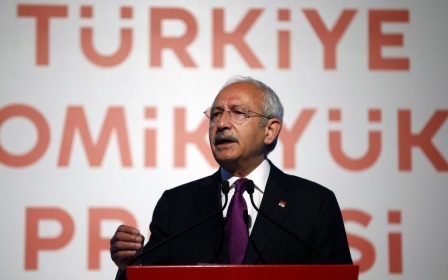 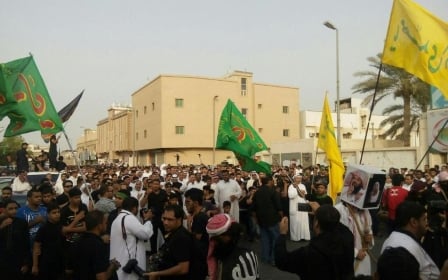