Meanwhile, an Emirati TV channel dismisses 80 Egyptian workers, and Palestinian citizens of Israel question official statistics on who is affected by Covid-19 Egyptian security forces have launched a new arrest campaign against activists in various cities, ignoring calls for the release of detainees made by international human rights organisations due to the fear of spreading the novel coronavirus in overcrowded prisons, according to London-based Al-Araby Al-Jadeed newspaper.

The Egyptian Coordination for Rights and Freedoms, a civil society organisation operating in Egypt, said that security forces in the Kafr El Sheikh governorate had launched a campaign targeting residents despite calls by activists to release detainees because of the spread of the coronavirus, known officially as Covid-19.

The Office of the United Nations High Commissioner for Human Rights (OHCHR) has estimated that there are more than 114,000 detainees held in Egypt's prisons.

OHCHR spokesperson Robert Colville called on Egyptian authorities to release detainees due to fears of Covid-19 infections in prisons after a number of other countries had released detainees convicted of non-violent crimes and people in pre-trial detention, who make up about a third of prisoners.

The Alghad TV channel, owned by the UAE and the Palestinian political figure Mohammed Dahlan, has fired 80 workers from the channel's office in Cairo, according to Al-Quds Al-Arabi newspaper.

Those dismissed include journalists and other staff members, as the channel attempted to reduce expenses in light of the coronavirus pandemic, according to the London-based newspaper.

The channel’s management rejected an initiative submitted by those affected by the layoffs, which includes their return to work while waiving part of their salaries until the crisis ends.

Mahmoud Kamel, a member of the Press Syndicate Council, announced that he had received complaints from journalists working for the UAE-owned Alghad Al-Arabi TV channel, stating that the channel’s management had taken a decision to fire more than 80 employees without prior warning or justification, in addition to suspending all recorded programmes.

Kamel stressed that the decision was the first violation of statements and reassurances made by Egyptian President Abdel Fattah el-Sisi, in which he warned the private sector against violating the employees' rights during the crisis.

Although Palestinian citizens of Israel constitute about 20 percent of the population, the percentage of those affected with the virus does not exceed 0.024 percent, according to a report published in Saudi newspaper Al-Sharq Al-Awsat. Some believe that the number of tests carried out on Palestinian citizens of Israel has been insufficient, while others claim that the Israeli Ministry of Health is falsifying the figures, according to Al-Sharq Al-Awsat.

On the other hand, many believe that the numbers are correct, and the reason is simply that the Palestinian citizens have abided by the instructions more than others.

According to the report, Palestinian citizens of Israel are more concerned about being infected because they are not confident that the Israeli government will treat them as well as Jewish citizens if they get infected. 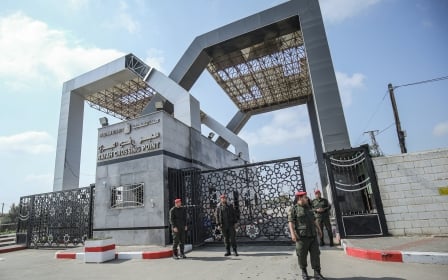