Arabic press review: Dahlan Aid, and the face that launched a thousand protests Photos that emerged over the weekend of boxes of food aid with exiled Palestinian leader Mohammed Dahlan's photo being distributed in Sinai have sparked controversy among Egyptian activists, according to the London-based newspaper al-Quds al-Arabi.

According to the newspaper, Dahlan's supporters distributed the food to people stranded at military checkpoints and other locations in the northern Sinai city of al-Arish.

Activists raised questions about how the aid had been able to reach the checkpoints given the lockdown on the transport of goods in the area, despite appeals from residents, and more broadly about the motivations behind its distribution.

And Egyptian journalists, including Haytham Abo Khail, have questioned whether the reports were accurate.

In addition to "doubts and questions" about his role in the Egyptian army's campaign in Sinai, the newspaper writes that Dahlan has been associated "with attempts to interfere in the domestic policies of many countries".

Turkish President Recep Tayyip Erdogan will visit Jordan soon, following the visit of his foreign minister, Mevlut Cavusoglu, who is in Amman on Monday.

Cavusoglu announced the president's forthcoming visit during a meeting with Jordan's Turkish community, although an official date has not been set, according to Jordanian daily newspaper Assabeel.

Jordan's King Abdullah visited Ankara last December amid regional tensions over the US decision to recognise Jerusalem as the capital of Israel.

An Egyptian journalist has been arrested on charges that she incited the abduction of children, news site Arabi21 reports.

Reham Saeed, host of the TV show Sabaya al-Khair, and members of her staff had recently produced an episode about child trafficking and abduction.

They were held in custody for four days as the Cairo Prosecutor's Office investigated the case.

In addition to inciting abduction, Saeed has been charged with conspiring and assisting in the kidnapping of children and broadcasting false news.

Life under IS 'a real hell'

Details of life in the Islamic State "caliphate" continue to emerge in the trial of 10 Algerians, who are accused of recruiting fighters for the militant group, Algerian daily newspaper al-Shourouk reports.

One of the defendants said during eight months in 2015 that he spent travelling between conflict zones in Syria and Iraq, he had lived through "a real hell", witnessing the torture of children and rape of women.

He also claimed that the Turkish army allowed foreign fighters to cross into Syria, explaining how he had been able to reach the northern Syrian city of Aleppo by foot. 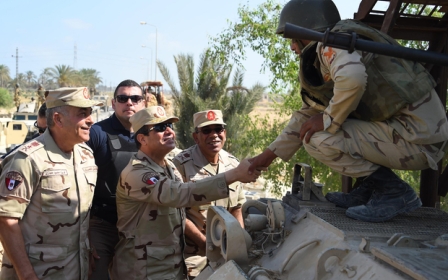 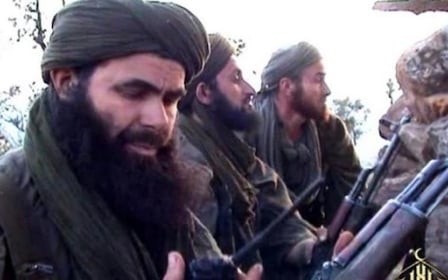