Supporters of Libyan military strongman Khalifa Haftar take part in a demonstration in the coastal city of Benghazi in eastern Libya, against Turkish intervention in the country's affairs (AFP)
By
Mohammad Ayesh

Well-informed sources said that Saudi Arabia and the UAE were exerting pressure on Egypt to launch a direct military intervention in Libya after military commander Khalifa Haftar suffered heavy losses at the hands of the forces of the internationally recognised Government of National Accord (GNA), according to Al-Akhbar newspaper.

The sources said that this pressure is offset by attempts by Turkey - who backed the GNA - to neutralise Cairo, especially with the large costs and losses that Egypt should it act on Saudi-UAE pressures.

Until now, Egypt has refused direct military intervention - even as it interferes indirectly - and this refusal is linked to the Egyptian desire for good relations with the Libyans. Though some Libyans might accept the intervention today, it could be damaging in the future.

The sources added that “Cairo informed Abu Dhabi and Riyadh that it was participating in support and assistance operations without declaration,” knowing that its only declared intervention was to bomb militant groups that had massacred a number of Egyptian Copts in 2015.

A number of Jordanian prisoners are risking death in UAE prisons after being infected with coronavirus, including two who spent 10 years in prison because of comments they wrote on WhatsApp, according to Arabi21.

The family of two detained Jordanian brothers demanded that King Abdullah II intercede with the UAE authorities to release them after it was found that they were among a group of detainees currently infected with Covid-19. They are among four Jordanians who were arrested together in 2015 on charges of writing comments on a WhatsApp group before being sentenced to 10 years in prison.

“Our children are infected with coronavirus. They already suffer from several chronic diseases and neglect in everything, whether medically or in terms of hygiene and food.

"The cells of the detainees are not suitable even for animals, and my son's weight is more than 20kg below the normal weight. His immunity is weak, and he is suffering from insomnia,” said Roukaya, the mother of detainee Bahaa Matar, to Arabi21.

“My son was arrested in 2015 by state security men in the UAE, along with four Jordanians, after circulating a video criticising the Saudi role in the Yemen war. In 2018, they were sentenced to 10 years in prison and a fine of 1 million dirhams ($300,000). He spent five years of it,” she added regarding the conditions of detention.

A Syrian economist has suggested that the recovery witnessed by the Syrian pound after its recent sharp decline was due to unspecified economic support from the UAE for the government of President Bashar al-Assad, according to the London-based newspaper Al-Quds Al-Arabi.

The Syrian pound recovered part of the large losses suffered during the past week, against foreign currencies, and achieved a rapid improvement in local markets, as the price of the US dollar fell to about 2,000 pounds, after it had previously exceeded 3,500 pounds.

Economic estimations attributed the fast improvement in the performance of the Syrian currency to several factors, such as speculation, security measures taken by the Syrian government to stop the fall of the pound, as well as unconfirmed news of the move of international and Arab governments to support the currency. “The measures taken by the Syrian regime, and its pressure on companies and capital owners to pump foreign currency into local markets, have led to an improvement in the value of the Syrian pound,” said Khaled al-Terkawi, the economic advisor at research group Jusoor for Studies.

Al-Terkawi said that “the UAE leadership did not hide its support for the Syrian regime, and earlier contacts were announced with ...President Bashar al-Assad,” in an indication that Abu Dhabi may be behind the halt in the deterioration of the Syrian pound.

A Kuwait government document has revealed new proposals by the Ministry of Economic Affairs aimed at increasing fees for migrant services by 150 percent, according to the London-based newspaper Al-Araby Al-Jadeed.

The document clarified that the increase in residency renewal fees, restricting the granting of entry visas to the family, and doubling the fees for electricity and government transactions, education, health and insurance, are being discussed, noting that the new procedures may begin to be applied in early September.

The document included suspending the renewal of residence for those over 60, suspending the exceptions to fees granted to some jobs - such as consultants in government agencies - and reducing privileges; increasing the percentage of Kuwaitis in ministries and government agencies; and limiting each migrant community to a maximum 30 percent of the total number of expatriates in the country.

Kuwait has a population of about 5 million, including 1,450,000 Kuwaitis, about 29 percent of the population, compared to 3,550,000 immigrants, according to a statistic of the Civil Information Authority in Kuwait. 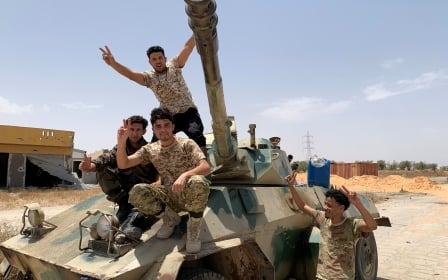