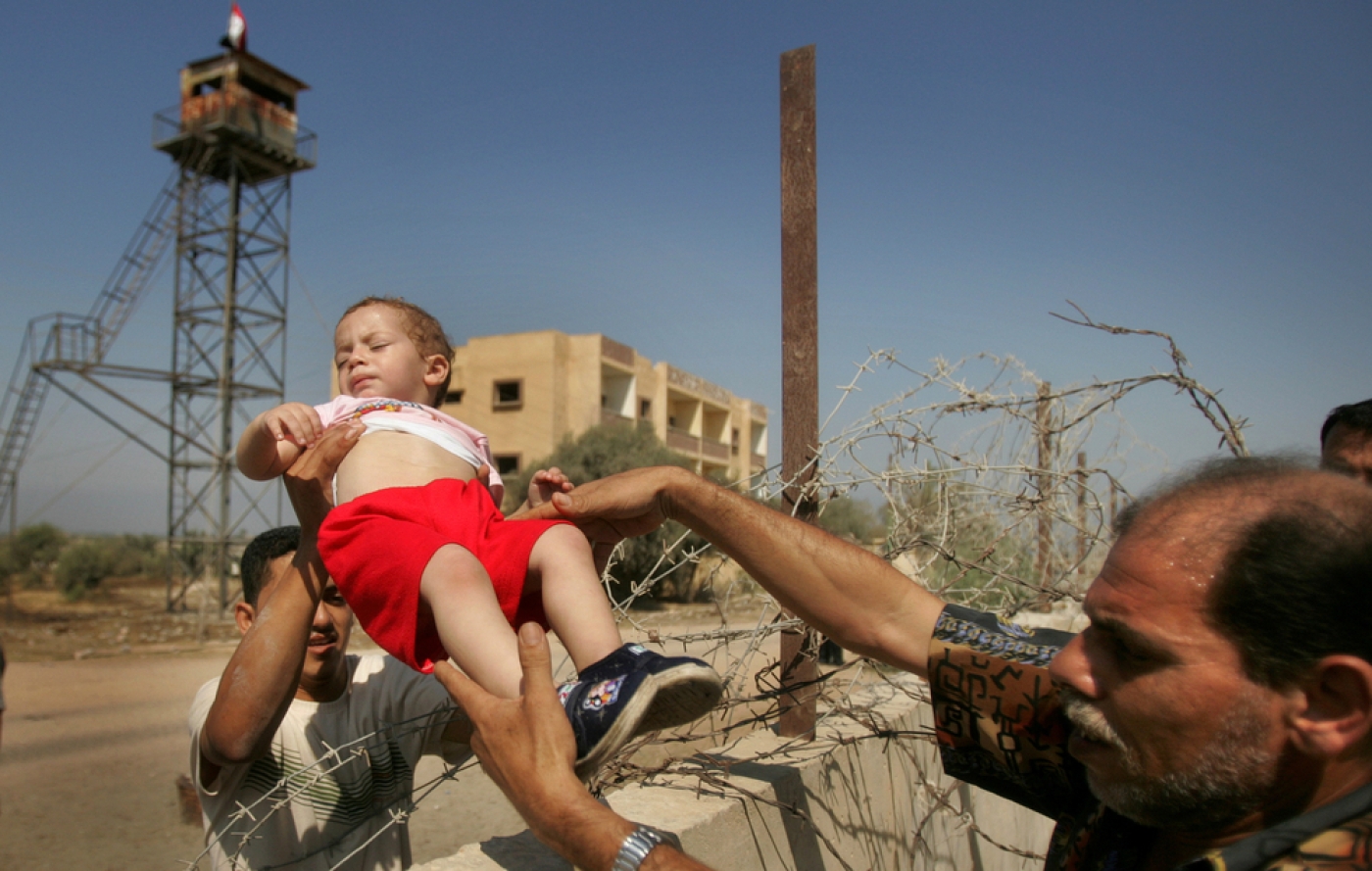 Leaving the Gaza Strip for Egypt through the Rafah crossing is a rare, expensive and laborious process for many Palestinians. For some, it can be dangerous too.

At least 15 Gazans who have passed through the besieged enclave's main gate into Egypt since 2015 have gone missing, according to Lebanese media, leaving their families on edge and grasping for any information.

While some of that number were known members of armed groups - such as the Qassam Brigades - there were also women, and men travelling to study and visit sick relatives.

When information on their whereabouts does emerge, from Egyptian as well as Palestinian authorities, it is often opaque at best, or simply inaccurate.

Hussam Abu Watfeh, a 32-year-old civil engineer and father of two, is one of those thought to have disappeared. His last contact with relatives was on 12 April, the day he travelled to Egypt via Rafah.

"All the information we got from the Palestinian embassy in Cairo was false," Samed Abu Watfeh, a cousin of Hussam Abu Watfeh, told Middle East Eye.

"He left Gaza on Thursday morning and we lost contact with him the moment he crossed."

Samed Abu Watfeh said he believed his cousin, along with three others, were arrested by Egyptian security forces.

"My uncle and relatives saw Hussam on the Egyptian side, and he told them that the Egyptians were going to put him on the deportation bus."

"Deportation buses" are used to transport Gazans picked up by the Egyptian authorities to Cairo International Airport, where immigration officers send them on to other destinations.

Gazans complain that this policy is often applied regardless of having an Egyptian visa or residency permit.

This appears to have been the fate of Hussam Abu Watfeh, who was carrying an Egyptian visa and was intending to travel on to Qatar to visit his sick parents, according to his cousin.

Samed Abu Watfeh said his cousin had crossed the Rafah border several times before without incident. Now his family are desperate to know, was he kidnapped, disappeared or arrested?

Rafah border crossing is Gaza's main gate to the outside world and a lifeline for the two million Palestinians living in the besieged enclave.

Gazans associate the crossing with long queues, hours of waiting and piles of luggage. It is also a reminder of the joint Israeli and Egyptian-imposed air, land and sea blockade that has been placed on the Gaza Strip since 2007.

Since 2015, when Egypt clamped down on security after a number of militant attacks in the bordering Sinai peninsula, Rafah's giant black gate has mostly stood shut.

It opens only for three to four days every two to three months for ordinary travellers, such as students, holidaymakers, families and people working abroad. Sometimes, the crossing opens for strictly "humanitarian cases".

The Egyptian's blockade of Gaza began in June 2007, when Islamist movement Hamas took control of the coastal enclave and ejected its Fatah rival, in a rift that the two are trying to bridge to this day.

Reconciliation between Hamas and the Fatah-dominated Palestinian Authority in the West Bank has repeatedly proved out of reach, with recent efforts descending into acrimony as the two trade blame for an assassination attempt on Palestinian Prime Minister Rami Hamdallah on 13 March.

While reconciliation attempts come and go, the situation for Gazans on the ground has not improved.

In fact, 2017 was the worst year for Gazans at Rafah, which was open on only 29 days, compared to 35 in 2009, a year that witnessed a devastating Israeli war on Gaza and rising tensions between Hamas and the PA.

Not even a reconciliation deal signed between Hamas and the Palestinian Authority in Cairo last October, which allowed PA security forces to operate on the Palestinian side of Rafah from December, encouraged a loosening of restrictions.

That deal fell apart in March.

Gazans told MEE that crossing at Rafah has never been a pleasant experience. A list of names of those allowed to cross is announced with less than six hours notice on the Gazan ministry of interior and national security's website.

Travellers are then expected to show up between 3am and 6am the following morning at the crossing's Abu Yousef al-Najjar hall for a sorting process and long wait as they prepare to leave.

Abdeldaim Abu Libdeh was one of four members of the Qassam Brigades who disappeared on 19 August, 2015 - the first people to go missing after Rafah was opened.

But his mother told MEE the 27-year-old was travelling to Turkey to study for a degree in information technology engineering.

"It is almost a 1,000 days since he disappeared. The last time he called me was before boarding the deportation bus, and his phone has been turned off since then," Umm Abdeldaim said.

"People who were with him on the bus told me that armed, masked men stopped the bus on its way to Cairo, and shouted Abdeldaim's name [instructing him] to follow them."

She does not know her son's fate. The most information Umm Abdeldaim has received is a picture sent to her by a friend who claimed it had been posted on Facebook, in which she recognised her son crouching in a crowded corridor against a wall and wearing a white vest.

She said it might have been taken in one of Egypt's detention centres. MEE could not verify the authenticity of the picture supplied.

Many Gazans picked up by the Egyptian authorities manage to leave custody and make it home.

One Palestinian who had been arrested, and wished to remain anonymous due to concerns for his safety, told MEE of his experience.

The engineering student said that he was taken by authorities while he was walking in the streets of Cairo one evening.

"Armed, masked men attacked me and put me in a police vehicle. They took me to their headquarters, four floors underground," he said.

He was held for two months before being sent back to the Gaza Strip.

"I was traumatised. Every single person that has disappeared or been kidnapped in Egypt faces the same experience," he said.

How many days has Rafah crossing been open?

"They arrested me for no reason and blindfolded me, and asked me to take off my clothes. When I asked why I should do that, they started beating me. They forced me to eat while blindfolded."

He said that he was given a number instead of his name, and this was the same for other prisoners.

"They gave me two options: stay in the corridor with the other prisoners, or go to a cell. I opted for the cell, which was as dirty as a toilet. The corridor was full of police," he said.

According to the Palestinian, the police constantly threatened him with rape and cursed at him while he was naked.

"They kept asking me if I was part of a Palestinian political organisation or a militia. I was not. They used all methods of torture, from beating to electric shocks. I was beaten from morning until 9pm."

His interrogators' aim, the student said, was to collect as much information as possible about Gaza.

"They asked about streets, particular places and figures. They did not ask me about Egypt or anything I had done in Egypt."

Worn down by abuse, the engineering student said that he collapsed and confessed to being a militant.

"I could not stand the torture," he said. "They kept saying to me, 'confess that you are a militant', and this what I did and started to invent stories to stop the torture."

Now blacklisted by the Egyptian authorities, he said he had no chance of ever leaving Gaza again.

No one is asking

Samed Abu Watfeh, the cousin of Hussam Abu Watfeh, told MEE that his relative also had no connection with any faction in Gaza.

In an attempt to draw attention to the case and encourage authorities to release information about his brother, Samed Abu Watfeh recently organised a protest in front of the Gaza headquarters of the Red Cross.

Support from the families of other missing Palestinians was not forthcoming, however, which Samed Abu Watfeh said was down to fear such behaviour would encourage the Egyptian authorities to retaliate against their family members and blacklist their names.

Attempts to gain any clues about Hussam Abu Watfeh's whereabouts have led his family nowhere.

"We contacted the Palestinian ambassador in Cairo and the Rafah crossing manager, but both could not say where Hussam was and why he disappeared," he said, adding that the PA's embassy in Cairo was little help as well.

Even if my son was Hamas I have the right to know where he is, what the charges are against him and why he disappeared

"They told us that Hussam was in Cairo airport waiting for a ticket, but this was a lie."

Abu Libdeh's mother said Hamas launched a campaign demanding information about the disappeared Gazans in August 2015, "but this changed after the [October Hamas-PA] reconciliation deal. No one is asking after Abdeldaim."

His mother said that Abdeldaim is a pious young man and he was leaning towards Hamas at the time of his disappearance.

"But he is not a leader in Hamas. If he was a Hamas member I would not stay one day in my job at Al-Azhar University, which belongs to the Palestinian Authority in Ramallah," she said.

"But even if my son was a Hamas member I have the right to know where he is, what the charges are against him and why he disappeared."

Middle East Eye sent questions to Hamas and the Egyptian authorities through the country's embassy in London but did not receive answers at the time of publication. Calls to the Palestinian Authority in Cairo were unanswered.

Ibrahim al-Madhoun, a political analyst in the Gaza Strip, told MEE that political groups in Gaza, including Hamas, find this an embarrassing topic to talk about.

"It is an embarrassing and complicated topic for Hamas and the Palestinian factions. Simply, because Hamas would like to maintain good ties with the Egyptian authorities and do not want tensions," Madhoun said.

He added that Egypt and Hamas are the main parties responsible for getting to the bottom of the disappeared Gazans' cases, and families of the missing are in a perilous situation - they want their children back, but cannot publicly push for demands in fear of the Egyptian authorities retaliating.

"If the topic goes public in the media Egyptian authorities could mistakenly interpret it as Hamas pressuring them," Madhoun said. 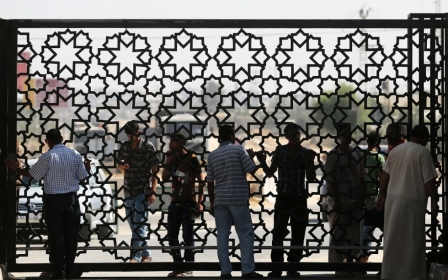 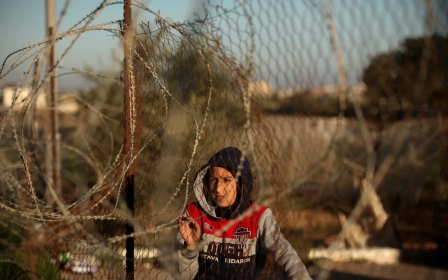 Gaza aftermath
In Rafah, a tale of two cities 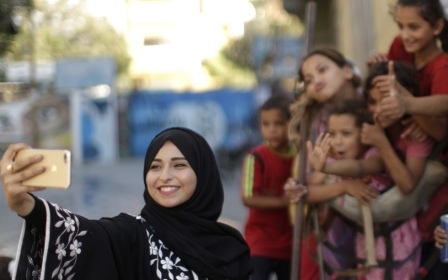