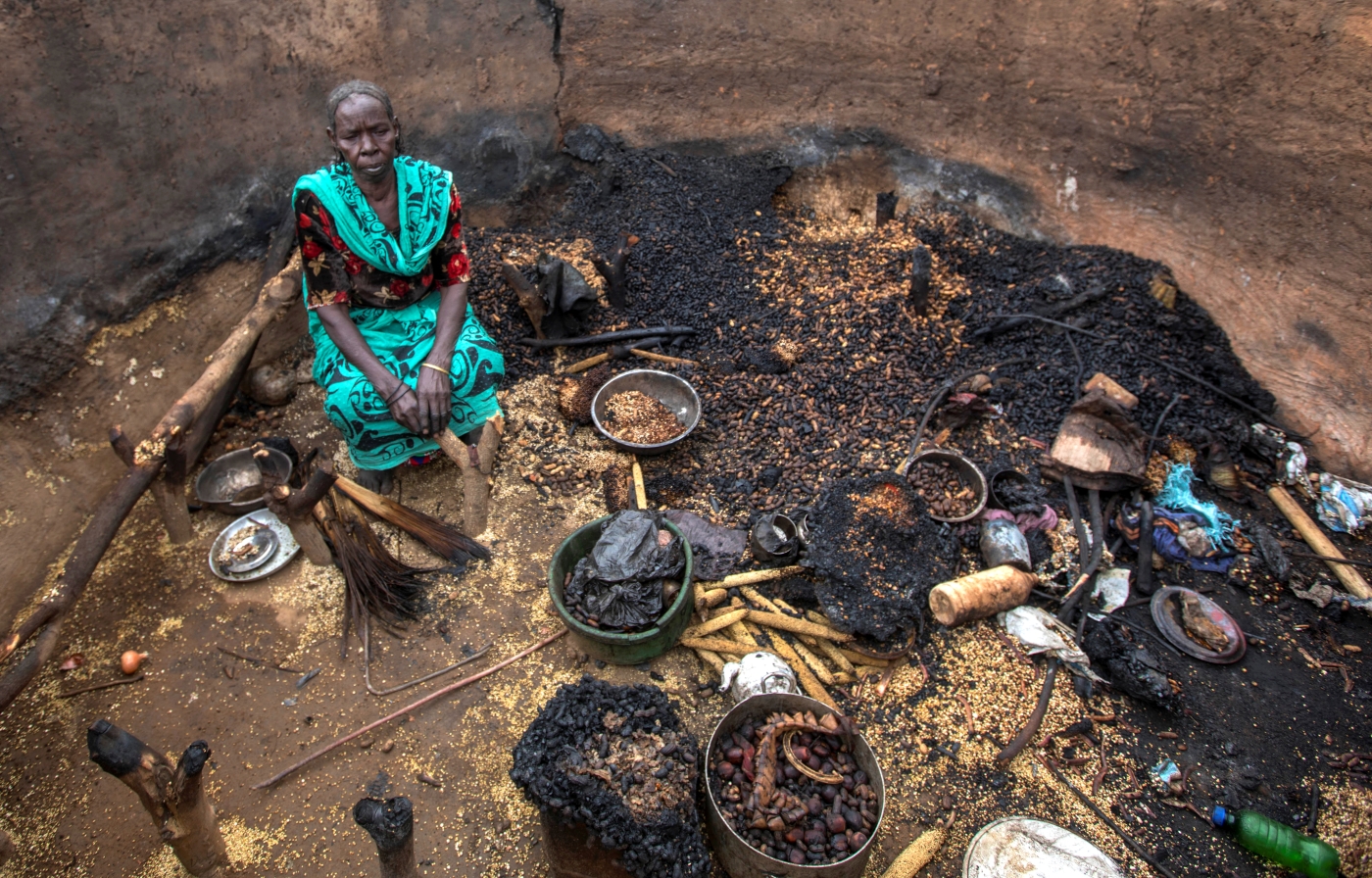 In the village of Deleij in central Darfur, Mohammed Adam Ramadan, who had settled there, displaced from elsewhere in the region by its long conflict, was killed last Sunday.

The fighters responsible returned later in the day, and then again on Monday, firing on locals and other internally displaced Darfuris in Deleij’s market and burning 100 homes.

At least 17 people were killed and 15 injured in the attacks, the UN was eventually able to confirm by Thursday, but with an ongoing internet blackout imposed by Sudan’s ruling military council, the exact details and scale of that violence have mostly remained unclear.

Activists relayed witness accounts pinning the violence on the “Janjaweed,” referring to the notorious militias the government’s Rapid Support Forces (RSF) paramilitary was largely formed from, as did the opposition-aligned Sudanese Doctors’ Union, who confirmed the first of the deaths.

The joint UN and African Union peacekeeper force UNAMID has publicly spoken about “clashes between nomads and residents”.

But an internal UNAMID report quoted local sources saying RSF forces had supported the assailants, who went on to loot the markets and Deleij’s camp for people internally displaced by the war, in which the government has campaigned against Darfuri rebels since 2003 in an operation which has been accused of amounting to genocide.

Sudan’s internet restrictions increased panic about the attack, fuelling the spread of rumours and misattributed videos in the absence of verified information.

But as activists and rights groups have been emphasising this week, even with internet available over the past year, there have been dozens of attacks on Darfuri villages that have been under-reported, even as peacekeeping forces have been scaling down their presence in Darfur.

'There will be no line of defence'

Amnesty International warned against withdrawal on Tuesday, releasing a report that drew from satellite imagery to document the destruction of at least 45 villages in Darfur between July 2018 and February 2019.

The report said there was evidence of an ongoing “scorched earth” campaign that involved “unlawful killings, sexual violence, systematic looting, and forced displacement” in attacks that in many cases had gone unreported by UNAMID.

Much of that violence has centred on Jebel Marra in central Darfur, the last remaining foothold for Sudanese rebels and where internally displaced Darfuris have sought refuge near a UNAMID base.

“Given you have the very forces who committed abuses during the past year, and crimes of humanity not long ago, still in charge of these areas in Jebel Marra, and you have tens of thousands civilians taking refuge in the area around UNAMID camps,” he said. “Its mere presence on the ground in Jebel Marra is creating real protection for civilians.

“If UNAMID withdraws there will be no line of defence against those forces from committing abuses.”

The peacekeeping force is supposed to end its mission in June 2020 and its own evaluations of the gradual withdrawal that has already taken place states that the task is on track.

The same document, however, also admitted that that most of the 23 UNAMID sites already vacated have been taken over by military forces, contrary to agreements with the Sudanese government for their use as civilian buildings.

The ruling military council, which ousted President Omar al-Bashir in April and now themselves face protests demanding civilian rule, issued a demand in May for UNAMID to hand over all of its bases to the RSF.

That has caused particular concern because of the RSF’s roots in the Janjaweed militias, accused of decimating villages and killing around 300,000, according to the UN.

“Essentially they have constructed and are now handing over the bases to the security force that is most responsible for the crimes against the people that UNAMID was put in place to protect,” said Loeb.

RSF leader Mohammed Hamdan Dagolo, known as Hemeti, has risen to prominence amid Sudan’s political upheaval, acting as the deputy leader of the military council while his forces have become dominant in Khartoum.

They have been accused of several attacks on protesters, including the 3 June dispersal of a two-month sit-in outside the country’s military headquarters and subsequent violence around the capital.

'Significant change in the security situation in Darfur'

UN Assistant Secretary-General for Human Rights Andrew Gilmour told the UN’s security council on Friday that there had also been an increase in human rights abuses in Darfur and attacks on protesters forming their own sit-ins in Darfur’s main cities and camp in solidarity with Khartoum.

Gilmour said 163 civilians in Darfur had been detained for protests and at least 47 people have been killed over the past three months.

He was briefing the security council before a 27 June vote on renewing the peacekeeping mission’s mandate which has increased the urgency among rights groups to pressure the council into maintaining a protective peacekeeping presence.

“The human rights section in UNAMID has received accounts of intensified attacks and harassment of civilians and looting of houses and livestock by Rapid Support Forces,” he said. “We believe that many cases in Darfur remain invisible and under-reported due to lack of access to some parts of the region.”

One of the conditions of the withdrawal set by the UN was for a stable security situation to remain but critics have pointed out that the RSF have allegedly been involved in ongoing violence in Darfur, as well as Khartoum and other conflict areas like the Blue Nile and South Kordofan.

“Human Rights Watch has repeatedly warned that the downsizing reflected a false narrative about Darfur’s war ending and would severely undermine the peacekeepers’ ability to monitor human rights and protect civilians across a still-volatile region,” Human Rights Watch said in a statement.

The rise of the military council and its recent crackdown on protesters also reflects a change in the country’s situation, according to Fred Carver, head of policy at the independent UN Association in the UK.

“Security Council members and civil society stressed that the drawdown must be reversible if the situation requires it,” he told MEE.

“We are very clearly witnessing a significant change in the security situation in Darfur and that should provide cause to halt the drawdown.”

A day after the military council demanded a handover of UN bases to the RSF in mid-May, several UNAMID-run camps were looted by crowds that included members in army and police uniforms.

Referring to the incident in a message to UN staff in Sudan recently, UN Secretary-General Antonio Guterres said the “drawdown of personnel may face new obstacles”.

Despite the rising concern over the situation in Darfur, UN guidance appears to suggest continuing with the June 2020 withdrawal. By train and by plane, Sudan's people gather to protest for a new nation
Read More »

Also briefing the security council ahead of the June vote, UN Peacekeeping chief Jean-Pierre Lacroix said the handover of bases to the government had been suspended until the military council rescinds its demand to pass them over to the RSF.

But he also said the peacekeeping force “is no longer the most appropriate tool” for Darfur and that the drawdown should continue.

The UN's evaluations have been heavily criticised by Amnesty and Loeb described the organisation's evaluation of the withdrawal's progress as "an incomplete, inaccurate and, in my personal view, an irresponsible document".

"What they don’t take seriously at all, even in one possible scenario, is the idea of a return of mass violence to Darfur," he said.

Carver said it was not possible to speculate on how the council would vote but that while the UK and France were nominally supportive of UNAMID, Russia and China were ambivalent, and the US was keen to reduce the mission’s size.

“Until recently, no one was that overtly hostile to the mission but no one was that enthusiastic about it either, and the general sense was that it would be nice to see it slowly and quietly wind down,” he said.

“I don’t know how more recent developments have changed this dynamic.” US Sanctions
Sudan: Could civilian-led government get country off US terror blacklist? 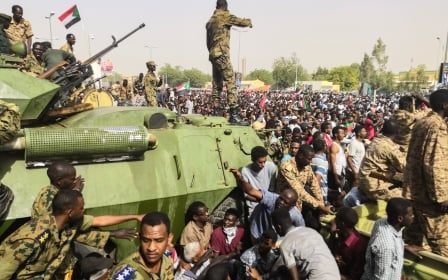